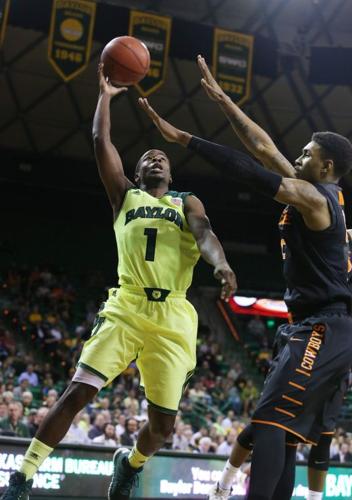 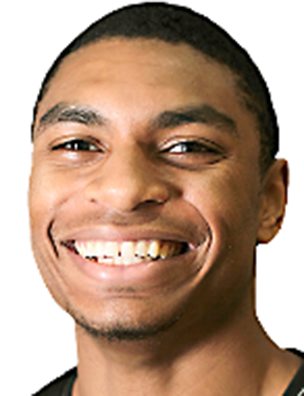 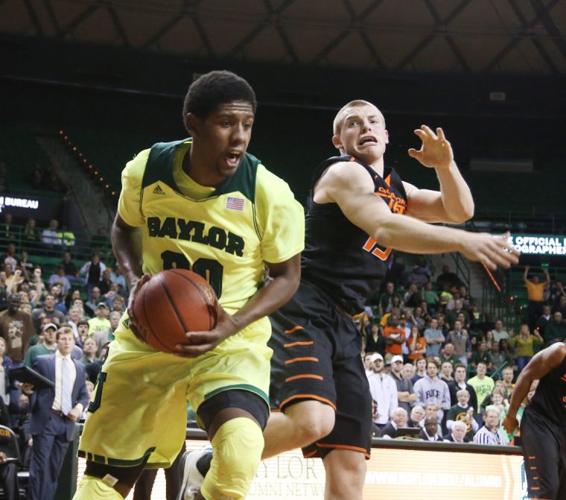 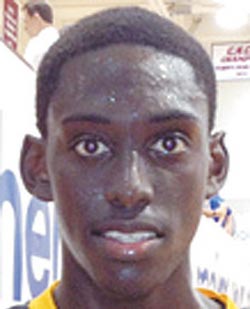 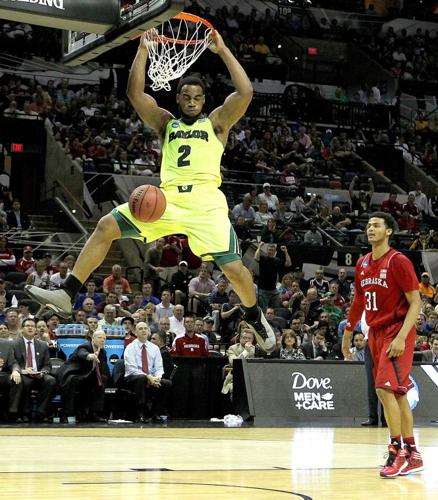 Baylor’ forward Rico Gathers figures to be a starter in 2015.

One October, back when I was in junior high school, I tore a sheet of notebook paper out of my three-ring binder and began busying myself with the task of predicting every starting lineup in the NBA. Nearly 30 years later, I still enjoy playing armchair coach and figuring out different lineups.

Certainly, the Baylor basketball team will feature a new-look starting five next year, given the departures of Isaiah Austin, Cory Jefferson, Brady Heslip and Gary Franklin.

PG: Kenny Chery. A given, of course. Chery’s steady play quarterbacking the offense fueled Baylor’s late-season surge. The Bears may need him to up his 11.5-point scoring average, while maintaining his solid assist-to-turnover ratio.

SG: Allerik “Al” Freeman. Scott Drew could go a number of different directions in the backcourt, as juco transfer Lester Medford and high school signee Kobe Eubanks also figure to be in the mix for minutes. But Freeman, who sat out last year after transferring from UCLA, could excel as a combo guard, as he’s blessed with a superior handle and the ability to get to the rack in a hurry.

SF: Royce O’Neale. The other returning starter besides Chery, O’Neale played the “glue guy” role this season, sticking his nose in wherever Baylor needed. I love his shot selection — he knocked down 52 percent from the field — but like Chery he’ll probably be counted on to score more next year.

PF: Johnathan Motley. The 6-foot-9 freshman from Galena Park North Shore is highly regarded for his athleticism and shooting touch. He still needs to bulk up a bit, but he seemingly has the potential to develop as a Cory Jefferson-type contributor in the frontcourt. He redshirted this past year, and the Baylor coaches are really high on him. Also in line for minutes will be newly signed Deng Deng, a 6-foot-8 juco transfer from Lee College in Baytown.

C/PF: Rico Gathers. Obviously Gathers isn’t a true center, but that’s less of a big deal in the college game. He’s certainly strong enough to hold his own in the post. Whenever I look at Rico, I think “middle linebacker” more than I do “basketball player.” He definitely puts the power in power forward. My colleague John Werner said he thinks Gathers has the potential to lead the Big 12 in rebounding next year, and that could be in play. He averaged 6.4 boards a game in just 17 minutes of action this year, and another 10 minutes per game should yield double-digit caroms. Gathers’ main offseason focus needs to be on his atrocious free throw shooting (58 percent), so teams can’t forge a Rough-a-Rico strategy.

Baylor basketball signee Kobe Eubanks hasn’t been cleared to play by the NCAA and won’t enroll at the university for the fall semester.

Pop culture, media, the arts and other stuff.

Baylor’ forward Rico Gathers figures to be a starter in 2015.