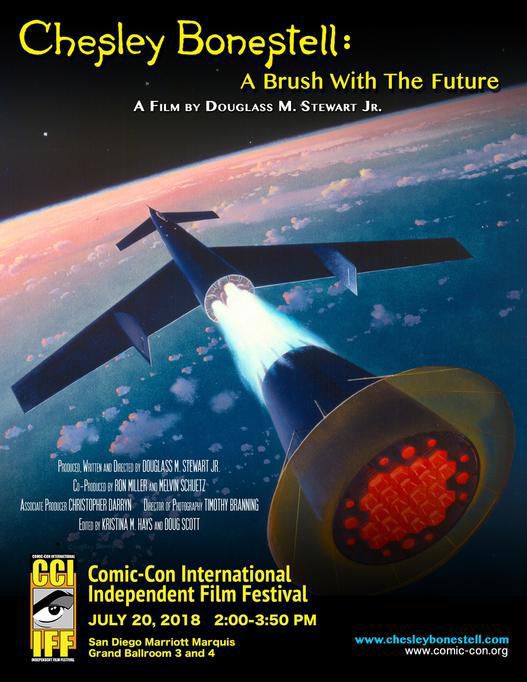 An IMAX version of Stanley Kubrick's 1968 sci-fi masterpiece "2001: A Space Odyssey" will be screened nationally, including in Waco, beginning Friday.

Space aficionados, well, more specifically fans of space as it's captured in print and film, have two films they may want to see when they come to Waco for a limited run.

Opening Friday at the AMC Classic Galaxy 16 is an IMAX version of Stanley Kubrick's 1968 visual masterpiece "2001: A Space Odyssey," whose special effects had a lasting influence on science fiction movies.

To celebrate the 50th anniversary of this landmark film, Warner Bros. released a restored large-screen 70mm print at a handful of theaters earlier this year. An IMAX version that approximates the visually denser large-format image through overlapping digital projections is being shown nationwide for a one-week engagement, including the IMAX screens at Waco's AMC Classic Galaxy 16.

The second movie coming to Waco on Oct. 29 is more of a space art film, the documentary "Chesley Bonestell: A Brush With The Future." It's about the work and legacy of American artist Chesley Bonestell, whose vistas of planets and stars stirred the imaginations of a generation that would launch the Space Age in the 1950s and 1960s. Baylor library staffer Melvin Schuetz, a walking repository of Bonestell knowledge, served as a co-producer on the film, which won Best Documentary at this summer's Comic-Con International Film Festival.

The movie will screen Oct. 29 at the Waco Hippodrome, part of the Movie Monday series sponsored by Baylor's Student Activities department and open to the public. Admission is free, but advance tickets for seating are available here.

That series, by the way, will show the Fred Rogers documentary "Won't You Be My Neighbor," at 7 p.m. Monday , for those who may have missed its Waco screening earlier this summer, and "RBG," the acclaimed documentary on Supreme Court Justice Ruth Bader Ginsburg, on Sept. 24.

Spike in food assistance needs easing in Waco area, though summer challenges ahead

Pop culture, media, the arts and other stuff.

An IMAX version of Stanley Kubrick's 1968 sci-fi masterpiece "2001: A Space Odyssey" will be screened nationally, including in Waco, beginning Friday.