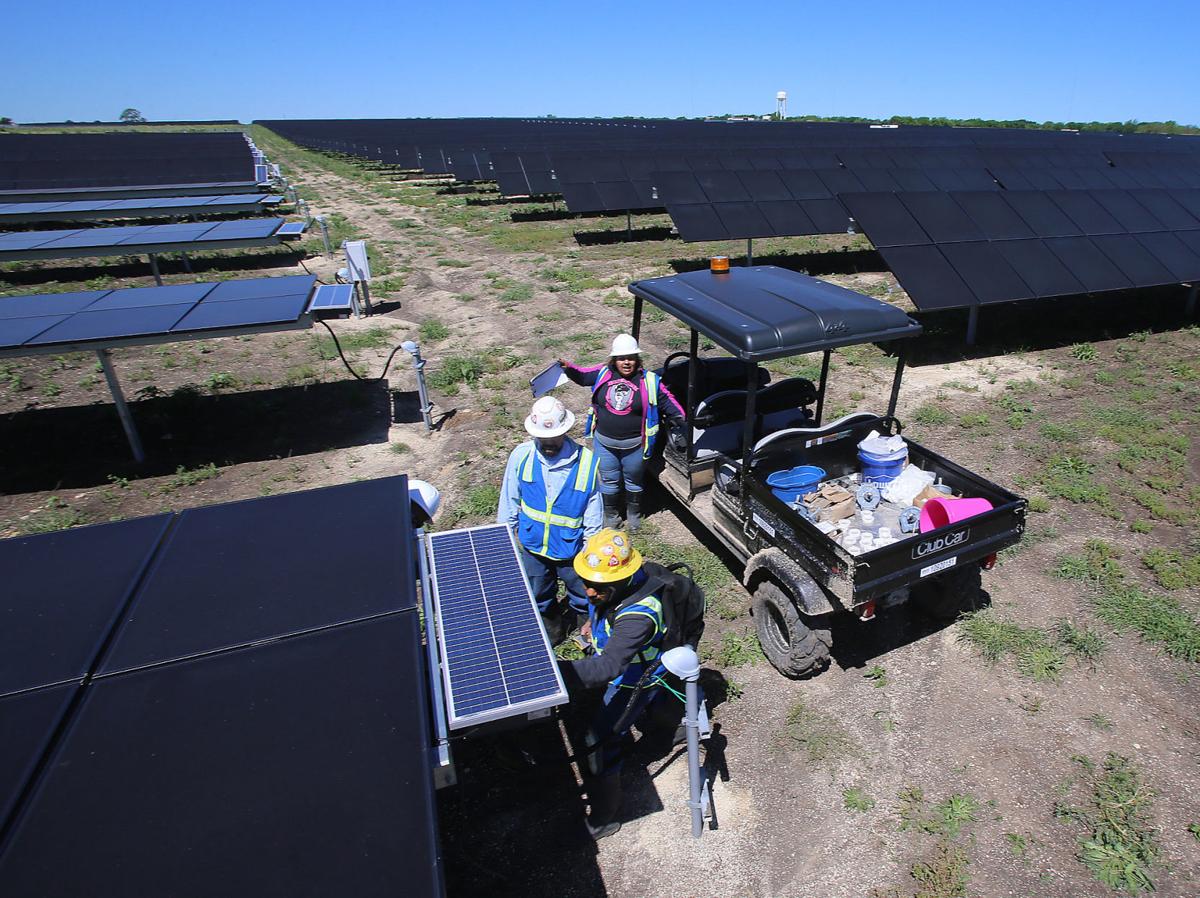 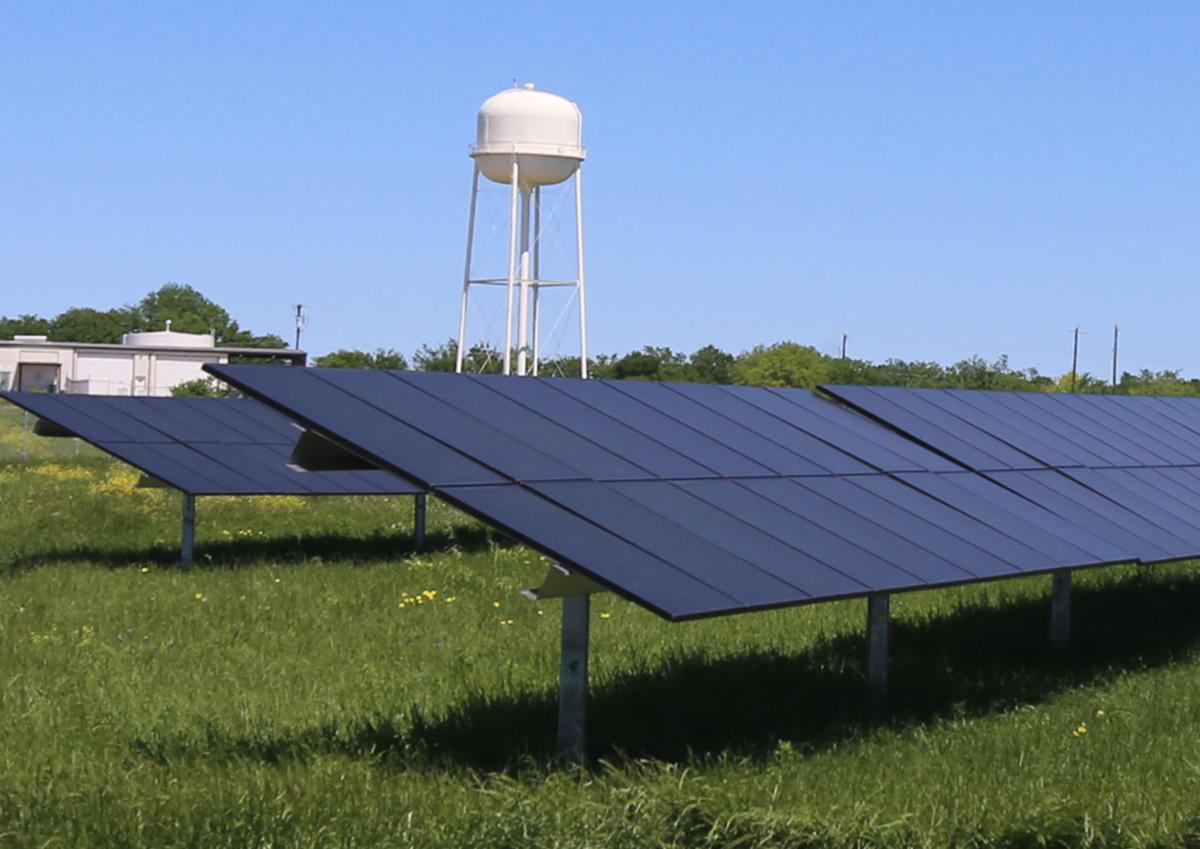 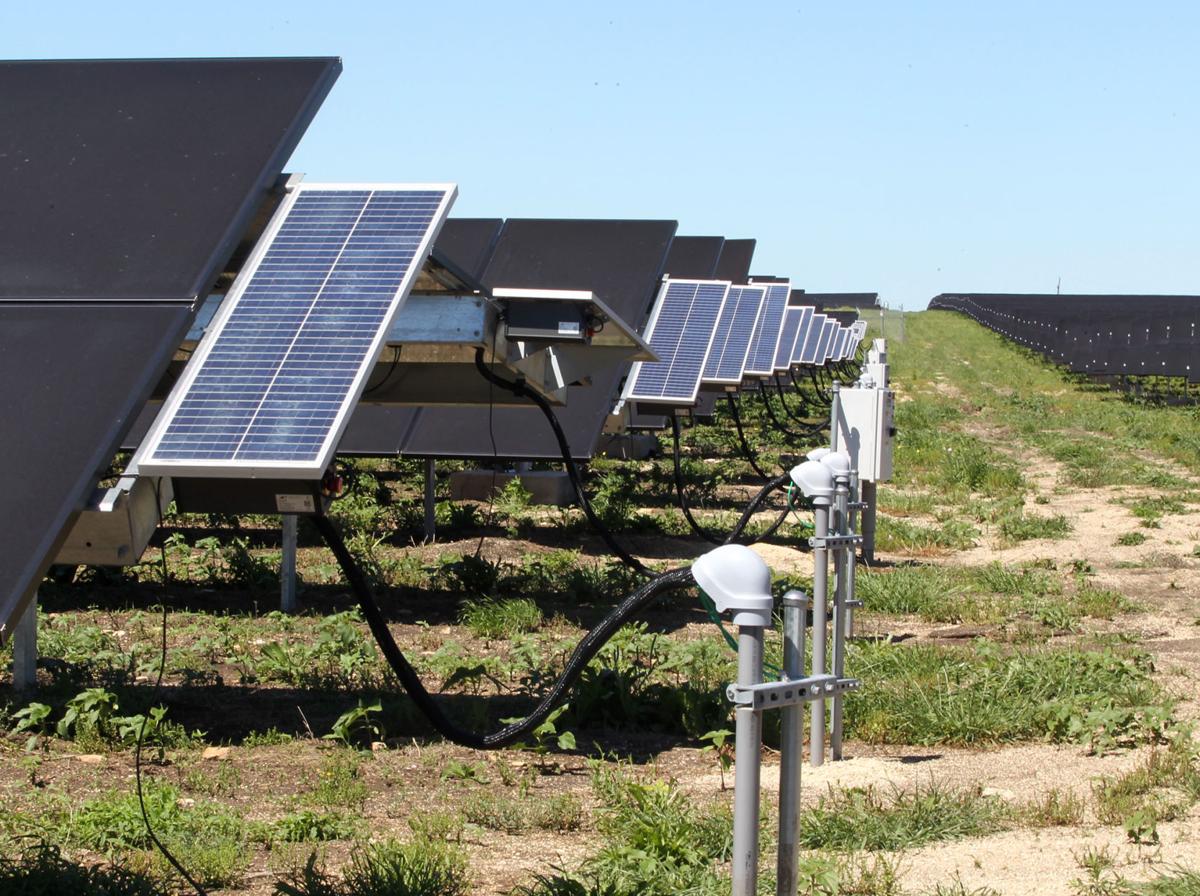 Affectionately known as Eddy II, the solar farm in Bruceville-Eddy is a ray of sunshine to McLennan County Commissioner Kelly Snell.

“I drive out there pretty often. It’s beautiful,” said Snell, who represents Precinct 1 and joined other commissioners in approving tax breaks for the $13 million project. Sprawling across nearly 90 acres, Eddy II packs a 10-megawatt wallop, enough to provide energy to 1,300 homes annually.

It became active in November, and the electricity it generates belongs to NRG Energy, Cypress Creek Renewables spokeswoman Ally Copple said. The California-based Cypress Creek developed the site, with financial assistance from the Starbucks Coffee Company.

Solar still accounts for less than 1 percent of the power generation in Texas, but its influence is growing. Last year, the state ranked second in the country for solar capacity additions, up from No. 4 in 2017 and No. 6 in 2016, Copple said, citing a report from the Solar Energy Industries Association.

Both “saw installations that surpassed legacy markets Maryland and Massachusetts last year, signaling new state-level leadership on residential solar development,” the report states. “In 2018, we saw a pivot away from legacy, incentive-driven markets and the emergence of low-penetration markets with limited third-party ownership options, good (private venture) resources, and low electricity rates — a trend we expect to continue.”

Seattle-based Starbucks, which seemingly runs a coffee shop on every other street corner, has noticed Texas’ new sunny disposition.

It has teamed with Cypress Creek Renewables and U.S. Bank to generate enough juice to power 360 Starbucks outlets, including locations in Houston, Dallas, Fort Worth, Plano and Arlington, according to a press release.

Starbucks and U.S. Bank previously collaborated on a 47-megawatt solar farm in Maxton, North Carolina, that powers 600 Starbucks stores, according to the press release.

Rebecca Zimmer, Starbucks director of global environmental impact, wrote in the press release that the deals reflect Starbucks’ 30-year legacy in environmental leadership “as we know the planet is our most important partner.”

Meanwhile, Cypress Creek Renewables soon will start construction on a 5-megawatt solar farm in Robinson that will have the capacity to provide electricity to 640 homes annually, Copple said.

Called Griffin Solar, it could become operational by fall. The Robinson City Council approved a special-use permit and a zoning change on acreage along Greig Drive. Robinson officials and McLennan County commissioners also approved tax breaks for the Robinson project, once estimated to cost $6 million to $9 million.

“Site work, I believe, has been completed, and construction should start at any time, if it hasn’t already,” said Justin French, director of planning and development for the city of Robinson.

“Sure, we give tax breaks for a time, but we’re still generating more taxes than we would on farmland,” Snell said. “These solar sites are unique in their proximity to substations, whereas other power has to come from a generating source. It’s good to have solar during times of peak demand. Their input to the distribution system, the grid, can help prevent brownouts.”

He said the county benefits with nearly every solar project.

“They’re not polluting, not using coal, not using natural gas,” he said. “They are a good green way to go any time we can get them.”

McLennan County Judge Scott Felton said Cypress Creek’s local ambitions reveal “that our county appeals to a variety of businesses. Diversity in our tax base is important in that we have less risk of segments of our local economy taking economic downturns. Additionally, Cypress Creek provides diversity in power generation sources. It’s a perfect fit for us.”

A Chicago company is taking steps to place a $500 million, 500-megawatt solar farm in Falls County that would feature 1.6 million solar panels… 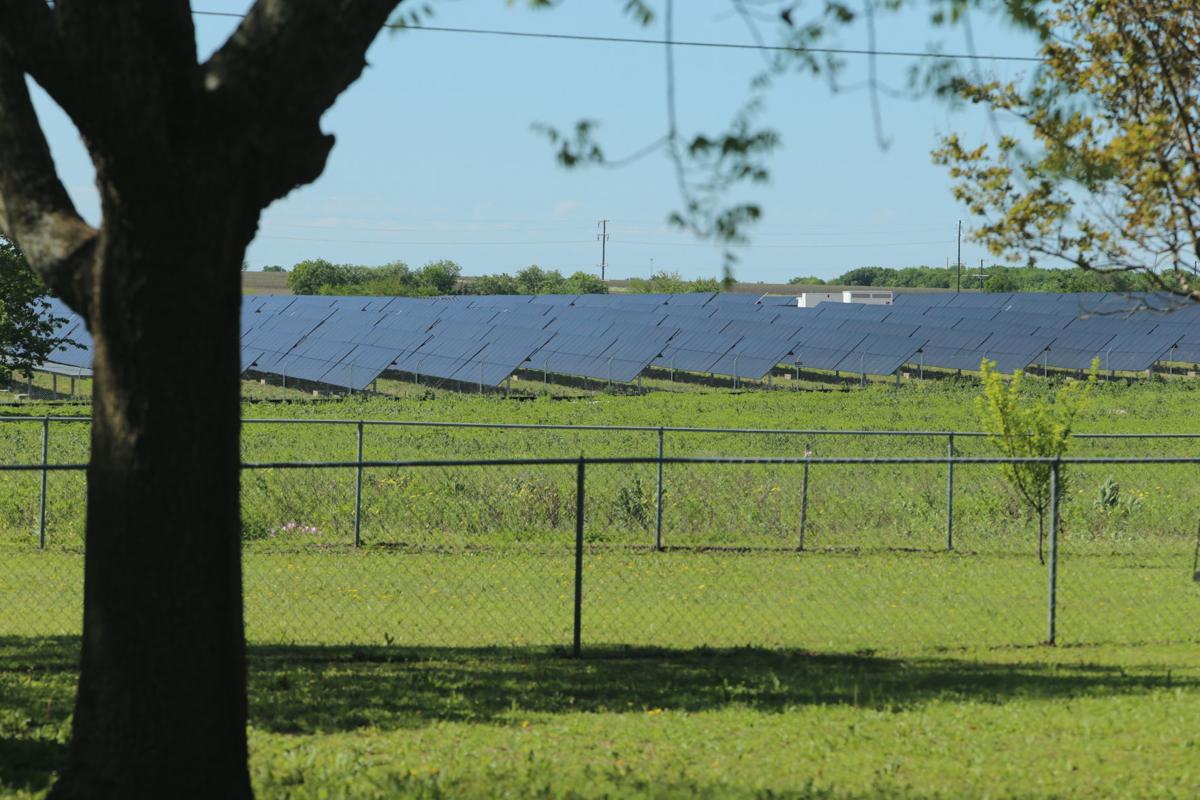 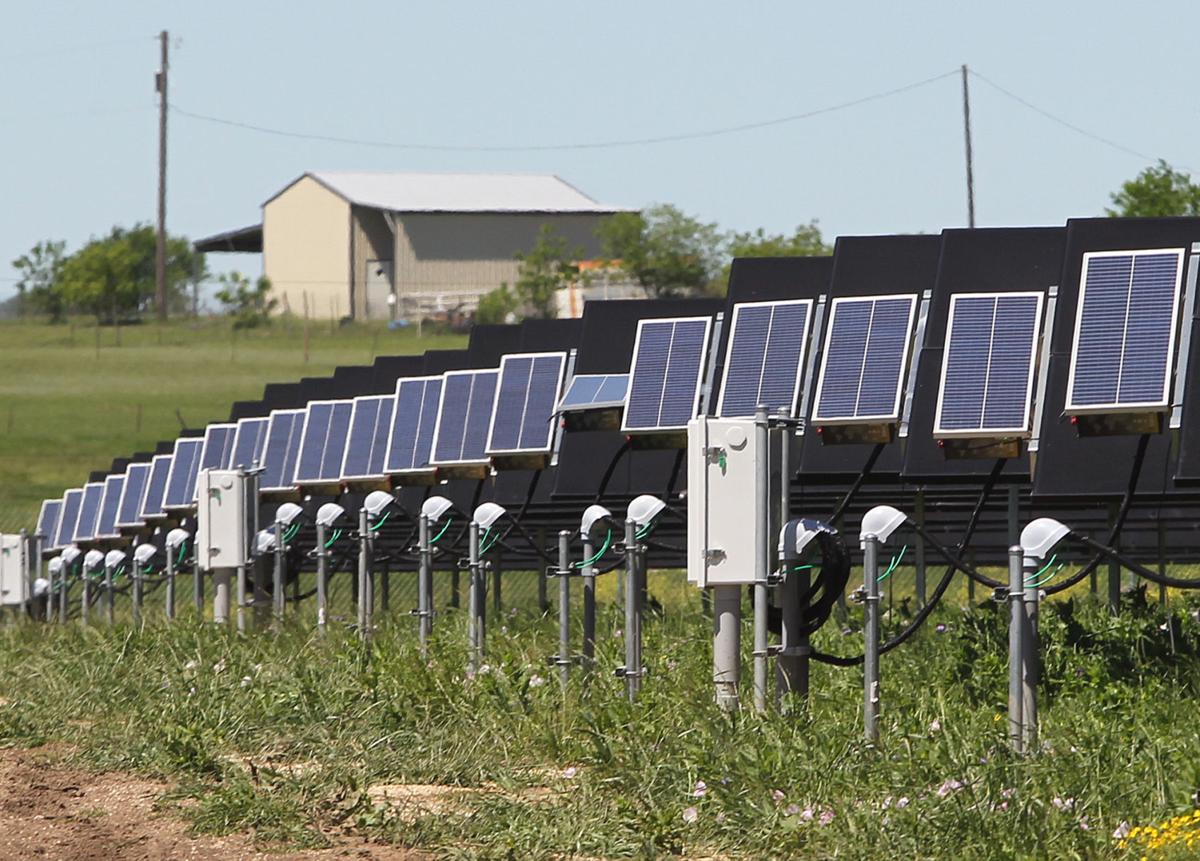 McLennan County Commissioner Kelly Snell said solar farms bring in more tax revenue for the county, even with initial tax breaks, than would agricultural operations with the same footprint. 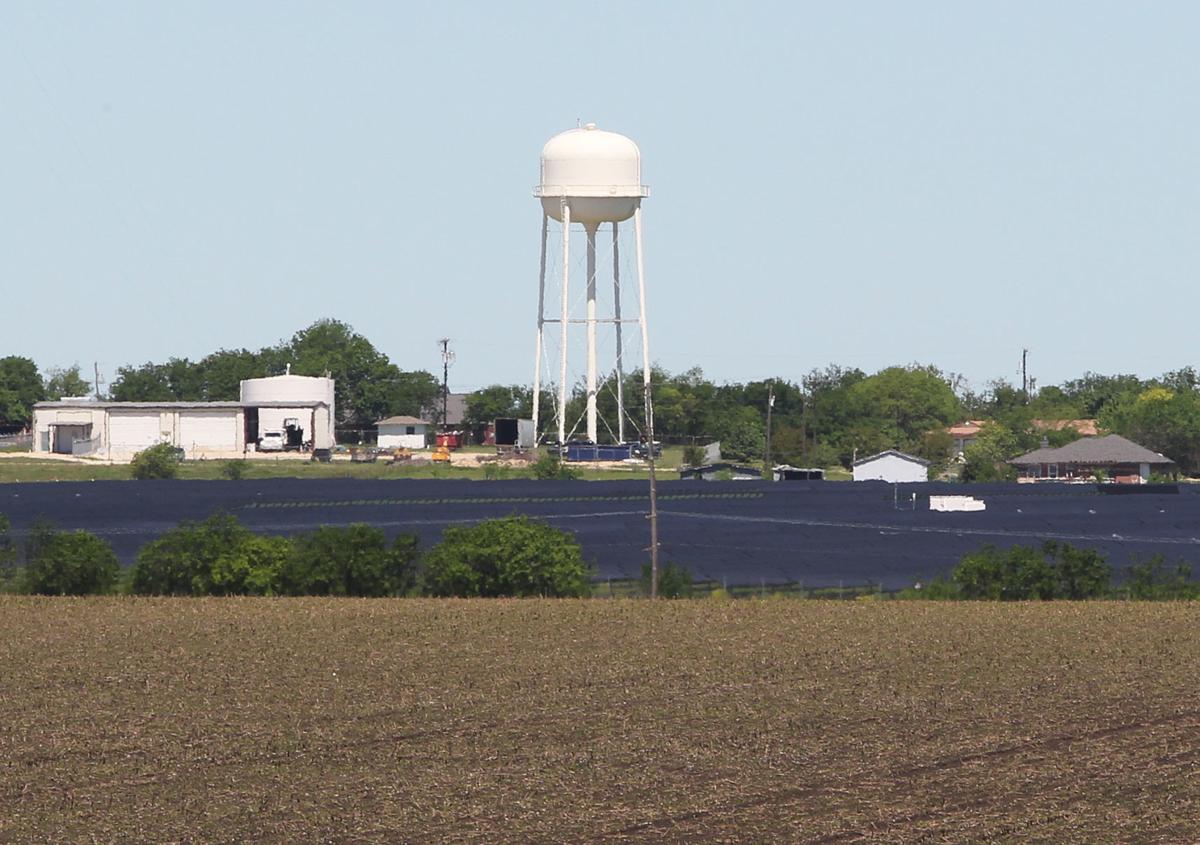