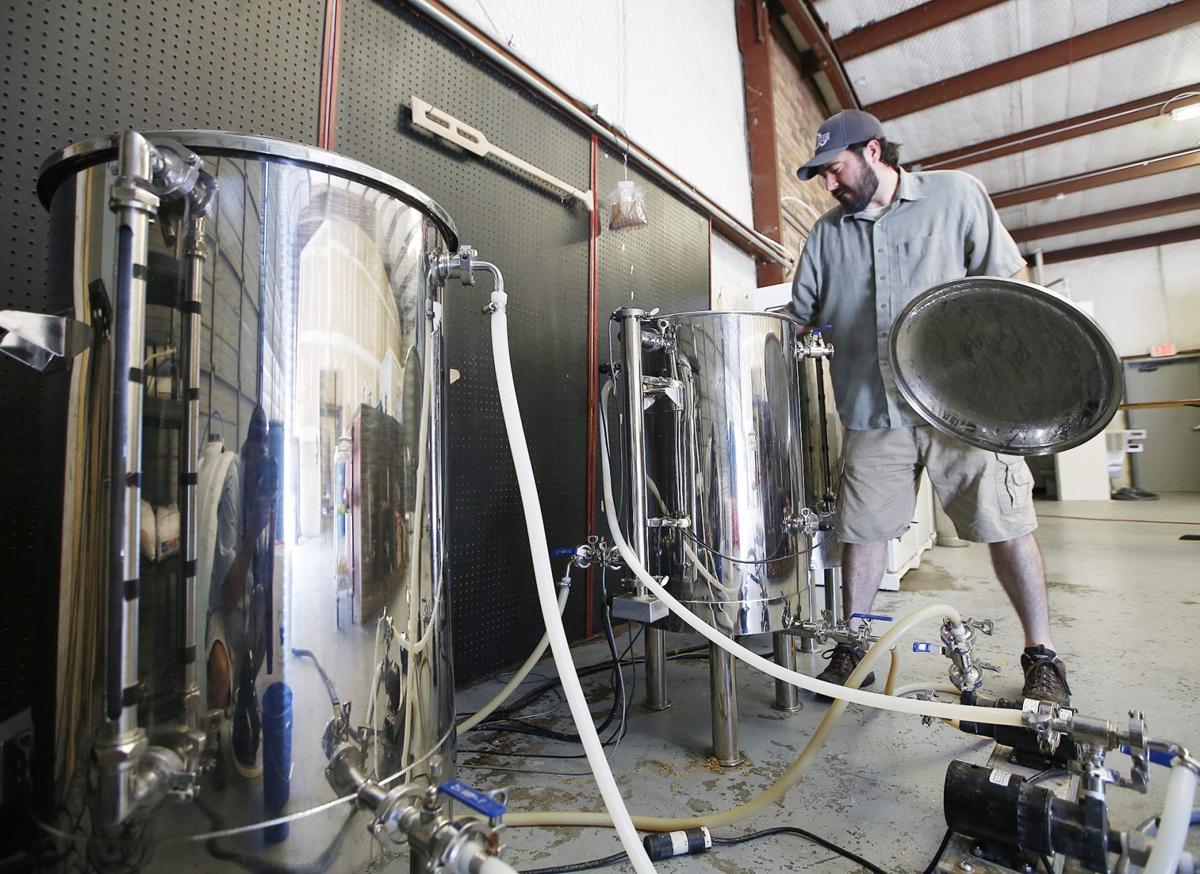 Keith Collier, owner of Bare Arms Brewing, has begun brewing batches of beer for sale in his tasting room at 2615 LaSalle Ave., where he can accomodate about 50 people. He offers four different selections on tap. 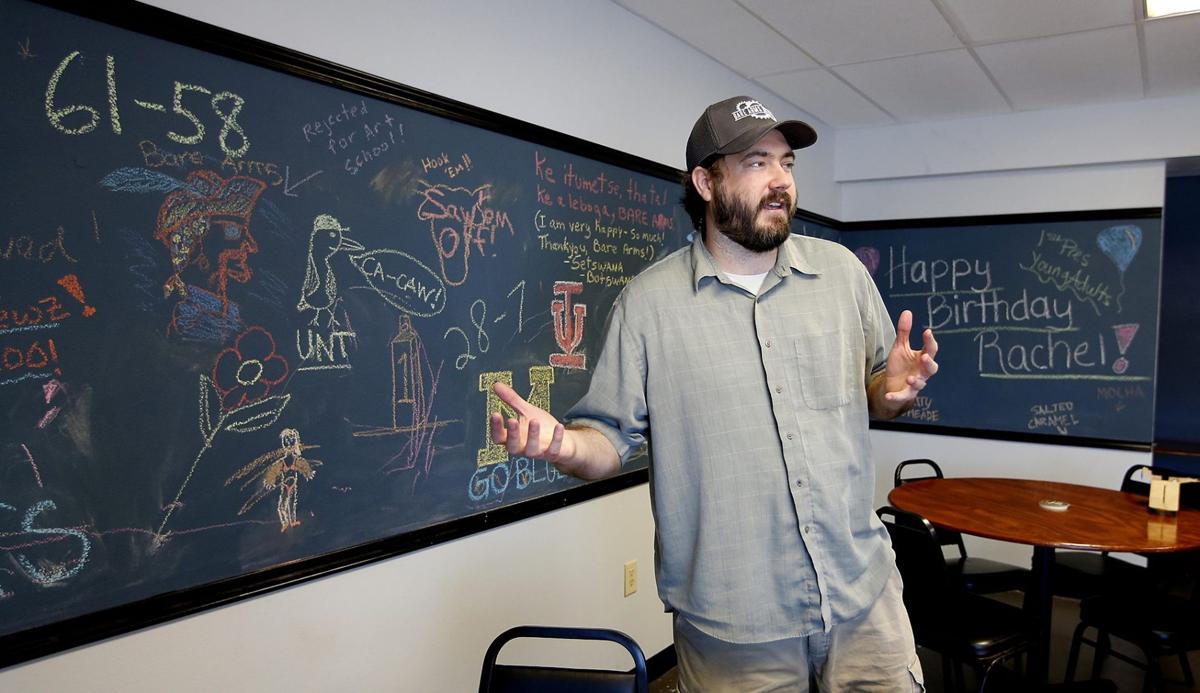 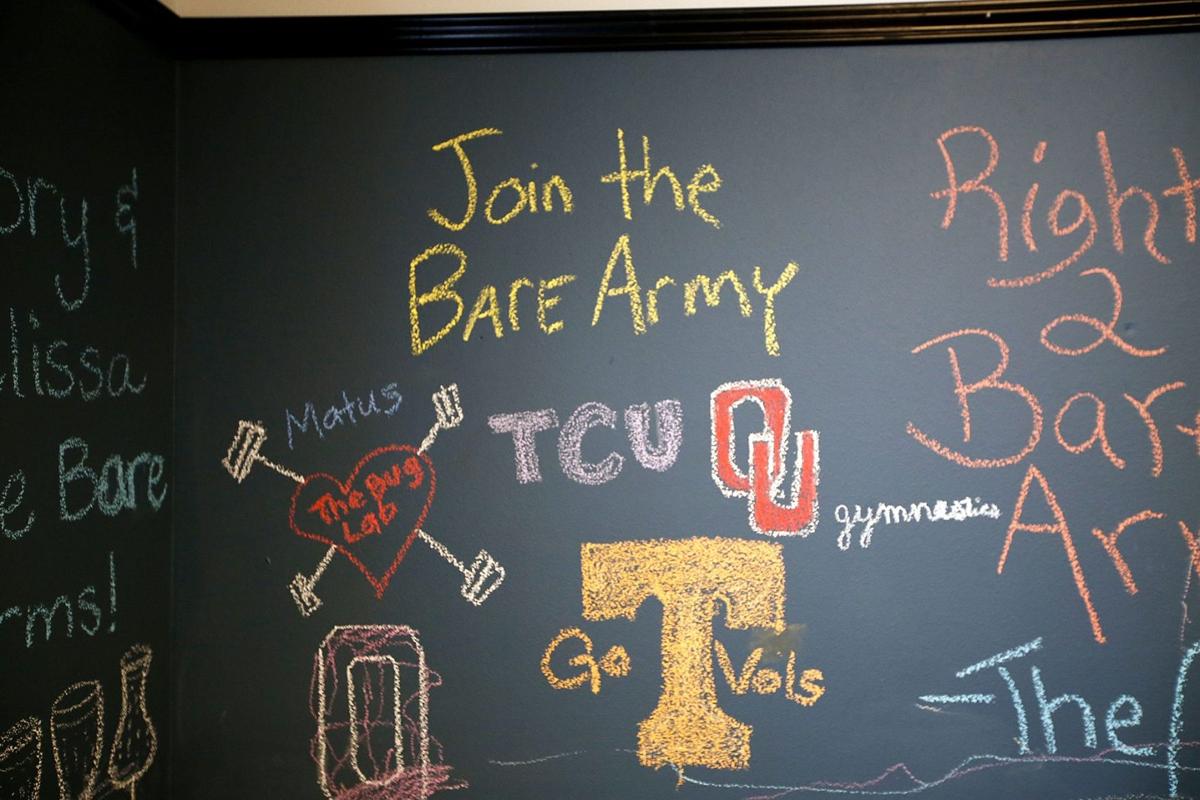 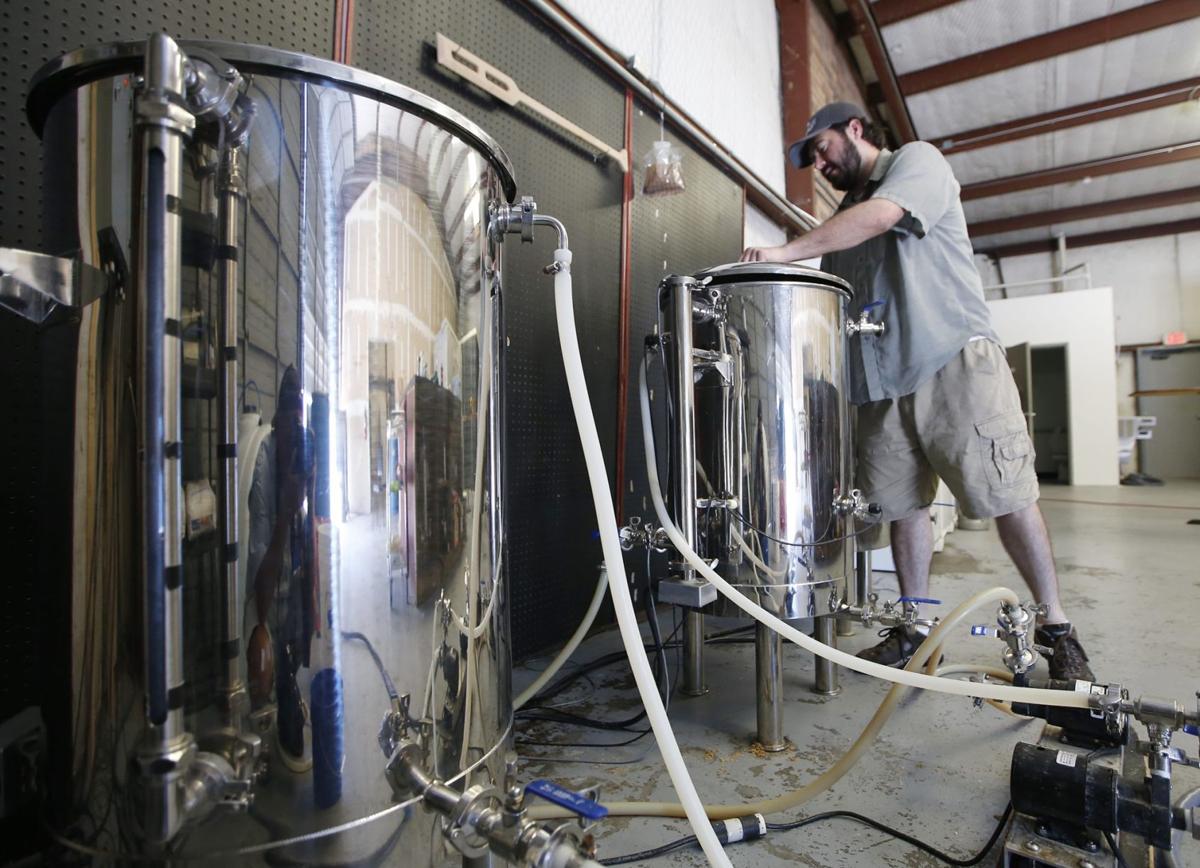 Keith Collier, owner of Bare Arms Brewing, has begun brewing batches of beer for sale in his tasting room. He offers four different selections on tap. 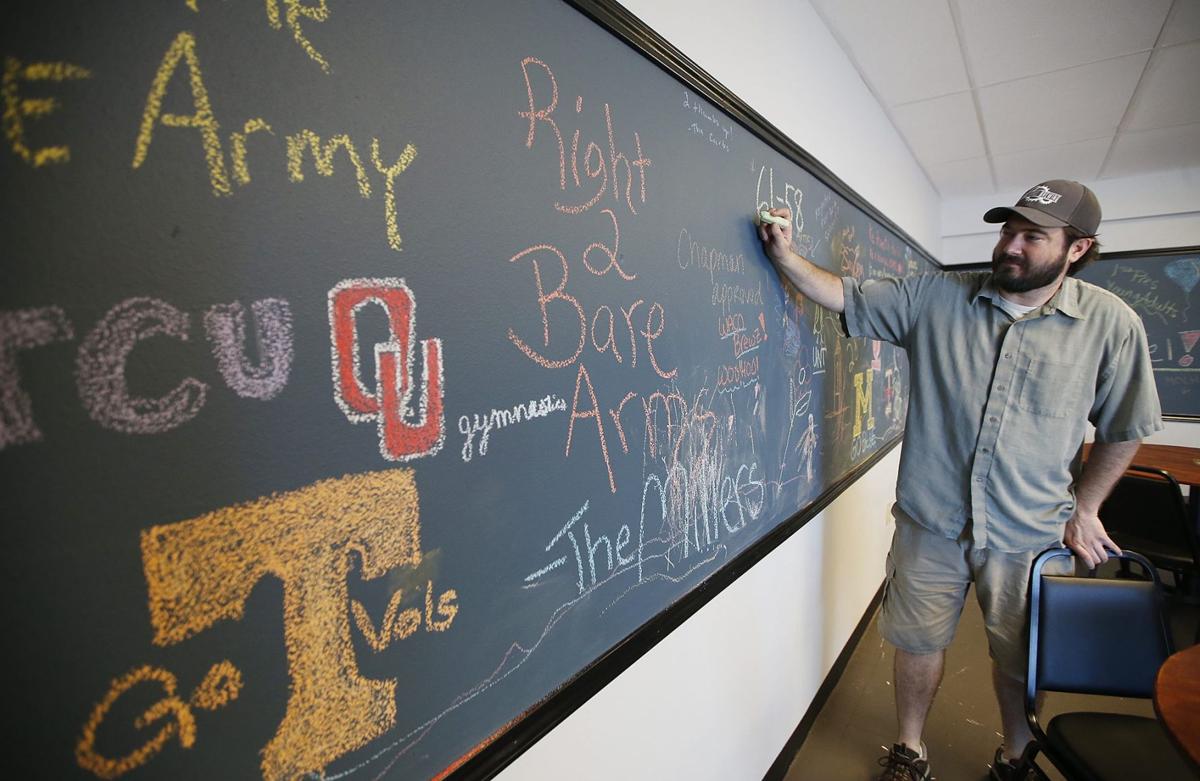 Bare Arms Brewing is officially the only operating brewpub in Waco, with owner Keith Collier crafting product in a building on LaSalle Avenue near Waco’s traffic circle and offering tastings six days a week.

Collier grew up in Houston but developed a taste for crafted ale at Waco’s Dancing Bear Pub. He is creating his own line, and offers four varieties to those who stop by for sipping.

Production has reached three barrels a week, with 31 gallons per barrel. This has proven adequate to meet demand among tasters while he continues to pursue interest for his product among drinking and dining establishments.

Collier said he’s operating his brewpub more like a novelty and destination point than a bar.

“You can come in, enjoy a local beer and then visit one of the eateries here on the traffic circle or one of the retailers we’re trying to get our beer into,” said Collier, who talked by phone Thursday while taking a break from “babysitting” the brewing process.

He said it takes eight to 10 hours to complete a batch, including preparation and cleanup.

Collier opens Bare Arms Brewing, 2515 LaSalle Ave., from 3 to 5 p.m. Mondays through Thursdays, and from 1 to 8 p.m. Fridays and Saturdays. He can accommodate about 50 patrons in the tasting area, located next to Circle Smoke Shop.

“We have four selections we try to keep on tap at all times,” Collier said.

He’s experimenting with an ale to be called Cucumber Saison that he likely will unveil sometime this summer.

Bare Arms Brewing can distribute its product to local retailers only in kegs because it does not yet have a “label” license to place on smaller containers. Collier said he’s pursuing such authority from the Texas Alcoholic Beverage Commission.

“I wish,” he said when asked if he their product in stock. “I’m waiting for them to brew enough.”

He said he really likes the India pale ale from Bare Arms, but the Cucumber Saison “was a little too much cucumber for me.”

“I’m looking forward to them getting more equipment and going to a larger scale,” Dove added. “I’m really excited about serving their beer, but I’m kind of sitting here on hold. I’ll just have to see how everything plays out.”

Another local group has created Brotherwell Brewing, and would become Waco’s second brewpub when it launches operations.

“It would be nice to be a destination spot (for brewpubs) between Austin and Dallas,” Dove said. “They can generate quite a bit of tourism. A couple of bus lines make a day of hauling people to the brewpubs in Dallas and Fort Worth.”

Technically, Dancing Bear Pub is not a brewpub because it does not make product onsite.

Dove said he will mark the establishment’s eighth anniversary on Aug. 22, and he looks forward to a day of beer tapping.

“Bare Arms has told me they will have something special for us at least that day, hopefully sooner,” he said, adding he also plans to unveil a cold-brewed coffee product featuring vanilla and cane sugar that he will use as a topper for beers.

David Stoneking, who has partnered with Tommy Mote and Jacob Martinka to create Brotherwell Brewing, said the team has signed a lease on 3,200 square feet at 324 S. Sixth Street, in a building that also houses Apex Coffee Roasters.

“Our renovation designs are in place. Our equipment has been ordered and is scheduled to be delivered the first week of September,” Stoneking said. “Depending on how long the licensing process takes with the city and state, we hope to be producing beer in October. We will have our inventory built up by November or December, and proceed with tasting events.”

Brotherwell, like Bare Arms, will operate in a tasting-room setting, not as a daily open bar, Stoneking said.

He said the partnership’s core offerings likely will include a dark, porter-style beer; a lager, probably a pilsner; an India pale ale; and a German-style wheat beer. “We’ll also have seasonal and experimental batches,” he said.

Stoneking said Brotherwell hopes to create a family atmosphere at the brewery, where it may give tours on weekends or on special occasions that bring people to downtown Waco, such as on Baylor University football gamedays.

He said he is familiar with Bare Arms Brewing, has visited its location a couple of times and is impressed with the operation.

“Waco is going from zero brewpubs to two, which is great,” Stoneking said. “It’s been two years since we decided to go forward with this for real. We’ve taken all that time to plan and prepare and build, and now we’re ready to pull the trigger.”

Ron Ziegler, who manages BJ’s Restaurant and Brewhouse at Richland Mall, said the restaurant takes pride in offering its own line of beers, but “also has the flexibility to provide four or five local favorites.” Beers brewed by Bare Arms and Brotherwell “could be something we’d definitely look at.”

Bare Arms Brewing is Waco’s first brewpub. It is open from 3 to 5 p.m. Mondays through Thursdays, and from 1 to 8 p.m. Fridays and Saturdays.

Bare Arms Brewing has secured the last permit it needs to make beer, and president and brewmaster Keith Collier said he hopes to open a tastin…

Bare Arms Brewing has secured a building permit to remodel space at 2515 LaSalle Ave., where it hopes to brew and sell beer as Waco’s only brewpub.

Keith Collier grew up in Houston and attended college in Lubbock, but gained an appreciation for craft beer while living in Waco.

A new craft beer brewery is coming to Waco, hoping to land downtown and be a center for people with the same passion to swap stories over drinks.

Bare Arms Brewing is creating such a buzz that owner Keith Collier is increasing his beer production tenfold, having spent about $200,000 on n…

Waco Ale served up a cold one on Thursday, hosting a grand opening on Austin Avenue. Owner Brett Stewart used the occasion to applaud a new st…

Keith Collier, owner of Bare Arms Brewing, has begun brewing batches of beer for sale in his tasting room at 2615 LaSalle Ave., where he can accomodate about 50 people. He offers four different selections on tap.

Keith Collier, owner of Bare Arms Brewing, has begun brewing batches of beer for sale in his tasting room. He offers four different selections on tap.