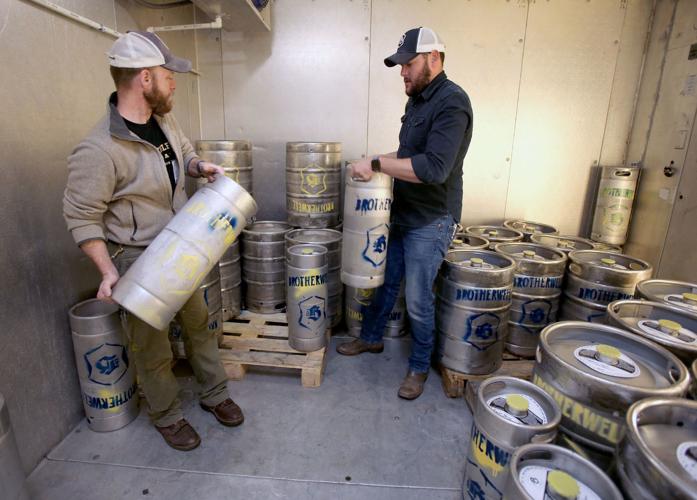 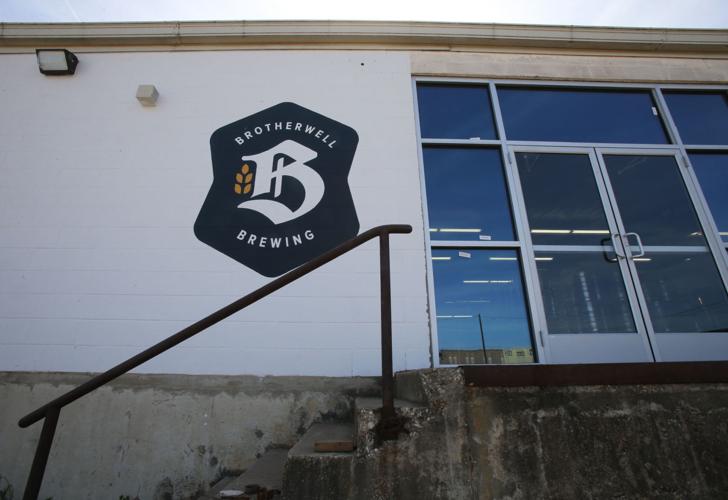 Brotherwell is shipping beer from its Bridge Street brewery and plans are afoot to open a tasting room.

The duo behind Brotherwell Brewing have spent years obsessing over recipes for craft beers that aren’t necessarily for the craft beer-obsessed.

Jacob Martinka and David Stoneking debuted their brews to the public over St. Patrick’s Day weekend at Barnett’s Public House, to positive reviews.

Brotherwell, which is based at 400 E. Bridge St. in East Waco, is now supplying bars and restaurants with a variety of beers, and the owners ultimately plan to open a tasting room onsite along with a biergarten for events.

It is Waco’s second craft brewery, following Bear Arms Brewery, which opened in 2015 on La Salle Avenue. Martinka and Stoneking say they like being on the ground floor of Waco’s emerging beer scene, and they are aiming for a broad audience.

“Our challenge in looking at Waco, not being a town that’s deep in the craft culture, is that we want beers that are accessible to everyone,” Stoneking said. “Some of our favorite comments have been like, ‘I’ve been a Pabst drinker all my life, but this is what I want to drink now.’

“We just want people to know beer can be more than what they have been drinking. There’s a lot of flavors, more styles, more options than people are aware of.”

So far, Brotherwell has five varieties of beer, each distinctive in name and flavor.

There’s the Bridge Street Wit, a Belgian-style wheat beer with a light, refreshing taste for warmer weather. The darker, heavier Percy Porter is named after the old Percy Medicine Building where the owners used to experiment with brewing. The Gerrymander India Brown Beer resembles a tart, hoppy India pale ale, or IPA, but with a darker color. The Chisholm Pale is a lighter cousin of the IPA.

Act of Faith, a Belgian-style tripel ale named after a mountain bike trail in Cameron Park, is based on centuries-old recipes and yeast strains associated with monasteries.

“We tried to create beers that were hard to come by,” Martinka said.

John Hodges, marketing director for Barnett’s Public House, said the beers have been a hit.

“It was a fantastic response the day they showed up,” Hodges said.

He said the pub plans to keep several taps devoted both to Brotherwell and Bare Arms.

“We support both of them,” he said. “I think it’s really cool to have this kind of growth. Now that we’re more of a tourist destination, we want to show off what we have here.”

The partners’ path to opening a brewery has had plenty of zigs and zags. Stoneking discovered the hobby of homebrewing after graduating from Baylor in 2009. Through a brewing cooperative that met weekly, he met Martinka, a Dallas native who was teaching at Live Oak Classical School.

After making some kegs for the weddings of friends, the partners started thinking about selling to a local pub, 10 gallons at a time. But once they started looking at the fixed costs of licensing and production, their dreams started growing bigger.

“We realized we were looking at a full-size brewery,” Stoneking said.

In the years it took to get their dream off the ground, Martinka and Stoneking continued to tinker with their recipes.

The tripel ale took the most trial and error. Their first shot at the beer got mixed reviews from friends, so they experimented with multiple batches, adjusting hops, yeast, sugar and other factors.

“We got sick of tripel,” Martinka said. “We didn’t brew it for a couple of years. Then as we got to looking at opening the brewery, we said, ‘We did all this research. We might as well use it. Let’s see if it’s as good as I remember.’ ”

Until a couple of years ago they were trying to find a downtown spot, but they ultimately found a more affordable space in the old Rubel Junk building off Elm Avenue, renting from landlord Sam Brown. The building was stacked to the ceiling with truck tires.

They cleaned out the building, scrubbed the black carbon marks, acid-washed and refinished the concrete floor, tore out walls and built new walls. With financing from Community Bank and Trust, they created a stainless steel brewing system that can make about 475 gallons at a time.

Stoneking said the road to opening a brewery in Waco has sometimes been difficult.

“The biggest obstacle is that no one has done it before,” he said. “We and Bare Arms were kind of walking through the process simultaneously. So when we would go to talk to financial, insurance and (Texas Alcoholic Beverage Commissin) folks — they do a lot of things really well, but they have not worked with a new craft brewer. It was a learning process for just about everyone.”

But Martinka said it is exciting to be part of developing an underserved market for craft beer in Waco.

“Ultimately, the sky’s the limit,” he said. “But the focus on the start is Waco and making sure we serve Waco.”

Waco Ale served up a cold one on Thursday, hosting a grand opening on Austin Avenue. Owner Brett Stewart used the occasion to applaud a new st…

Major credit card mistakes to avoid when times are tough

Brotherwell is shipping beer from its Bridge Street brewery and plans are afoot to open a tasting room.