Development of a Czech-inspired brewery, bakery, restaurant and hotel set for the intersection of South Eighth Street and Jackson Avenue took a procedural step forward as the council OK’d a $683,291 incentive previously approved by the downtown Tax Increment Financing Zone board.

The other two projects are on Elm Avenue, a stretch in East Waco primed for growth of residential and commercial businesses meant to attract tourists and generate income from the neighborhood. One is up for more than $275,000, and the other is up for $660,000.

The council unanimously approved the deals.

Each of the projects are set to get money for work related to façade improvements, sidewalks, streetscapes, landscaping and repairs. The TIF Zone board voted to support the projects Dec. 20.

The council approved a $275,223 grant to Waco resident Austin Meek for the Mammoth Culture Club, which will include a patio with an outdoor stage and beer garden-style seating and a slab featuring outdoor retail space adjacent to the 3,500-square-foot Bull Durham building in the 400 block of Elm Avenue. The total construction cost is expected to reach $1.36 million.

The building will also have a recording studio, a full bar and a location for Pokey O’s, an ice cream and cookie shop Meek owns. The project could be completed in a year.

The city council also approved a $660,000 incentive for an apartment complex at the corner of Elm Avenue and Martin Luther King Jr. Boulevard. The developers, federal Judge Ed Kinkeade and his son, Brad, met with neighbors after some initial pushback against the proposal.

Construction on the $3.3 million project is expected to start this year.

To get TIF money for Pivovar, developers Julius Kramaric and Oldrich Cichon will need to reach a deal with a vendor to provide parking for their hotel. Construction is expected to start this year and cost $8.6 million.

The council will have a second vote on the grants to finalize its approval.

The $299,200 contract is tied with a “streetscape” project that will replace crumbling sidewalks and stretches where streets are either several feet below the curb or at the same level as the curb.

“I think it says a lot about the direction our city’s going that we’re doing a full-meal deal over there on Elm Avenue,” City Manager Wiley Stem III said.

The council approved a ground lease agreement and incentives for the Brazos Promenade project that will add apartments, hotel rooms, a restaurant, a music venue and a new location for the Waco Downtown Farmers Market along the Brazos River.

The project has been in the works for years, and the vote represents a step toward the expected start of construction in the fall.

“It’s been a long time coming, and I’m looking forward to breaking ground with all the great things that are going to be put there on the riverfront,” council member John Kinnaird said.

The contract includes work on more than 34 miles of Waco streets, about 5.5 percent of city street infrastructure, and is paid for through the $17.1 million pavement management program.

A working group has unveiled conceptual plans for a “front porch” plaza on a block of Bridge Street in East Waco, where new development is pla…

A Czech-inspired mixed-use development including a brewery, restaurant, bakery and hotel on South Eighth Street and a pair of Elm Avenue proje…

A three-story apartment complex that would attempt to capture the culture and history of East Waco, with music festivals, artwork and a roofto… 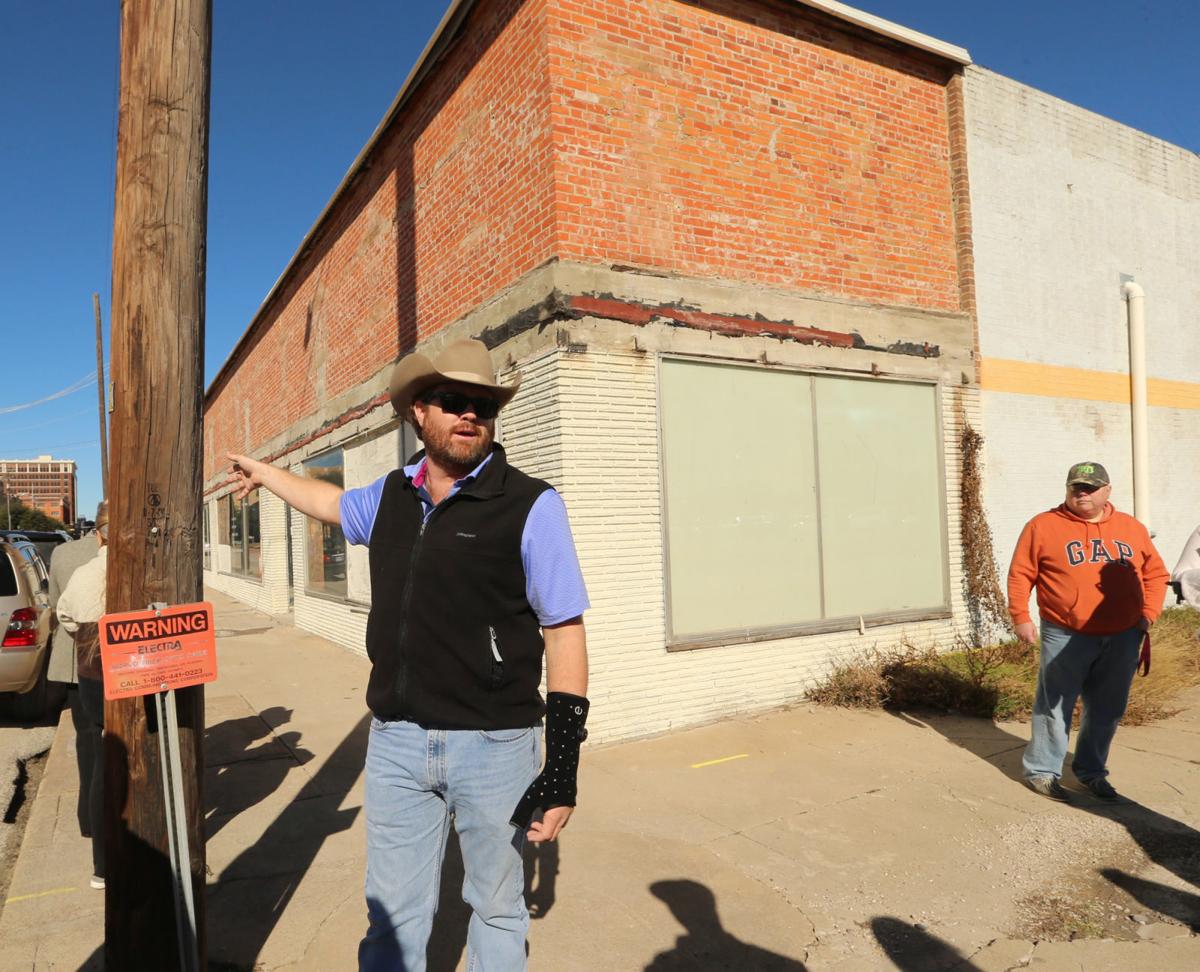 Contractor Brian Mitchell (left) describes the Pivovar project as developer Julius Kramaric looks on during a tour for the TIF board last month. The project will add two stories onto the existing building at Eighth Street and Jackson Avenue and include a brewery, restaurant, bakery and hotel. 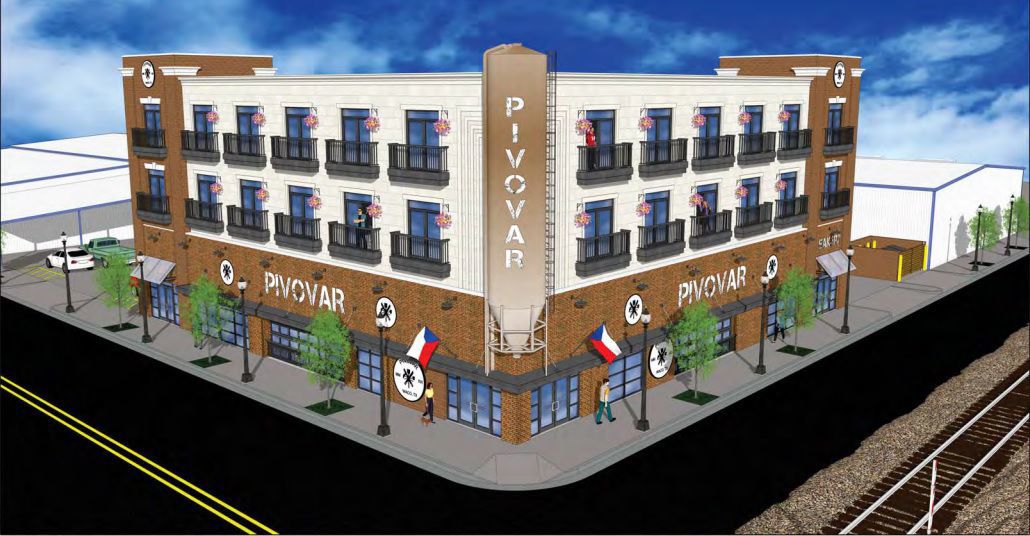 The Waco City Council voted Tuesday in favor of a TIF grant for Pivovar, a Czech-inspired restaurant, brewery, bakery and hotel planned for Eighth Street and Jackson Avenue. 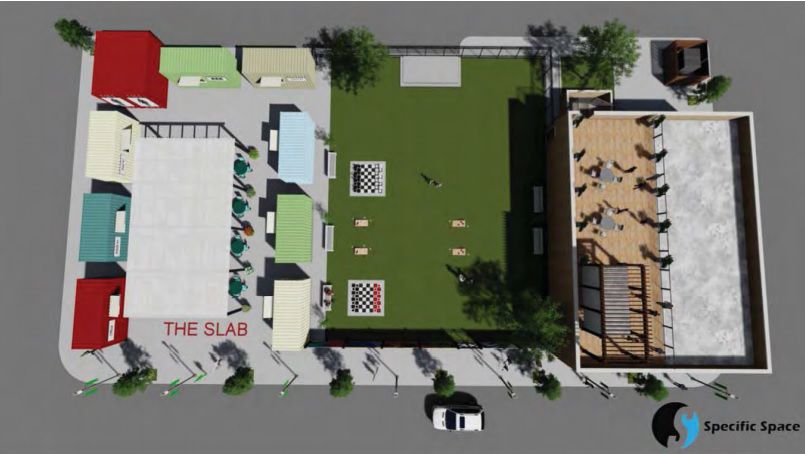 A development called the Mammoth Culture Club got city council approval Tuesday for $275,000 in incentives. 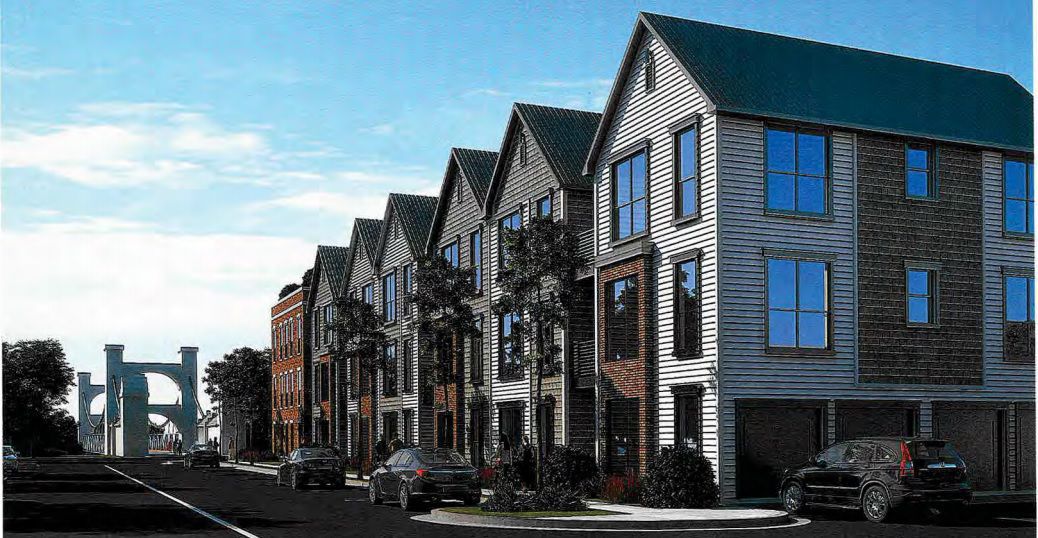 An apartment development off of Elm Avenue got city council approval Tuesday for $660,000 in TIF money.