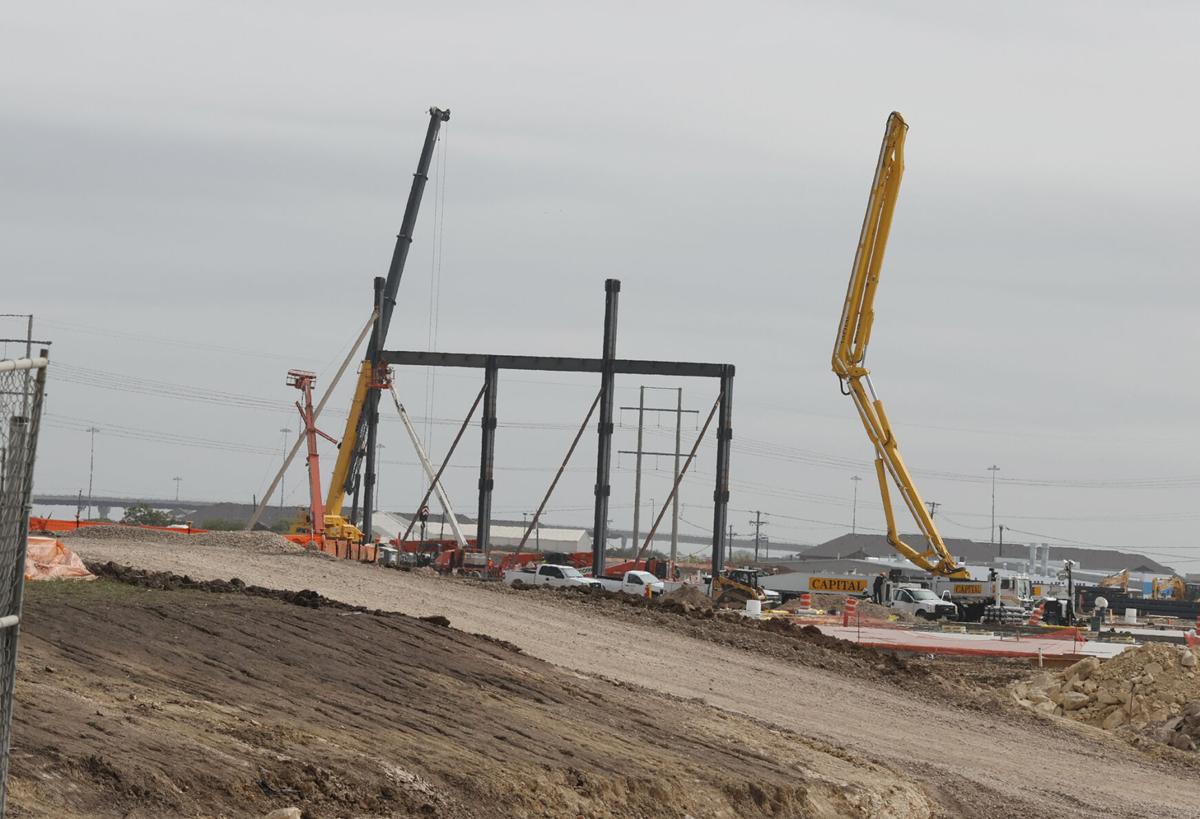 Workers erect metal beams in October 2020 as part of a new distribution center and warehouse for Amazon on Exchange Parkway. 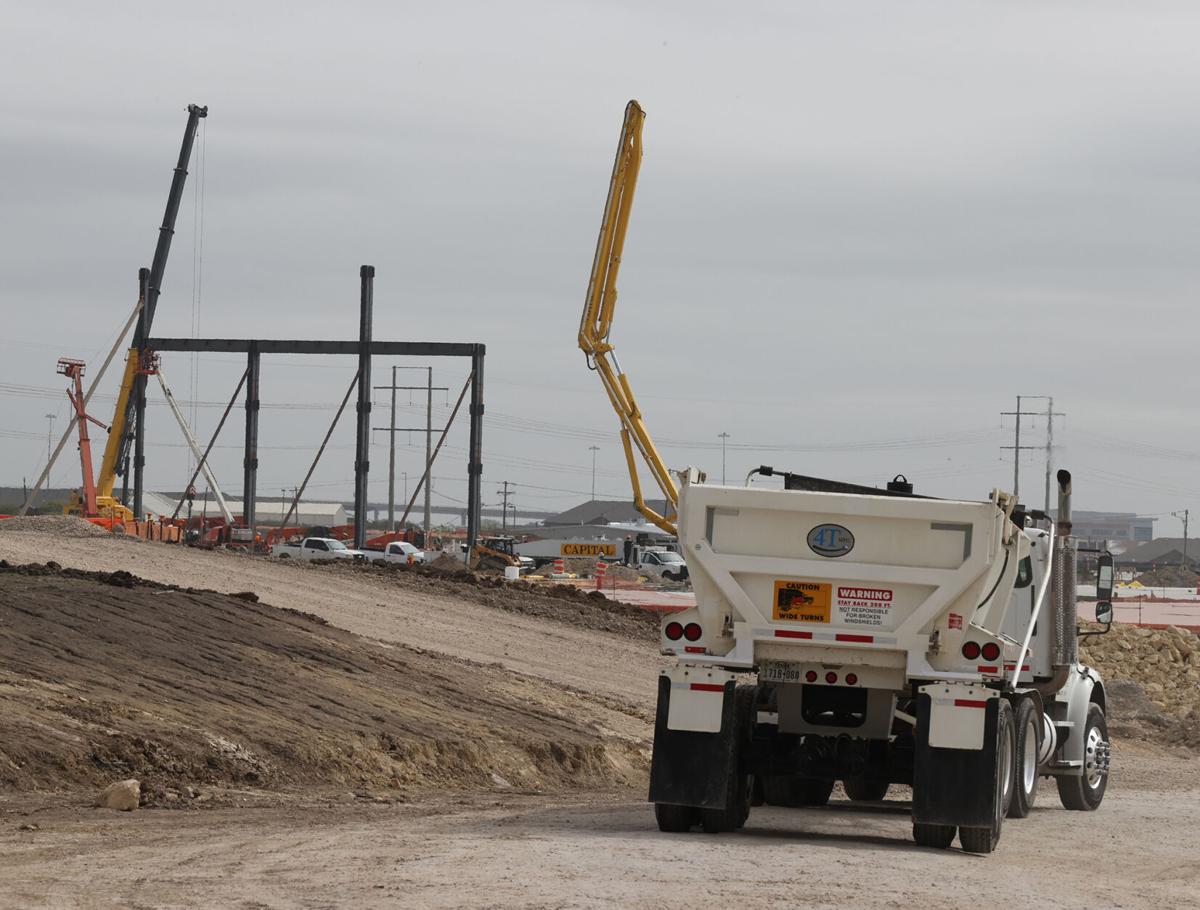 Work continues in October 2020 on the site of a new Amazon distribution center and warehouse near State Highway 6. 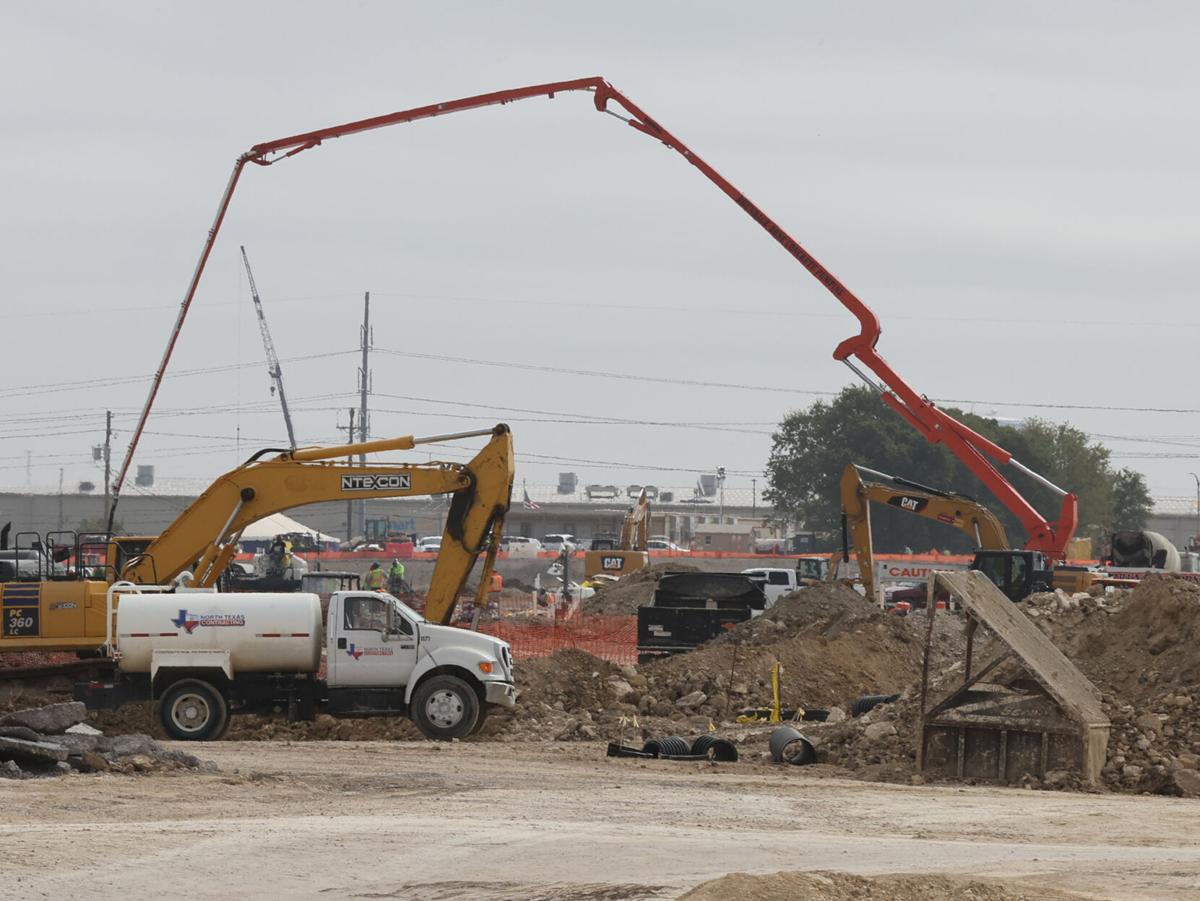 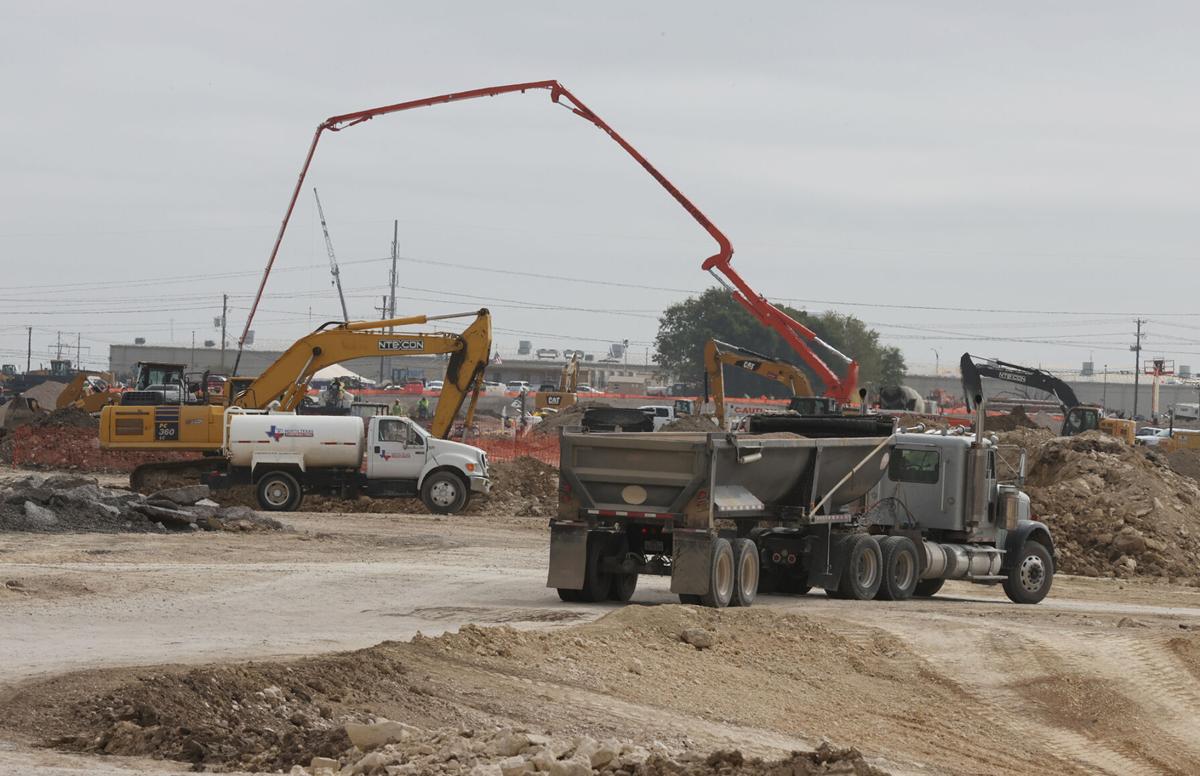 Workers build a new Amazon facility on Exchange Parkway in Waco in October 2020.

Waco City Manager Bradley Ford confirmed Monday that the Seattle-based online retailing giant has bought land in Waco for the project. McLennan County Judge Scott Felton said the project would be a boon to the economy with up to 1,000 workers. The company has a starting wage of $15 an hour and benefits.

“We are very excited that Amazon chose Waco, and it kind of shows that we can handle a Fortune 500 and better company in this community,” Felton said. “We are elated. I think if people are hunting good jobs, this would be a good company to go to. I think this shows all our efforts in workforce training are paying off.”

Amazon spokesman Daniel Martin acknowledged in an email that the company has plans for Waco.

“Amazon is a great place to work with highly competitive pay, benefits from day-one, and training programs for in-demand jobs,” he said. “Amazon’s land purchase in Waco provides us with the flexibility to respond to the needs of our customers, leverage the talented local workforce and address Amazon’s future network needs. We look forward to announcing our plans with the city of Waco soon.”

Speculation has been rife since the Tribune-Herald first reported in July that BL Companies, which is closely associated with Amazon and other large corporations, secured a building permit to begin work at 200 Exchange Parkway. Workers were putting up the metal framework for a structure Monday after weeks of site preparation and infrastructure work.

The intended use for the building has remained a mystery, but Amazon’s name has surfaced as the project has been widely discussed in local real estate circles.

An Abbott spokesman confirmed Monday that the governor will be in Waco on Friday to make an announcement and said additional details will be forthcoming later this week.

Amazon has been on a building binge in Texas this year as it cements its dominance in the online arena during the pandemic.

Texas projects announced in 2020 include:

A distribution center with 820,000 square feet under construction in Pflugerville, with 1,000 jobs expected. Local governments contributed $3.8 million in incentives for the $250 million project,

A distribution center in southern Dallas with 1 million square feet, announced in July, and

An 850,000-square-foot fulfillment center in Richmond in Fort Bend County, announced this summer, that will employ 1,000 starting in 2021.

They are called "Amazonians," and they gather under one roof to pick, pack and ship packages near and far. And Amazon is betting the Waco community is up to the task as the online titam announced it will open a massive fulfillment center here in 2021 where robots and Amazonians will toil elbow-to-elbow.

Workers erect metal beams in October 2020 as part of a new distribution center and warehouse for Amazon on Exchange Parkway. 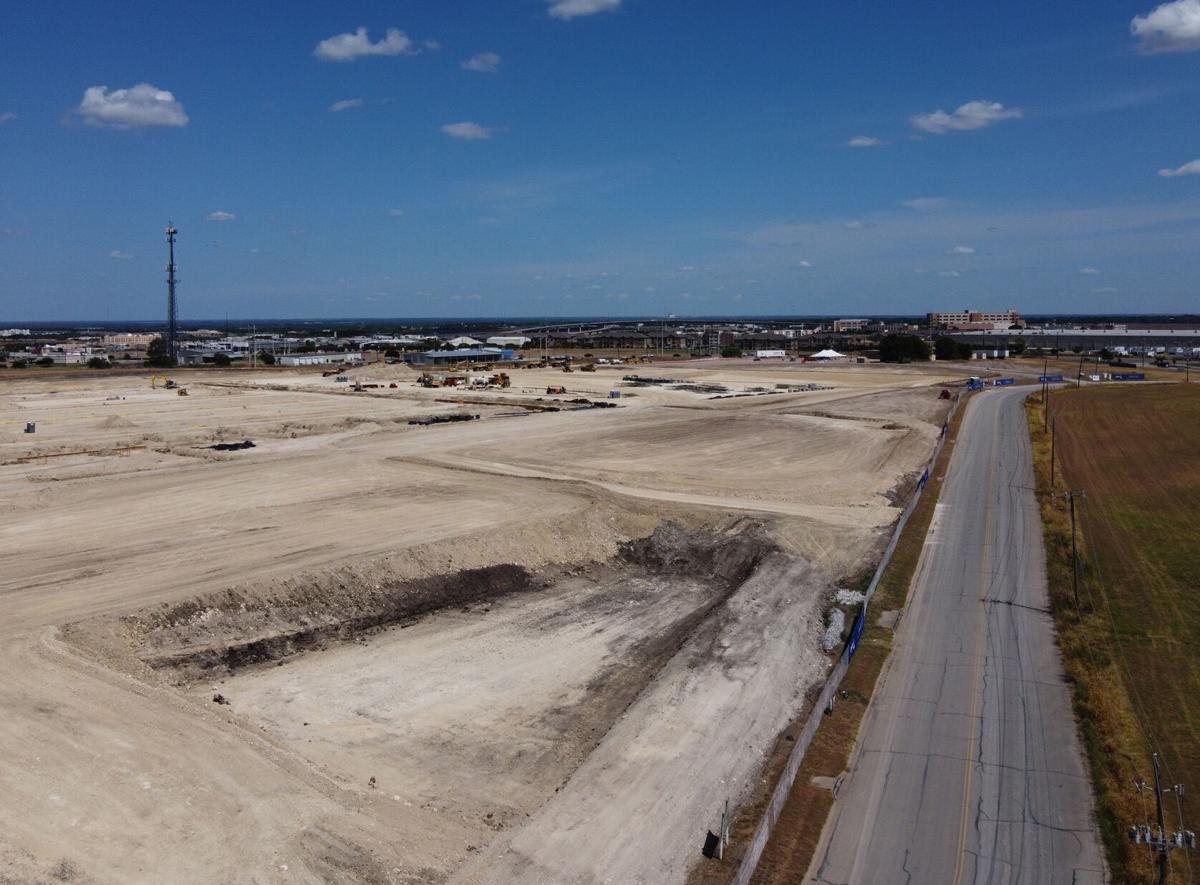 Work continues in October 2020 on the site of a new Amazon distribution center near Highway 6 on Exchange Parkway. 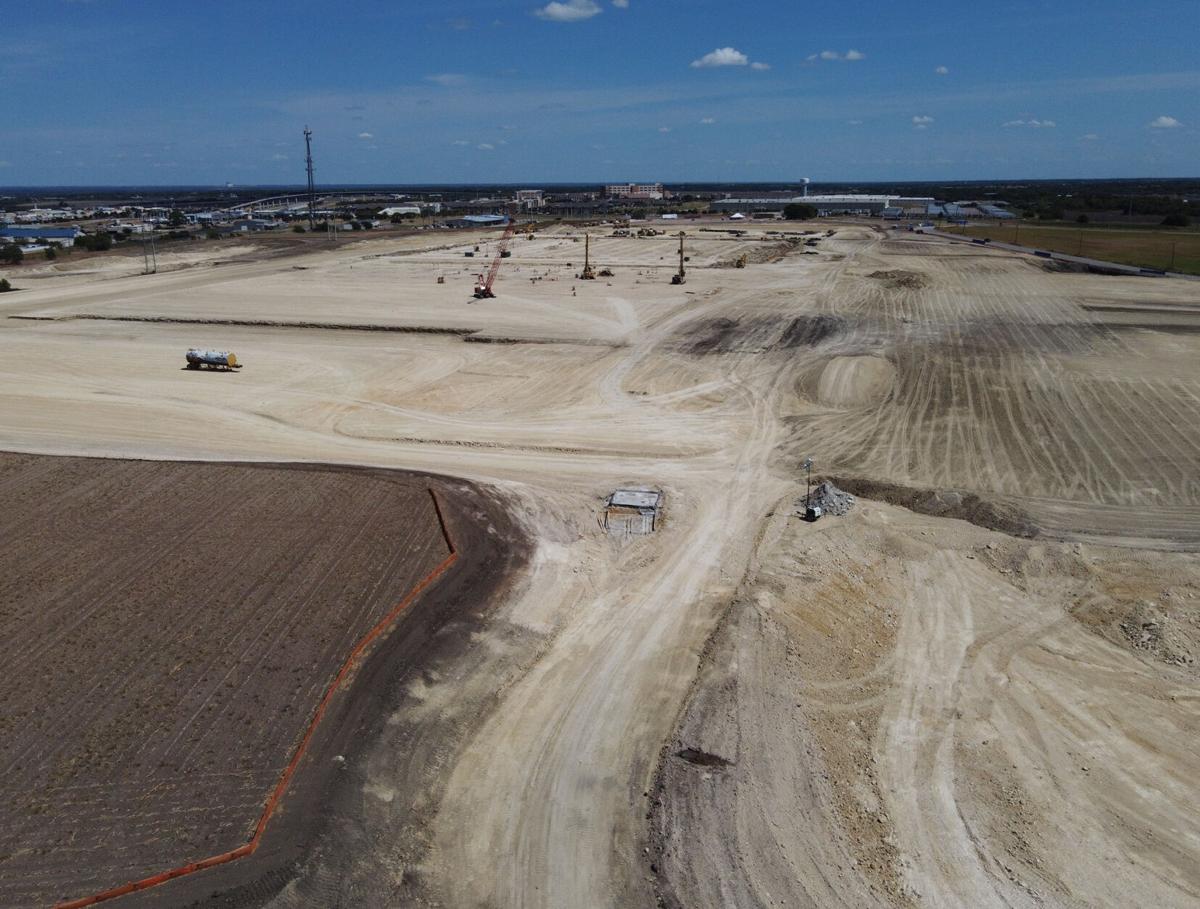 Work continues on the site of a new Amazon distribution center and warehouse on Exchange Parkway in October 2020.

Work continues in October 2020 on the site of a new Amazon distribution center and warehouse near State Highway 6.

Workers build a new Amazon facility on Exchange Parkway in Waco in October 2020. 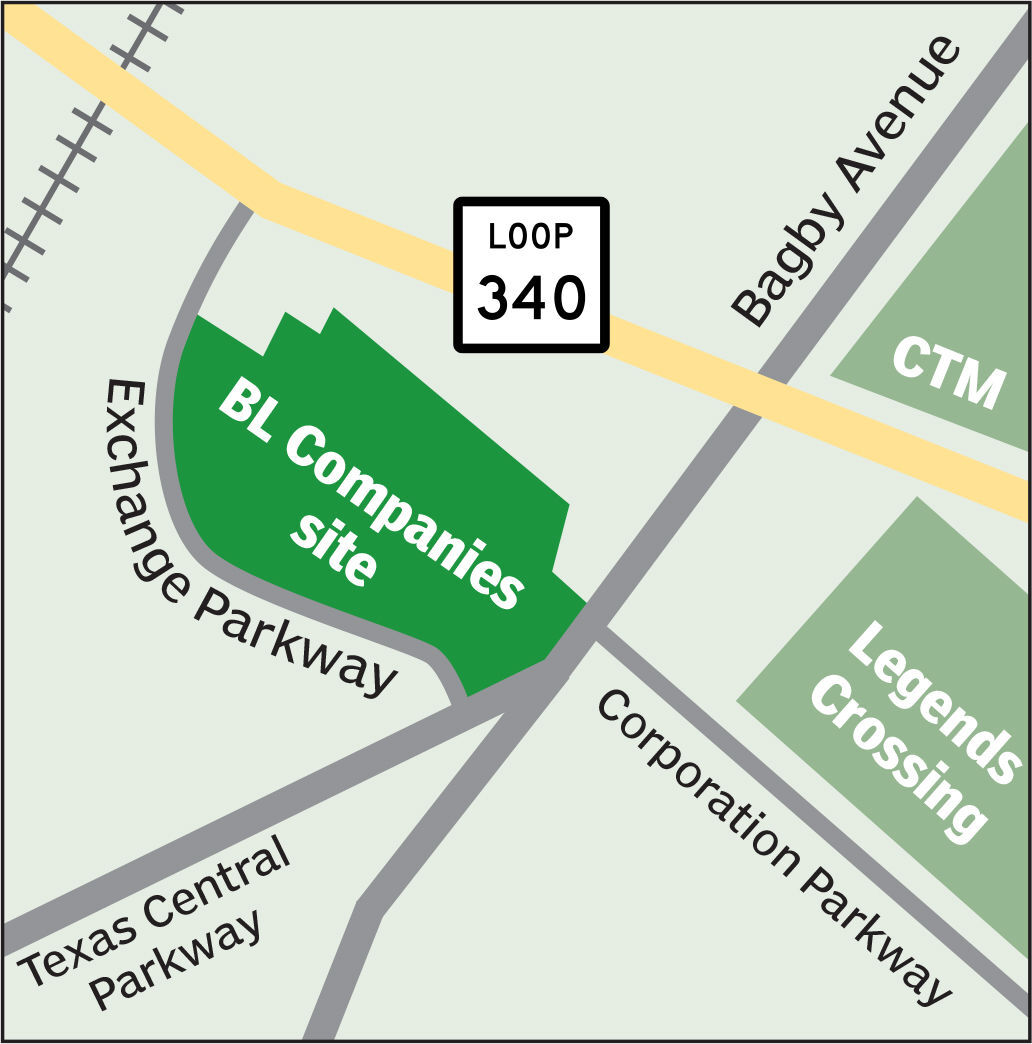 An Amazon facility is planned for Exchange Parkway.