When the colorful, controversial CEO of SpaceX began tweeting over the weekend that he would place a rocket-building plant next to his rocket-testing plant in McGregor, some locals thought it was simply Elon Musk being Elon Musk.

McGregor and McLennan County officials said they began to hear more rumblings than usual from SpaceX about six months ago.

Musk reportedly had more big plans for McGregor as he laid the groundwork for spaceflights to Mars. The buzz went silent until Saturday, when Musk launched his Twitter barrage.

“I am surprised that Elon tweeted,” said Andrew Smith, executive director of the McGregor Economic Development Corp. “I was informed when those tweets hit that our mayor, Jim Hering, would be handling our response. SpaceX is pretty tight-lipped, but they are literally moving crazy fast on several fronts. And Elon does what Elon does.”

What Musk said he will do is place a second SpaceX plant within the 4,300 acres it leases from McGregor, acreage that has served military uses since it was founded in 1942 as the Bluebonnet Ordnance Plant.

Hering said Monday he wouldn’t be surprised if SpaceX begins turning dirt within a week, if the weather clears, and may begin churning out rockets by year’s end.

Hering said there was “no secret” SpaceX was considering other sites for its new facility that could ultimately produce 800 to 1,000 rocket engines per year to accommodate SpaceX’s Mars missions.

Said Musk in a tweet: “That’s about what’s needed over ten years to create the fleet to build a self-sustaining city on Mars.” He added such a city could materialize by 2050.

McLennan County Judge Scott Felton named SpaceX’s “Starbase” in Boca Chica as a possible competitor for the plant. SpaceX has created a production facility, test site and spaceport at the town, about 20 miles east of Brownsville on the Texas Gulf Coast. But Felton said he was pleased to see Musk decide on McGregor, where SpaceX has tested rocket engines since 2003.

“I’m sure he knows exactly what he wants to do. I’m betting on him,” Felton said.

SpaceX employs 500 people at its McGregor testing facility, and likely will add hundreds more at its new rocket plant, which Musk said would “focus on volume production of Raptor 2” rocket engines. A factory in California will make Raptor Vacuum engines “and new experimental designs.”

Local officials Monday said SpaceX may transfer some California staffers to Waco, or could offer them that opportunity. They also expect interest from high-tech workers in Austin who may commute or move to McLennan County. They generally believe, though, that local residents and the customized training programs of McLennan Community College and Texas State Technical College can create an employee pipeline SpaceX finds acceptable.

Hering said McGregor’s nearly 10,000-acre industrial park has the water, sewer and streets to meet the demands of Spacex’s second plant. SpaceX “has its own vision of what needs to be built from the ground up,” Hering said, and these improvements are subject to property taxes.

Eventually, the mayor said, increased revenues from personal, real and sales taxes would benefit the community, providing the means to improve streets and parks and to lower property taxes for homeowners.

Hering and Smith said SpaceX’s growing presence has prompted talk about recognizing its contribution to Central Texas and tracing the history of McGregor’s 10,000-acre site, where bombs, explosives and missiles have been built over the years. The site played a role in the U.S. manned space program by developing second-stage motors for NASA’s Saturn V rocket.

How these facts would be presented to the public remain under discussion, said Hering, who added a museum might serve that purpose.

“This might be something SpaceX would want to contribute to,” Hering said.

“We heard about this six months ago, occasionally received updates, and then things got quiet. It didn’t appear to be a front-burner issue,” said Perry.

“Typically these people take a long, hard look at our ability to fill positions before they locate here,” said Perry. “Elon, to my knowledge, has been nothing but straightforward with us. He gives us his word, and you can bank on his word. SpaceX has put in more infrastructure, and this may be why. They were planning for this. We’ve received a great return on our money from SpaceX, and I have no reason to believe we wouldn’t now.”

“The local workforce can support additional employment at the facility, and the area’s quality of life and cost of living are attractive to potential employees moving in,” added state economist Ray Perryman.

“Over time, a high-profile firm and a major location can lead to a buildup of the supplier network, with related companies such as vendors and suppliers locating in close proximity,” said Perryman. “While McGregor is not yet at the point of a growth explosion in industry, the additional work going on at SpaceX has the potential to cause a definite boost.”

Apparently Waco is becoming quite the sun worshipper.

Zach Gerik sells crop insurance to farmers and ranchers, so he knows about risk taking. His gamble at 218 S. 11th St. has turned up aces, crea…

The new Amazon fulfillment center in Waco has not officially opened, but already the delivery giant is raising its bottom wages.

The L3Harris aircraft modification plant in Waco has a lot of space and a lot of people to keep cool: a half-million square feet and 1,200, re…

Dave Campbell Award nominations close Friday. A new program aims to work with Baylor athletes on NIL. A zoning change has been requested at Lake Shore and MLK.

Major credit card mistakes to avoid when times are tough 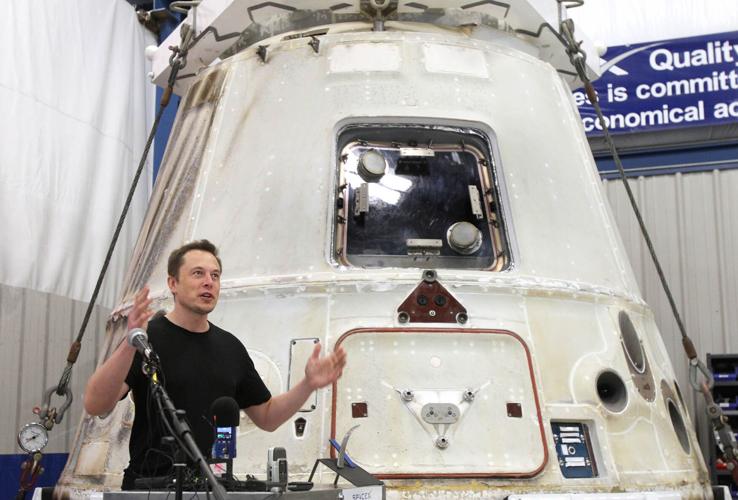 In a series of tweets this weekend, SpaceX CEO Elon Musk said a new plant in McGregor would “focus on volume production of Raptor 2” rocket engines. 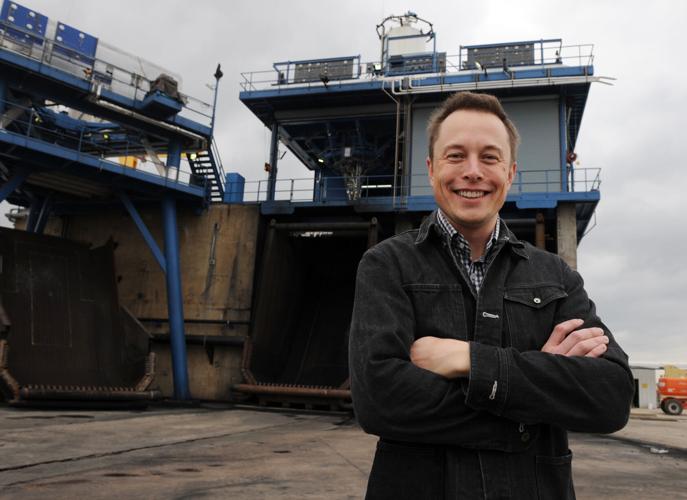 SpaceX CEO Elon Musk answers questions in front of the SpaceX Dragon spacecraft on June 13, 2012 at the SpaceX Rocket Development Facility in McGregor, Texas. Musk announced via Twitter that he plans on building a second station in McGregor.