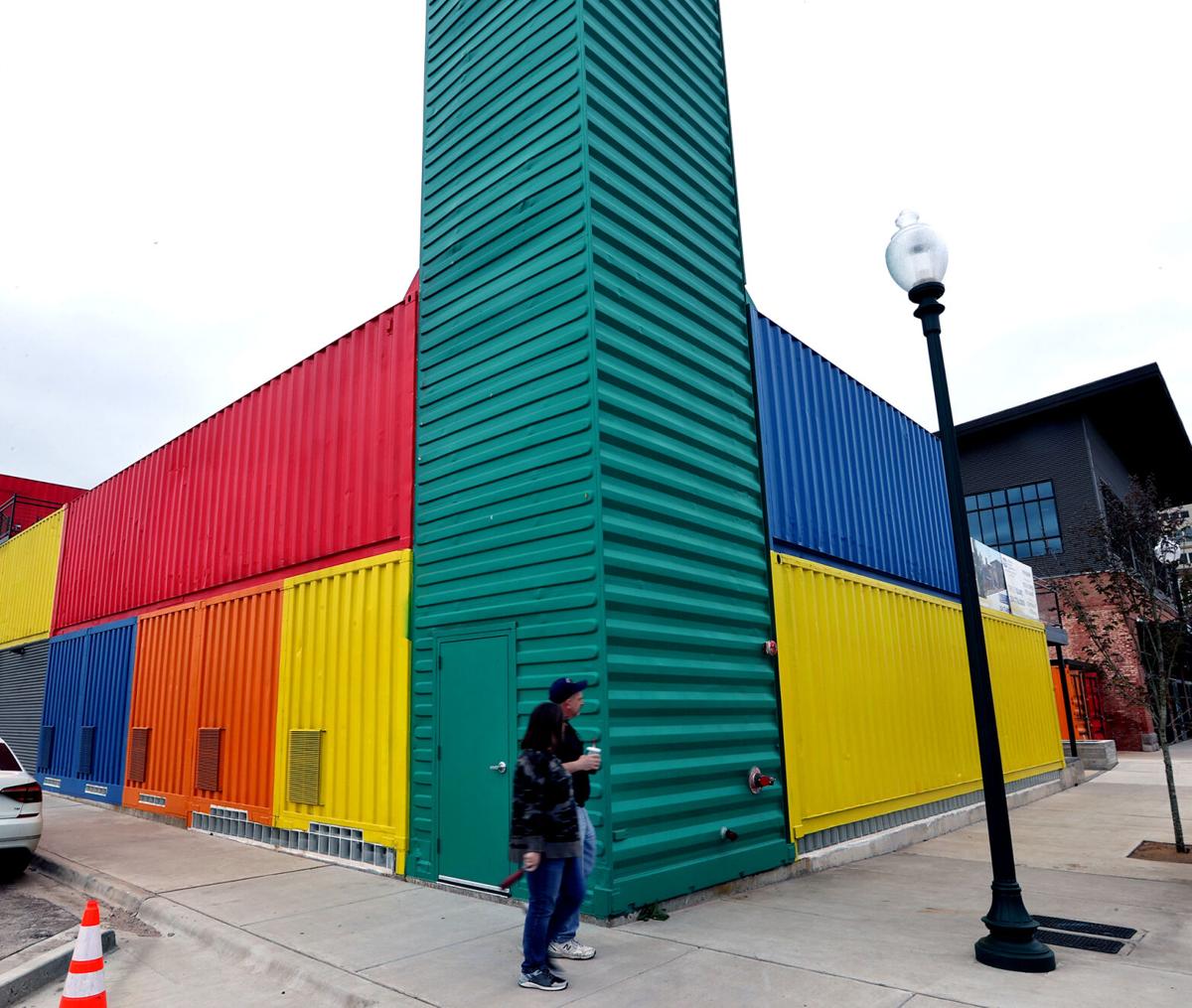 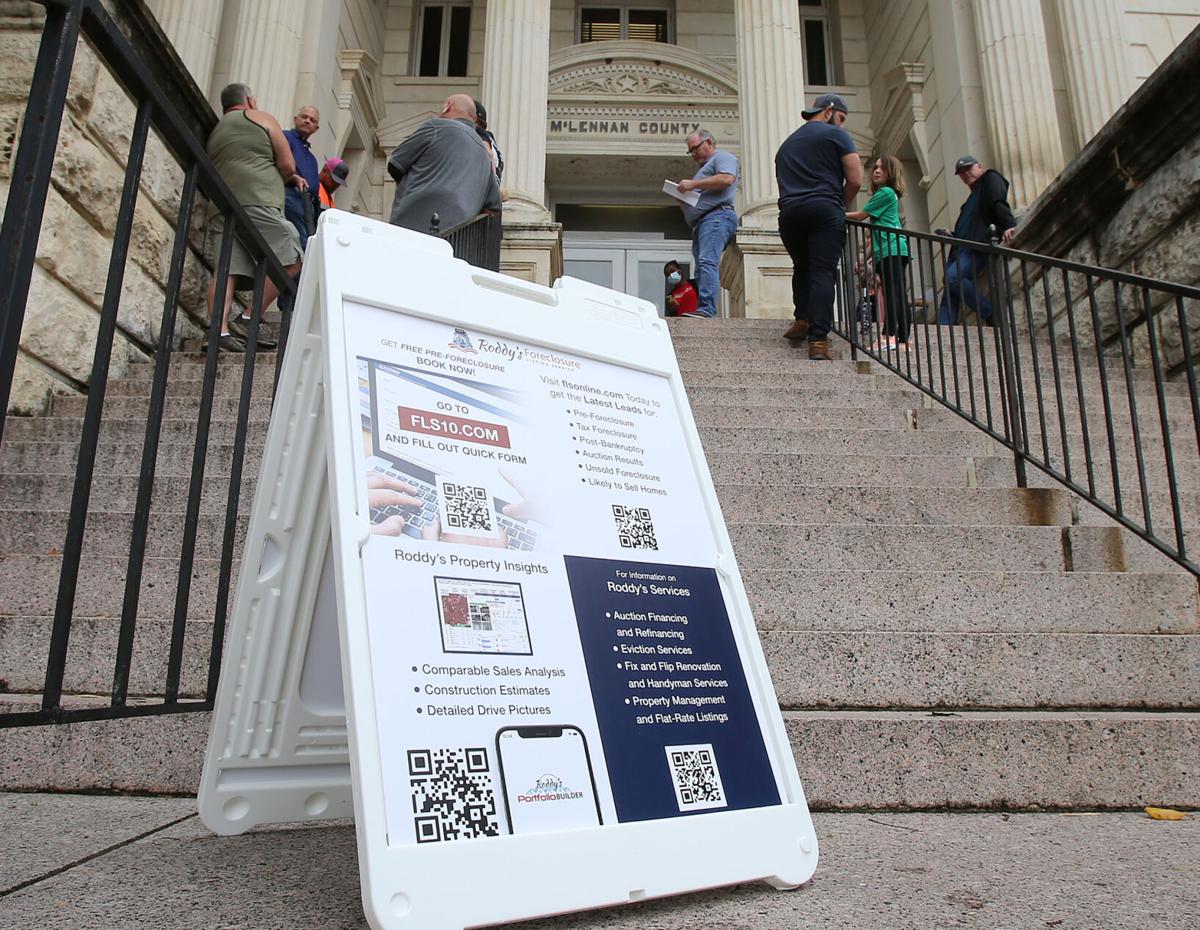 The Containery was on the public auction list Tuesday at the McLennan County Courthouse, but no buyer materialized. 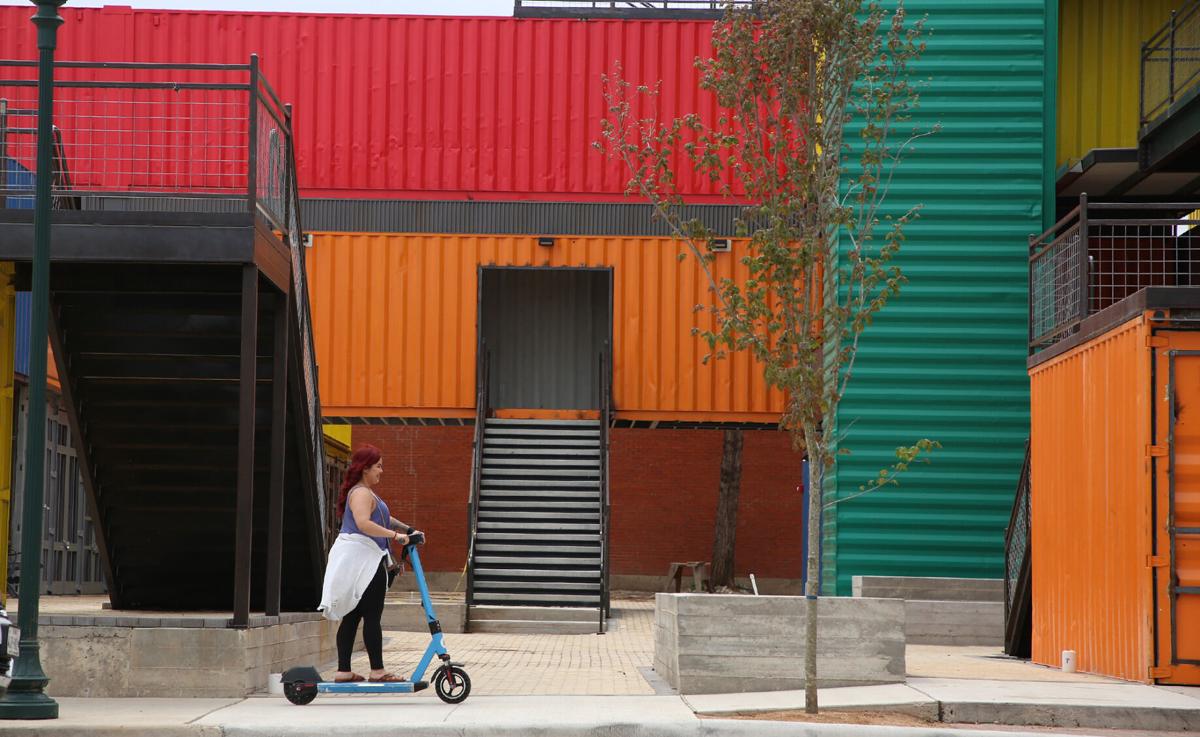 The multicolored structure at Fourth Street and Jackson Avenue called The Containery has been foreclosed upon, the owner defaulting on a $4.4 million loan and his plans to place there retailers and restaurants now in doubt.

TFNB Your Bank For Life financed developer Bill Wetterman’s plans for an offbeat, 38,000-square-foot venue crafted from shipping containers and a decades-old garage.

Now the bank takes possession of The Containery, as no one bid on the property during an auction Tuesday on the McLennan County Courthouse steps. Local attorney Steve Burton announced at the auction his client, Mitchell Construction, has filed a lien against The Containery.

Another Wetterman venture, converting the former Geyser Ice Co. complex near 10th Street and Webster Avenue into a hotel with ground-floor retail and dining options, was pulled from Tuesday’s foreclosure auction. That project involves about $2 million in financing provided by TFNB. It could make the list again the first Tuesday of next month, if the two sides fail to reach an agreement on ironing out differences.

Waco commercial real estate agent Gregg Glime said by email Tuesday he has the so-called Geyser Boutique listed for sale. He said he has not been involved “with any part of that process” relating to the foreclosure of The Containery or the Geyser Boutique and could not offer information about their status.

A decision on what The Containery space will become now rests with the bank, or a buyer. Bank President David Littlewood did not return calls seeking comment. He told the Tribune-Herald in March, when proof surfaced the project faced financial challenges, that the bank was providing financing via a loan meeting criteria related to energy consumption and recycling.

Littlewood said in March that The Containery suffered from bad timing, attempting a launch “right smack in the middle of a pandemic.” He said it remained an intriguing project that had generated considerable interest.

Now TFNB Your Bank For Life faces finding a new user for the interlocking shipping containers piled high at Fourth Street and Jackson Avenue, near the Behrens Lofts, 219 S. Fourth St., another Wetterman project. He developed the lofts, sold them, then reacquired them to convert to condos.

He also leases out space next door to Fabled Bookshop and Cafe.

Wetterman acquired property that would become The Containery’s address in 1999, buying it from the city of Waco. He told the Tribune-Herald he might need the space for parking. He said he later saw more than parking in its future, considering foot traffic Magnolia Market was generating nearby.

He announced plans for The Containery in 2017, outlining plans to refurbish an old garage and surround it with containers. He estimated then the improvements would cost about $2.5 million, the Tribune-Herald reported.

Wetterman secured a pledge of $488,078 in Tax Increment Financing Zone money, to be used primarily for landscaping and facade improvements.

But Wetterman never saw a dime. He failed to meet a Sept. 30, 2019, deadline, then he and the city disagreed on an added stipulation that he repaint the containers in more muted colors. The Waco City Council never formally approved an extension.

Waco economic development manager Kent George said Tuesday the city no longer has any involvement in The Containery.

Wetterman could not be reached for comment Tuesday. He has not replied to several messages recently regarding The Containery’s status.

Glime said in March he was continuing to pursue deals involving The Containery, saying he had five signed leases and 20 to 25 other potential users “who have asked that we keep them updated and informed.”

The Containery was on the public auction list Tuesday at the McLennan County Courthouse, but no buyer materialized.