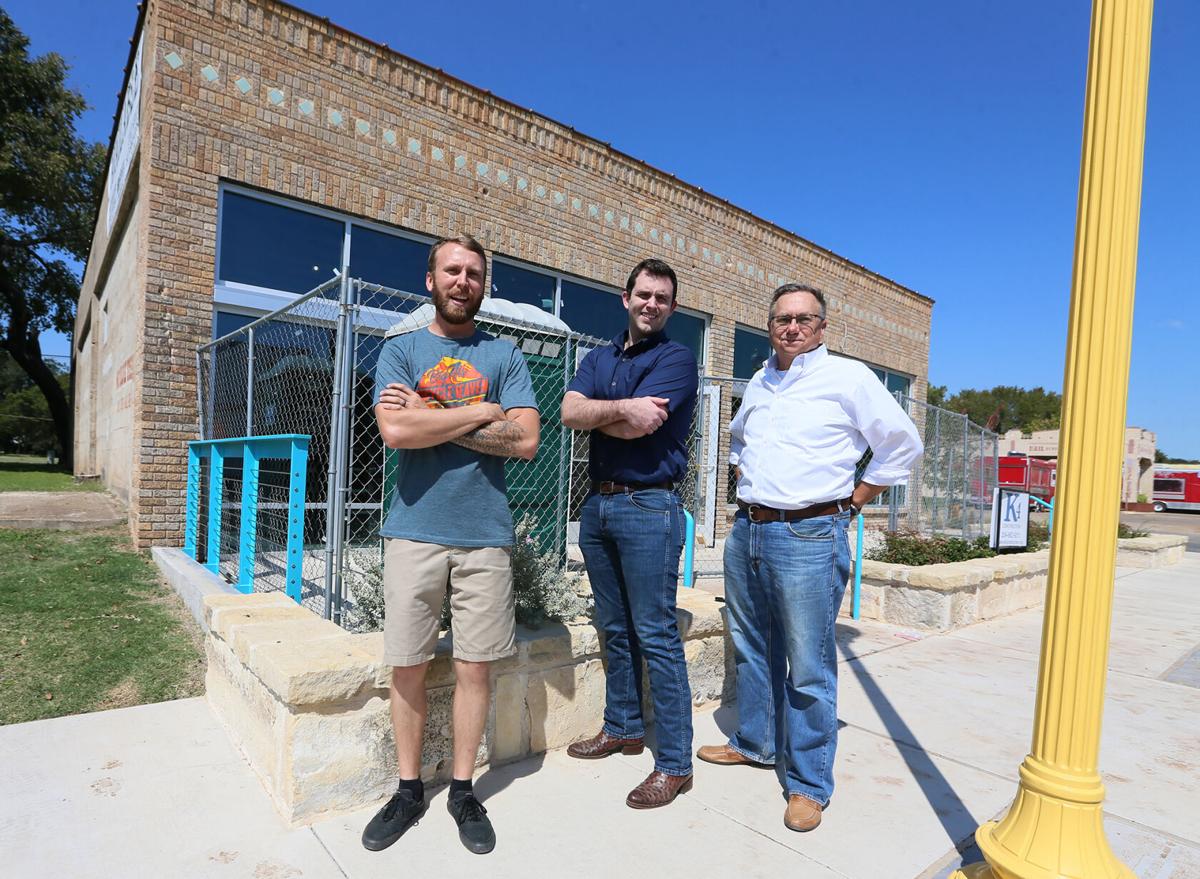 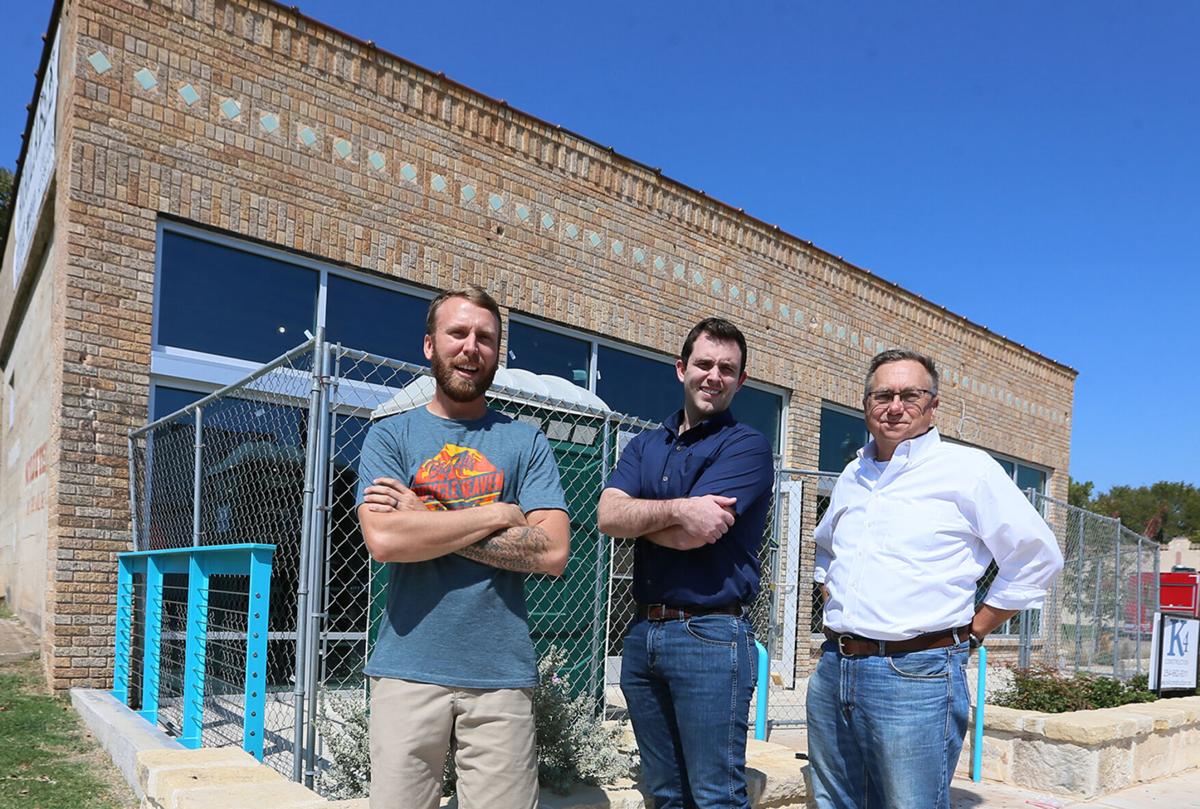 Shane Howard grew up riding his bike in Cameron Park, and now he is rolling back into Waco from Colorado to open a bike shop on Elm Avenue.

He is moving to a stretch where public and private developments are rapidly unfolding. Howard has signed a lease at 720 Elm Ave. and will occupy half a building owned by Anthony Billings and Rodney Clark. They secured an almost $90,000 grant from the city’s in Tax Increment Financing Zone to put toward an estimated $414,000 recovery of the nine-decade-old structure.

At OTB Cyclery, which should open the day before Halloween, Howard will stock Kona Bicycles, a brand that has evolved from almost exclusively mountain bikes to include road, gravel, cyclocross and commuter-style products, according to its website. The company is based in Ferndale, Washington, and was founded in 1988 in Vancouver, British Columbia.

It sells in 60 countries and distributes in Europe from Geneva, Switzerland.

“We will sell, service and repair bikes,” Howard said of the shop. “At some point, we will offer used bikes, though not when we first open.”

He also envisions making rentals available to would-be customers and visitors to Waco wanting to check out the sights and sounds near downtown on two-wheelers.

He said he personally will run the shop until demand requires hiring help.

“In the beginning, it’s just me. Depending upon how fast we grow the business, we could have two or three people employed at the shop,” Howard said. “It eventually will be a full-service bike shop, with accessories, gear, parts and apparel. There are other bike shops in Waco, at least one downtown, but they don’t offer the same brand I’m offering.

“We definitely will be competitors in the bicycle market in Waco, but it’s big enough to support two or three. There will be Bicycle World, Bear Mountain and me. I understand Welhous is moving to Clifton.”

Howard, 30, graduated from Robinson High School before training in automotive technology and airframe technology at Texas State Technical College, and also learned to become an aircraft mechanic. A job opportunity in Colorado gave him access to the field of electric airplanes.

“But for the past 18 months, I’ve been trying to figure out a way to get back home, opening a bike shop. The pandemic made us sit back and think about what we’re doing with our life,” said Howard, who is the married father of three boys. “Then it became a matter of finding the right time.”

Howard met with Timothy Holtkamp, an adviser at McLennan Community College’s Small Business Development Center. They collaborated on a business plan, and Howard started his search for a suitable address.

“I’d heard that Elm Street was up and coming, and (real estate agent) Colt Kelly showed me the building I settled on,” Howard said.

Owners of the building received a financial commitment from the TIF board after submitting a redevelopment plan that included partial demolition, façade improvements to include energy-efficient windows, exterior lighting, a dumpster pad, awnings and architectural and engineering plans.

The building was in bad shape, to say the least. Crews encountered a collapsed roof, and the structure had to be stabilized from the inside. Billings received a six-month extension to qualify for TIF assistance.

Billings said the project also saw its schedule slip when the city repaved the 700 block of Elm Avenue, though the result was “well worth the wait.”

Nearby, work continues on creating a plaza and “festival street” along a few blocks of Bridge Street near Martin Luther King Jr. Boulevard. Construction is well underway or winding down on two new hotels and an upscale apartment complex near Bridge Street, Elm Avenue and MLK Boulevard.

Billings, who could not be reached Tuesday for additional comment, has said his building on Elm Avenue would partially serve as a dance studio.

“Kelly Commercial has enjoyed playing a role in the East Waco area and believes that OTB Cyclery will be another great addition to everything going on,” said Colt Kelly, an agent with Kelly Realtors.

The agency is listing another 1,800 square feed of storefront at 720 Elm Ave. and has more space nearby.

“We have up to 9,500 square feet available for lease at 600-618 Elm, currently the Salvage Carpets building,” Kelly said by email. “We have been receiving inquiries on these other spaces; however, OTB Cyclery is the only lease finalized at this time.”