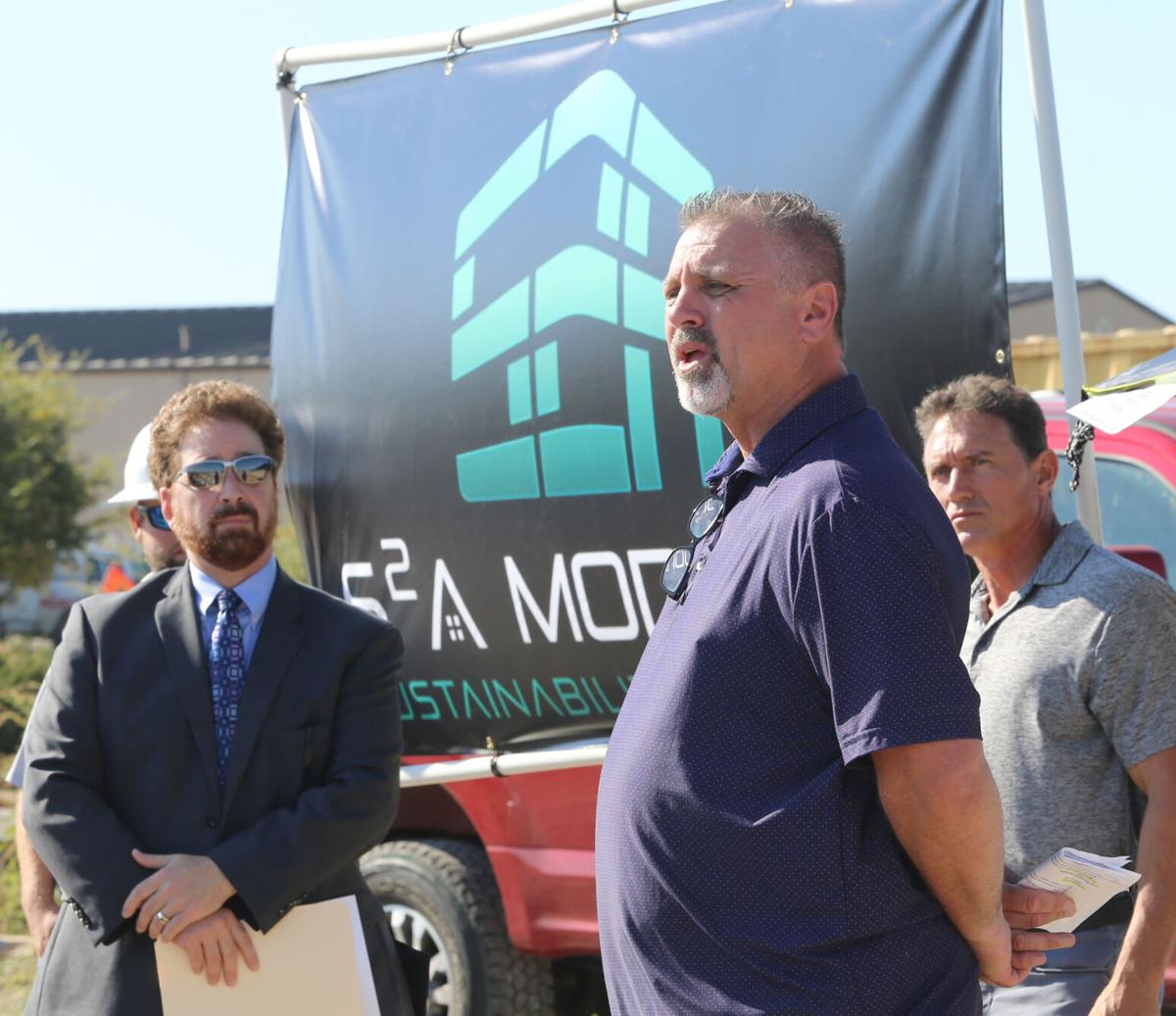 Waco chamber and S2A Modular officials speak during a ceremony Tuesday to mark the start of site preparation for a new factory at 1619 Exchange Parkway. 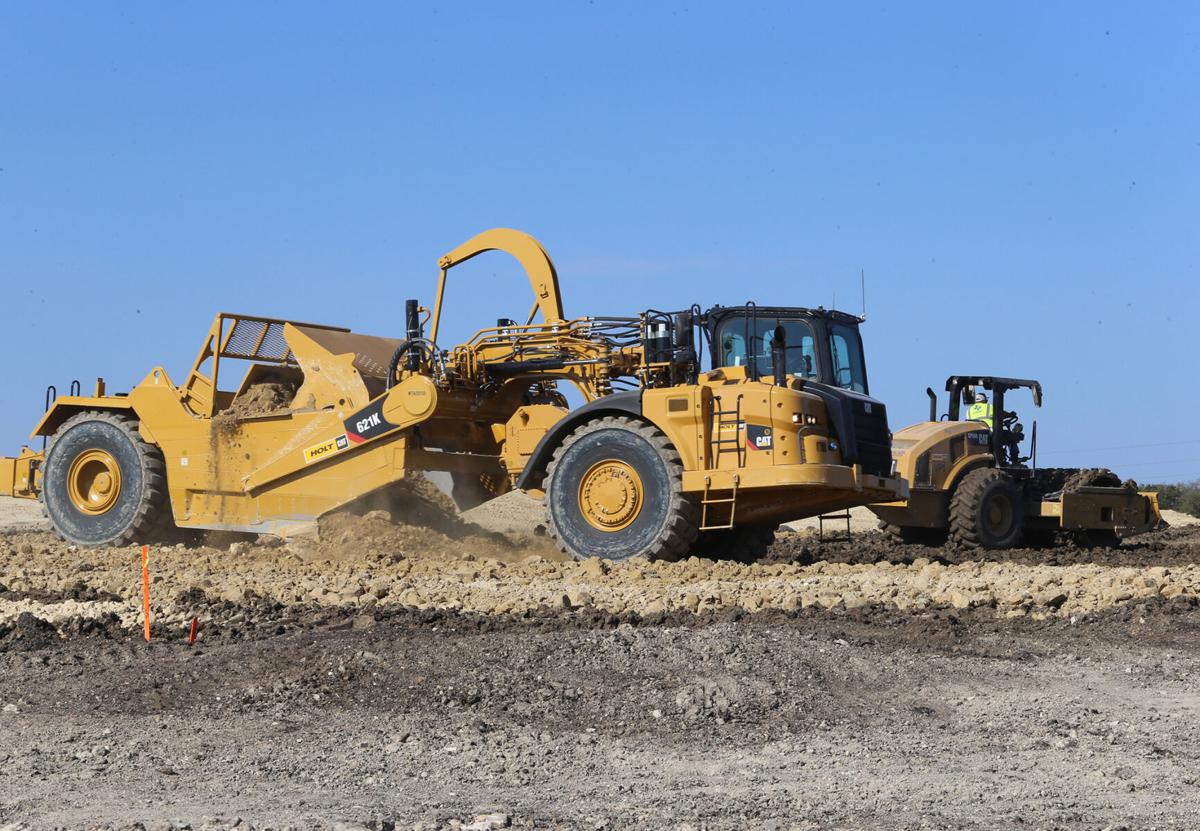 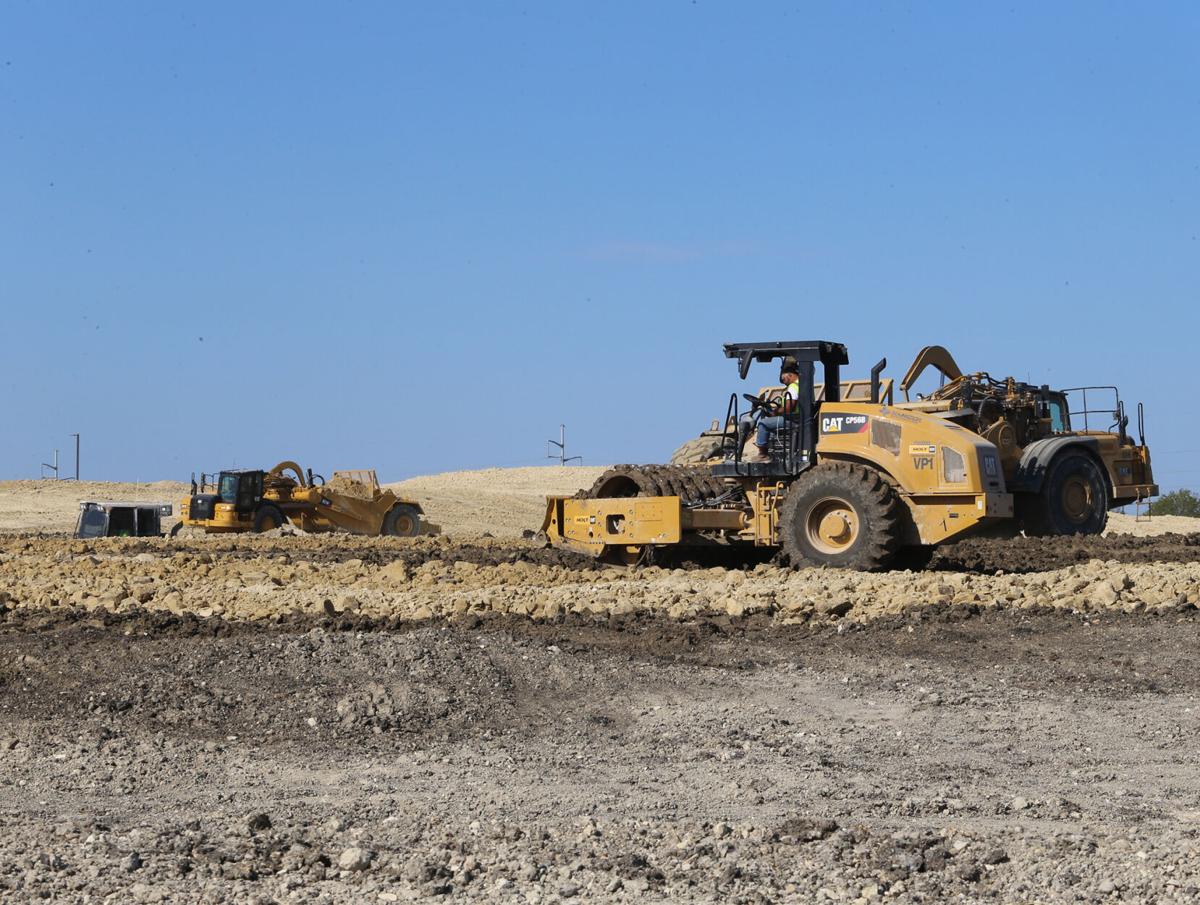 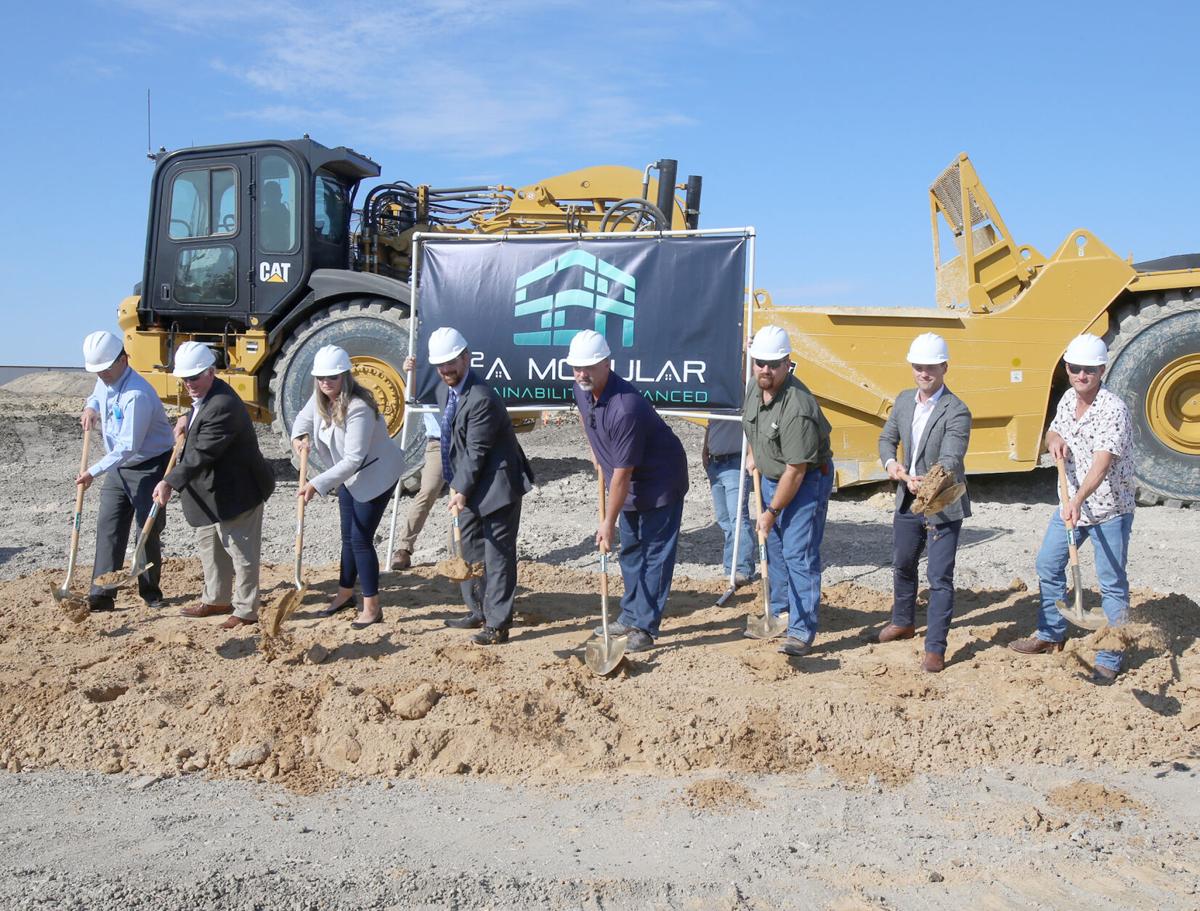 S2A Modular and Waco-area officials take part in a ceremony Tuesday marking the start of work on a new factory at 1619 Exchange Parkway.

Near the long shadow cast by Waco’s new Amazon fulfillment center, a California company Tuesday broke ground on its second Megafactory that will employ 250 and produce smart homes in assembly-line style.

S2A Modular is clearing land at 1619 Exchange Parkway and plans to begin churning out “electrically self-sustaining” dwellings by June, S2A construction director Bryan Stancil said. He will need skilled tradespeople of every stripe, he said during a ceremony attracting city and county leaders, the Greater Waco Chamber of Commerce and business types.

Stancil, originally from Southern California, now living in Mississippi, said crews will develop the Waco facility in phases, putting up larger buildings in which construction and assembly will take place, others to accommodate on-site staffers, model homes and miscellaneous functions.

S2A Modular will serve as its own general contractor, while subcontracting other tasks. Waco’s Mitchell Construction is overseeing site preparation.

“We’ve been working with them several months, generating relationships,” said Cameron Kendrick, Mitchell’s director of pre-construction. “They’re out of California, so they face new (construction) rules and regulations. We’re preparing 30 acres, meaning they will have plenty of room to expand. They will start with 100,000 square feet and move from there.”

S2A spokesperson Robert Knoll by phone discussed differences between modular homes and mobile homes. Mobile are prohibited or restricted by some municipalities, including Waco, are classified as vehicles and carry vehicle identification numbers, Knoll said. Modular homes are affixed to foundations and regulated as stick-built homes.

Knoll said S2A Modular would offer home models s ranging from 690 to 4,100 square feet, and priced at $149 to $169 square feet, the more expensive models with features including solar panels and energy storage systems.

“They are pre-designed, but any of the plans can be customized for customers. They will work with you to build the home you want,” Knoll said. “They can be of unlimited square footage. You’re only limited by your imagination. Instead of waiting nine months to a year, your home can be factory-made in a matter of weeks and shipped to your site and placed on your site in a matter of weeks. The major advantage is these homes are built in a controlled environment, with kiln-dried lumber and precision cuts.”

Knoll said S2A Modular has not yet built its first home, though “all the members on their executive team have decades of experience building modular, and their first factory in Patterson, California, will start manufacturing homes later this year,” he said via email.

Stancil said anyone interested in acquiring an S2A home is welcome to start their search at the company’s website, www.s2amodular.com. Stancil said would-be buyers can look into potential energy savings there.

A press release says S2A hopes to move beyond residential to include “full communities, commercial buildings and world-class hotels.” It calls its Megafactories cutting-edge manufacturing centers, and says co-founders Brian Kuzdas and John Rowland are pursuing 35 factory locations in North America with projections of building 35,000 units annually by 2025.

According to a statement from the chamber of commerce, the factory in Waco will generate more than $80 million in direct economic impact to the region, and $60 million in secondary impact due to scale of operation.

S2A’s new home has become a hotbed of industrial activity, with Amazon close to completing a $200 million to $300 million fulfillment center right across Exchange Parkway. Amazon is poised to hire 1,000 people and pay them a minimum of $15 an hour.

Just up the street, also on Exchange Parkway, a speculative building called Exchange Industrial Park is under construction. Lease space from 30,000 to 150,000 square feet will become available upon completion.

Also on Exchange Parkway, the Army & Air Force Exchange Service distribution center is advertising for warehouse positions, while Polyglass, a maker of roof coatings, has jobs to fill at $17.50 an hour.

S2A Modular by late Tuesday has not disclosed its Waco wage structure.

Waco chamber and S2A Modular officials speak during a ceremony Tuesday to mark the start of site preparation for a new factory at 1619 Exchange Parkway.

S2A Modular and Waco-area officials take part in a ceremony Tuesday marking the start of work on a new factory at 1619 Exchange Parkway.