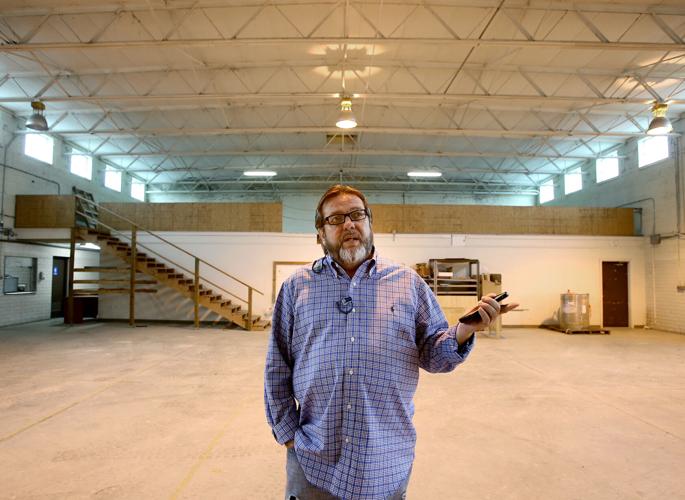 New AGE founder Mike Wilson stands in the former National Guard armory in Marlin, where the company is moving its headquarters. 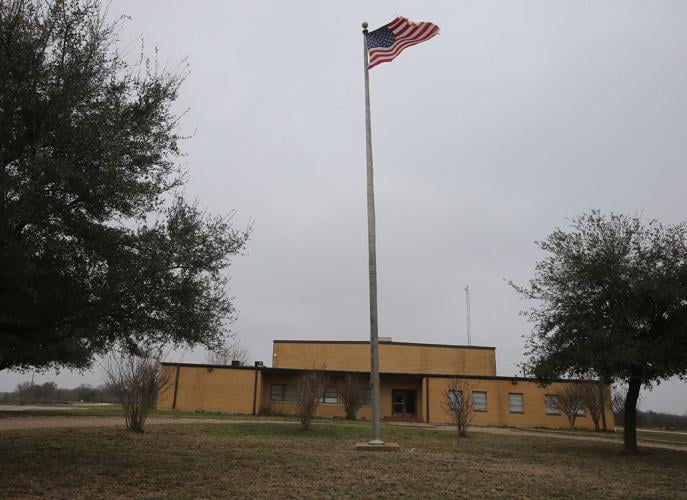 A Dallas energy company is making Marlin its headquarters, setting up offices in an old National Guard armory and announcing interest in making the troubled Veterans Affairs hospital there a research center.

New Alternative Green Energy Inc., or New AGE, wants to remove toxins from coal and valuable metals from coal ash while producing hydrogen to produce cleaner electricity, according to a press release. It chose Marlin because of its central location in the state and its proximity to the coal-fired Sandy Creek power plant near Riesel, company founder Mike Wilson said.

Wilson said the company hopes to work with Baylor University and Texas A&M University to develop a talent pipeline, while also collaborating with local leadership to provide training and job opportunities.

Marlin Mayor Carolyn Lofton said New AGE presented its vision for the community several months ago, and she remains upbeat.

“I hope it’s not something that will bring any negativity to Marlin. We don’t need that. We hope that it’s something good for Marlin. That is our prayer,” Lofton said. “We are trying to initiate business opportunities.”

Longtime Marlin resident Gene Brown, who owns Brown Electric, is working with New AGE and Wilson. Brown said he has a professional interest in renewable technologies, solar power and wind power, having secured a patent eight years ago for a wind turbine that has piqued Wilson’s interest.

“I’ve gone into business three different times with three different groups, and each time they tried to steal everything I had,” said Brown, who turns 80 in June. “You might say my wind turbine is too good. Mike has seen it and realizes its potential. He wants to process fly ash and make hydrogen. Problem is, it costs as much to make it as you can get from selling it.

“But if you make it with wind, it becomes a viable product.”

Brown said he is negotiating to buy the old National Guard building in which Wilson hopes to create an office setting. He said with a laugh he is familiar with the space, having drilled there as a National Guard member in the 1960s. He said it last was used by a company making railroad switches.

According to the New AGE press release, the company hopes to become a force for economic development and generate funding for business startups while working with Mayor Lofton, Marlin City Manager Cedric Davis and other city, county and state leaders.

“We’re looking at sustainable community features such as agrihoods and ways to broaden citizens’ access to jobs that can provide well for their families,” Wilson is quoted as saying in the press release.

Davis said, “We fell in love with his business plan,” but Marlin has made no financial commitments to the project and has not received any.

Carey Hilton, CEO of a company that conducts laboratory testing, Vodik, said he is familiar with the work of New AGE and its operations in Marlin.

“New AGE and Vodik are working together very closely to bring multiple disruptive technologies into the marketplace in the coming months and years, and we feel like not only will these technologies create many jobs and benefit Texas, but will be used on a global scale to benefit mankind in general,” Hilton said by phone, reading from a prepared statement.

He said he could not comment further because of confidentiality agreements.

Asked specifically about Wilson and Marlin, he said, “Based on what I know, it appears he is putting forward a pretty dynamic operation there.”

Commenting on emerging trends, Waco-based economist Ray Perryman said in an email, “Transitioning to a greener energy future will involve a spectrum of technologies. While some aspects of renewables are fairly mature, many others are still developing, and one find in a research lab may lead to a dramatically larger role for hydrogen or many other possibilities.”

He said hydrogen primarily serves as a medium for energy storage.

“Moving forward, I see a role for both methods of cleaning emissions from traditional fuels, particularly in the near term, and fully renewable generation,” Perryman wrote. “In fact, global energy demand in the future is going to require both the cleaner use of traditional fossil fuels and rapid development of renewable sources,” Perryman concluded in his email.

The New AGE website, under “projects and opportunities,” includes graphics mentioning a closed coal mine in Arizona; the shuttering of four coal-fired plants in Montana; coal-related resources or energy production in Louisiana and Virginia; and the coal-fired generating plant in Riesel.

It also mentions the heavy concentration of coal-fired generating plants in China and South Africa, and their greenhouse gas emissions.

The website also identifies and provides biographies on its team of experts with backgrounds in science, research, engineering and business.

“The company also is pioneering new ways of harnessing wind, purifying water, and deploying hydrogen infrastructure to enable mass market use of the fuel,” according to the New AGE press release.

Wilson said the former Thomas Connally Department of Veterans Affairs Medical Center in Marlin oozes potential for research and development. But he said such a transition probably would cost $100 million.

“We have presented this to the Department of Energy as an option, purchasing and renovating this building as a research facility as opposed to building from scratch,” Wilson said. “But the title is so messed up.”

The 175,000-square-foot facility opened in 1949, and in recent years has become a source of aggravation. A deal fell through that would have made it a prison hospital, and a real estate development company’s plans to make it a transitional facility for veterans apparently have stalled.

“Last I heard, it was tied up in litigation,” Mayor Lofton said.

Just call Justin Blalock “Uncle Worm,” a nickname he has had since middle school, one he does not necessarily enjoy but finds himself stuck wi…

Quite a battle is unfolding this weekend in Waco. And, by the way, the Baylor University and Oklahoma State University plan a gridiron slugfes…

Shaun Jones sells reptiles in Waco, having moved here from Washington, D.C. No jokes, please, about politicians and sellers of snake oil.

The system should reduce annual water use by 37 million gallons, and energy consumption by 62%, while producing biogas meeting about 15% of the plant's energy needs.

New AGE founder Mike Wilson stands in the former National Guard armory in Marlin, where the company is moving its headquarters. 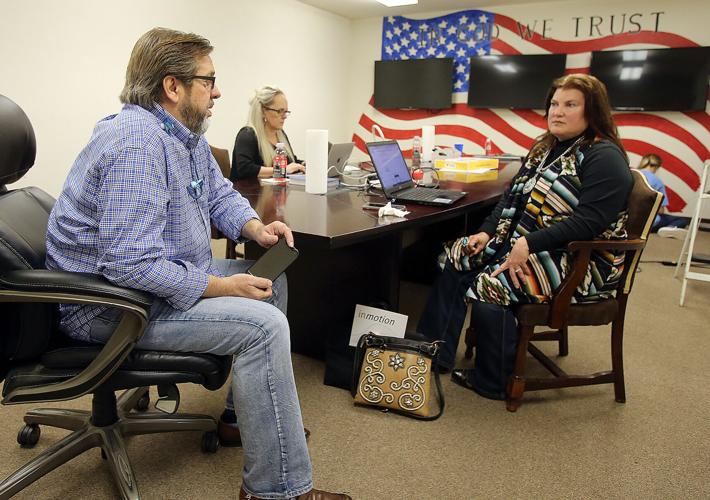 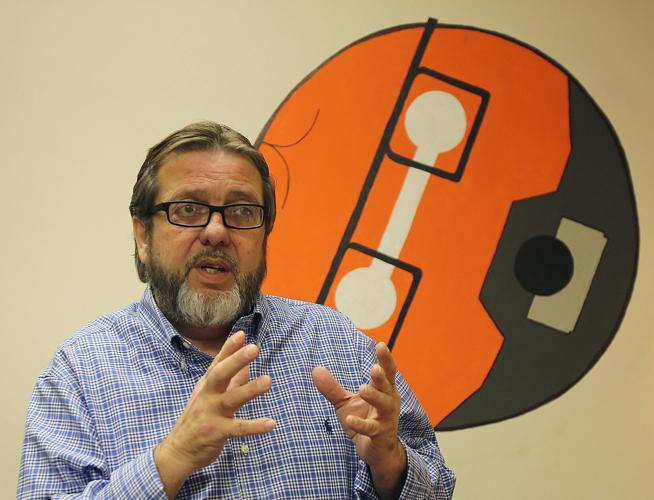 New AGE founder Mike Wilson discusses the company's goals in his office in the former National Guard armory in Marlin. 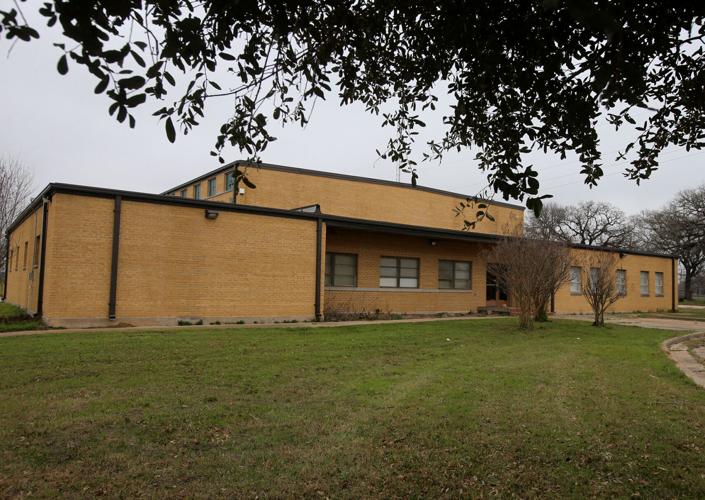