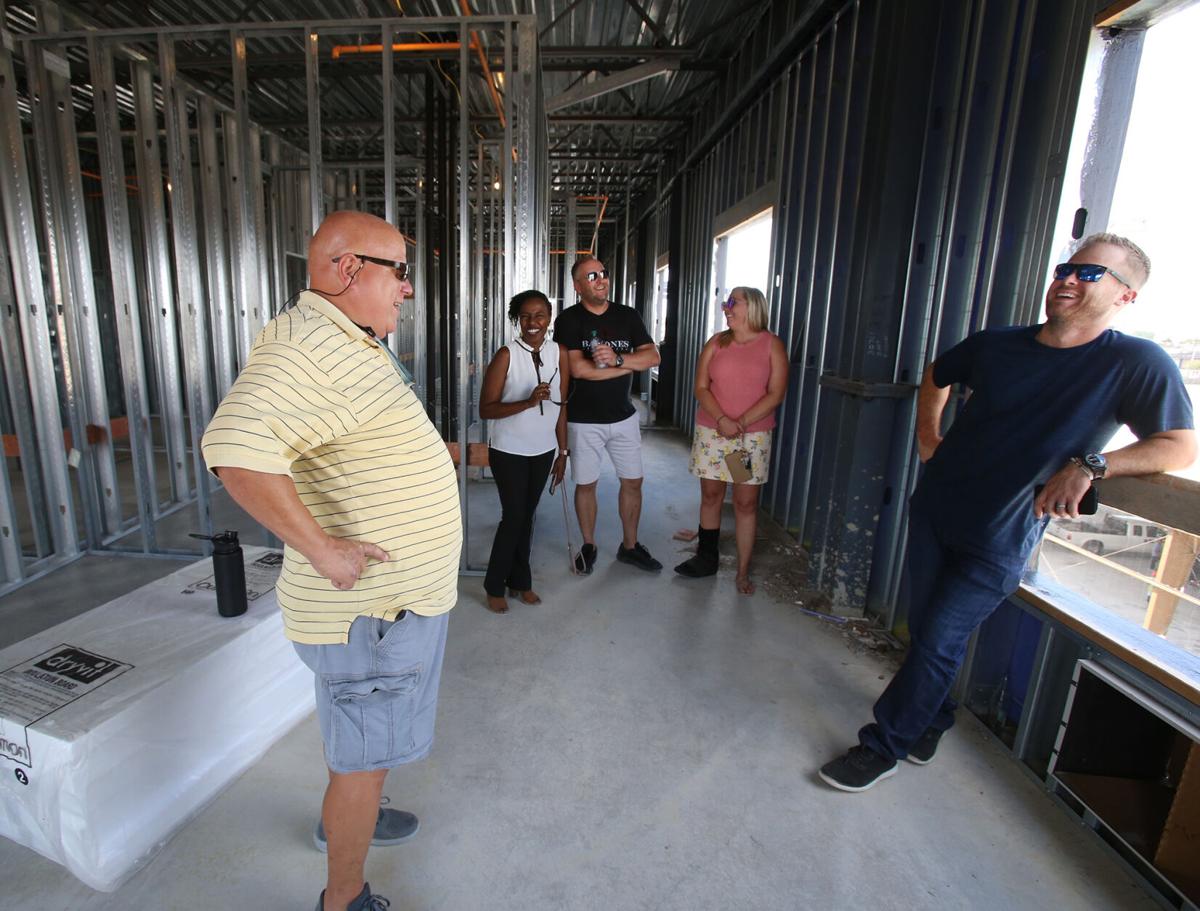 Julius Kramaric (left) an owner of Pivovar, a Czech-inspired restaurant, brewery, bakery and hotel, chats with others involved in the project during a recent visit. The business will operate at the corner of South Eighth Street and Jackson Avenue. 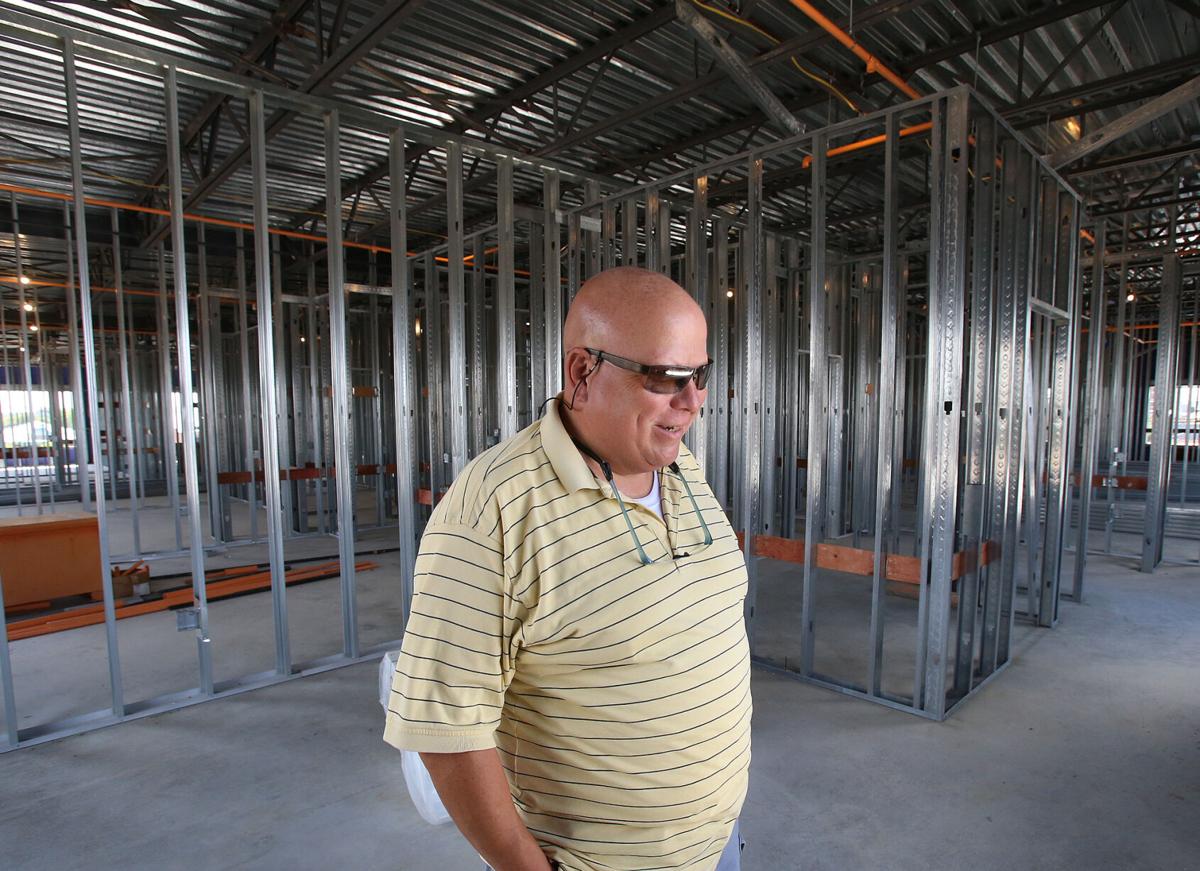 Julius Kramaric, an owner of Pivovar, a Czech-inspired restaurant, brewery, bakery and hotel, looks over the progress of the construction. The business will operate at the corner of South Eighth Street and Jackson Avenue. 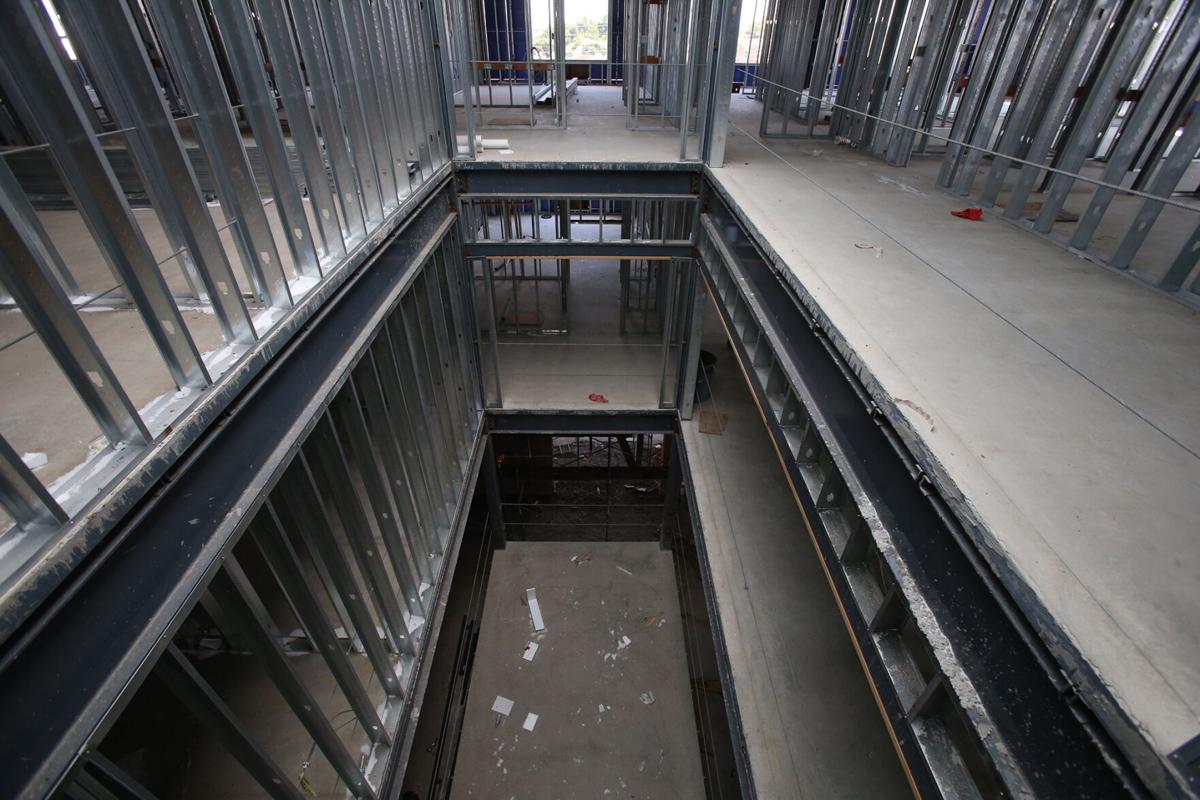 Pivovar, a Czech-inspired restaurant, brewery, bakery and hotel, is under construction at South Eighth Street and Jackson Avenue. 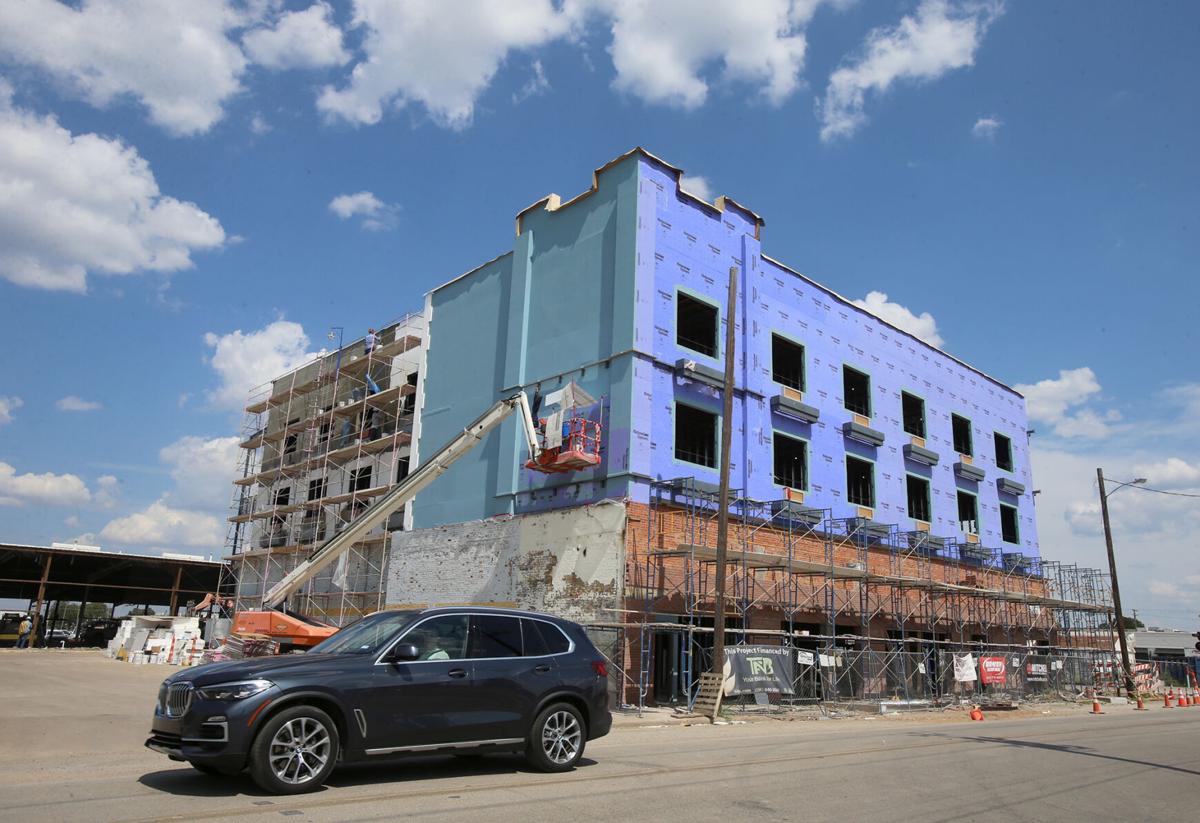 Pivovar Waco will be a Czech-inspired restaurant, brewery, bakery and hotel near the new entrance to Magnolia Market at the Silos on Eighth Street.

Julius Kramaric surveyed the scene at Eighth Street and Jackson Avenue while standing one day this week on the upper floor of Pivovar Waco, the brewery, restaurant, bakery and upscale hotel he is championing in downtown Waco.

And he previewed even bigger ambitions for bringing development to Waco, along with a dose of Czech heritage.

A native of the Czech Republic who also has a home here, Kramaric has not met his downtown neighbors, Chip and Joanna Gaines, but admires what they have done with the place next door, Magnolia Market at the Silos. Crews are wrapping up a $10.4 million addition to the Magnolia Market complex featuring more space for food trucks, a field for whiffle ball play and new retail spaces.

Kramaric, who practiced law almost three decades in Prague, traveled extensively in the United States in search of a place to park his money. His journey took him to New York City, to Florida and to Texas. But a chance meeting with Maggie Beseda, who was flying helicopter tours in Hawaii, proved instrumental in selling Kramaric on Waco.

Beseda, now a licensed real estate agent brokering homes in Greater Waco, is married to a Fort Hood soldier of Czech descent born in the Central Texas community of Penelope. The couple met in California, where Beseda took flying lessons. Beseda was employed by a tour service in Hawaii, and Kramaric wanted an hourlong, bird's-eye view of his surroundings.

One thing led to another, and Kramaric became friends with Beseda and her husband. They visited Czech-themed festivals around Texas, including Westfest, where Kramaric remarked he saw more Czech flags than in his home country.

"From about 2015 on, he became a regular at Westfest," Beseda said with a laugh.

She later would find Kramaric and his family a home in Woodway, his wife growing weary of hotel stays on their trips to Texas, Beseda said.

So here in Waco, in an aging building hard against the Union Pacific railroad tracks at Eighth Street and Jackson Avenue, Kramaric decided to build. Real estate agent Gregg Glime assisted in the selection process. Kramaric, whose business card identifies him as the treasurer of Czech Brewing Company LLC, lined up Mitchell Construction to do the heavy lifting. He also secured a publicly funded $683,291 Tax Increment Financing Zone grant for his $9 million renovation.

This week, trowel-wielding masonry workers are smoothing the textured exterior of the building, to which crews have added several steel-framed floors. Kramaric said crews took pains to preserve one of the structure's original walls, dating to when it served as a train station.

Completion of construction could arrive in November, but Kramaric said the lager to be served requires a 60-day brewing process. He said he would suggest penciling in a grand opening in February or March.

But Pivovar may prove only a sample of coming attractions, he said.

He confirmed plans to acquire the rambling Texas Meter & Device Co. complex next door, in the 300 block of South Eighth Street, where he is considering a 12-story "Czech Heritage Tower," an office building that may include other uses should demand dictate. Pursuing permits, consulting with the city planning department and nailing down an architectural design likely would push that venture at least two years down the road, Kramaric said.

In all, he is considering 12 projects in McLennan County, he said.

His timetable for tackling the ventures will depend, in part, on the availability of Mitchell Construction to shift from one to another.

Among those accompanying Kramaric on this trip to Waco was Petr Stuchlik, a Czech businessman and financial consultant who once was a candidate to become mayor of Prague.

He co-founded a consulting firm called Fincentrum and has been involved in various other investments, including ownership of radio stations and a stake in a short-term lending firm, according to a 2018 story at praguemonitor.com.

"He is one of many strategic investors on Julius' team," Glime said.

During an interview as he visited Pivovar, Stuchlik said Waco and the project impress him, and he will share his thoughts with potential investors.

Shooting footage of his and Kramaric's visit to the job site were Mark Waldrop and Carole Fergusson, both with a local marketing firm, Sidekick Agency. Waldrop said the footage will be shared with investors in the Czech Republic.

"Julius has had a very productive visit," Glime wrote in an email summing up the trip. "We have got quite a bit accomplished over the last two weeks and have been able to make many introductions between Julius and many other influential people throughout the community. He is very excited to be a part of Waco and especially excited to be nearing the completion of the Pivovar."

U.S. consumer prices rise by most in nearly 40 years

Side hustles that are perfect for both introverts and extroverts

Side hustles that are perfect for both introverts and extroverts

Why you should expect higher prices on milk, eggs, cheese and meat

Why you should expect higher prices on milk, eggs, cheese and meat

SpaceX creating the noise of progress in McGregor

Waco’s new theme song may borrow a line from country crooner Roger Miller, whose hit “King of the Road” opens with the words “Trailer for sale…

The estate of longtime Central Texas law enforcement officer Truman Simons has hit the online auction block, with items to be sold including f…

Time Manufacturing launched in 1965 as a one-product company in Clifton. Today it employs nearly 500 on Imperial Drive in Waco, more than 2,00…

It is bright, inviting and opens Wednesday. The grocery chain Poco Loco Supermercado has transformed a building on North 25th Street from 37,0…

The local economy served up quite the smorgasbord in 2021, everything from a new 14-screen Cinemark theater, Czech-themed brewhouse and restau…

Julius Kramaric (left) an owner of Pivovar, a Czech-inspired restaurant, brewery, bakery and hotel, chats with others involved in the project during a recent visit. The business will operate at the corner of South Eighth Street and Jackson Avenue.

Julius Kramaric, an owner of Pivovar, a Czech-inspired restaurant, brewery, bakery and hotel, looks over the progress of the construction. The business will operate at the corner of South Eighth Street and Jackson Avenue.

Pivovar, a Czech-inspired restaurant, brewery, bakery and hotel, is under construction at South Eighth Street and Jackson Avenue.

Pivovar Waco will be a Czech-inspired restaurant, brewery, bakery and hotel near the new entrance to Magnolia Market at the Silos on Eighth Street.