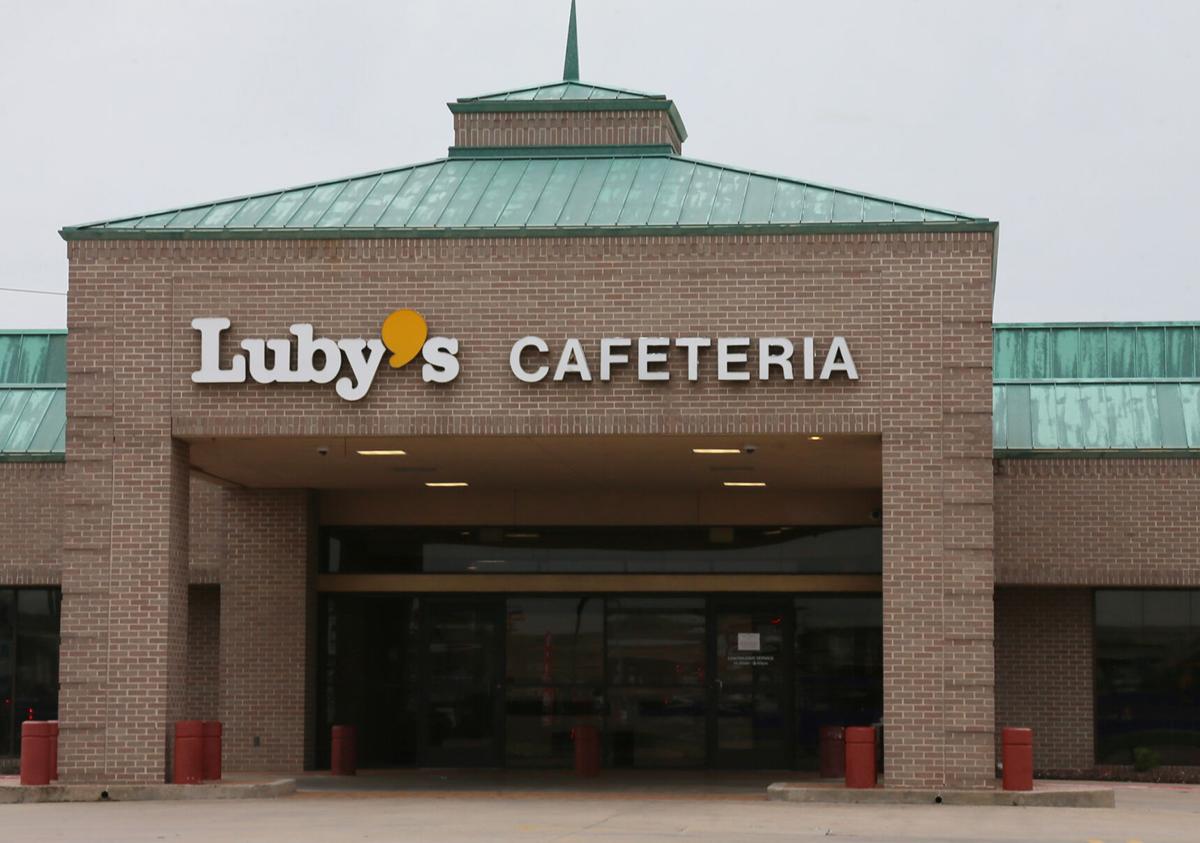 Luby's in Bellmead remains open as its corporate owners pursues a liquidation plan. The local manager said it remains business as usual until he hears otherwise. 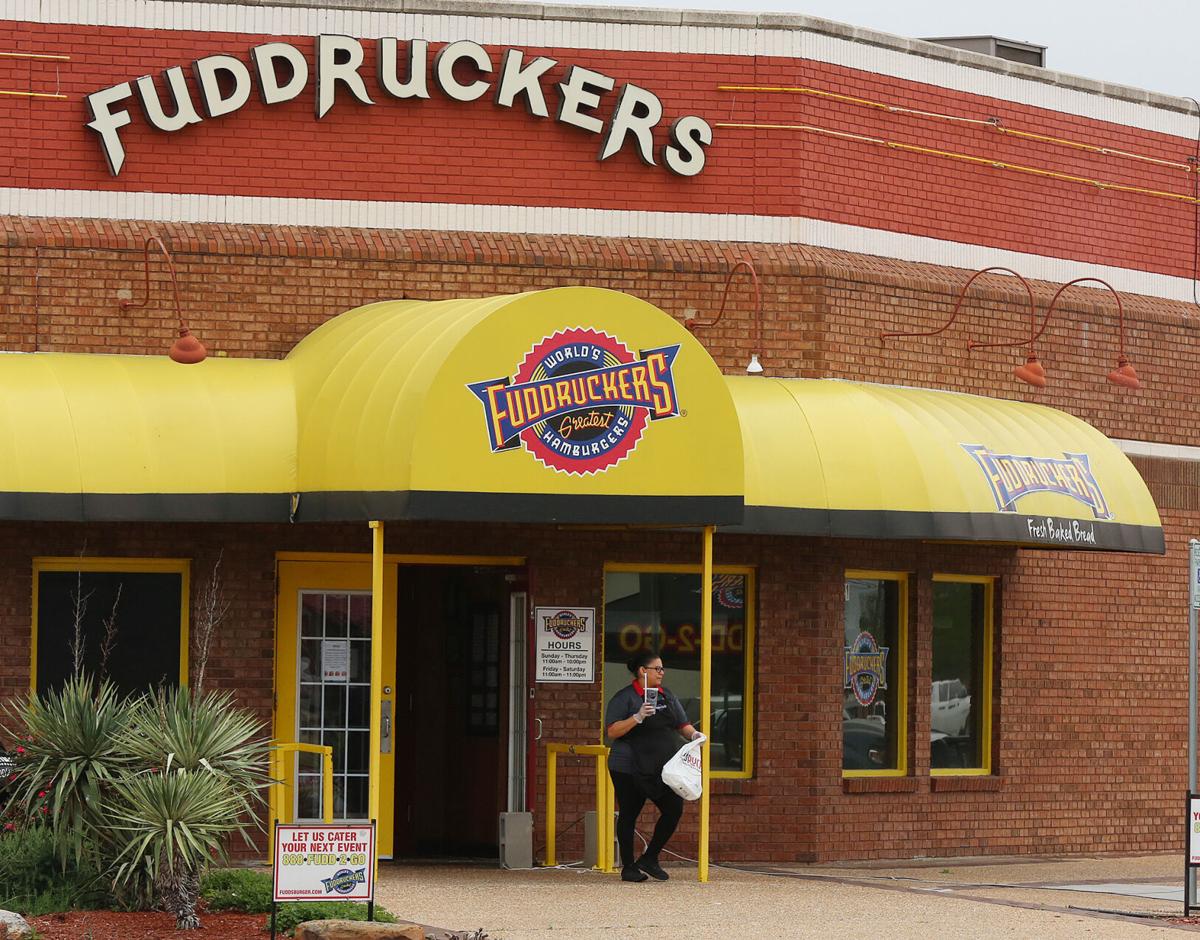 A Fuddruckers employee takes a pickup order to a customer in this photo from April, when restaurants were limited to to-go service only. While many Fuddruckers locations will close amid a corporate liquidation, Waco's is owned by a franchisee and will remain in operation.

The Luby’s cafeteria in Bellmead will close as the Houston-based chain liquidates amid COVID-19-aggravated financial woes, but its corporate relative, Fuddruckers, will remain open on Valley Mills Drive, according to local managers.

Meanwhile, tax records show the Oklahoma-based QuikTrip convenience store chain has bought the building Luby’s occupies near North Loop 340 and the Interstate 35 frontage road in Bellmead, near the epicenter of the $341 million widening of I-35.

“I’ve not been told anything about when we will close,” Rossow said. “We will continue to operate from 11 a.m. to 7 p.m. each day.”

Yes, he said, Luby’s has announced it will liquidate all locations as its shuts down the well-known cafeteria chain founded in San Antonio in 1947 by Bob Luby. The chain for many Texans is synonymous with Sunday lunch and family meals and known for its LuAnn platter. For fans, dishes like golden fried chicken and creamy macaroni and cheese are the stuff of nostalgia.

Popular culture even recognized Luby’s place in society. The character of LuAnne Platter on Mike Judge’s animated comedy “King of the Hill” was named after portions at Luby’s, the Austin American-Statesman reported.

“People still like our food. It’s fresh every day,” said Rossow, a restaurant veteran with time spent at Cracker Barrel Old Country Store and Ryan’s Family Steakhouse, among others.

He has spent eight years at Luby’s in Bellmead.

“Yes, they are going to liquidate, but they have to find people to buy what they’re liquidating,” Rossow said. “Until they actually tell us we’re closed, we will continue to do our job and go home. It’s the same everywhere, a sign of the times. I talk to other operators, other restaurants, and they’re in the same boat, primarily due to COVID-19. We rope off tables, place things on tables or take tables out to ensure everybody is 6 feet apart.”

He said almost 50 people are employed at Luby’s in Bellmead.

“The assets to be sold include operating divisions Luby’s Cafeterias, Fuddruckers, and the Company’s Culinary Contract Services business, as well as the Company’s real estate,” according to a Luby’s Inc. press release.

The company estimates it would use proceeds of the same to distribute between $92 million and $123 million in cash to stockholders, or $3 to $4 per share, after fulfilling other financial obligations, according to the press release. Luby’s Inc. has $57.3 million in long-term debt and $22.8 million in lease liabilities, according to its latest financial filings.

Luby’s once had two locations in Greater Waco, but now does business only at 951 N. Loop 340, an area in transition as I-35 changes shape. A Whataburger restaurant in the area has been demolished, and work is progressing on a new Whataburger.

“We have no fear of shutting down, I can promise you that,” Alvarado said.

She said the Waco location is owned by Daniel Stanton, a franchisee based in Lubbock.

“Attention Fudds fans: The recent news about Fuddruckers and Lubys does not affect our Fuddruckers franchise location,” according to a post on the Waco Fuddruckers Facebook page. “We will still be here cooking the World’s Greatest Burgers for you!”

A post on Stanton’s page with the same line states he has a total of 11 Fuddruckers that will remain open.

QuikTrip’s purchase of the Luby’s building on the interstate represents at least a second foray into the Waco area.

It recently secured a permit to build at New Road and I-35, just down the road from a mixed-use development under construction, where plans have been announced for a 14-screen Cinemark theater, a Topgolf and a Main Event.

H-E-B on the march with demo on North 19th, $14 million West Waco redo

H-E-B is changing the landscape at two Waco locations, securing a $14 million permit to remodel the store at 1301 Wooded Acres Drive while dem…

A new Amazon distribution center in Waco will employ nearly a thousand people and pay everyone at least $15 an hour, a fact Tiffany Gallegos W…

Luby's in Bellmead remains open as its corporate owners pursues a liquidation plan. The local manager said it remains business as usual until he hears otherwise.

A Fuddruckers employee takes a pickup order to a customer in this photo from April, when restaurants were limited to to-go service only. While many Fuddruckers locations will close amid a corporate liquidation, Waco's is owned by a franchisee and will remain in operation.