Profiles of L3Harris, Freeflight Systems and Blackhawk were informative, as was Kris Collins’ detailed examination of the three Waco-area airports — Waco Regional, TSTC and McGregor Executive — and the economic ripples they create. Collins’ day job, by the way, is recruiting industry as the senior vice president for economic development at the Waco chamber.

Jessica Attas, vice president of public policy at the chamber, reminds us McLennan County has its own Spaceport Development Corp., for which the chamber provides staffing. Its ultimate goal is launching a spacecraft by assisting with research, testing, training and infrastructure improvements.

This is not a mission reeking of pie in the sky. Remember, the county is home to a SpaceX rocket-testing facility employing several hundred. Waco and McLennan County in early summer pledged $2 million to assist SpaceX with $10 million in upgrades. Work includes installing noise-squelching systems.

According to the magazine issue, the community is home to more than 40 aerospace and aviation-related companies. The local Greater Waco Aviation Alliance has awarded almost $200,000 in scholarships to high school and college students, with priority given to those from military families.

Before the meeting, Crossie and Austin will visit RAM Aircraft at Waco Regional Airport. The company, which sells aviation fuel and performs engine services, received a $940,000 loan from Community Bank & Trust as part of the Small Business Administration-administered Paycheck Protection Program, Goree said.

The pandemic-related assistance allowed RAM to keep its 85 employees, he said. According to a press release, 271 Waco small businesses were approved for Paycheck Protection Program loans between $150,000 and $10 million, saving 16,514 jobs.

Baylor University will receive a $1.5 million grant from the U.S. Department of Commerce “to support entrepreneurship, acceleration of company growth, and increased access to risk capital,” according to a press release.

Baylor is among 52 organizations nationally to share $35 million awarded through the Commerce Department’s “Build to Scale” program.

Recipients will leverage $44 million in matching funds from other sources.

The restaurant is at 608 Dry Creek Road, between Gholson Road and the Brazos River, anchoring the village known as Homestead Heritage.

“We’ve held bi-monthly dinner events for a number of years now, and since COVID-19 we’ve had many people request that we do another one,” Taylor said by email. “However, instead of doing a dinner event, we’ve decided to begin serving dinner on a regular basis Thursday, Friday and Saturday, 5 p.m. to 8:30 p.m. … The cuisine is what we’re known for already: elevated farm-fresh American food.”

A fund to assist small minority-owned businesses is picking up steam, with Baylor University and TFNB Your Bank for Life donating $5,000 and $10,000, respectively, according to the Cen-Tex African American Chamber of Commerce.

A check-presentation ceremony recently was held at TFNB Your Bank for Life’s new downtown location. Representing the chamber at the event was Rachel Pate, who serves as vice president of economic development.

The chamber considers TFNB a “prominent partner” in championing opportunities for businesses, residents and neighborhoods of color, Pate said in a press release. TFNB, McGregor based with Greater Waco locations, has announced it will open a branch on Elm Avenue.

The chamber and the Center of Business Excellence hope to raise $100,000 to assist minority-owned businesses locally. TFNB is administering the fund, and has pledged to match donations up to $10,000. Gifts are tax deductible and earmarked to provide grants and microloans up to $2,500.

Local ‘State of the Nation’

The public is welcome to join a virtual “2020 State of the Nation” broadcast Monday. Participants in the event sponsored by the Greater Waco Chamber of Commerce include noted economist Ray Perryman, Neil Bradley with the U.S. Chamber of Commerce and U.S. Rep. Bill Flores.

Access the live program at noon by visiting wacochamber.com.

Rumors, speculation and building permits continue to swirl that suggest Amazon could occupy an almost 1 million-square-foot building planned on 93 acres at 2000 Exchange Parkway. Prevailing wisdom suggests it would serve as a fulfillment or distribution center for Amazon.

In that vein, Bloomberg recently published a story suggesting Amazon will build 1,000 to 1,500 smaller delivery hubs around the country. They “will bring products closer to customers, making shopping online about as fast as a quick run to the store,” said the news story. “It will also help the world’s largest e-commerce company take on resurgent Walmart Inc.”

According to Bloomberg, the hubs would cover 200,000 square feet, making them much smaller than the typical Amazon fulfillment center. 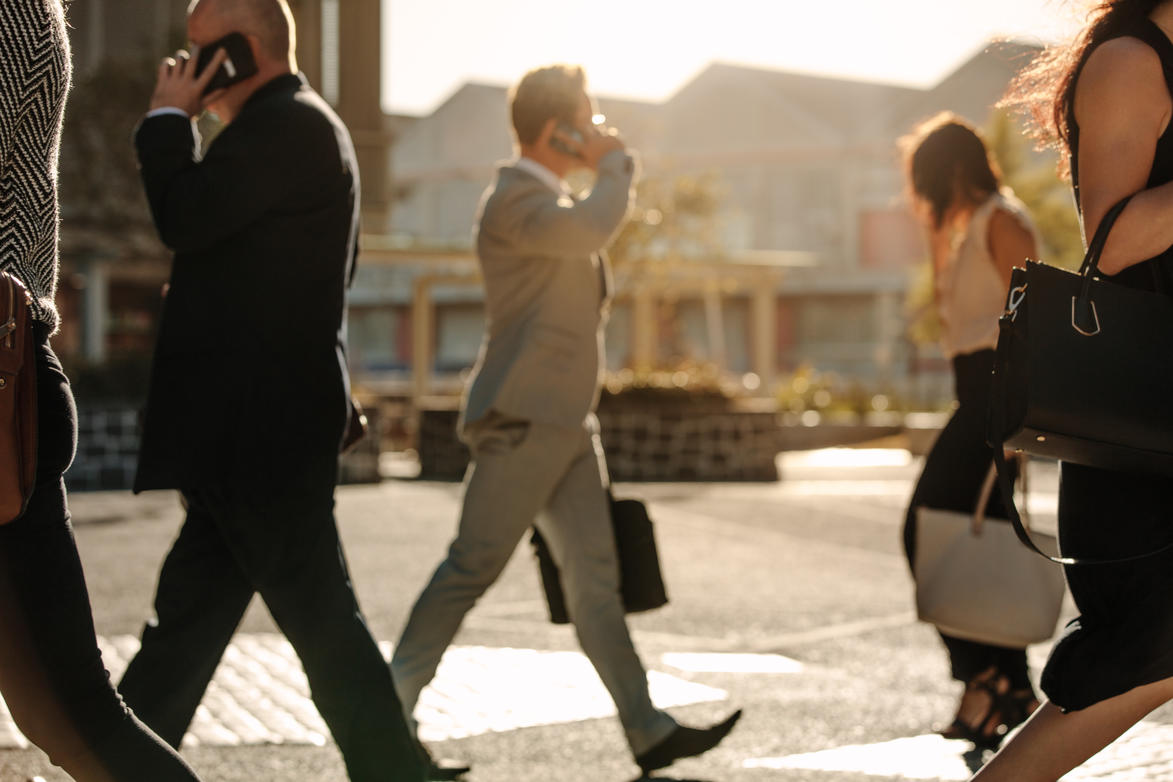 Compared to prior decades, enrollment in graduate education is at an all-time high. According to U.S. Census data, 13.1 percent of all adults and 37 percent of adults who completed a bachelor’s degree hold advanced degrees. These degrees include master’s, doctoral, and professional degrees, such as in medicine or law. But in the wake of increased enrollment, rising tuition, and highly variable financial outcomes across advanced degrees, prospective students should look closely at the return on investment before going back to school. 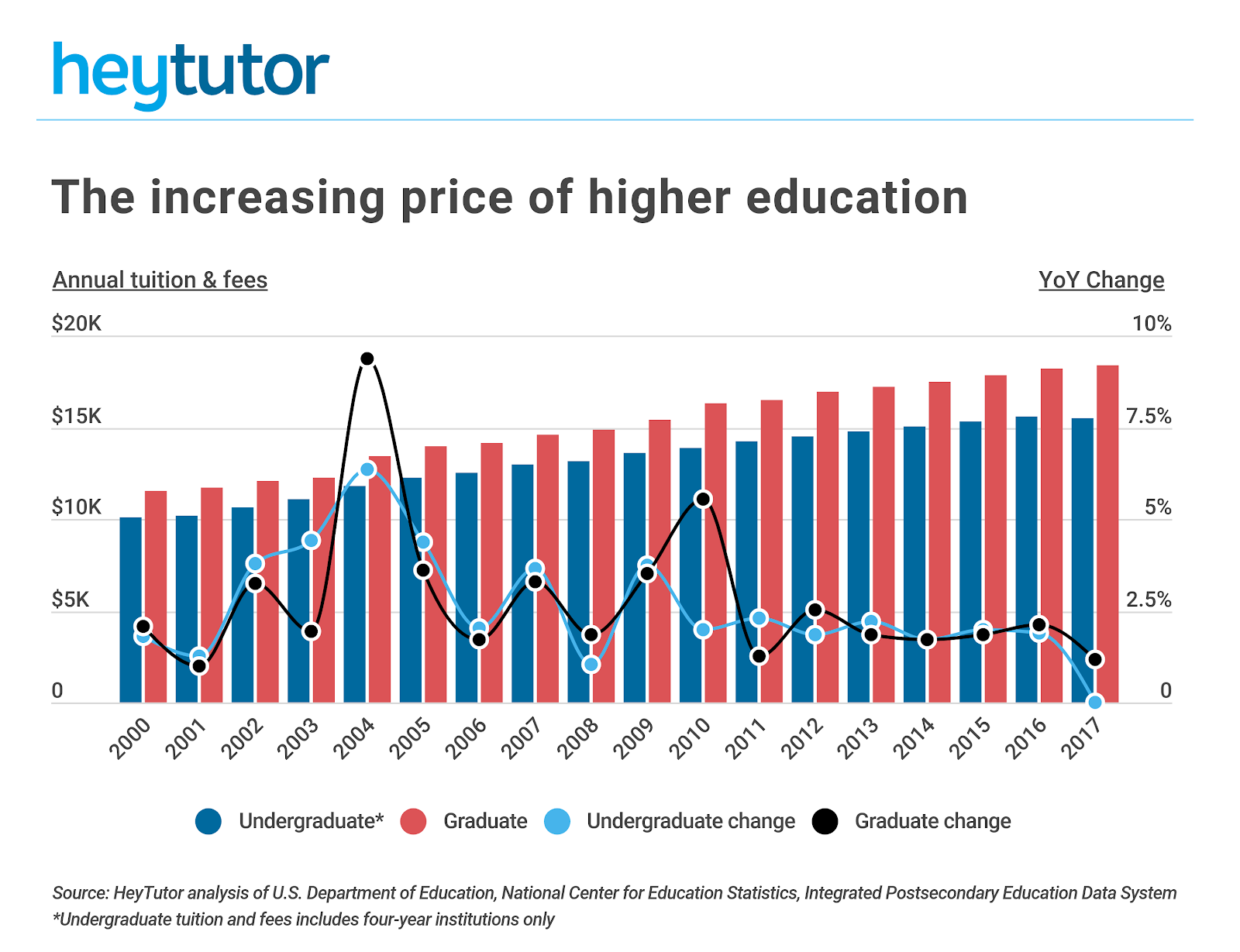 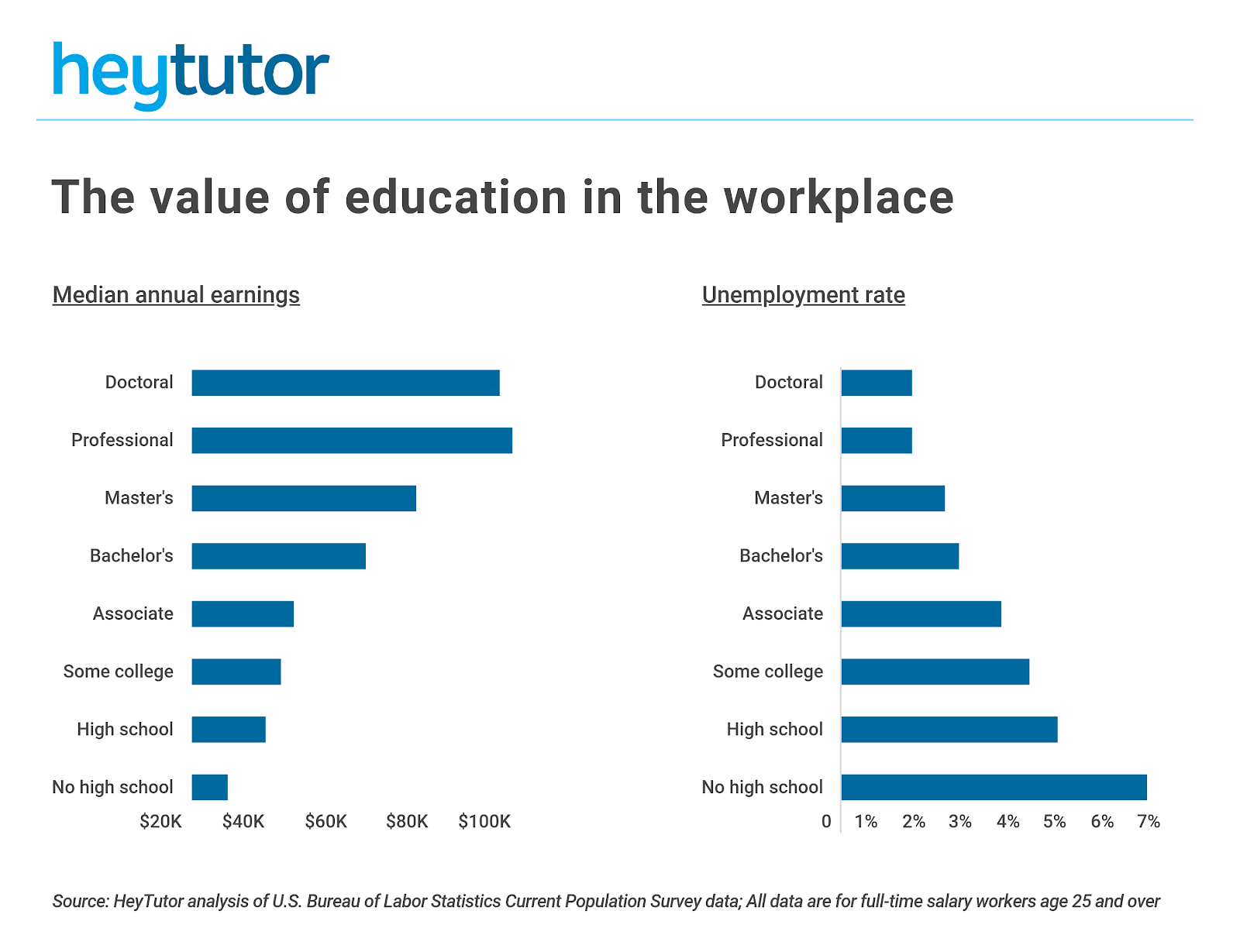 However, there’s a huge spread in salaries among occupations requiring an advanced degree.

By contrast, other professions requiring a master’s degree command far less than the typical bachelor’s degree-holder. This is particularly true for occupations related to social work or archival research. Among all occupations that require a master’s degree, rehabilitation counselors have the lowest median salary, at $35,630. When it comes to salary, investing in an advanced degree is not always worth it. 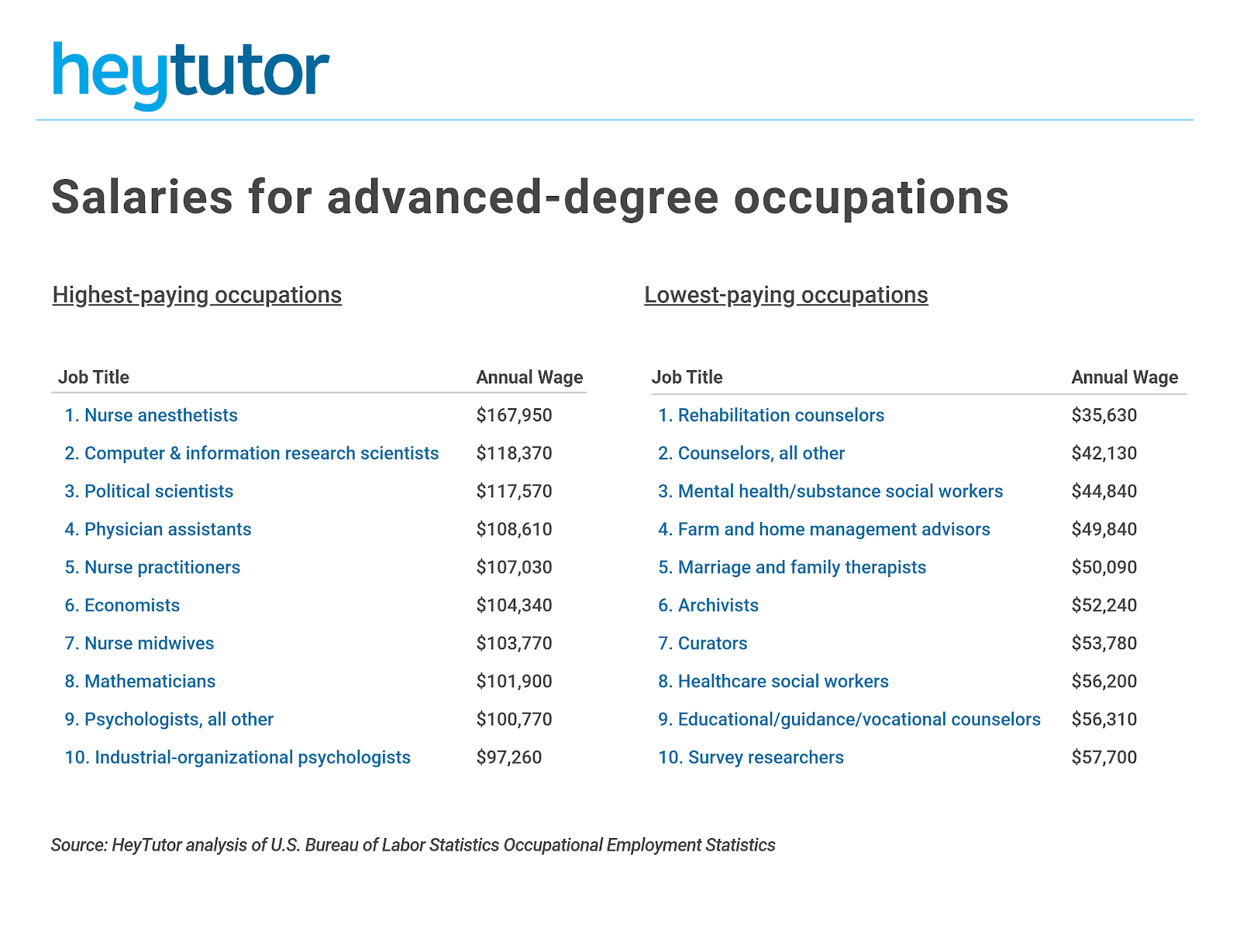 Fortunately, there are many high-paying jobs that don’t require a master’s degree or higher. To find which occupations have the highest median salaries without requiring an advanced degree, tutoring agency HeyTutor analyzed salary data from the U.S. Bureau of Labor Statistics Employment Projections Report. Its researchers also calculated projected employment growth for each occupation as it compares to the average 7.4 percent projected growth across all occupations. The final list of occupations only includes those with the educational requirements of a bachelor’s degree or lower. Here’s what they found. 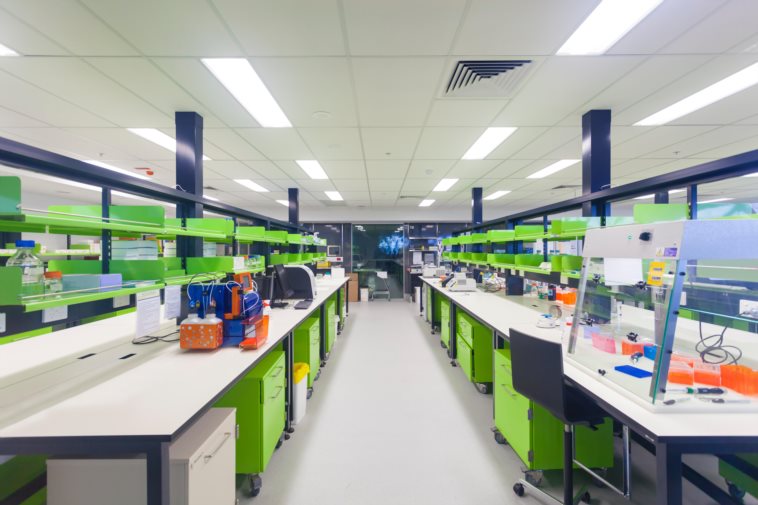 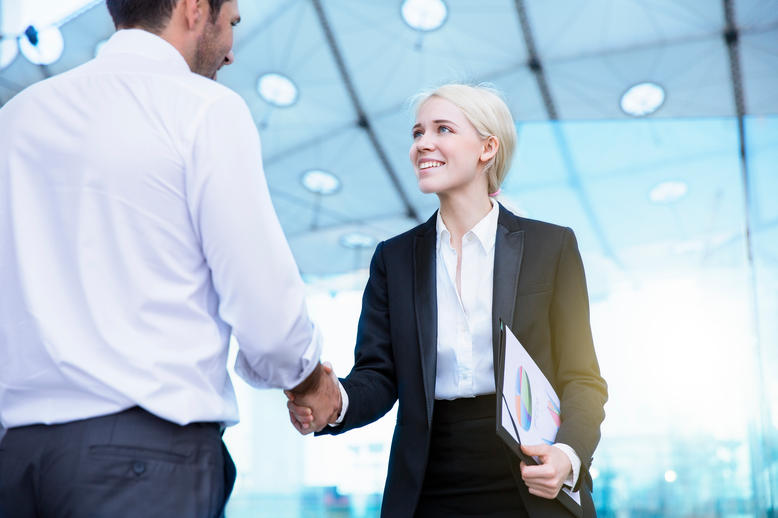 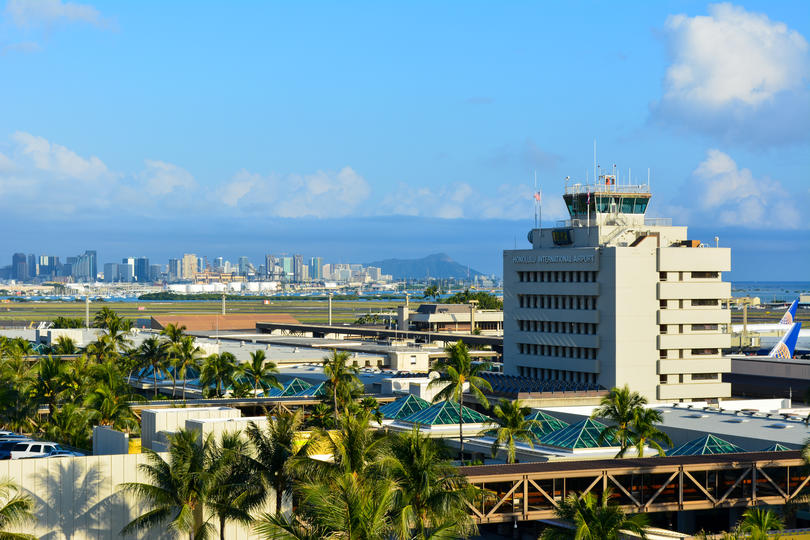 Air traffic controller is the only occupation on this list that typically does not require a bachelor’s degree. Instead, it is possible to become an air traffic controller with an associate’s degree from an accredited Air Traffic Training Initiative program with additional exams from the Federal Aviation Administration (FAA) Academy. Air traffic controllers ensure flight safety by coordinating aircraft movements both on the ground and in the air to maintain safe distances between planes. Air traffic controllers typically work out of route centers or control towers. Employment growth is expected to be 53 percent slower than average, but no work experience is required. 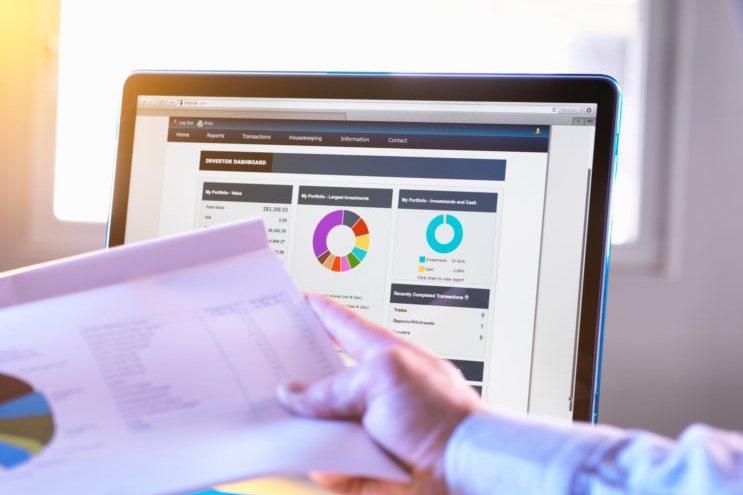 Financial managers work within an organization to compile financial reports, manage investments, and develop long-term financial plans. Financial managers can work for a variety of industries or companies in the private, public, and non-profit sectors. However, the job can be labor-intensive and require a lot of time. According to the Bureau of Labor Statistics Occupational Outlook Handbook, about one in three financial managers work more than 40 hours per week. The projected employment growth is 153 percent above average, the highest growth on this list. 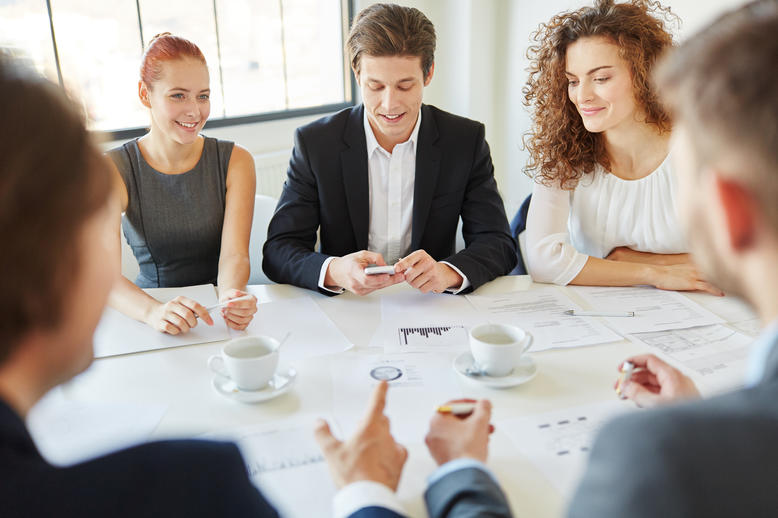 Marketing managers collaborate with sales teams and art directors within companies to coordinate the promotion of the company’s products and services. A marketing manager may conduct research on consumer demand, competitors, and pricing strategies. Marketing managers are also likely to coordinate events, work with external advertising partners, and create promotional materials using different forms of print and digital media. Since this is a managerial role, at least five years of work experience is expected. 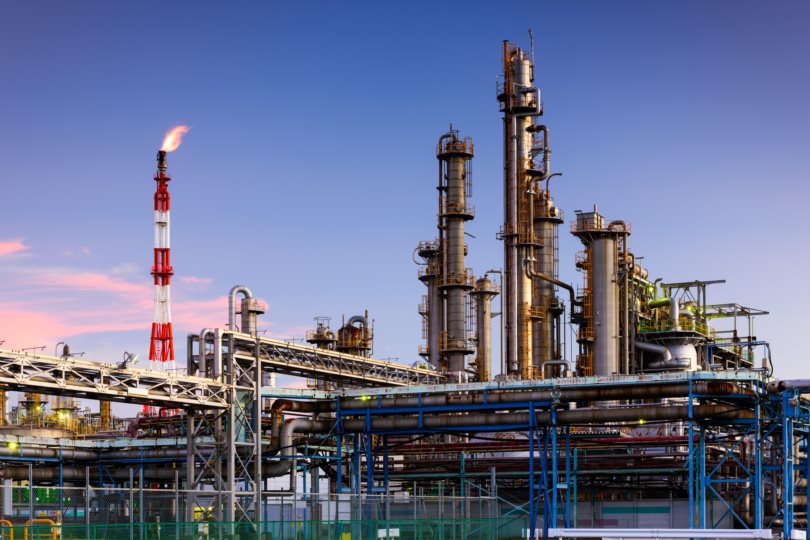 Petroleum engineers work in a highly technical field that involves extracting oil and gas from the land. While some of the designing and development work takes place in an office, petroleum engineers often travel to drilling and well sites to oversee the extraction process. Texas employs the highest number of petroleum engineers in the country, at 17,840 workers. Alaska and Oklahoma are two other major hubs for this field. 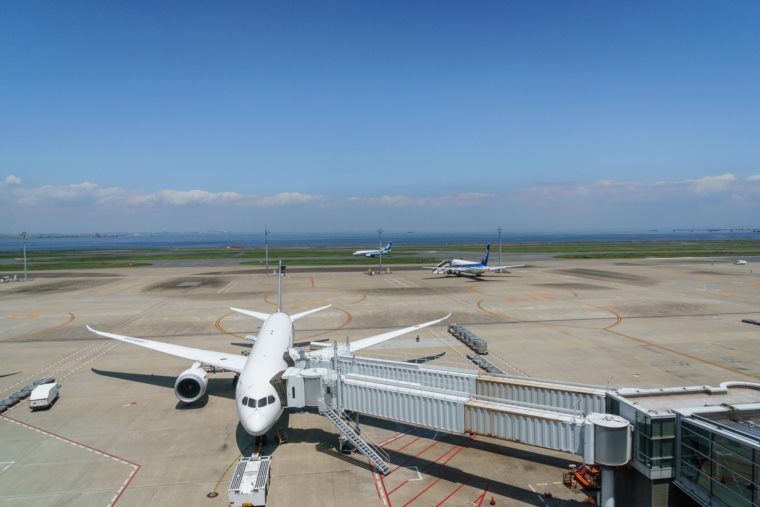 Airline pilots, copilots, and flight engineers are skilled professionals who fly and navigate airplanes, helicopters, and other aircraft to transport passengers and cargo. While no graduate-level degree is required, pilots must obtain a commercial pilot’s license and an FAA-issued Airline Transport Pilot (ATP) certificate. 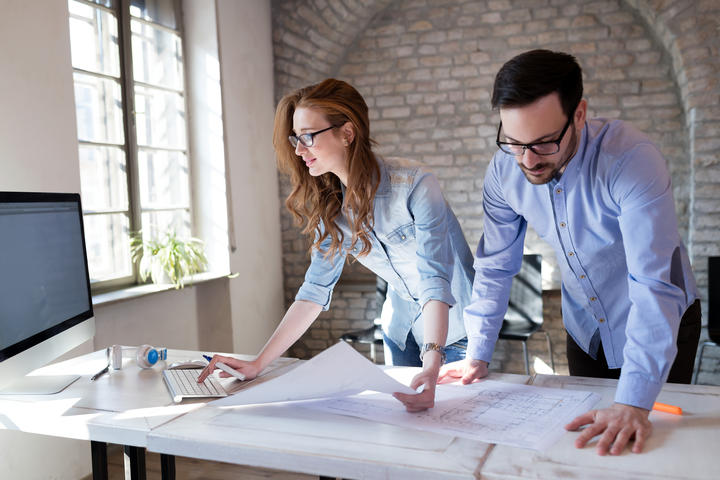 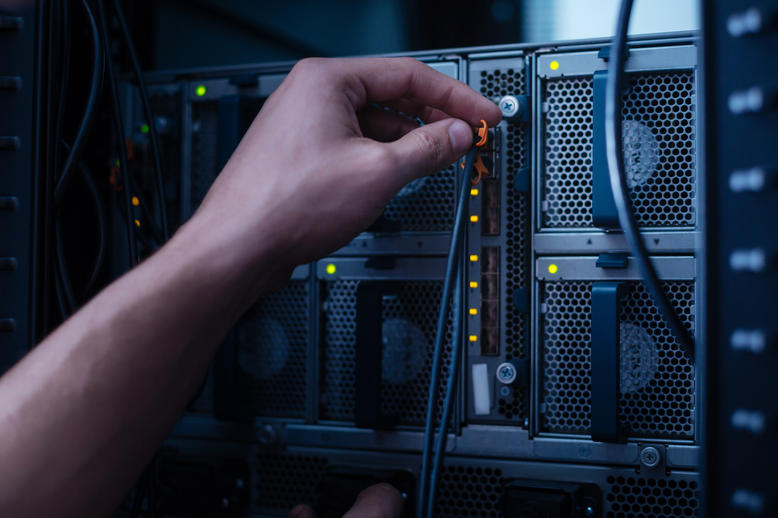 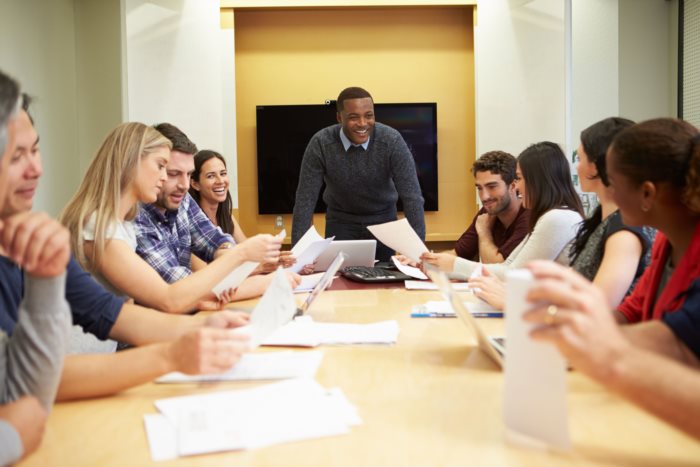 The data used in this analysis is from the U.S. Bureau of Labor Statistics Employment Projections Report. Salary data is the median annual wage for 2018. For each occupation, its difference in salary from all occupations requiring the same level of education was calculated. Additionally, the projected employment growth for each occupation was calculated as its difference from the average of 7.4 percent across all occupations. The final list of occupations only includes those for which the education needed for entry is a bachelor’s degree or lower. Occupations are ordered by their respective median annual wages for 2018 as reported by BLS. For a full list of the 100 highest-paying occupation, see the original version on HeyTutor.

Gerard Schank cracked open his Hemingway’s Watering Hole on Wednesday, his bar joining others countywide with permission to resume serving.

Gerard Schank cracked open his Hemingway’s Watering Hole on Wednesday, his bar joining others countywide with permission to resume serving.

American Eagle will not withdraw its commuter planes from the Waco market, though enplanements have plunged almost 60% this year and the aviat…