Waco has issued a permit to BL Companies to place there a foundation. BL Companies has ties to Amazon-branded fulfillment centers elsewhere in the U.S., along with an array of other companies.

Since the story ran, speculation on what may go there has appeared on the Tribune-Herald’s Facebook page and in email messages. A handful of business people in a position to know such things have said privately and off the record that Amazon is the name behind the project. One said the distribution and fulfillment center would bring about a thousand jobs.

The site in question covers 93 acres in Texas Central Park. The vacant land is controlled by the Waco Industrial Foundation, was annexed earlier this year by the city of Waco, and affords easy access to Interstate 35, Bagby Avenue, U.S. Highway 84, State Highway 6 and a Union Pacific rail line.

Bobby Horner, who oversees the city’s inspections office, said a permit had been issued, but those involved in whatever is going in at 2000 Exchange Parkway have pledged to secrecy, having signed non-disclosure agreements. Kris Collins, the Greater Waco Chamber of Commerce’s industry recruiter, said her lips must remain sealed.

Building a fulfillment center in Waco would continue Amazon’s explosive growth. The trade magazine Business Insider reports Amazon “expects to increase its physical footprint by about 50% in 2020,” with much of that expansion manifesting itself in fulfillment centers. Amazon CEO Jeff Bezos, BI suggested, expects COVID-19-inspired online shopping to continue.

That same Business Insider article says Amazon will spend $191 million to open a fulfillment center in El Paso, “while a warehouse in Little Rock, Arkansas, will cost the retailer up to $340 million to construct.”

BL Companies, the entity with the city permit for the site in Waco, has a resume that includes plenty of work for names other than Amazon that would fit the scope of what is known about the project here. Amazon certainly is the name being tossed around, though.

“There are a number of industrial prospects looking at this market, and the buyers want to see how quickly they can put a couple of buildings in the ground,” Glime said. “This is a speculative project.”

The site is near a 93-acre tract where site preparation has started for a distribution center and warehouse, according to a building permit.

L&L Hawaiian Barbecue, a chain based in Honolulu that has grown to more than 200 locations serving Hawaiian-themed meals, has signed a lease on 1,700 square feet in Mary Avenue Market, 300 S. Sixth St, just blocks from Magnolia Market at the Silos, Glime said.

The building previously was home to Morrison Supply Co.

The UPS Store has bought the rambling former home of Iron Horse Gym, at 1714-1720 Franklin Ave. The 6,400-square-foot space built in 1957 was priced at $384,000, according to Coldwell Banker Commercial promotional material, which urged potential buyers not to be fooled by the exterior. The aging structure has a new roof; two spaces for occupancy recently were remodeled; and two other spaces received electrical and heating, ventilation and air-conditioning upgrades.

“Finish the exterior facade and have a great multi-occupant building in downtown Waco,” said Glime’s tout sheet, which must have worked.

Firewater Liquor, a trendy place with a location in Mart, has signed a lease at The Shoppes at 684 Crossing, another development resulting from the collaboration of Glime and developer Marshall Stewman.

The Shoppes at 684 Crossing was formed from the building once housing the Club Alazan nightclub at State Highway 6 and U.S. Highway 84. Recently DiCampli’s Italian Ristorante opened there.

Building permits recently were issued for the following projects of interest:

Lights, camera, action. Walmart is getting into the movie business. It has chosen 160 stores across the country where visitors can watch drive…

The McLennan County Commissioners Court and Waco City Council approved $450,000 in deals Tuesday with Laminate Technologies of Texas and Ryone…

The McLennan County Commissioners Court and Waco City Council approved $450,000 in deals Tuesday with Laminate Technologies of Texas and Ryone…

Despite the economic strain of the COVID-19 pandemic, homes in Greater Waco sold at a record pace in June, and home construction actually outp… 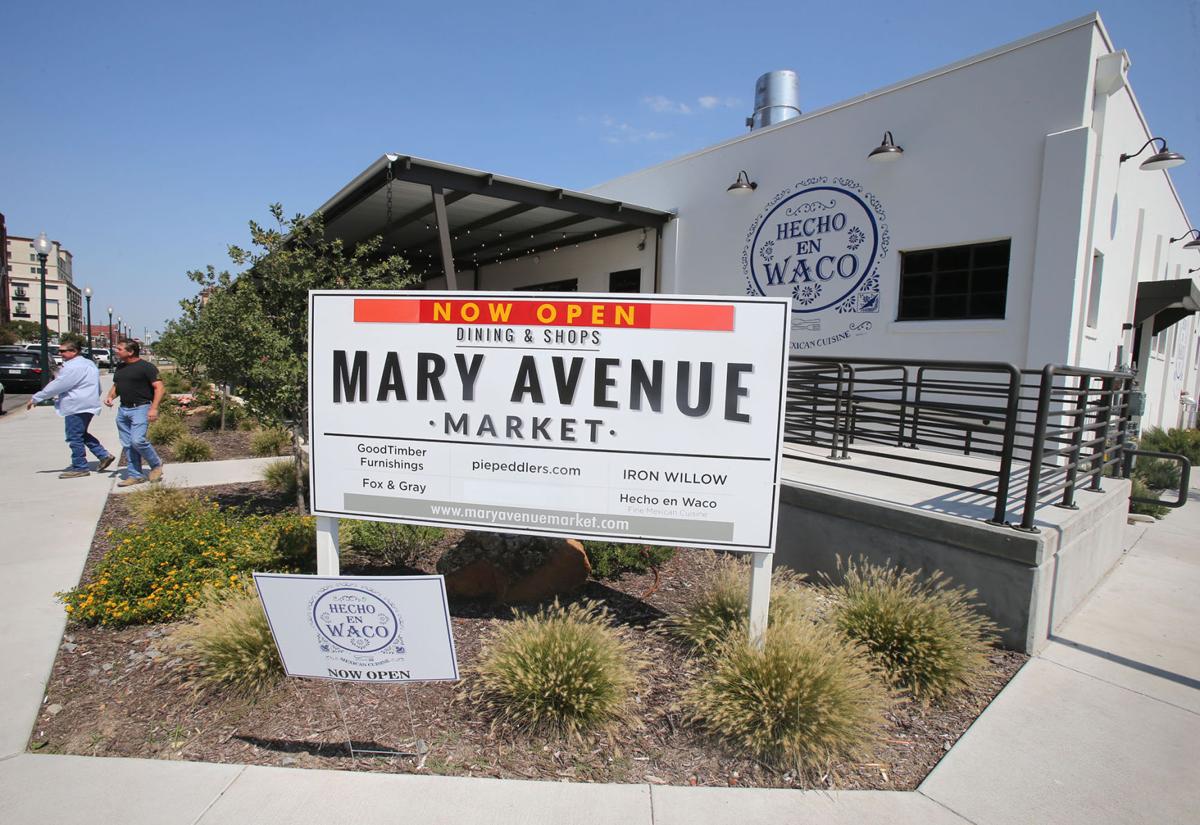 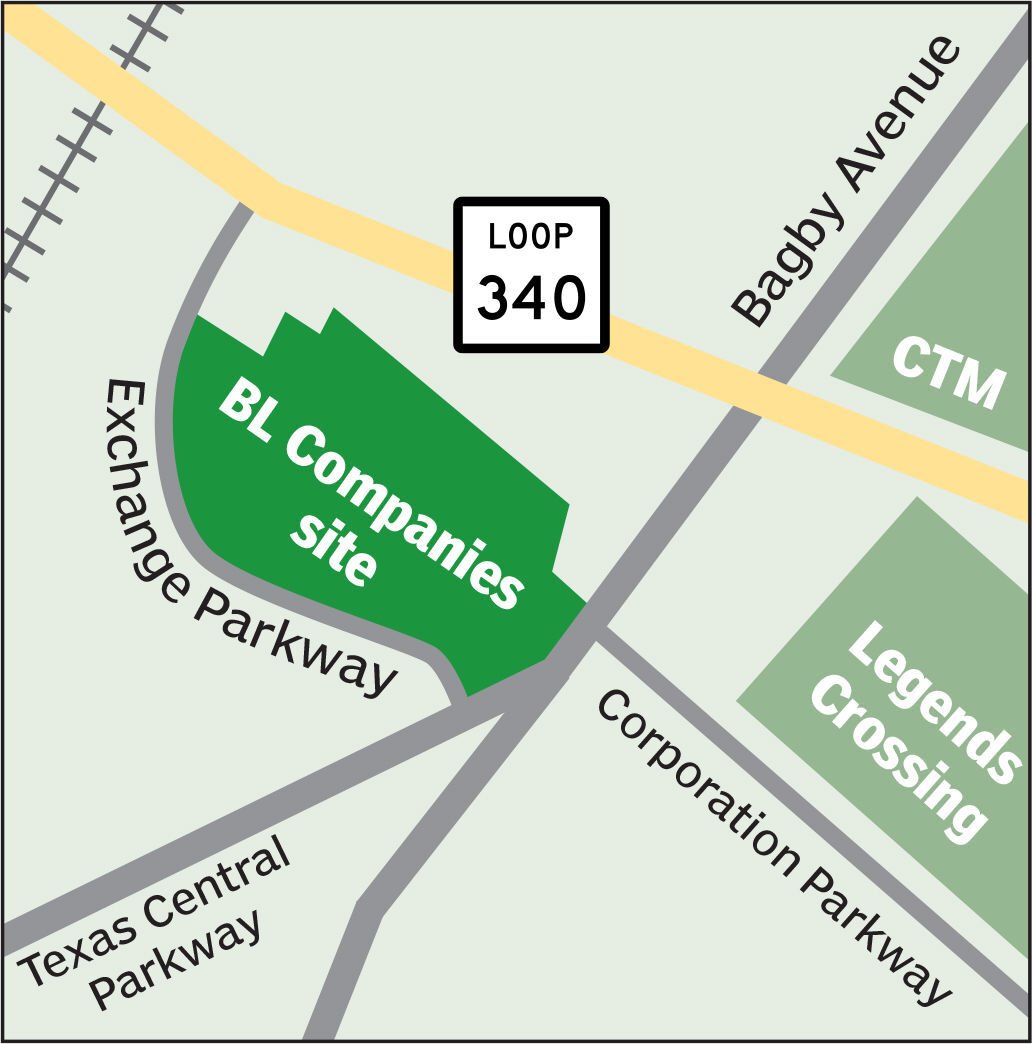 A national company that has handled projects for the likes of Amazon and FedEx, among many others, has a permit to lay the foundation for a 700,000-square-foot distribution center and warehouse in Waco’s industrial park on this 93-acre site on Exchange Parkway, shown in dark green.