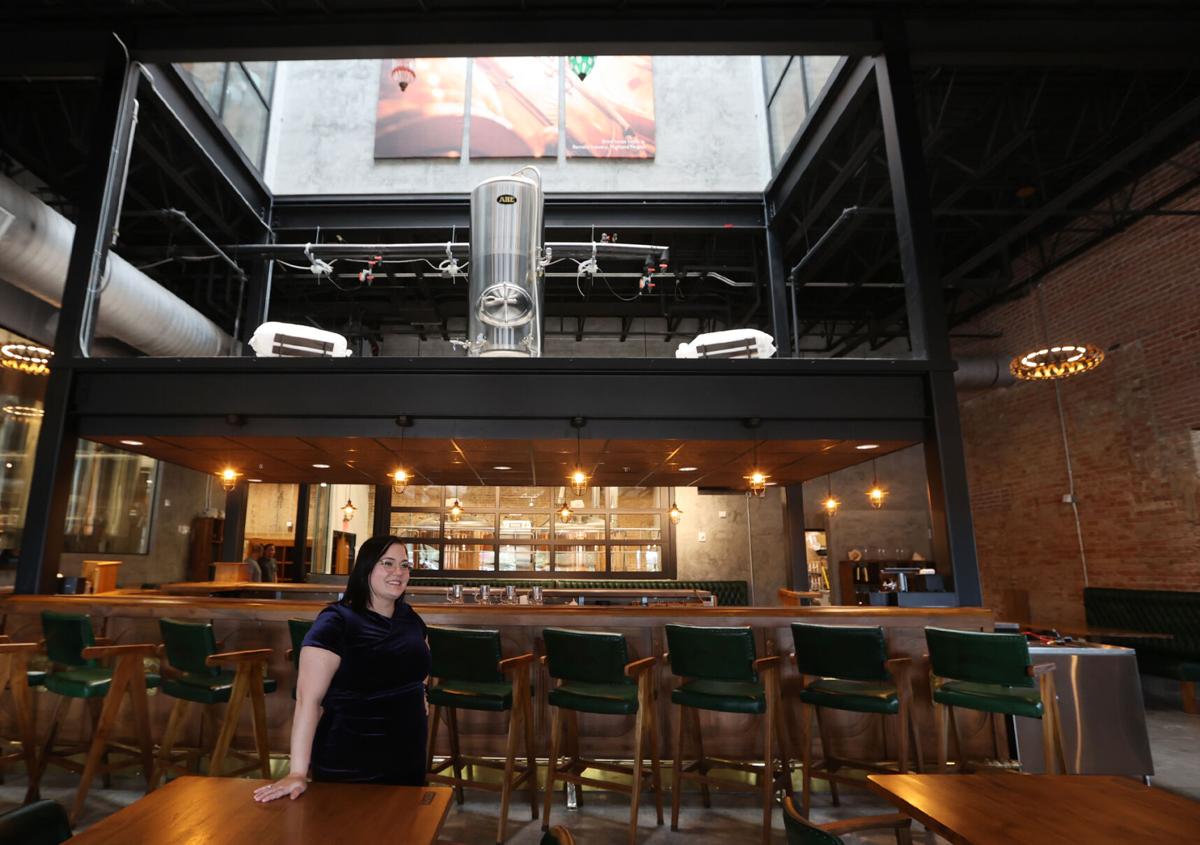 General manager Destinee Woods said Pivovar is aiming to open within the next couple of weeks. 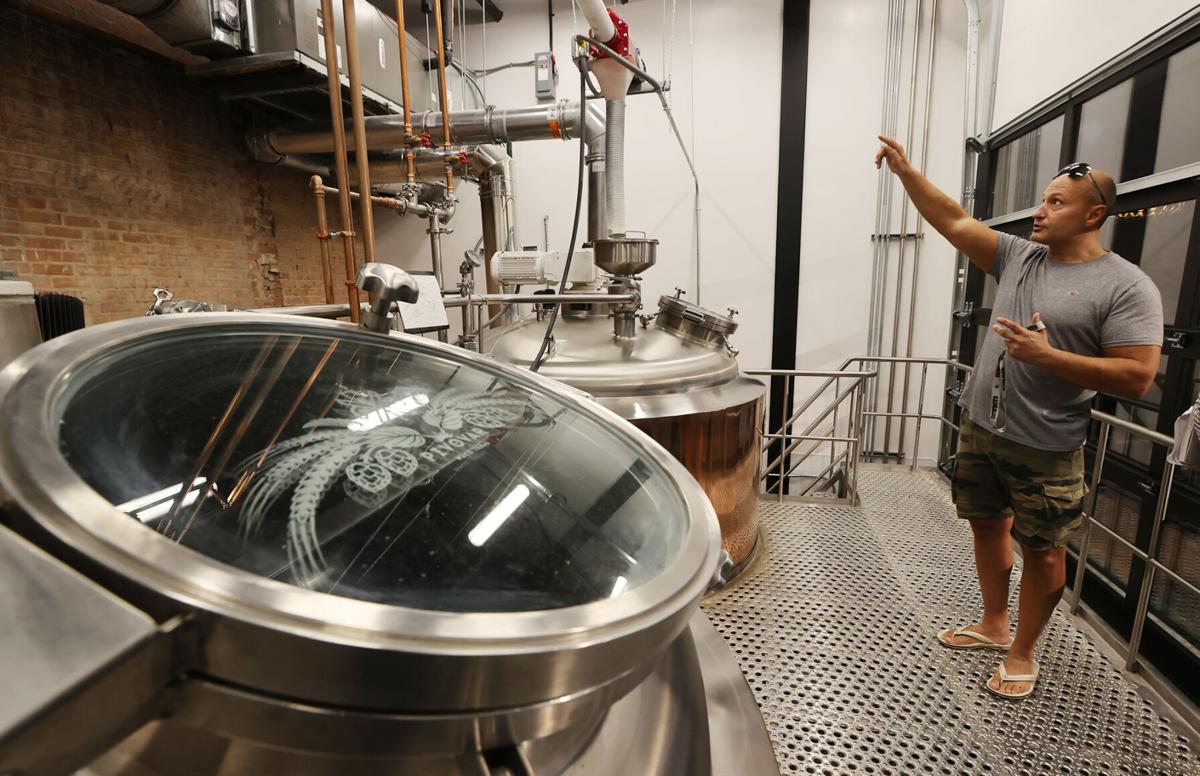 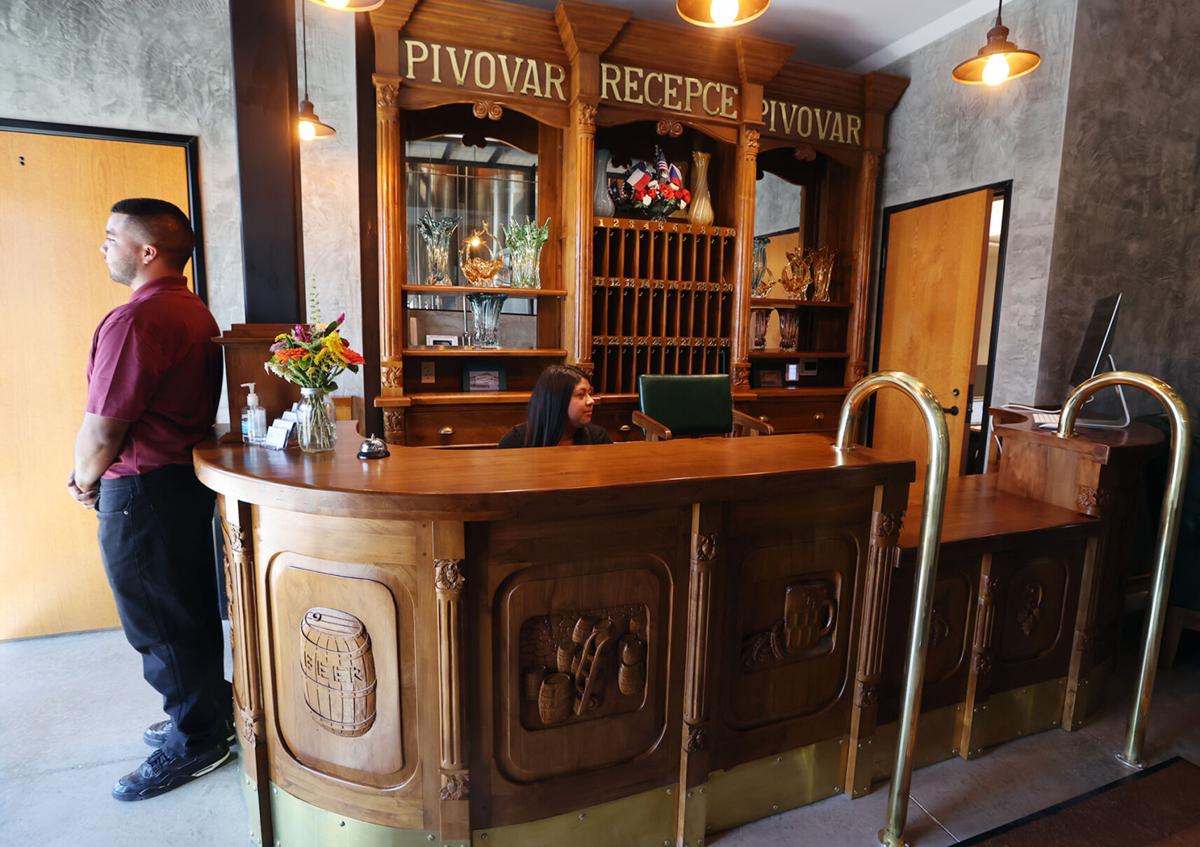 The hotel side of Pivovar has hosted a few invited guests but is not yet taking reservations. 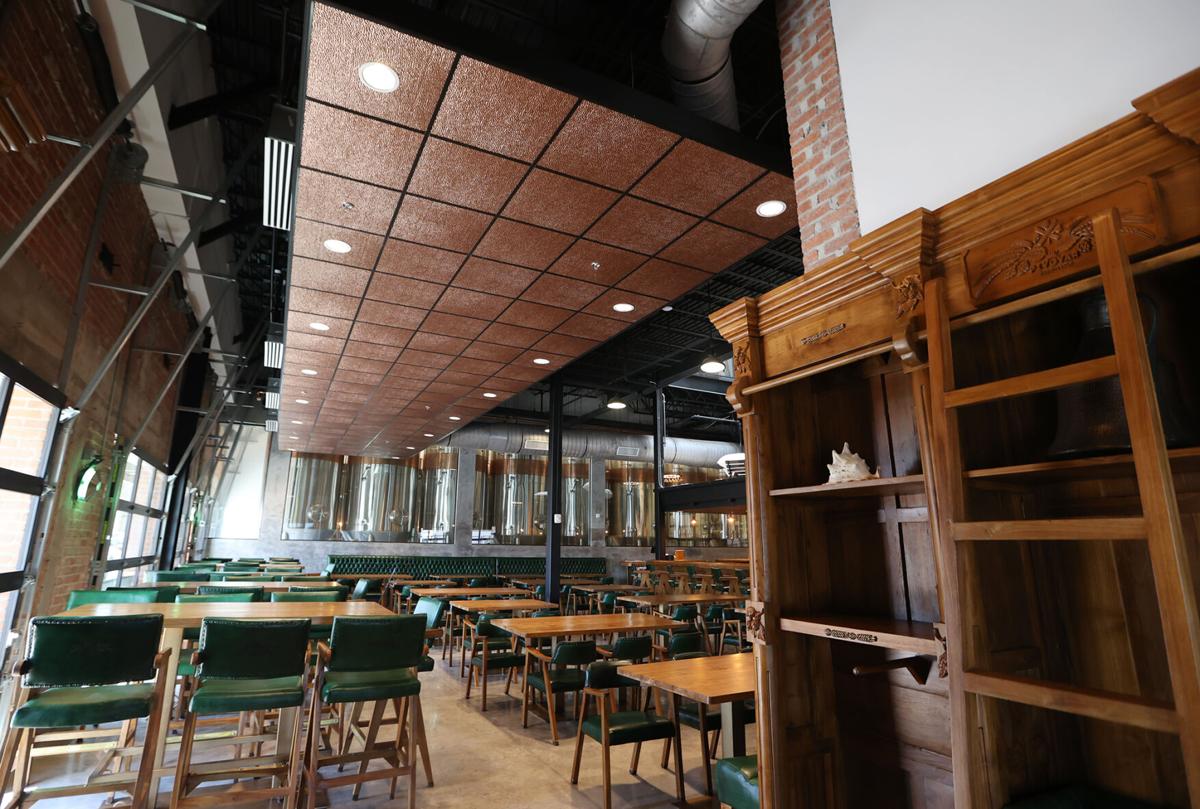 Pivovar’s restaurant and bar have room for 200 guests. 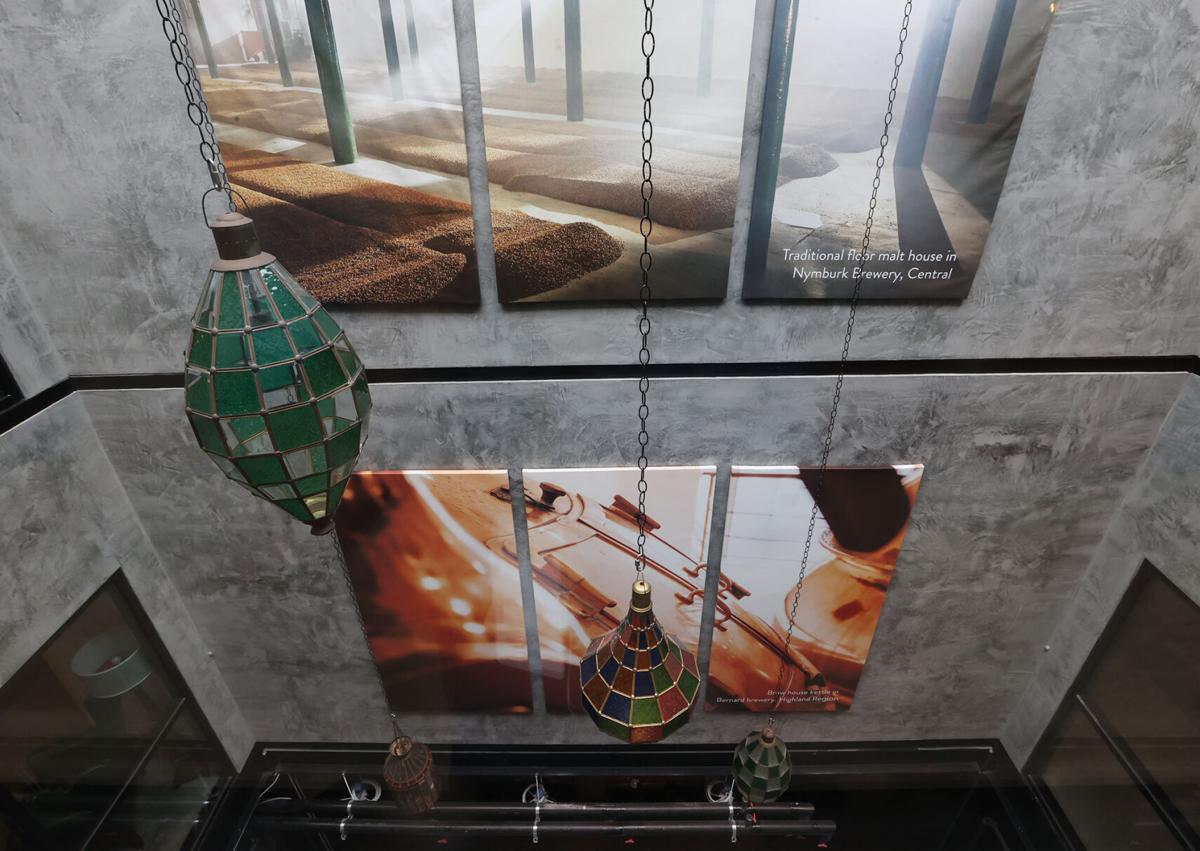 Beer is front and center throughout Pivovar. 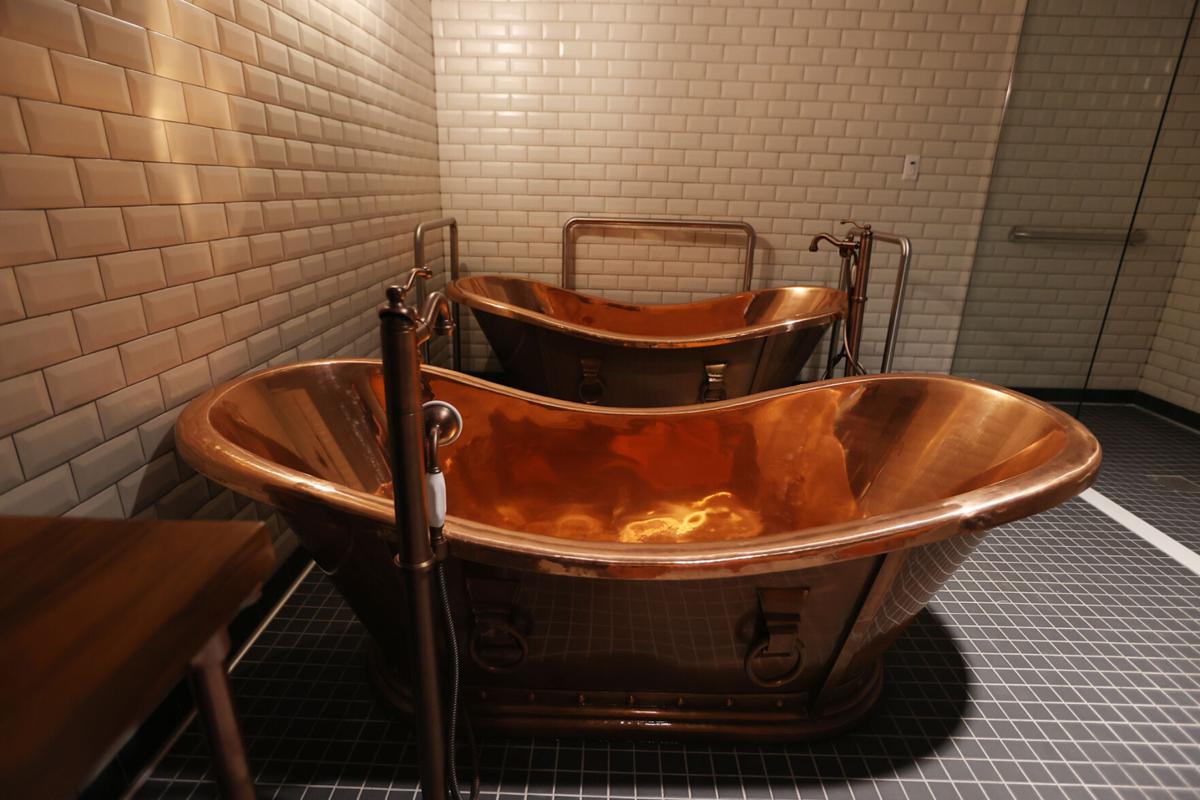 Beer baths are among Pivovar’s attractions. 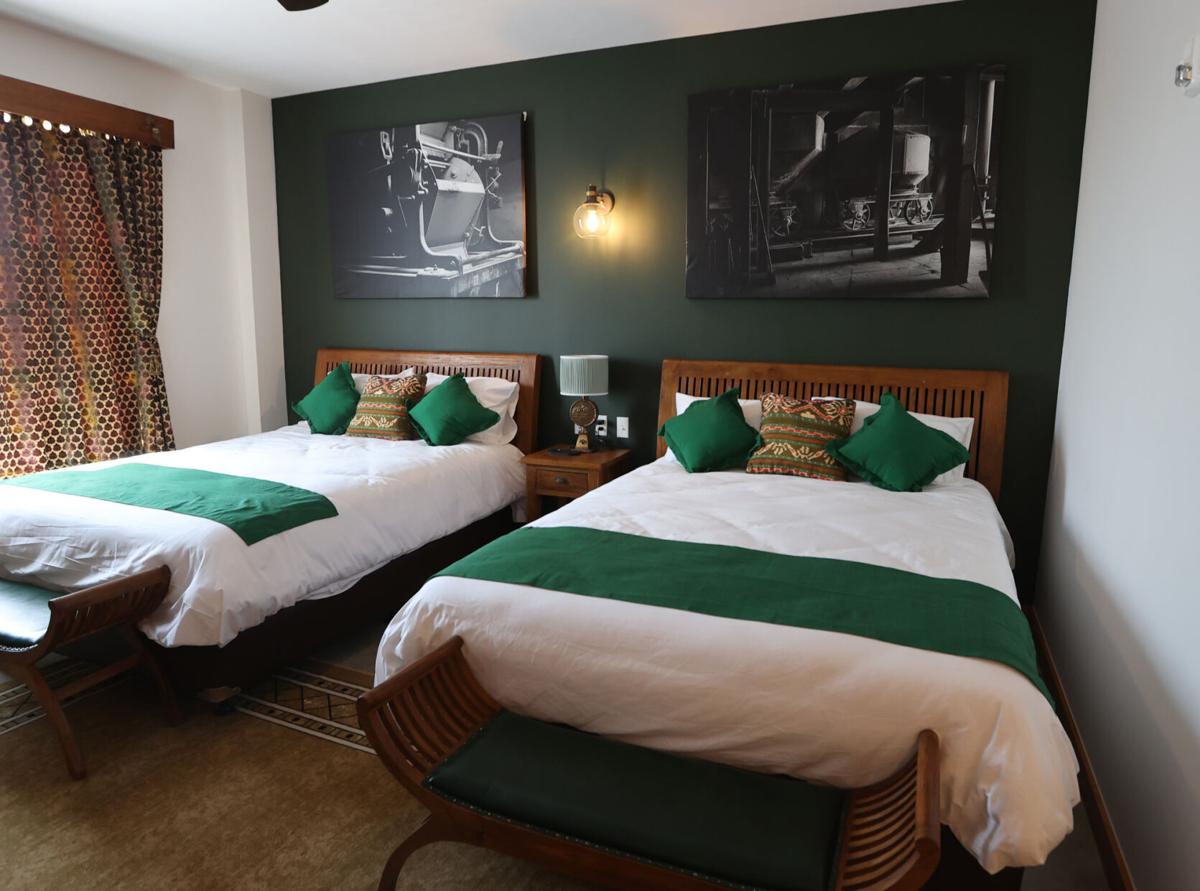 Pivovar includes a hotel with 28 rooms.

Pivovar general manager Destinee Woods is going over her “Czech” list, preparing to unveil the combination restaurant, brewery, bakery and boutique hotel at Eighth Street and Jackson Avenue, an ode to Czech culture.

No wonder the Pivovar website asks, “Want food with that beer?”

Woods said Pivovar soon will host a soft opening, but first will give employees and their families an exclusive taste of what Pivovar offers. She has filled about 80 of 200 job openings, and is offering $500 new-hire bonuses.

Woods said she could not get specific about when she might throw open the doors to Pivovar. Loose ends remain to be tied. Asked about an unveiling within two weeks, she replied, “I would say we hope for that.”

Invited guests have spent nights in a few of Pivovar’s 28 hotel rooms, but Woods said the establishment is not yet taking reservations. Hotel amenities include copper bathtubs, luxurious beer spas and views of Magnolia Market at the Silos and other attractions and destinations nearby.

A visit Wednesday revealed wooden benches neatly stacked behind Pivovar, where a beer garden is planned. Oldrich Cichon, who partnered with Julius Kramaric to put Pivovar on Waco’s map, was present Wednesday to discuss the Czech brewing process being featured. He said the brewing team used hops and malt imported from the Czech Republic to prepare batches now filling eight holding tanks visible from the dining area.

Cichon on Wednesday offered samples of a light pilsner produced on-site. He said Pivovar will serve its beer in the bar, restaurant and beer garden, and later will make it available in cans.

“We think Pivovar will be very popular because it’s unique,” said Carla Pendergraft, who markets the Waco Convention Center, local tourist attractions and tracks lodging trends. “Not many hotels have a ‘beer spa.’ I did a google search, and I see just a small number around the United States, and usually they are very high-end hotels. I don’t see any that are in Texas, and Pivovar’s website states that they are the first in Texas. I do see more of these beer spas in Europe, where there is a strong love for beer.”

Pendergraft said Pivovar will appeal to beer lovers, people looking for a completely new experience, and those interested in Czech culture.

“They are looking for a well-heeled tourist who is happy to spare no expense and who would enjoy being within walking distance of the Silos, as well as the Dr Pepper Museum and the rest of downtown,” Pendergraft said.

Investors are spending about $9 million to create Pivovar, including a $683,291 Tax Increment Financing Zone grant from the city. A longtime attorney in the Czech Republic, Kramaric told the Tribune-Herald he traveled extensively in the United States in search of investment opportunities. A chance meeting with a helicopter pilot in Hawaii with Central Texas ties left him impressed with Waco and the nearby community of West.

He and builder Brian Mitchell collaborated to buy and demolish the aging Oak Lodge Motor Inn, 1024 Austin Ave., for condominiums and retail space.

The Czech Republic group also has acquired the Texas Meter & Device Co. complex next door to Pivovar, and Kramaric last summer told the Tribune-Herald he envisions a 12-story “Czech Heritage Tower,” an office building that may include other uses should demand dictate. Waco real estate agent Gregg Glime, who has worked closely with Kramaric, said planning for the tower is underway.

General manager Destinee Woods said Pivovar is aiming to open within the next couple of weeks.

The hotel side of Pivovar has hosted a few invited guests but is not yet taking reservations.

Pivovar’s restaurant and bar have room for 200 guests.

Beer is front and center throughout Pivovar.

Beer baths are among Pivovar’s attractions.

Pivovar includes a hotel with 28 rooms.