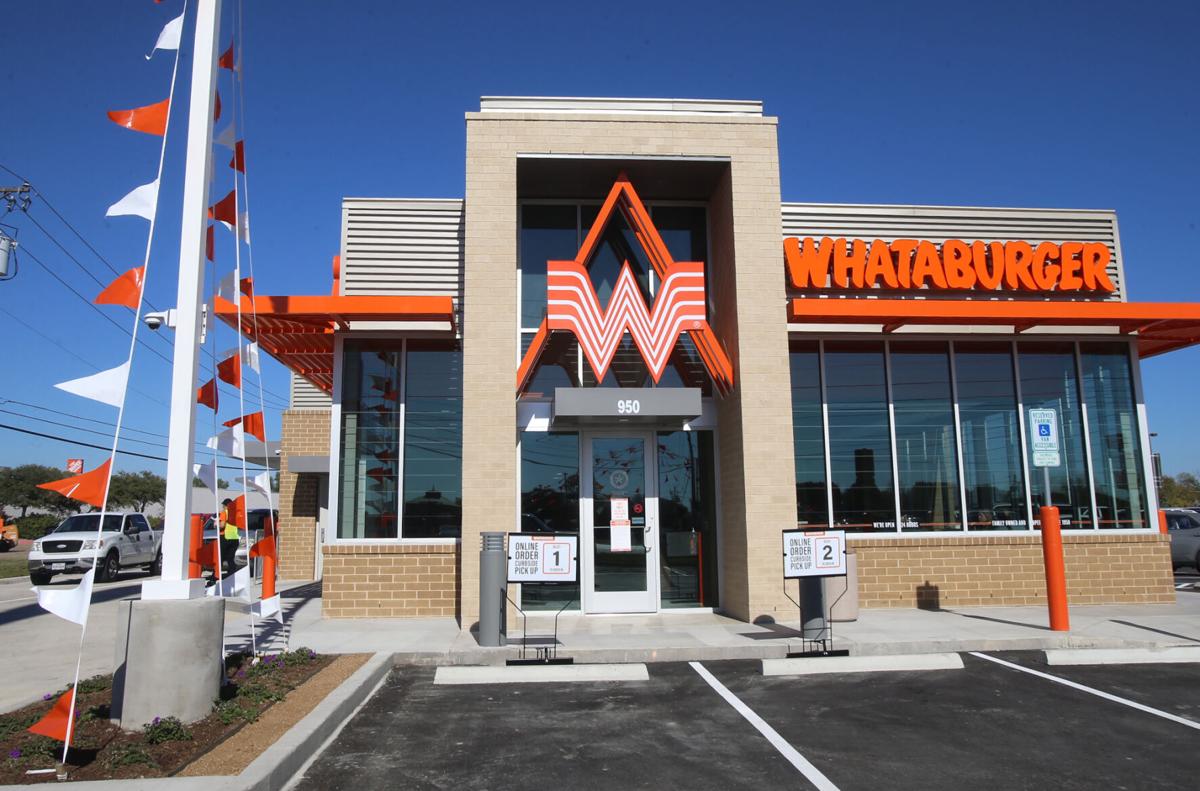 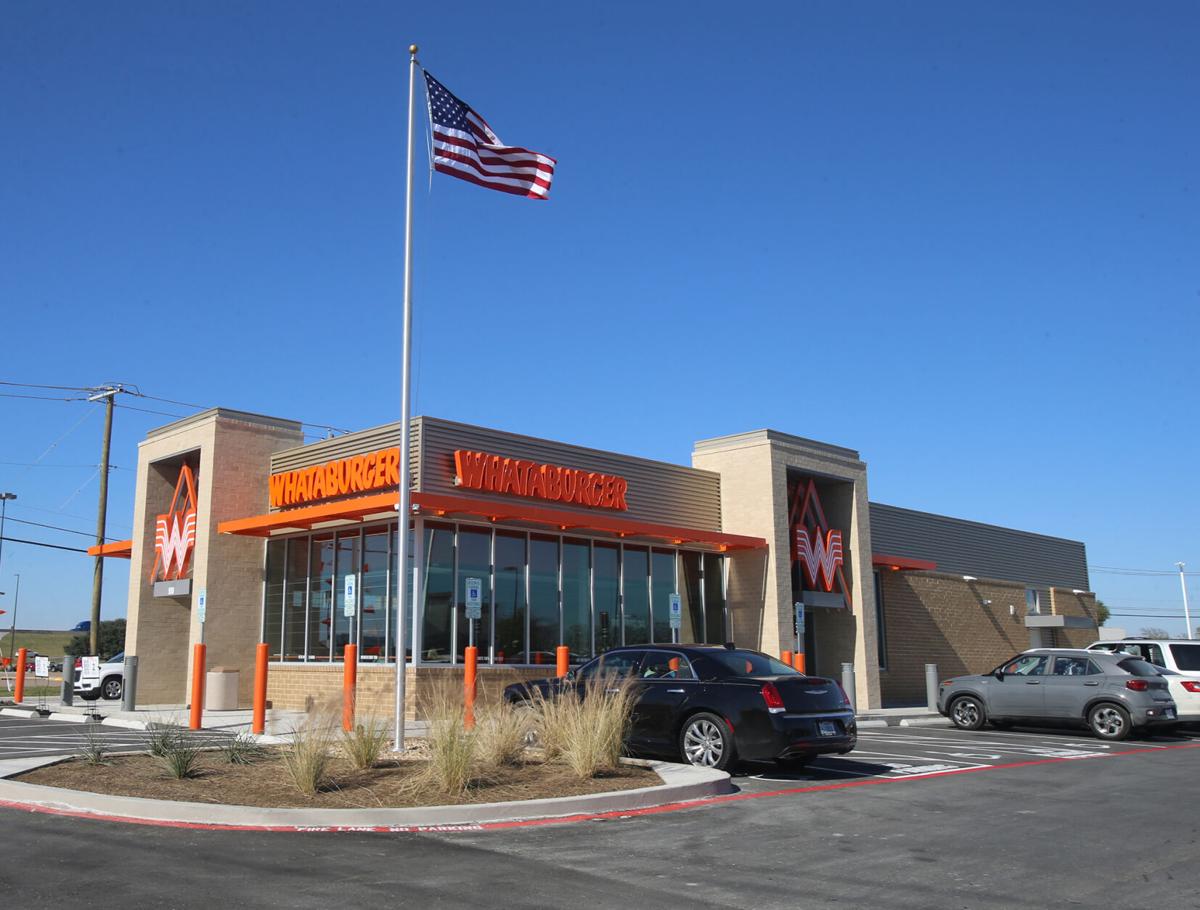 He said Exhibit A is the new Whataburger restaurant at North Loop 340 and Interstate 35, near where the Texas Department of Transportation started its $341 million widening of I-35 to South 12th Street in Waco.

“A lot of people are too young to remember the old-fashioned diners,” Zakhary said.

Last week, he visited the San Antonio-based chain’s new prototype in his city. It has stylistic flourishes reminiscent of Whataburger’s recognizable A-frame design, but the overall look is boxier, with lots of glass.

“It looks futuristic, is beautifully laid out, and looks as if they are really gearing up to accommodate drive-thru traffic and call-in texts for curbside delivery,” Zakhary said. “It seems to be very customer friendly, with a good-sized dining room. I would envision it becoming a place just to hang out and do work. Within six months, I wouldn’t be surprised if this is the top selling store in the district, judging by my conversations with Whataburger.”

The restaurant has an energy efficient design, maintenance-free finishes and a larger and brighter dining area, Whataburger spokesperson Will Webber said by email.

“This restaurant isn’t just the newest Whataburger in Bellmead, it’s also the very first Whataburger of its kind, built and designed with our fresh large-unit prototype. … Look closely at the wallpaper and you’ll find the city’s water tower, the MKT railroad yard near where Bellmead got its start, and an ‘LV’ in honor of La Vega High School,” Webber wrote.

The new Whataburger employs about 130 people, including five managers and six team leaders, Webber said in a fact sheet.

It is a 24-hour location that seats 84 at capacity.

Asked why Whataburger chose the city as home to its new edition, Webber said, “We’ve had great support from the Bellmead community over the years. We’ve had plans to rebuild for awhile now because it was an older restaurant, and so we felt Bellmead was the perfect fit for our first large-unit prototype.”

Whataburger leveled the older Whataburger and secured a building permit for its new one in July last year, according to information provided by the local Associated General Contractors of America office. The permit placed the cost of construction at $750,000, a figure that would not have included demolition or the installation of fixtures, furniture and equipment.

The restaurant is Whataburger’s first to have two sets of fryers and also features a longer cook-and-prep line to handle what Whataburger believes will be increased demand, according to the company website. The restaurant also has a dedicated “hot-hold” area to accommodate curbside orders.

“We want this to be a place that feels like part of the community,” general manager Shaun Barnett wrote in a statement on the Whataburger website. “We know that people in Bellmead are ready to have their restaurant back, and it’s exciting to be able to welcome them home.”

Barnett said staffers shifted to other Whataburger locations during the construction process, and as many as possible have been brought back.

“I’m very impressed with how they handled the transition,” Zakhary said.

Founded in Corpus Christi in 1950, Whataburger has more than 800 locations in 10 states, and relocated its home office to San Antonio. Chicago-based BDT Capital Partners announced in June last year it was acquiring a majority stake in Whataburger, prompting trepidation among some loyalists who feared the chain would stray from its Texas raisings.

Instead, it reportedly has enjoyed a growth spurt, announcing it would open 40 new restaurants in new and existing markets, according to mysanantonio.com. Whataburger, said the publication, has announced plans to enter the Kansas City, Missouri, and Tennessee markets.

Oklahoma-based QuikTrip will place a convenience store across North Loop 340 from the new Whataburger.

QT has acquired the former Luby’s building at that intersection.

Zakhary said an 11-acre tract controlled by the Bellmead Economic Development Corp. has attracted interest from a group envisioning a retail center “and a couple of restaurants.” Builders of single-family homes also are calling City Hall, Zakhary said.

He said he sees plenty of of opportunities for commercial development in the city.

“I think over the next several years, the corridor that includes Bellmead Drive, Loop 340, the I-35 frontage road and Old Dallas Highway will see a commercial push,” Zakhary said. “The I-35 expansion is a headache now, but the state is thinking ahead. Combine that with what we’re hearing about the expansion of North Loop 340, and I think we’re seeing a win-win.”