The San Diego, California, company with plans to transform the brightly colored containers into a mix of retail, dining and lodging closed a deal on its purchase last week. Some demolition must take place to create a clean slate for modifications, said Philip Auchettl, CEO of Rad Lab, the firm that now owns the jumble at Fourth Street and Jackson Avenue.

When work ends in six to 12 months, the complex to be called “Herringbone” will include retail shops, dining areas, entertainment venues, space for public and private gatherings, and a boutique hotel. The Dr Pepper Museum is a neighbor, and Magnolia Market at the Silos is just blocks away.

Waco real estate agent Gregg Glime, who marketed space in The Containery for original developer Bill Wetterman, and who played a role in generating interest from Rad Lab in the half-finished project, will pursue retail users for 10 containers located on the ground floor. He said Tuesday he’s compiling a list that includes “what many would consider our premium local brands,” and said he’s also receiving interest from out-of-state concepts.

He said he did not pursue lessees while Rad Lab had the property under contract, but now can proceed with the deal closed. He said he hopes to have a promotional brochure available for perusal next week.

“I know Rad Lab plans a complete overhaul of the entire project. The renderings I’ve seen show it painted a grayish green, with landscaping and artwork. The Hotel Herringbone will take up a substantial part of it. A food vendor or vendors will take 8,500 square-feet-plus,” said Glime.

Design House Jewelry Studio will remain on South Fourth Street, where it has operated the past two years. Owner Linda McEathron signed a lease on a brick building that was to be incorporated into The Containery, and has stayed there through thin and thick. The COVID-19 pandemic threw her shop a curve, and operating nearly in a vacuum proved daunting, but she survived and now thrives. Traffic is brisk from tourists and the growing downtown population. She has added staffers, and hopes circumstances dictate she hire more.

“I got to meet the people with Rad Lab, and I love their plans,” she said. “Being downtown is like being on vacation, such a fun place.”

“When it gets very loud,” she said, “we’re all going to get pink hard hats.”

Auchettl said his team has not yet secured a building permit, but did receive approval to begin demolition. He said crews “will have to rip out existing pavers, as well as some of the doors that were not necessarily put in correctly or have deteriorated because the space was sitting there vacant.”

“Certainly this is a challenging project, but we’re very excited to have the opportunity,” said Auchettl. “Working with everyone there in Waco has been phenomenal. The city and other groups are committed to bringing this project back, and we are receiving a huge amount of support.”

Waco’s downtown Tax Increment Financing board approved a $2.3 million tax-funded contribution to the project based on Rad Lab’s estimate it would spend $11.6 million. Auchettl said Tuesday he would need to confer with colleagues before commenting on how much Rad Lab spent to acquire the property.

Wetterman, who originally envisioned a shopping and dining complex called The Containery, received a $488,000 TIF commitment but missed a 2019 deadline, ran into financial trouble as the pandemic raged, and finally was foreclosed upon in 2021 by his financing source, TFNB Your Bank For Life. TFNB sold the property to Rad Lab, and again is providing financing.

Wetterman’s 4th & Jackson LLC owed more than $4 million when it defaulted on its loan. After foreclosure, the property was listed for $6.5 million.

During his presentation to the downtown TIF board, Auchettl said Rad Lab faced a “horror story” when it agreed to tackle the revitalization. He said some containers were so dented that a new, darker paint job would be needed just to hide them. He said an elevator leaked oil that was running into the city’s sewer system. Placing the containers side by side trapped rain water between roofs and caused damage so severe they must be replaced.

He said it was obvious engineers were not allowed to oversee the work.

Bobby Horner, who oversees the city of Waco’s inspection services department, said Tuesday it has been at least two years since city inspectors stepped inside The Containery. He said they made regular visits when work was progressing, but stopped when work ground to a halt.

Horner said news is good that work has resumed under Rad Lab’s direction. He said the city will resume inspections as necessary.

A Waco-based company, AdaptAbilities, will receive a $10,000 grant from the FedEx Entrepreneur Fund, according to a press release.

Parking spaces and hotel rooms will become scarce as hen's teeth next weekend, when 1,000 farmers and ranchers gather in Waco for the Texas Farm Bureau's 89th annual meeting.

Food price inflation should slow in 2nd half of 2023, says expert 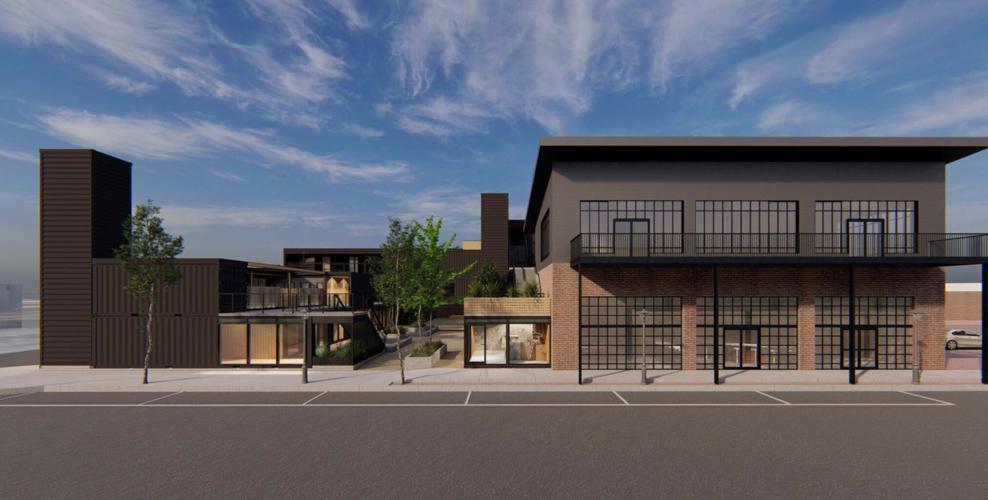 A rendering Rad Lab submitted with its Tax Increment Financing Zone application shows its plans for Herringbone, a development picking up where the Containery fell through. 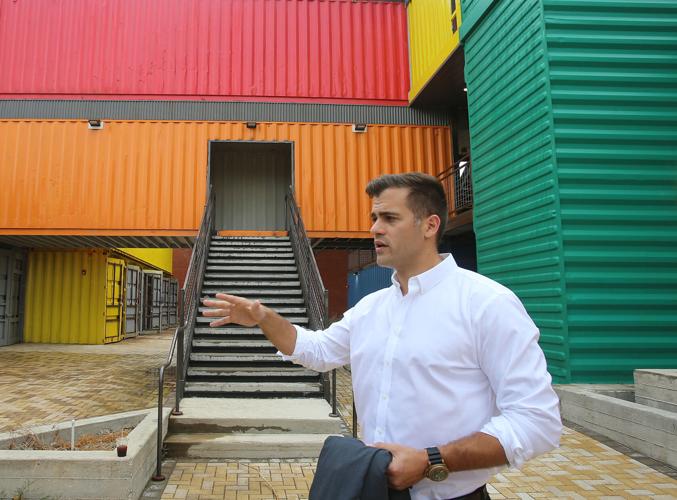 Rad Lab CEO Philip Auchettl said the colorful paint scheme put in place before the Containery project fell through will be replaced with a darker color as work gets underway on the Herringbone. It is slated to open late next summer.