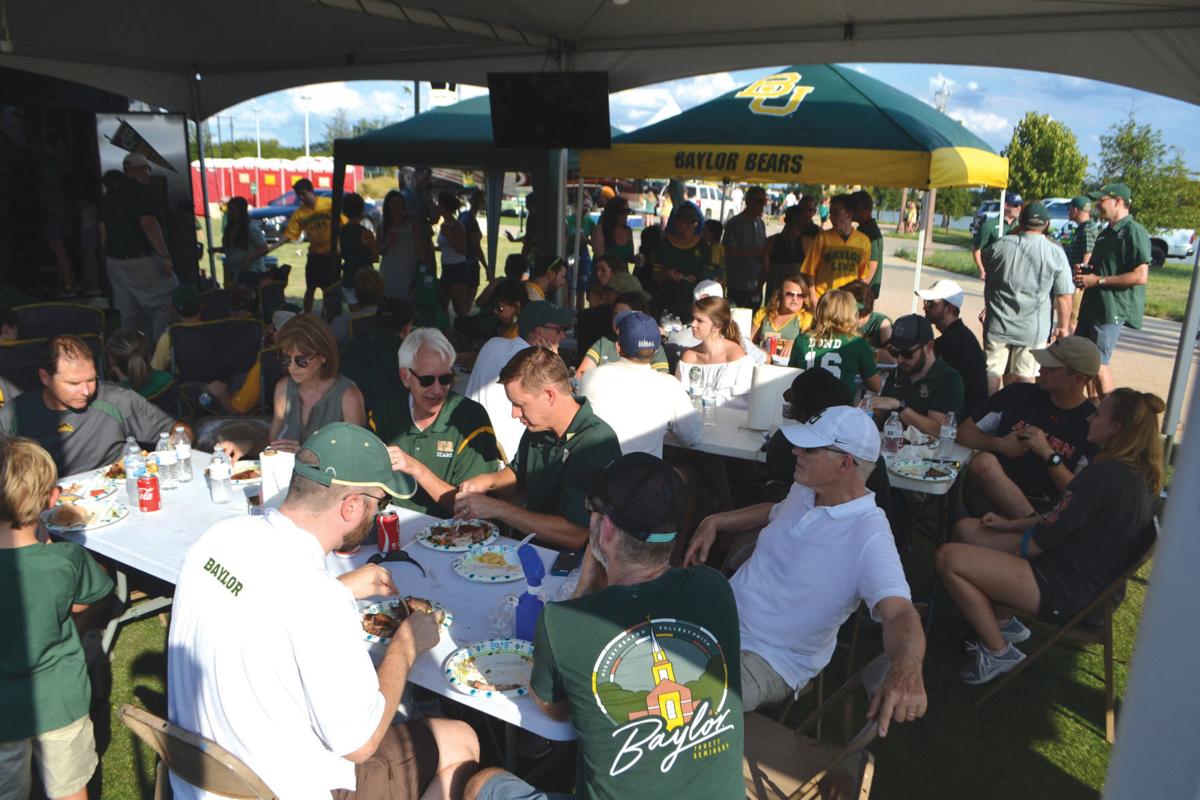 Guests fill the tables at the Creekside on the Brazos Tailgate last year. Its organizers are concerned Baylor University's new contract with Tailgate Guys will limit their ability to continue. 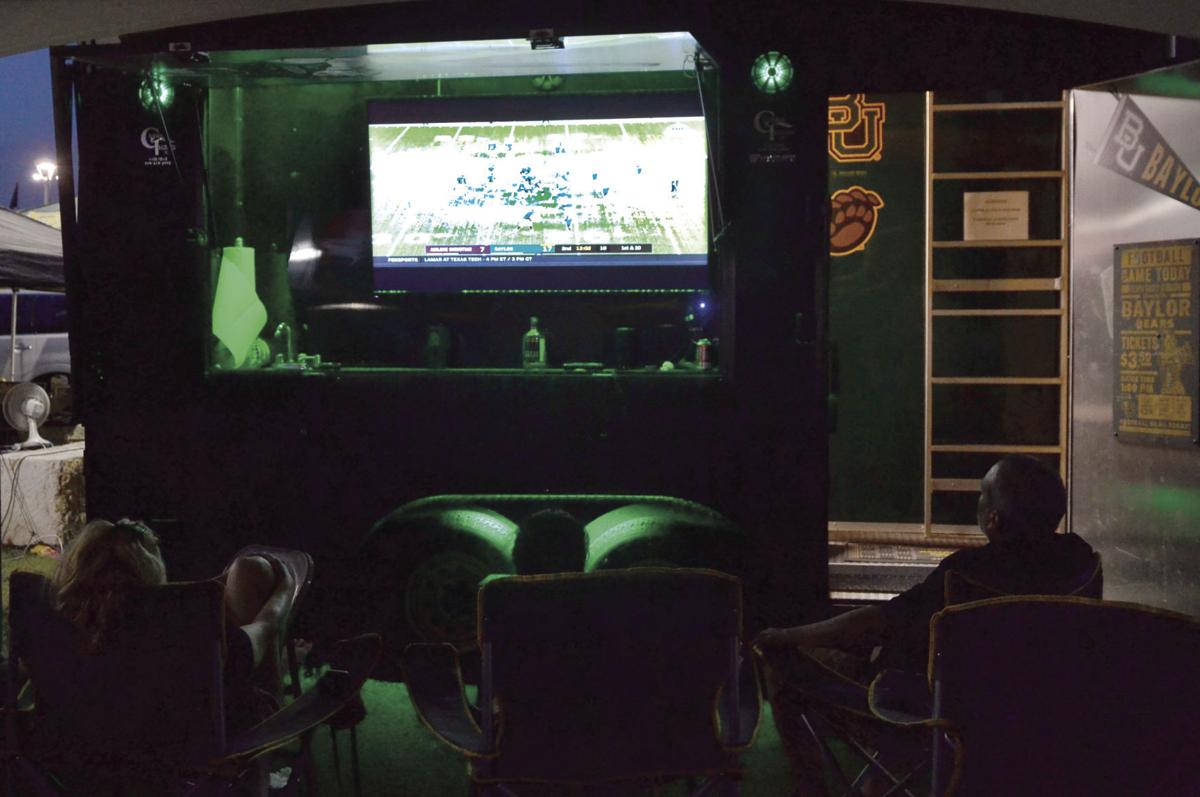 the use of trailers in the tailgating areas it controls. 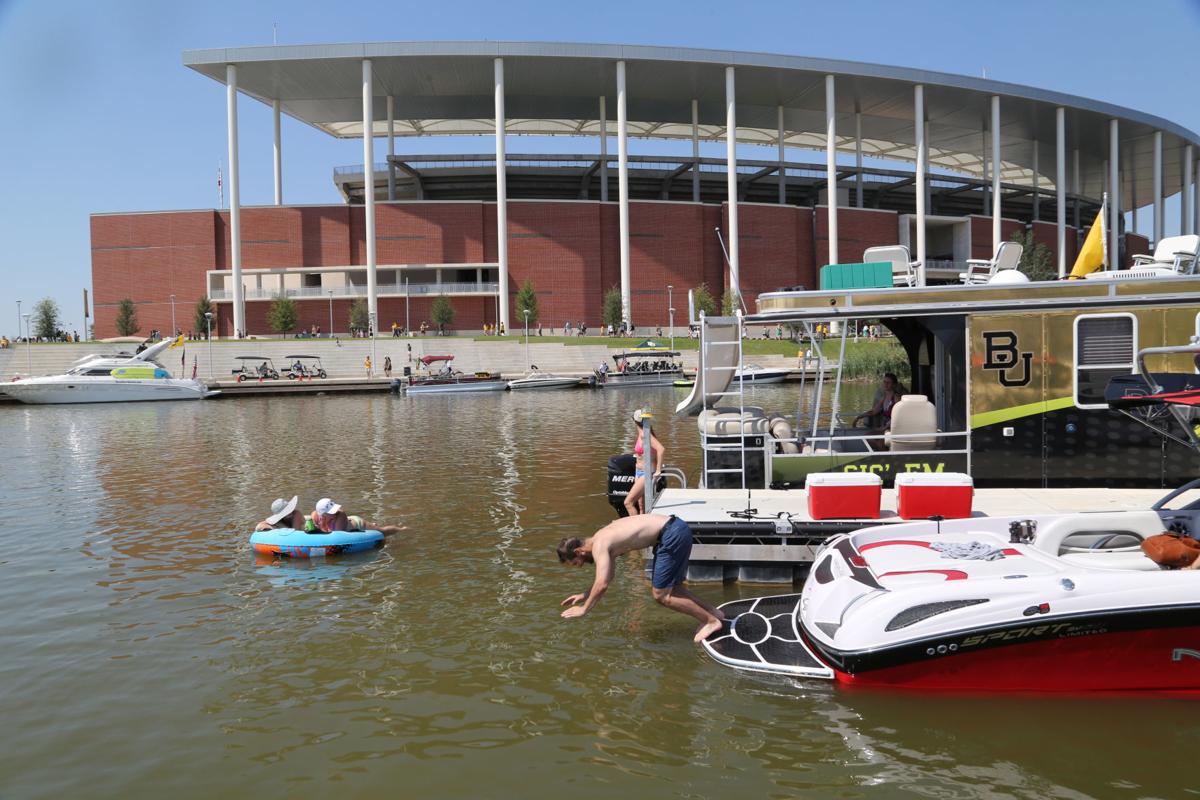 Baylor fans show what it means to “sailgate,” an alternative to tailgate parties made possible by McLane Stadium’s riverside location. Avid tailgaters have expressed concern about Baylor's new contract with Tailgate Guys. 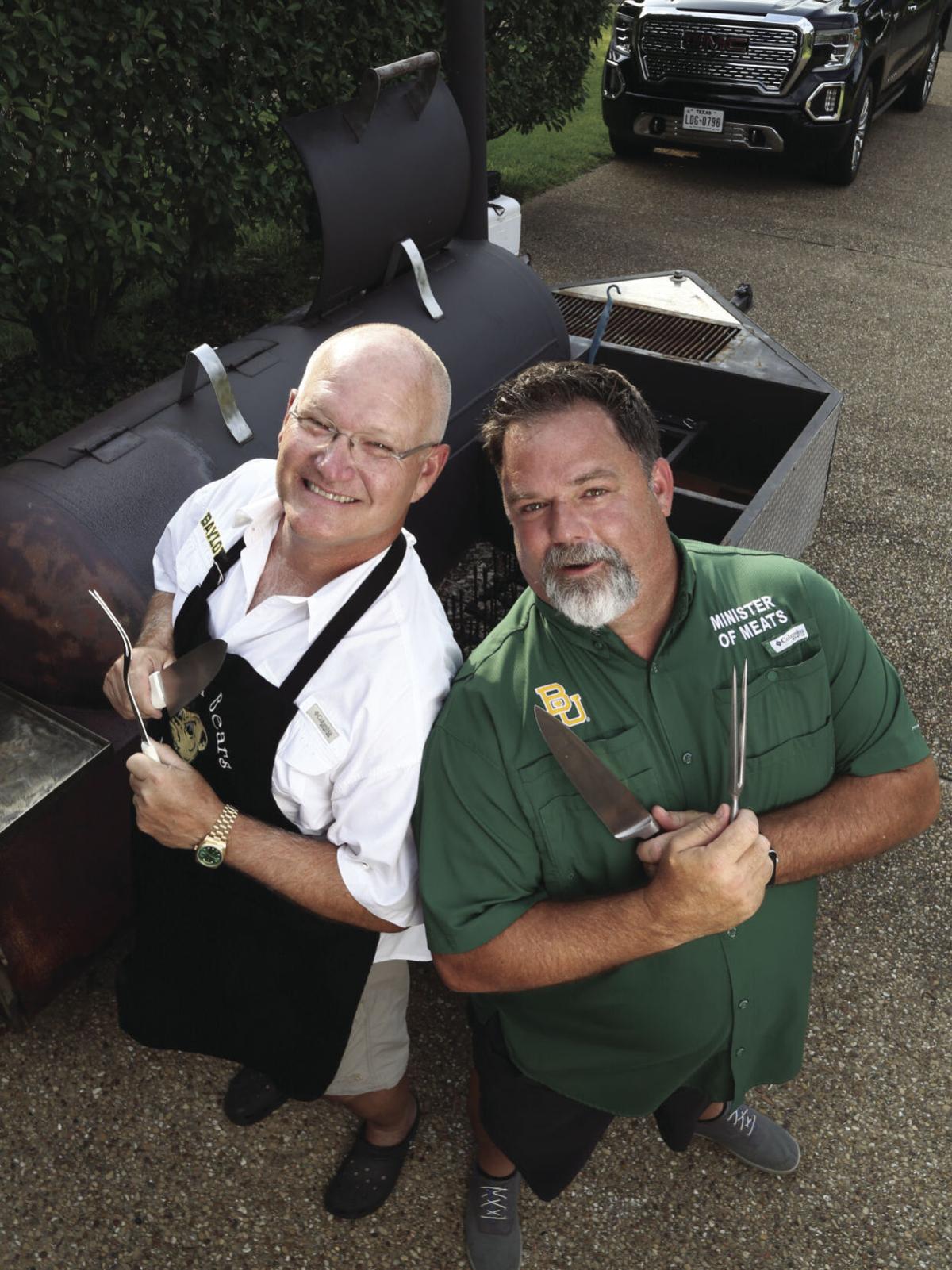 To say Jonathan Grant and his friends are committed to tailgating on the Brazos River at Baylor University football games is, in Grant’s words, “a vast understatement.”

But a recent change by Baylor to contract with Tailgate Guys to manage and bring uniformity to game day tailgating festivities has caused some concerns among Baylor’s regular Saturday party animals, especially those who have invested thousands of dollars in their fall fun time.

In a post this week announcing Baylor’s partnership with the company for the 2020 football season, Baylor athletics department officials said Tailgate Guys has more than 50 partners nationwide, serving college games and professional football, baseball and soccer stadiums from coast to coast.

“Our partnership with Tailgate Guys is consistent with our goal of providing an elite, fan-friendly experience at all home events,” Baylor Athletics Director Mack Rhoades is quoted as saying in the post. “We intentionally selected Tailgate Guys as our partner, given their proven expertise in logistics, hospitality and service. We feel confident in their ability to provide our most dedicated fans with a tailgating experience that is consistent with our standards across all of athletics.”

For Grant and fellow supreme tailgating pitmaster Hobby Howell, they kind of like the standard of tailgating they have been creating now for years, and they worry the increasing costs associated with tailgating under the auspices of Tailgate Guys will drive them and many of their friends out of the tailgating business.

Grant and his Creekside on the Brazos Tailgate involves 12 families from Waco, San Antonio, Dallas and Chicago. Grant estimates his group, which has seven tailgate spots, has invested almost $40,000 into their tailgates, including a customized trailer, large tents, a smoker, related cooking equipment, tables, chairs, big-screen TVs, food and drinks.

His group has been named H-E-B Tailgater of the Game in three different years, and Grant, the self-styled “Minister of Meats” cooks 200 pounds of meat to feed about 250 people every game day. He said their guests routinely include “high-level donors,” Baylor administrators, former athletes and elected officials. They also host a jazz band comprised of Baylor students at least once a season.

“We really wanted to build something that was pretty spectacular and offered hospitality, but our fear is this new contract is going to price us out along with a whole lot of other people who have fallen in love with tailgating, who spend the day from sun up to midnight tailgating but don’t intend to spend the amount of money that the Tailgate Guys are asking.”

He estimates it will cost the group from three to five times more to tailgate under the new contract. Grant said the capital investments they have made in equipment, such as a $4,000 tent, would go to waste because they would have to pay for things they already have. He declined to estimate total costs.

Howell, a third-generation Baylor graduate whose grandfather, Ross Sams Sr., was captain of the 1918 Baylor football team, is no less serious about his tailgating and his love for Baylor.

He and his friends rent a 30-foot-by-30-foot tent for $2,100 a year and serve up to 48 racks of ribs, 30 pounds of sausage and a like amount of beef tri-tip each game. He cooks on a 14-foot smoker that he pulls onto his slot and provides a 50-inch TV for his guests’ viewing enjoyment.

“My first reaction was what was wrong with what we were doing?” Howell said. “If it ain’t broke, don’t fix it. Honestly, the jury is out on whether it will be a good deal long-term. Many of the people out there have really bought in and invested a lot of money in their spots, and they have it the way they want it. I really feel sorry for the people who bought equipment in the past year or two. Will those investments merely go to waste?”

Grant, Howell and others have been trying to contact Baylor officials in the past week. Baylor offered Grant a discount from Tailgate Guys’ normal rates, but Grant said that still far exceeds what his group normally pays.

In an open letter to Rhoades posted on his Facebook page, Grant said “it grieves us deeply to share with you that we are seriously considering shuttering our tailgate altogether after learning the details of the exclusive contract with the Tailgate Guys. The proposed restrictions on tailgating and the steep pricing structure make our tailgate unsustainable going forward.”

Questions to Baylor’s public information office were referred to a senior associate athletics director who did not return phone messages Thursday.

Baylor wrote in its post Wednesday that Tailgate Guys will have an exclusive contract to provide “bellhop services, loading and unloading assistance, coolers with ice, tents, tables and chairs, custom tailgate signage and equipment clean up and breakdown.”

Tailgate guys will have a “pop-up tailgate experience” April 18 at Baylor’s spring football game to provide more information about the new arrangement, the post states.

The same day as Baylor’s announcement, a petition titled “Don’t Ruin Baylor Tailgating” was launched on change.org. It had 683 signatures as of 9 p.m. Thursday

Grant and Howell say, as longtime tailgaters, they and others are disappointed Baylor did not find a way to give them a better and more timely notice of the change.

In his letter to Rhoades, Grant asks that Baylor consider grandfathering existing tailgaters under the old rules so they are not subject to the new contract and to allow them to tailgate as before. Or he proposes that Baylor reconsider the new contract altogether, “which, at this juncture, looks likely to discourage and disperse most current tailgates.”

Under the new contract, tailgaters will not be allowed to bring vehicles into the tailgating zones. Before, tailgaters could park one vehicle there, which allows them to tow in smokers and trailers and haul their tents, big TVS, food and other fare.

Howell, who said he has been tailgating “since the turn of the century,” also expressed concern for his friend, Stephen Duncan, owner of Special Event Rental in Hewitt.

Duncan said his company rents out about 40 tents for tailgating at Baylor and also provides tents for a number of other special events at the university and for coverings over stadium turnstiles.

He said he does not know all the details of Baylor’s new contract but estimates he stands to lose about $70,000 a year, or 30% to 40% of his annual business.

“I’m not sure now what is going to happen,” Duncan said. “It will affect us quite a bit. It is going to hurt. I guess I’ll just try to ride it out and see how it goes. I guess what upsets me the most is I am from Waco, I have been going to Baylor games since I was a kid. My family has had season tickets since I was a kid, and I have yet to get a phone call from Baylor about all of this.”

He said he rented out 20-foot-by-20-foot tents for $1,500 a season, adding that Tailgate Guys propose to at least double that amount.

Including the cost of the spot, Tailgate Guys’ other standard services, tables, chairs and two coolers of ice, the cheapest option for a 20-foot-by-20-foot tent listed on Baylor’s website is $4,500 for the season.

Grant said he hopes a solution can be negotiated in coming weeks.

Guests fill the tables at the Creekside on the Brazos Tailgate last year. Its organizers are concerned Baylor University's new contract with Tailgate Guys will limit their ability to continue.

the use of trailers in the tailgating areas it controls.

Baylor fans show what it means to “sailgate,” an alternative to tailgate parties made possible by McLane Stadium’s riverside location. Avid tailgaters have expressed concern about Baylor's new contract with Tailgate Guys.