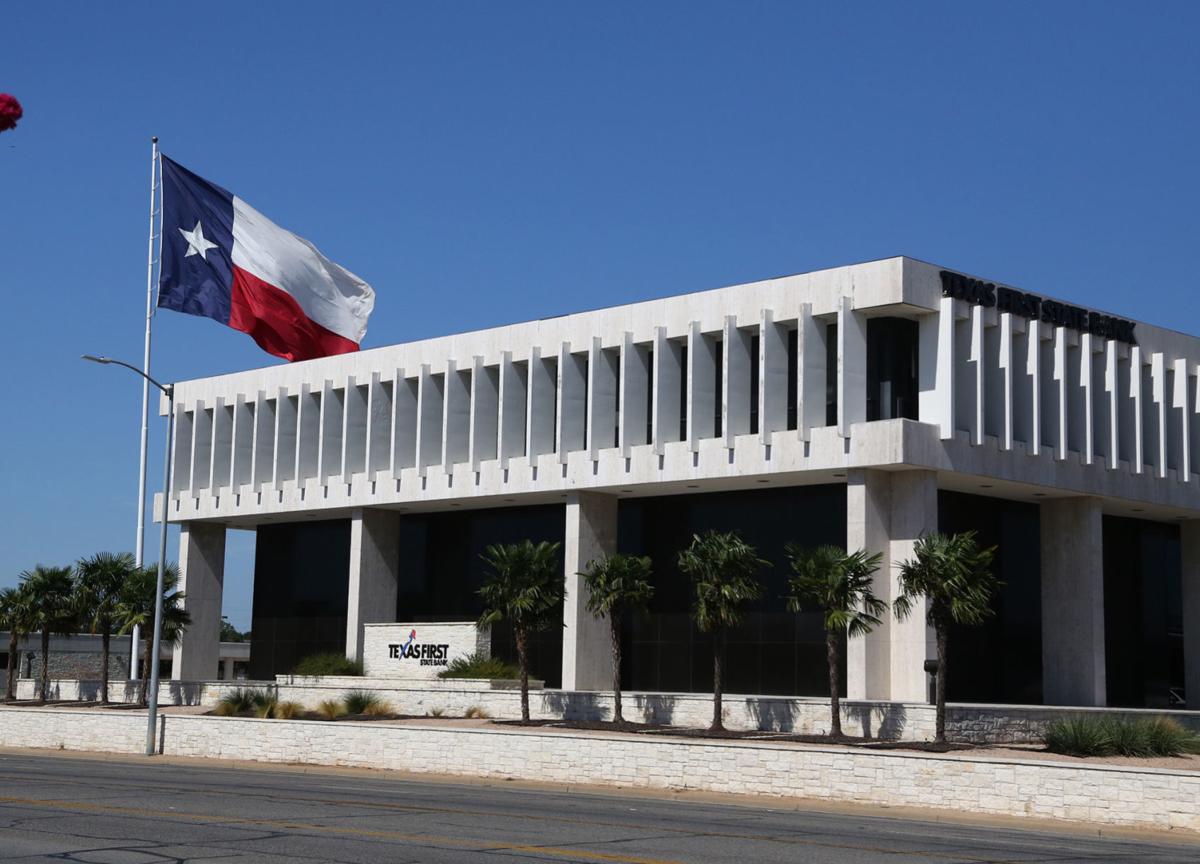 Texas First State Bank, a longtime local independent bank with a flagship location at Bosque Boulevard and Lake Air Drive since 2014, will merge with Mississippi-based BancorpSouth. 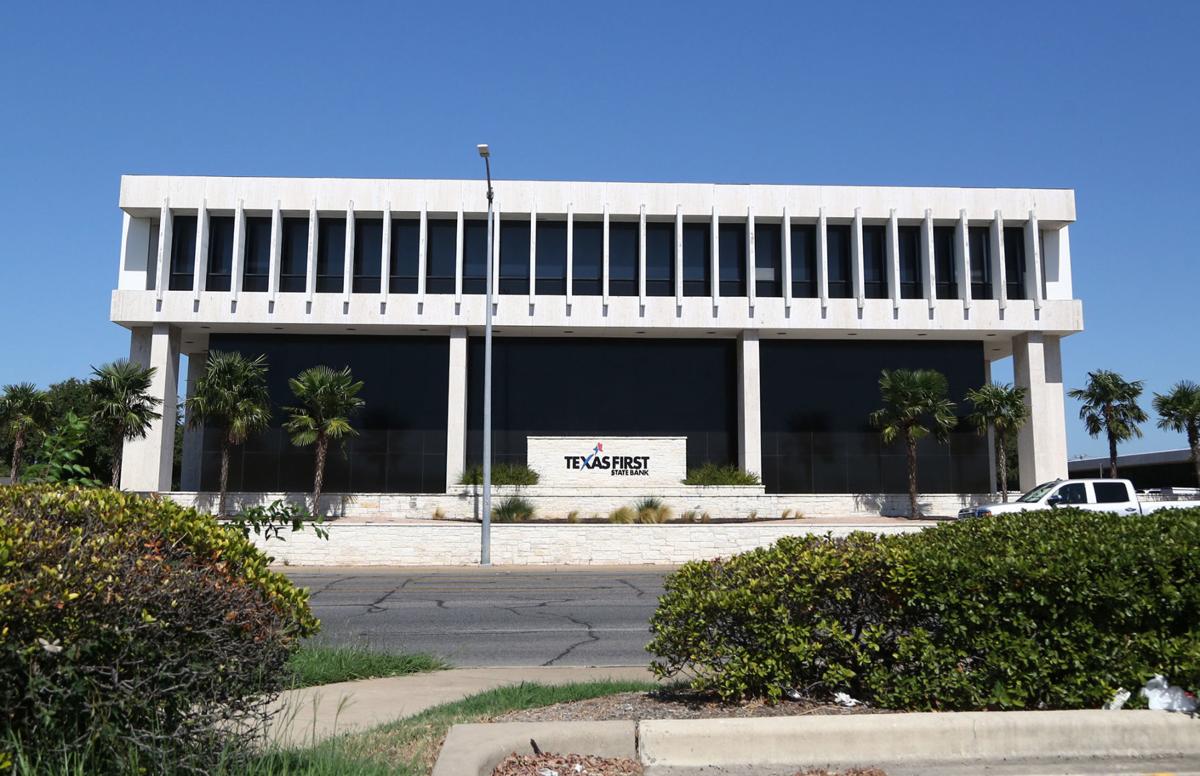 Texas First State Bank, a longtime local independent bank with a flagship location at Bosque Boulevard and Lake Air Drive since 2014, will merge with with Mississippi-based BancorpSouth.

Mississippi-based BancorpSouth Bank, which has $20 billion in assets, will merge with Texas First State Bank, a longtime independent banking presence in Central Texas whose president, Rodney Kroll, confirmed the cash-and-stock transaction in an interview this week.

BancorpSouth has signed a definitive agreement with Texas First Bancshares Inc., to merge Texas First “with and into” BancorpSouth, which is expanding its Texas presence, specifically along the Interstate 35 corridor between Austin and the Dallas area, according to a BancorpSouth press release.

Texas First, founded in 1906 in Riesel, has six full-service banking offices in the Waco, Temple and Killeen metropolitan areas. It has $391 million in assets, and after the merger, BancorpSouth will have 76 full-service banking offices, five mortgage loan production offices and four insurance offices in Texas, according to the press release. It will have $3.8 billion in total deposits in Texas and total loans of about $4.3 billion, the press release states.

Despite its size, BancorpSouth has made its mark by bringing banking services to small and midsize communities, Kroll said. He said BancorpSouth’s way of doing business should mesh well with that of other financial institutions in Greater Waco, which is heavily populated by independent banks. But its clout and presence in nine states should serve Texas First customers well and allow access to services Texas First could not provide, Kroll said.

He said Texas First State Bank has about 10,000 customers.

Kroll said negotiations started in early July and included addressing his desire to continue overseeing local operations. He now serves as president and chairman of Texas First and will carry the title of Waco chairman after the merger. He said it is possible a member of the existing management staff at Texas First will become president. An advisory board, at first comprised of Texas First board members, will provide input.

Asked about the threat the merger could pose to Texas First’s independent status, Kroll said, “You know, as we move through life, there are always changes. I’m the ninth president of this bank, and I have pictures of each one in my office. There will come a time when I’m not here, the future I can’t control. I helped select this merger candidate, and they’ve been to Waco several times to talk with me. They very much want to build on what we have here. As I’ve been told many times by the (Federal Deposit Insurance Corp.), this is the most competitive banking environment in Texas.”

Joe Nesbitt, president of Central National Bank’s Highway 84 location, said he hopes what he has heard is true, that Kroll will remain onboard.

“That is a class outfit. I hope they will keep that team intact, continue to provide the same excellent service they’ve provided customers for years,” Nesbitt said. “I think most independent banks receive inquiries (about merging) from time to time. I don’t see this as a shift locally, though I do know there has been increased merger and buyout activity statewide.”

He said those who suggest it is becoming tougher for independent banks to compete against regional and national chains may have it all wrong.

“This may sound utopian, but I think it’s tougher for larger banks to compete in this market,” Nesbitt said. “We serve this community well together.”

Alliance Bank President Todd Moore said takeovers and mergers have become a way of life among independents in Texas and nationally. He said regional operators such as BancorpSouth “are bankers at heart” and are getting better about maintaining the personal touch following takeovers.

“Texas is a good market for this bank out of Mississippi, and Waco is attractive,” Moore said. “The larger banks are pretty good, and the independents aren’t lessening their efforts. Competition makes everyone better.”

C.K. Lee, an investment banker with the Dallas office of Piper Jaffray, a multinational firm specializing in mergers and acquisitions, said in a phone interview that bank takeovers are continuing at a breakneck pace, causing the number of banks statewide to decline by 8.5% since 2017.

Factors pushing the trend include the increasingly complex regulatory environment, which larger banks are better equipped to navigate.

BancorpSouth chairman and CEO Dan Rollins said in the press release that the merger with Texas First “is a great fit both geographically and culturally.”

“It will allow us to enhance our market presence in Central Texas, as well as add a great team of bankers who share our focus on customer commitment and community involvement,” Rollins said.

Proposed terms of the merger, which has been approved by both boards but awaits regulatory approval, call for BancorpSouth to issue 1.065 million shares of common stock, plus $13 million in cash, for all outstanding shares of Texas First Bancshares, according to the press release. The terms could be adjusted to keep the total value of the deal between $38.8 million and $46.5 million.

Texas First State Bank, a longtime local independent bank with a flagship location at Bosque Boulevard and Lake Air Drive since 2014, will merge with Mississippi-based BancorpSouth.

Texas First State Bank, a longtime local independent bank with a flagship location at Bosque Boulevard and Lake Air Drive since 2014, will merge with with Mississippi-based BancorpSouth.