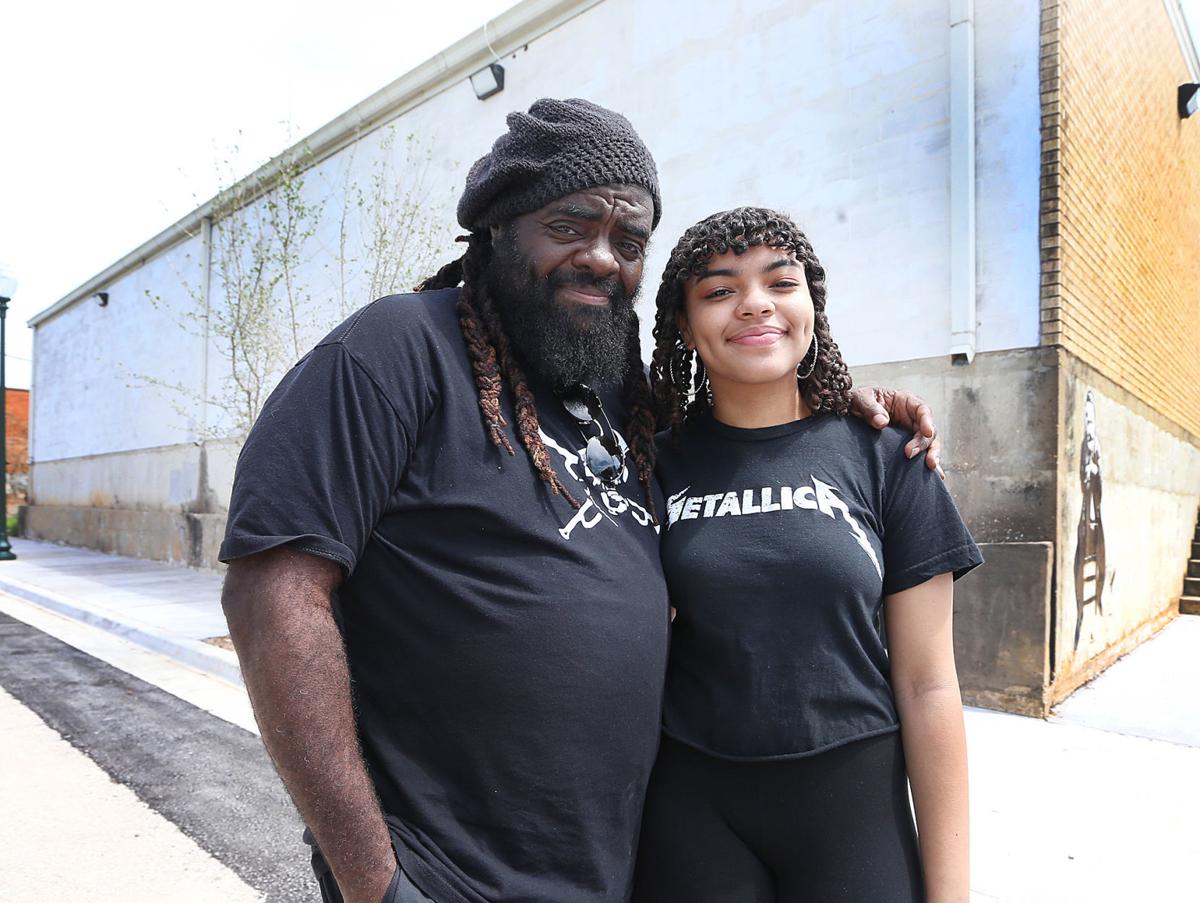 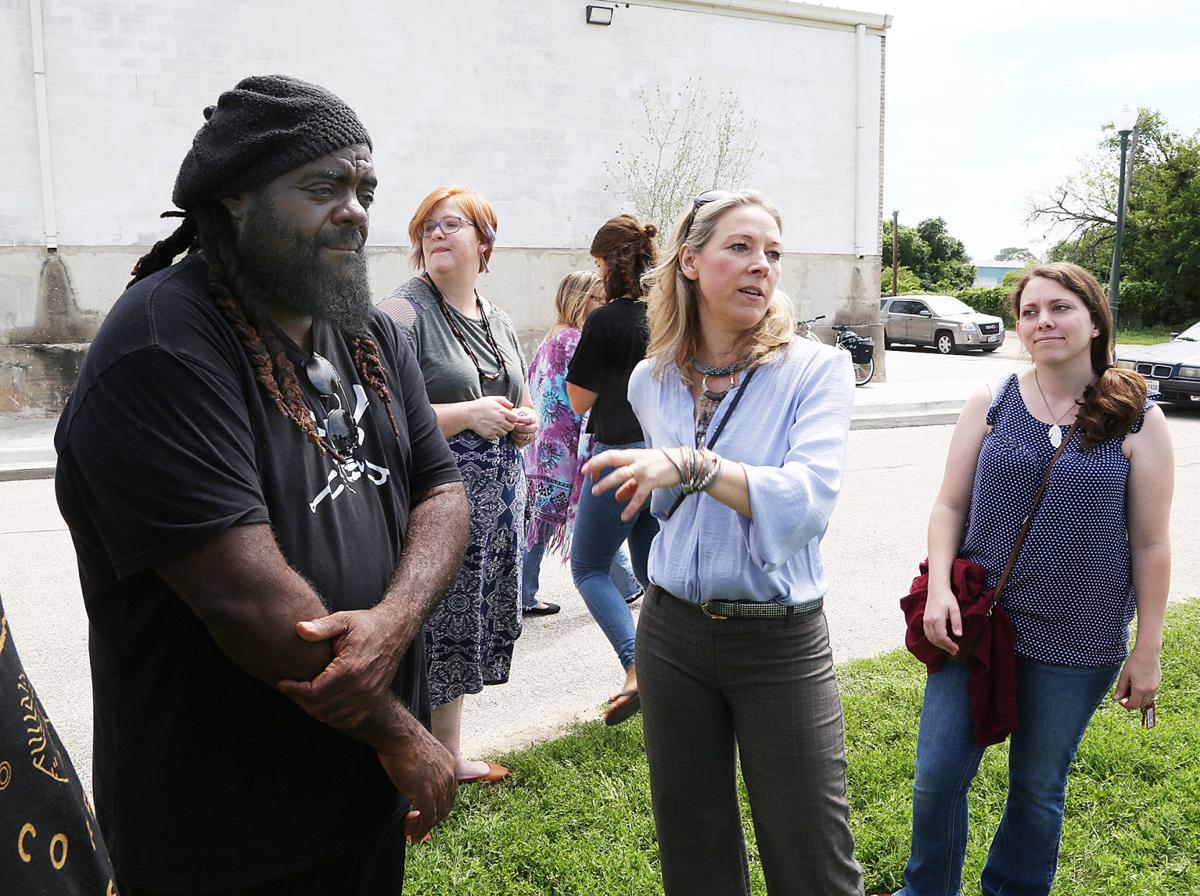 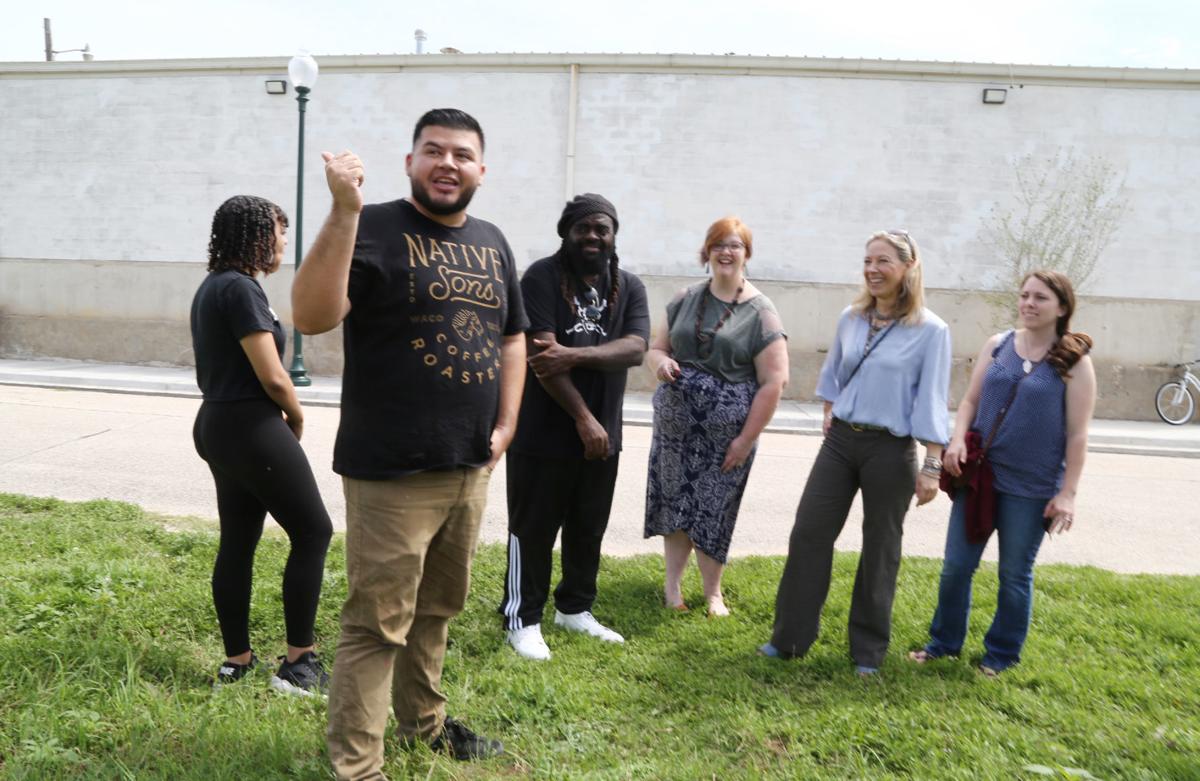 Acclaimed New Orleans artist Richard C. Thomas could fill a wall with examples of his artwork and years of working with youth.

Filling a wall with art, painting a mural, brings him to Waco this summer to share his experience with Waco high school students in the second year of the ArtPrenticeship project. When finished, it will leave the walls of two East Waco buildings with fresh and lasting art.

Project manager Stefanie Wheat-Johnson said the success of last year’s ArtPrenticeship program and its “1,000 Hopes For Waco” mural at 315 S. University Parks Drive led to its expansion in a second year. The ArtPrenticeship, a business-school-community partnership, trains students how to professionally design and execute an art project and pays them for their work.

It is comfortable territory for Thomas, who grew up poor in New Orleans and made his art a ticket to a sustainable occupation. He also pays forward the favors from mentors who helped along the way by teaching art classes, leading art camps and organizing art projects, often for underprivileged kids in New Orleans.

“Art has always been part of my life,” he said, talking about his career after a morning ArtPrenticeship session at the Greater Waco Advanced Manufacturing Academy.

At age 4, he would transform letters of the alphabet into stick people and other figures.

“I found something I could delight in,” he said.

Thomas’ creativity spilled over from illustrated letters to designs for Mardi Gras Indians that they would embroider into their costumes; school bulletin boards; portraits of classmates drawn, for pocket change, from their ID cards; school stairwells; entertaining, but trouble-causing teacher caricatures; and even a commissioned portrait of a school principal.

While his father disapproved of the time spent in drawing and painting as frivolous wastes of time, other adults were there with encouragement, advice or jobs, including from an architect he met on a bus, a painter on his newspaper route and a Tulane University graduate art student who introduced him to mural painting technique.

He began teaching art in 1978, and many of his public art projects after that involved young people. His long-running Pieces of Power program mentored high school students from poorer neighborhoods, with painted trash cans and murals the artistic product and a social product of young people exposed to art and professional development.

A $150,000 City of New Orleans commission for three murals at the city’s Louis Armstrong International Airport in 1966 proved a career high point.

“I finally could command the money I was worth,” Thomas said.

Murals for the New Orleans Jazz and Heritage Festival led to his selection for the festival’s official poster for many years.

Thomas has created posters for Hurricane Harvey recovery and Voice of the Wetlands, a wetlands protection effort headed by musician Tab Benoit. Even in adversity, the artist has found ways to move ahead. When an early morning rain washed out his charcoal outlines for a mural on jazz trumpeter Louis Armstrong hours before painting was to start, a walk to calm his distress led him to a chance meeting with a former Armstrong manager who provided new images for Thomas to use.

When Katrina destroyed much of his studio in 2005, he was able to relocate temporarily to Waterloo, Iowa, for its mural project “We The People.”

Serendipitous timing has helped, too. A photograph of President Barack Obama and New Orleans restaurateur Leah Chase, owner of the famed Dooky Chase's restaurant, just happened to be in front of “Like This,” Thomas’ painting of two trumpet-playing boys.

“My career has been uncanny in a lot of ways,” Thomas said.

Thomas, accompanied by his 15-year-old daughter, Isa Bella Thomas, one of the ArtPrenticeship participants, has been leading discussions on community, design, the business of art and the impact of art.

Students are working on designs for the project’s murals at Brotherwell Brewing and the Family Health Center and will present their suggestions to project clients June 27. Once designs are selected and approved, painting will start early next month with community painting days planned for July 13 and 20.

There will not be a lack of ideas. A recent Facebook query asking for suggestions of Waco icons, famous residents and the like drew scores of suggestions spanning much of the city’s history and geography.

Art can celebrate a community and, if needed, can help heal one, Thomas said.

“We go forward understanding how important community is, how important diversity is,” he said. “We see that we’re all the same, that we shouldn’t fight against each other so much. We can fully meet at the table and share all.” 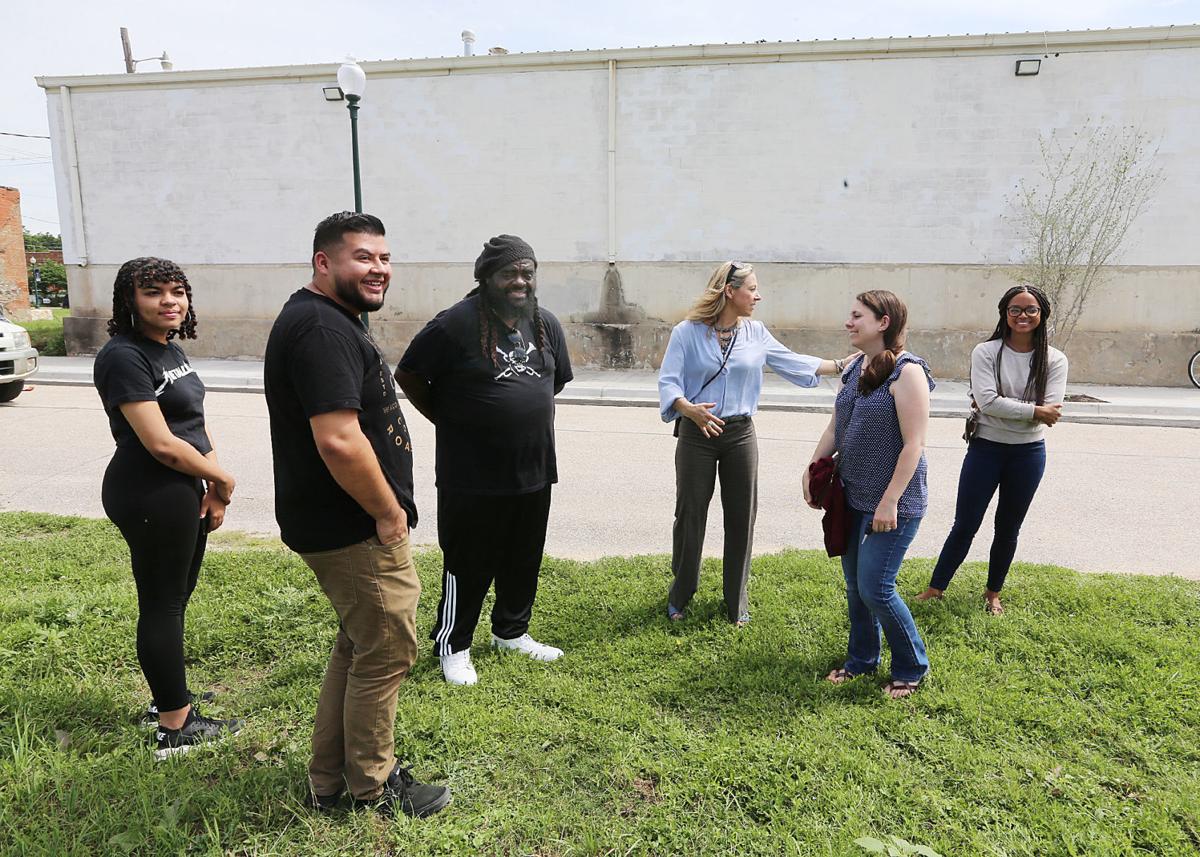 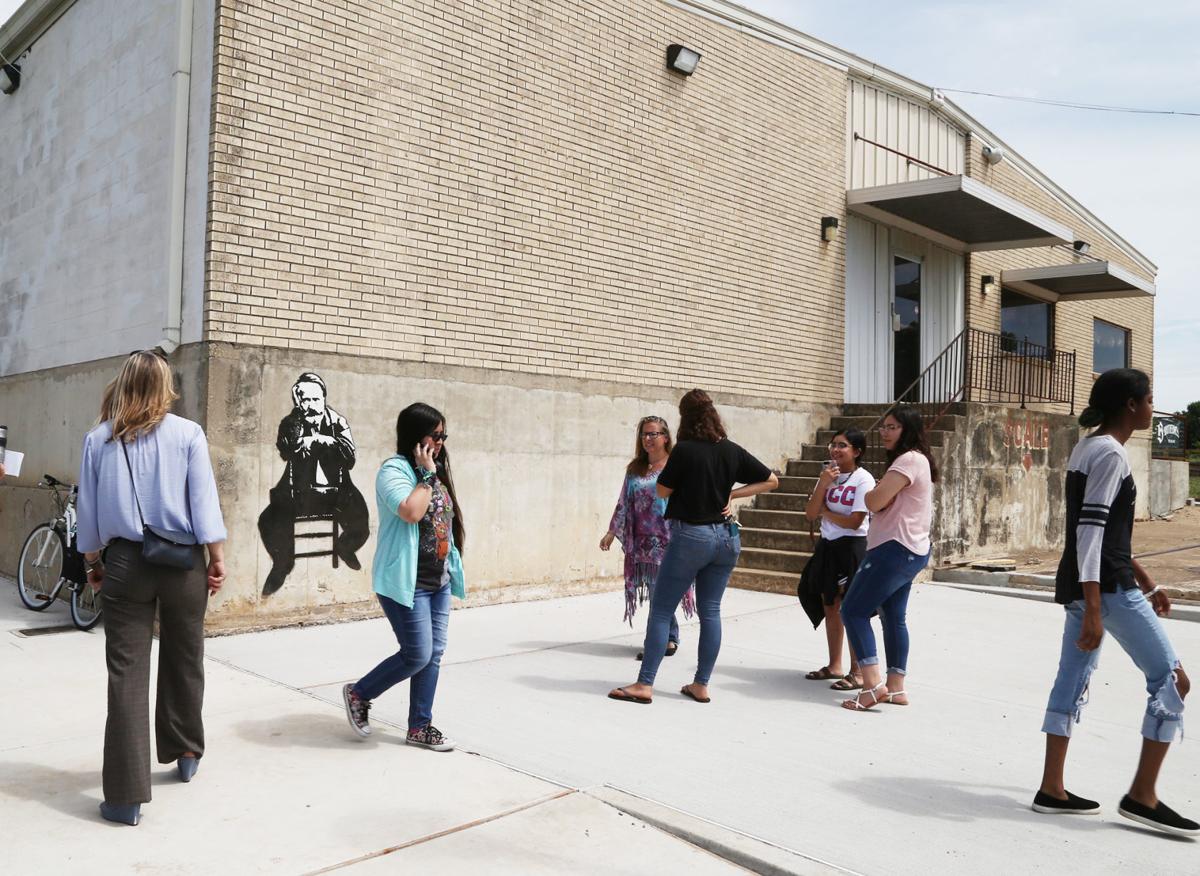