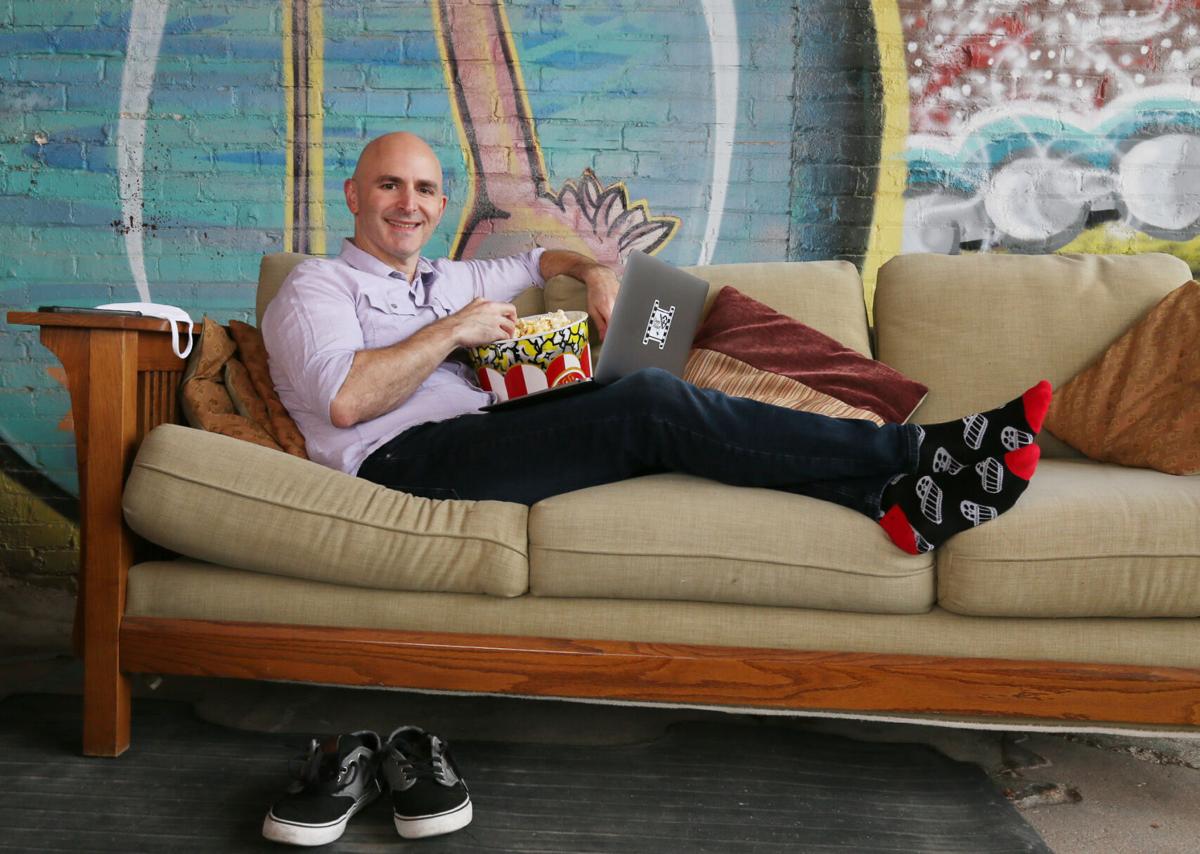 Deep in the Heart Film Festival co-founder and artistic director Samuel Thomas shows that the best seat in the house will actually be in the house for this year’s virtual festival. 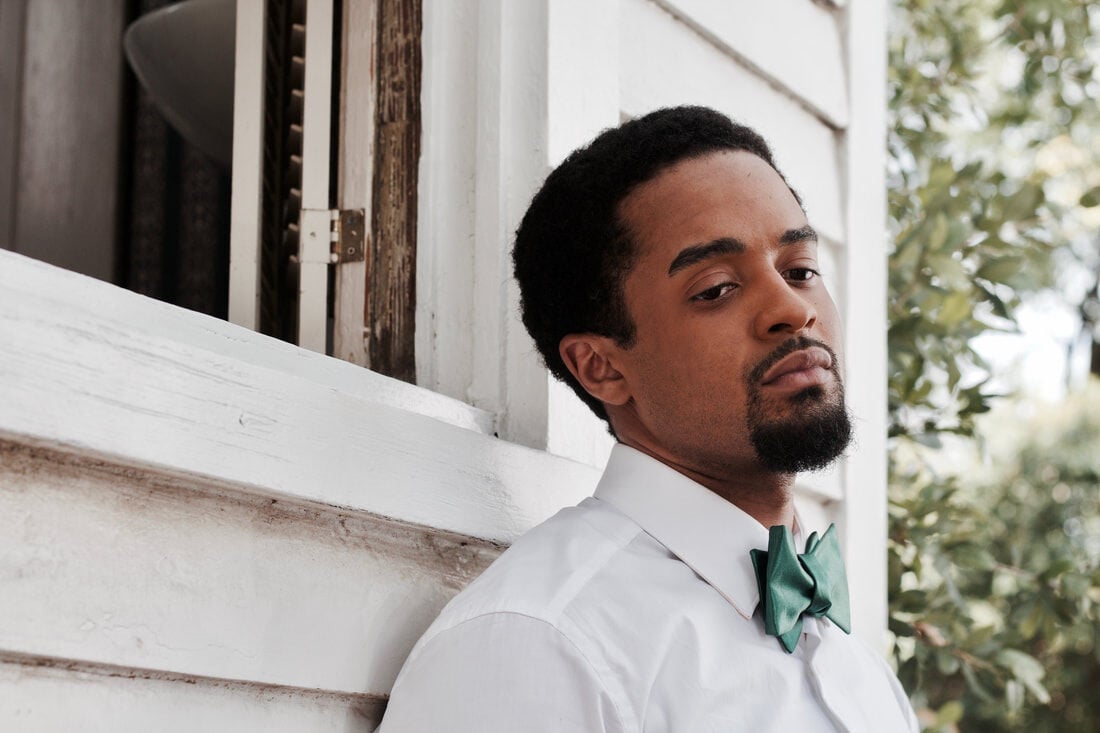 Noah (Drez Ryan) has wedding day doubts in the Waco-made "Seven Short Films About (Our) Marriage," one of the featured offerings of this year's Deep in the Heart Film Festival. 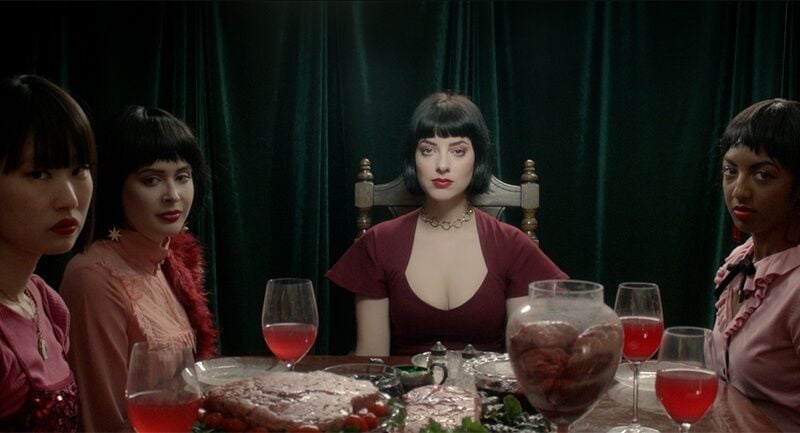 "Fatale Collective: Bleed," an anthology of offbeat shorts from women directors, is among the festival's online offerings in its second weekend.

The fourth annual Deep in the Heart Film Festival moves from the big screen to the small one this year, with COVID-19 precautions and protocols driving the event from its home at the Waco Hippodrome to a virtual one online and split over two weekends.

For festival founders and organizers Samuel Thomas and Louis Hunter, the challenge was how to preserve the festival’s essence — emphases of storytelling, short films, Waco-rooted products and film-friendly conversations — in a new format that separated viewers.

Up until last month, planners had hoped to hold their festival at the Hippodrome, shifting its date from August to mid-September, but a midsummer COVID-19 surge in the community forced them to go online for safety’s sake.

Film fans get to see the result beginning Thursday when online viewing opens up and the festival’s schedule of livestreamed discussion and panels begins.

Thomas said the retooled festival, titled as Deep in the Heart Film Festival: At Home Edition, is an example of the creative thinking that filmmakers often have to employ when on-the-ground circumstances force changes in filming schedules and plans.

The festival’s move to a late summer/early fall date this year from its usual late winter/early spring window worked to its advantage, freeing up entries normally tied up in other spring festivals and allowing organizers to get ideas from other festivals forced online, he said.

Festival publicist and Dallas-based filmmaker John Wildman noted that translating the DITH fest’s personality was the planners’ central goal. “The team really had this desire not to show a movie and have a Zoom conversation about it afterwards,” he said. “What was important to everyone was, ‘How do we bring Waco to people’s living rooms?’”

Part of the solution lies in films shot in Waco or with Waco or Baylor University connections — 14 features, shorts or music videos this year, a high compared to past festivals. Festival participants were sent a swag bag of Waco products and there’s a scavenger hunt for festival fans to search for Waco-connected clues. “If we can’t bring our filmmakers to Waco, we’re going to bring our Waco community to our filmmakers,” Thomas said.

Another part comes in the festival’s curation, the selection and arrangement of features and shorts into thematic blocks that go beyond simple film genres to provoke thought and conversation.

It’s that aspect, Thomas said, that has given the Waco festival its personality, a sense of finding films, shorts and a sensibility not found elsewhere. “There are a lot of film festivals around, let’s face it, but the (film) community supports them. And after you cycle through Netflix and a few times on Amazon Prime, you’ve seen it all,” Thomas noted.

Creating the thematic blocks, in fact, consumed much of the film selection team’s time and this year’s results includes blocks like “What Are We Fighting For?,” “Who I Am,” “What Must Be Done,” “Friday Night Frights,” “Hearts and Minds,” “Home,” “WTF?” and “2020 In A Nutshell.” (“WTF?” and “2020 In A Nutshell,” by the way, are separate categories.)

Waco/Baylor University director Chris Hansen’s Waco-made feature “Seven Short Films About (Our) Marriage” will be streamed on Friday and the “Hearts and Minds” block, a collaboration with Waco Pride Network, will run in the first weekend. The second weekend will present the African films “Liyana” and “Something New in Old Town,” a first-time collaboration with the Waco Cultural Arts Fest’s Celebration Africa FilmFest, and the “Saturday Family Matinee” and “Friday Night Lights” film blocks.

This year’s fest features 134 entries from more than 500 submissions scheduled over two weekends and festival viewers can either buy access by the block for $5 per block or an all-festival access pass for $25. Those viewing by the block can watch anytime for three days after unlocking access, with 24 hours to finish viewing a film or film block. Live events and post-film Q&A sessions are time-specific.

Other Facebook Live events include a Virtual Red Carpet at 6 p.m. Friday and a festival-closing Awards and Wrap Party at 6 p.m. Oct. 4.

Deep in the Heart Film Festival

When: Friday through Sunday and Oct. 2-4, online at www.deepintheheartff.com.

Deep in the Heart Film Festival co-founder and artistic director Samuel Thomas shows that the best seat in the house will actually be in the house for this year’s virtual festival.

Noah (Drez Ryan) has wedding day doubts in the Waco-made "Seven Short Films About (Our) Marriage," one of the featured offerings of this year's Deep in the Heart Film Festival.

"Fatale Collective: Bleed," an anthology of offbeat shorts from women directors, is among the festival's online offerings in its second weekend.