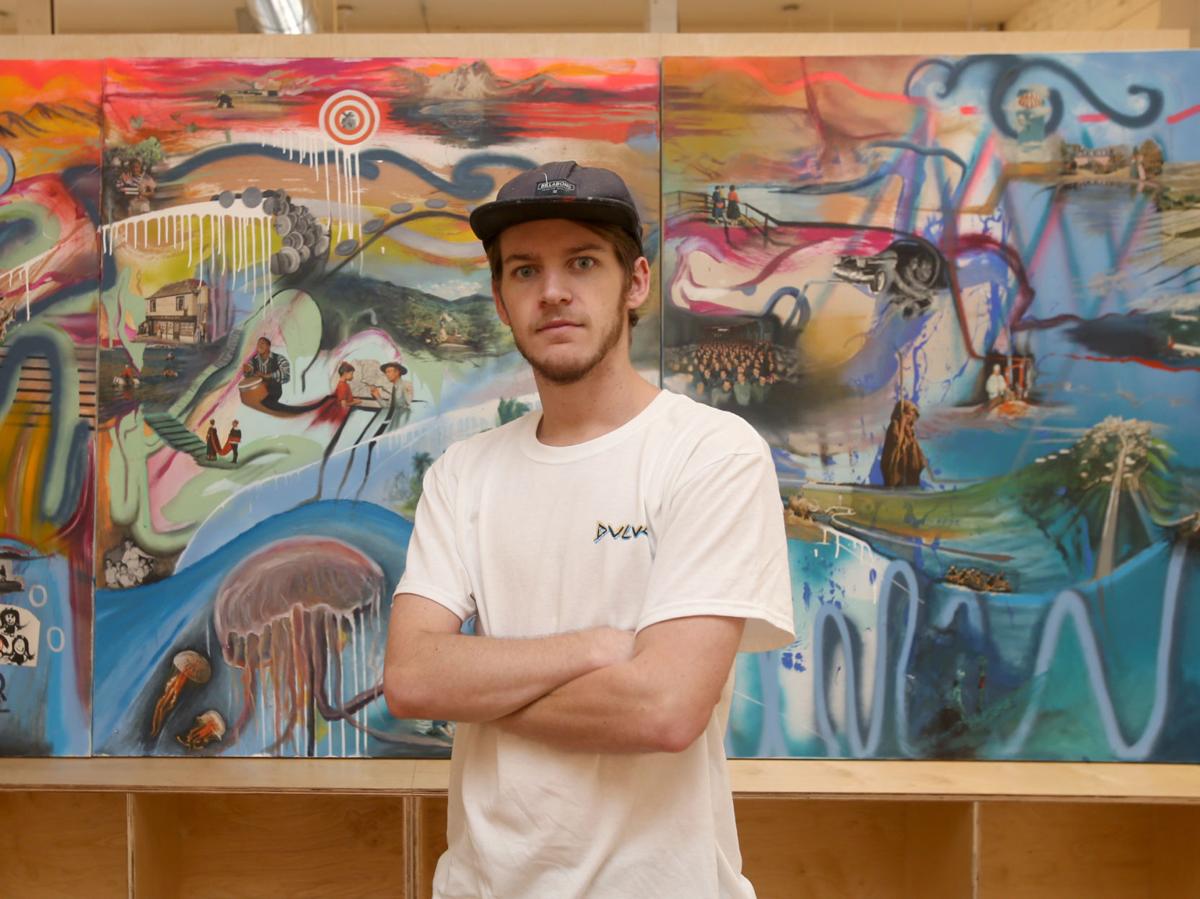 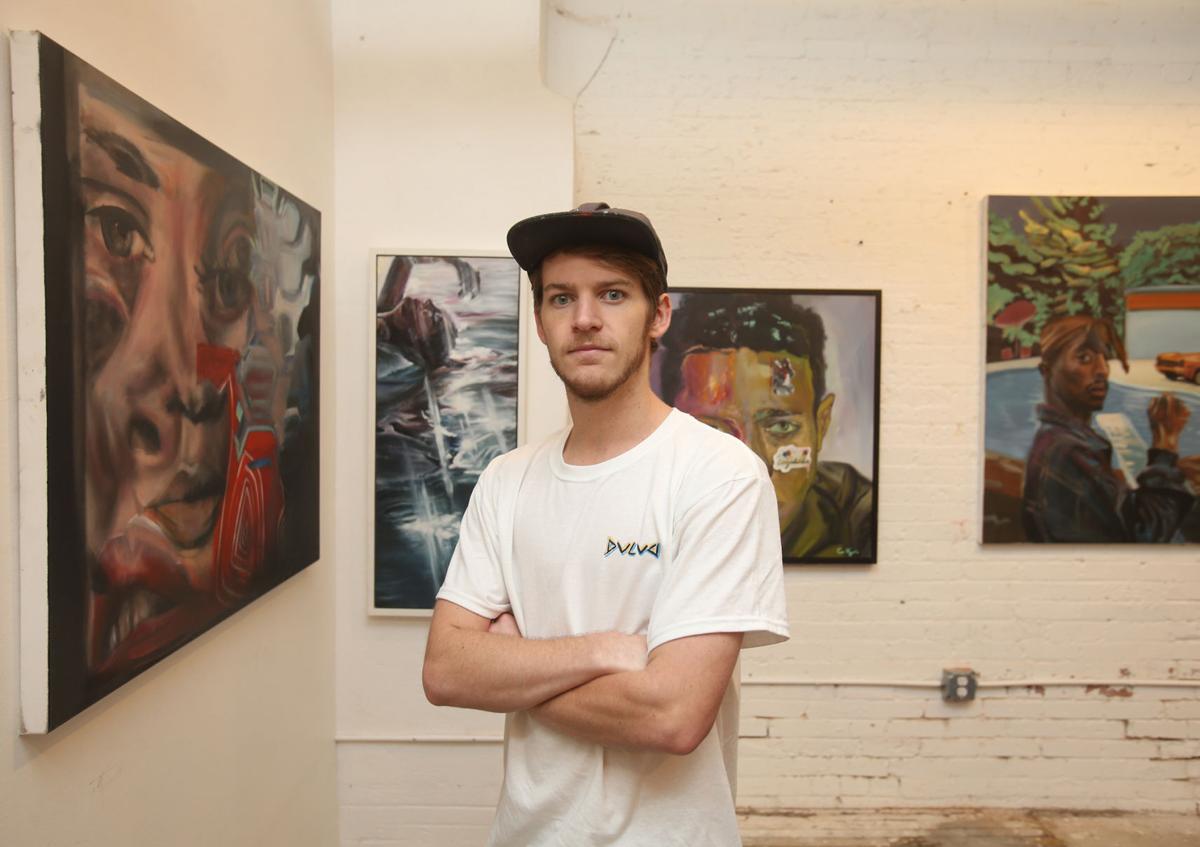 The country is far from through with the disruptions caused by COVID-19, but Waco artist Cade Kegerreis has found a small silver lining for him, at least in the early months.

With people sheltering in place in their homes and businesses slowing down from lack of customers, Kegerreis found time to focus on his art without distractions. “Corona(virus) allowed me to be a hermit and just work,” he said.

The work that resulted from his hermetic hours in front of his canvases go on public display in his show “Devolved — Unity through Evolution, Diversity and Connection,” this Friday at downtown Waco art space Cultivate 7twelve.

It’s the first solo show for the 23-year-old Waco artist and he pays tribute to mentors, high school art instructor John Storm and Baylor University painting professor Winter Rusiloski, as well as a general education that continues to broaden his horizons.

Titles such as “Religion” and “Civilization History” suggest the varied topics Kegerreis addresses in the show’s 15 paintings in the show. He finds a common theme of unity, however varied the subjects, images or styles contained.

“The real goal of this show is to offer some insight visually and deepen people’s understanding of their connection with everyone and everything,” he explained.

“Religion,” for instance, uses a deeply-rooted, multi-branched tree to connect Adam and Eve, Buddha and the city of Mecca. Another work shows a series of faces demonstrating a spectrum of skin color from light to dark. “We all have differences, but there’s no reason for separation,” he explained.

Most of his oil canvases are large, with his “Amalgamation” a three-panel work spanning some 12 feet. Part is a personal preference in painting and part is his interest in street art and graffiti, he said.

With its mix of abstract touches, photo images, paint drips and spray paint flourishes, “Amalgamation” also tips his hat to Storm, who introduced him to freer, sometimes random expression and street art, and Rusiloski, who led him to work more in oil and whose own work sometimes involves collages of magazine images, he said.

The solo show, approximately 18 months in the making, is the latest career marker for the Waco native. After finishing Rapoport Academy’s Meyer High school, he started in photography at Baylor University, then moved into art and painting. He’s been working as an artist since graduating from Baylor in August 2017, painting murals and signage with downtown Waco food hall Union Hall and Helberg Barbecue featuring his work.

His Cultivate 7twelve show will also feature his latest medium, seen in his DVLVD clothing line of shirts and masks, to be available through a website, dvlvd.com. “It’s a way to offer my thoughts and art on something more affordable. It’s a way of causing positive change,” he said.

“My purpose, my call to life is bringing people together and showing things in a new way,” he said. “We all have differences, but there’s no reason for separation.”

The Bosque Art Classic in Clifton goes contemporary in its 35th year this week, but don’t worry about that affecting the western art that’s at…