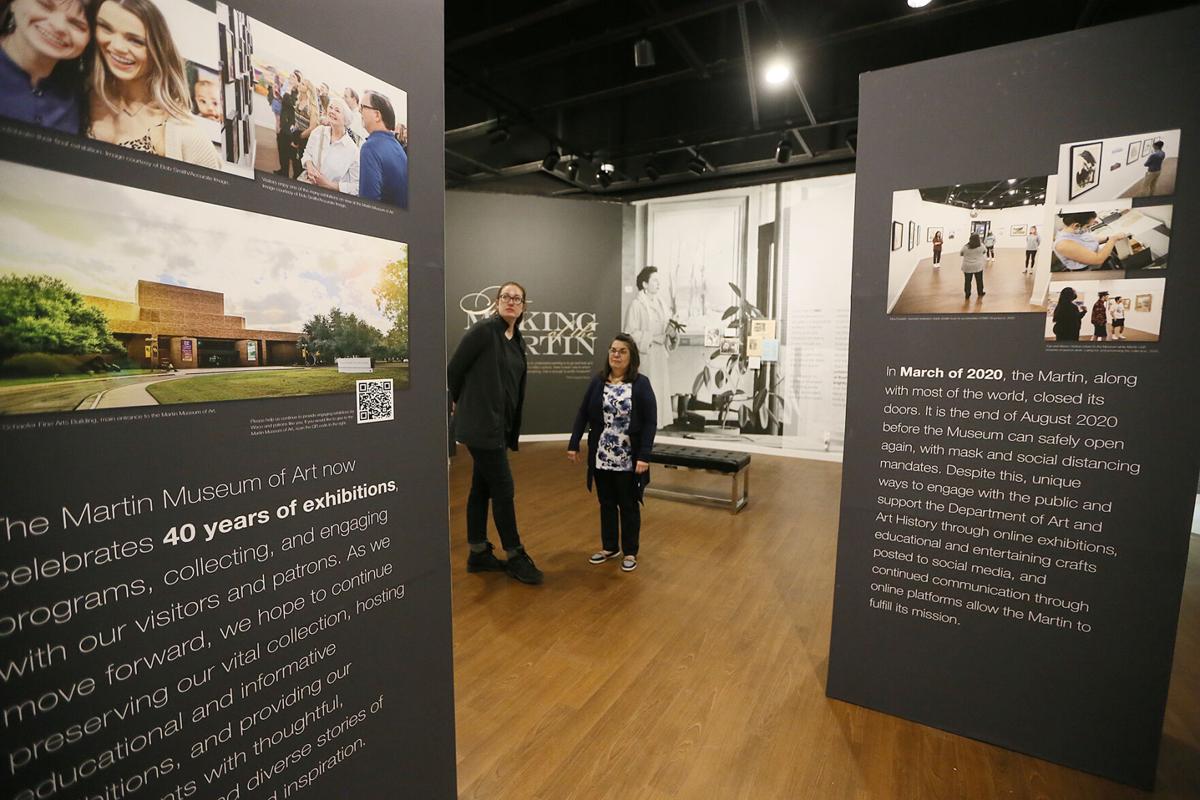 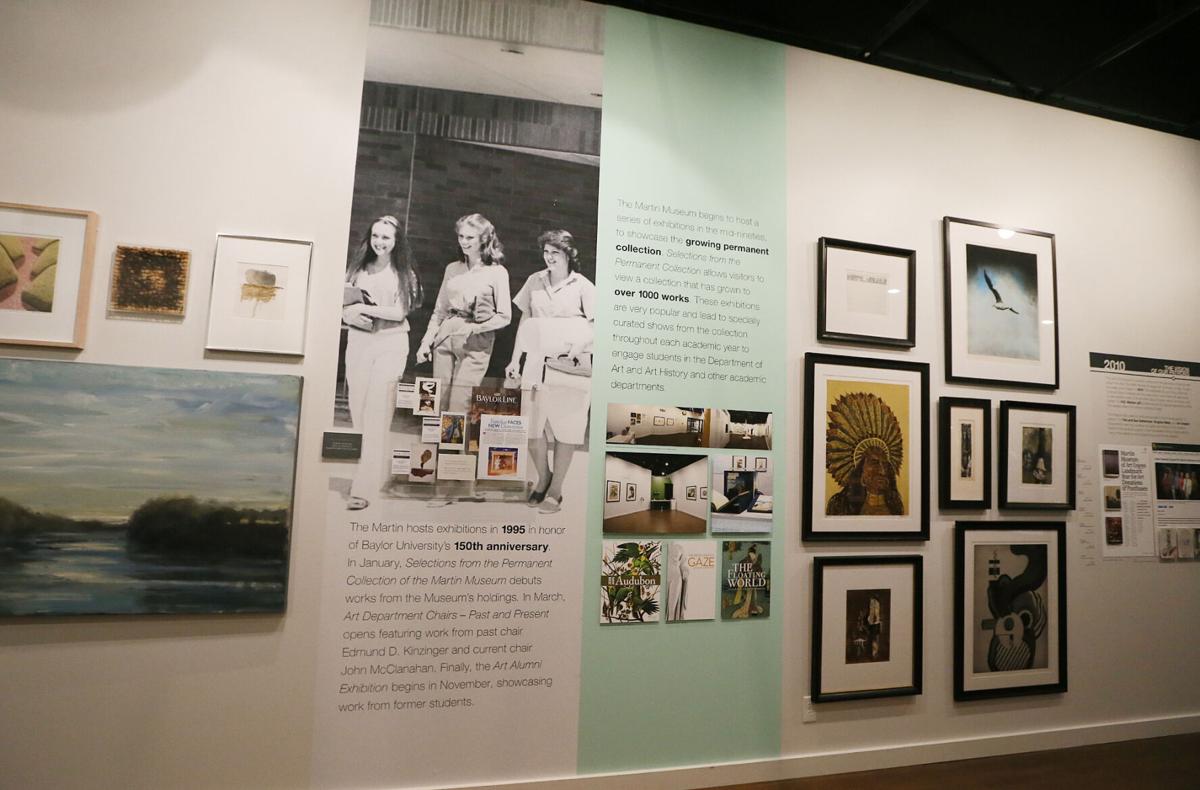 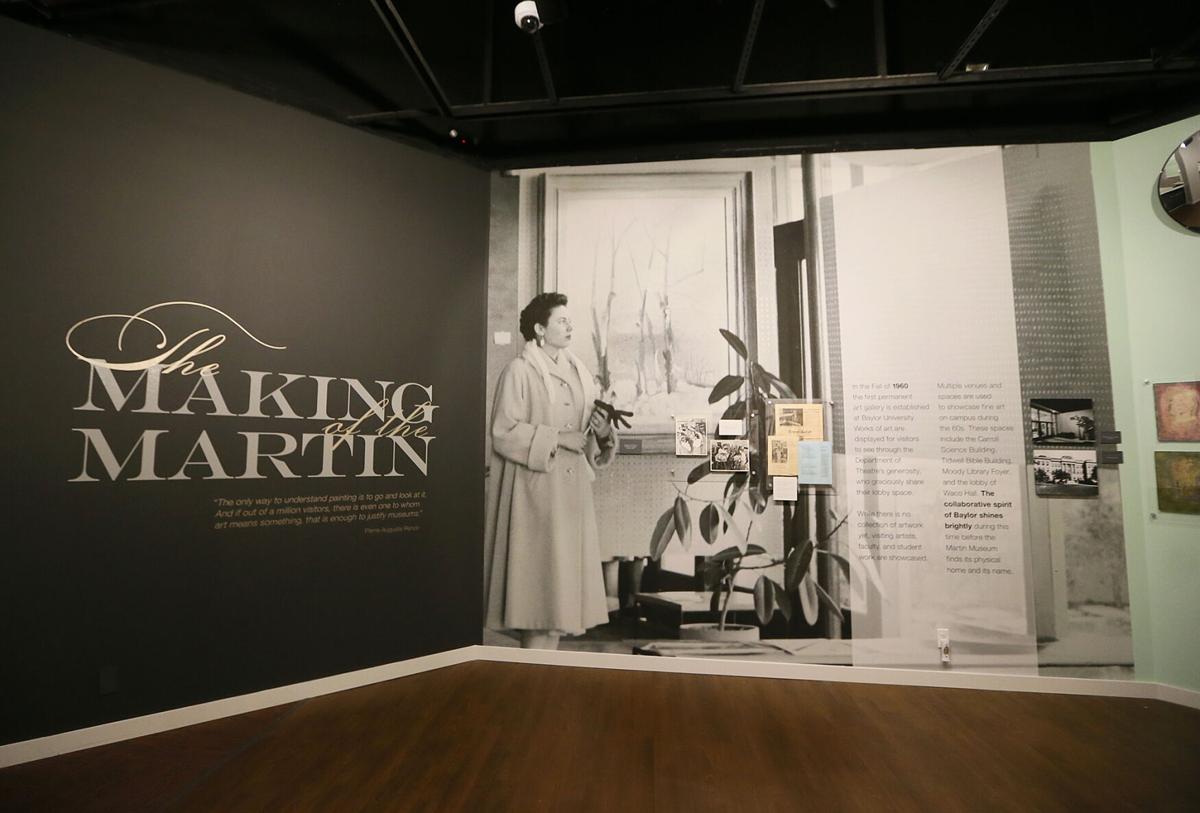 The beginnings of Baylor University's Martin Museum of Art are recalled in the museum's current exhibit.

Baylor University’s Martin Museum of Art turns to itself as subject for its new exhibition “40 Works for Forty Years,” a show that looks at both the museum’s 40-year history and how art museums have evolved over time.

The show, which runs through December, traces its growth from a dedicated space in the Carroll Science Building in 1960, the first stage of art department chairman J.B. Smith’s vision for a university art gallery, to the full-fledged museum within Baylor’s Hooper-Schaefer Fine Arts Center, complete with full-time director, staff and more than 1,500 items in its collection.

That part of the exhibit tells the story in part through newspaper clippings, photographs and correspondence, a change of pace from artwork typically on display for director Allison Chew and gallery attendant Elise Crowder, who adapted shelves and free-standing columns for exhibition.

The exhibit’s second part, the 40 works of its title, came from the museum’s permanent collection and represents some 3% of its holdings. Deciding which pieces to use, from ones shown in past permanent collection shows to others making a public debut, made selection a challenge, Chew noted.

The show has representative works from art department faculty members Edmund Kinzinger and Henry McArdle as well as selections from the John S. Belew Collection started by the former Baylor provost, which expanded the museum’s holdings.

Baylor art history professor Heidi Hornik served as the museum’s first director, hired in 1990, when she and art faculty colleague Paul McCoy split duties and responsibilities for exhibits in the museum space in Hooper-Schaefer Fine Arts Center. Juggling museum duties with full-time teaching responsibilities proved a challenge for the two and several years of lobbying by Hornik and the art department for a full-time director led the Baylor regents to create the post, with Karin Gilliam its first director in 2004.

Under Gilliam’s leadership, the Martin expanded its staff and patron base, with Chew succeeding her as director in 2015 and working to enlarge the museum’s educational mission.

As one might expect, there’s a touch of the eclectic in what’s displayed: the museum’s oldest item (a fourth century BCE Roman tear vase), its largest painting, its newest acquisition and its largest wall sculpture, plus a brace of finely engraved French dueling pistols from the 1850s.

Those who go to see the latest show by Waco artist Russell Campbell might bring their phones and not just for selfies.

I first thought of this column about a month ago in a different context.

The beginnings of Baylor University's Martin Museum of Art are recalled in the museum's current exhibit.