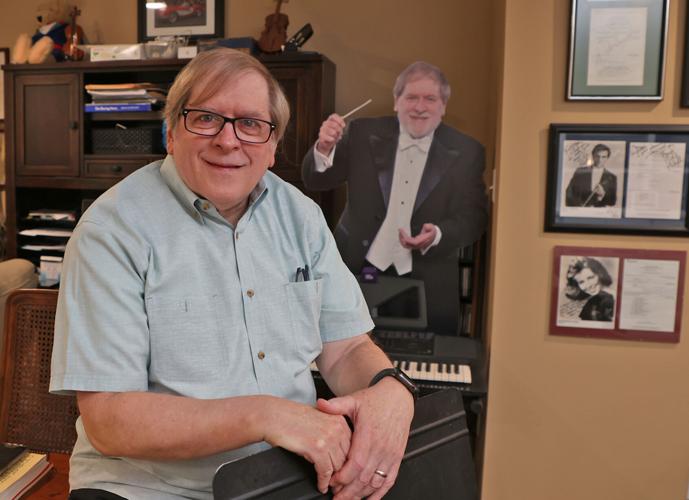 Longtime Waco Symphony Orchestra music director Stephen Heyde will step down from the orchestra after 35 years and Thursday’s concert. 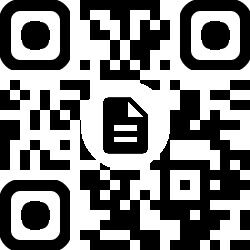 IN DEPTH: We asked several of those who’ve worked with Heyde over the years to comment on his legacy. Point your smartphone camera at the QR code, then tap the link. 

Scroll to the bottom of this story for comments from several longtime musicians and others in the Waco Symphony Orchestra community.

Waco Symphony Orchestra music director Stephen Heyde takes the podium at Waco Hall for Thursday night’s concert with the symphony as he has for 35 years. Leaving it at program’s end will mark something new, however: his last appearance as the orchestra’s director.

Heyde, 73, formally steps down as music director Thursday night after leading the organization longer than anyone else, which in this case happens to be the orchestra’s founder and Heyde’s predecessor Daniel Sternberg, who retired after 25 years.

Thursday’s program has Heyde leading the orchestra he has shaped over more than three decades in works that will show off the sonic richness of a full symphony: Humperdinck’s “Prelude to ‘Hansel and Gretel’,” Samuel Barber’s “Essay No. 2” and Boris Blacher’s “Orchestral Variations on a Theme of Paganini.”

Acclaimed pianist Jeremy Denk, the evening’s guest artist, and the symphony will close the program’s second half with Mozart’s 25th Piano Concerto.

It will be a moment that captures some of what Heyde helped create during his tenure: a high-quality regional orchestra that draws many of its players from Baylor University and Waco; an international talent in Jeremy Denk, one of several classical stars to appear with Heyde and the WSO over the years; and an audience that’s been the recipient of the conductor and symphony’s work.

Looking back on his long career with the Waco Symphony, Heyde takes pride in what it has become and the support of the musicians, WSO officials, Baylor University, community members and family that made it possible.

When the Baylor conductor-in-residence took over from WSO founder Sternberg, the symphony was largely assembled concert to concert. Players from Dallas, San Antonio, Austin, Fort Worth and Abilene would arrive in Waco the day of the concert, spend an afternoon in rehearsal, then perform that evening.

Their individual talent was high, but the group lacked the cohesion that time and playing together creates.

Heyde changed that over the years, drawing talent from the Baylor music faculty and students and Waco players, and requiring multiple rehearsals for each performance. In time, the WSO deepened its ensemble play, within sections and in the orchestra as a whole. Rehearsals provided time for polish and attention to detail. Listeners, both the audience and the visiting guest artists, noticed.

It was all deliberate and it paid off, said the veteran conductor. “I’m proudest of the growth of the orchestra,” he said in a recent interview, noting that the WSO’s quality and community backing enabled world-class performers to come to Waco. “It’s almost unheard of for a community the size of Waco to have had these artists on the stage,” he said.

His favorite guests? Many, but cellist Yo-Yo Ma and violinist Itzhak Perlman head his list. And as often as not, the quality of the orchestra and the quality of its guests created the musical magic that makes live performance irreplaceable.

He’s ready to retire as health is starting to affect the quality of his conducting, he said. “Nobody can outrun age,” Heyde noted. With former Fort Worth Symphony Orchestra conductor Miguel Harth-Bedoya taking over his Baylor orchestral direction and teaching duties this year after Heyde’s Baylor retirement last spring, and talented candidates in the wings to replace him at the WSO — more than 100 applicants for the position — Heyde is pleased at the prospect ahead.

“I’m excited about the future,” he said, noting again it took the collaboration and cooperation of dozens of others to bring the symphony to this point in its 60th season. “None of us own the orchestra. None of us own this music. We’re caretakers.”

What Heyde has meant to WSO

We asked several of those who’ve worked with Heyde over the years to comment on his legacy.

Sue Jacobson, violinist with the WSO for 25 years and concertmaster for the last seven.

“Stephen has always maintained very high expectations of the players and high standards for the preparation of each concert. He’s always been conscious of hiring the best players we can get,” she said.

Jacobson also plays with the Fort Worth Symphony Orchestra and the Temple Symphony Orchestra. Musicians around the state know about the WSO, she said. “The Waco orchestra has the reputation of being a really good regional symphony,” she said. “We’ll miss him. It’s an exciting time because of what’s ahead, but it’s also a little sad and a little stressful.”

“(Heyde) really has taken it so far over the years. There’s a steady pool (of players) year to year that has created significant stability in the group,” he said. “His rehearsals are always very systematic and very thorough.”

The result is a unified sound and an internal pressure to perform well. “We think together and we think alike. I think the orchestra is challenged to come to the rehearsals prepared.”

“He inherited a good orchestra and he took it to the next level. That’s the biggest gift. He truly left something better than he inherited,” she observed.

Under Heyde and longtime executive director Susan Taylor, now retired and for the last five years married to Heyde, Green pointed out the WSO increased the number of season concerts, started the Waco Symphony Youth Orchestra as well as a symphony chorus and chamber music series, although the latter two ended after several years.

“He made the symphony accessible and friendly and was a positive influence on visiting artists. He’s so real and down to earth,” she said.

Mark Whitney, a double bass player for the WSO for 37 years and its personnel manager since 2008.

Heyde demanded much from his players, but kept performing with the symphony an enjoyable event for them, Whitney noted.

“Musicians respect him, but they also like him. He’s really a great combination of those qualities,” he said. “He brought very high standards. I don’t think we gave a bad concert (under his direction). The atmosphere here has always been wholesome. Musicians enjoyed coming here to play.”

Harder has a soft spot in her heart for the annual children’s concert that’s a collaboration between the Waco Symphony Council and the Baylor Symphony Orchestra, a concert that Heyde helped plan and prepare for years. “I had the job of standing onstage and watching those kids (in the audience) react. He really has them in mind,” she said. “He has such a passion and a care for the audience that they get ... He’s brought the magic of music to us for 35 years.”

In some of his favorite pieces, pianist Jeremy Denk finds engaging contrasts and juxtapositions, punctuated by sublime moments or teeth-grindi…

PHOTOS — See who we spotted at Thursday's Waco Symphony Orchestra concert, where music director Stephen Heyde was honored for 35 years of lead…

Longtime Waco Symphony Orchestra music director Stephen Heyde will step down from the orchestra after 35 years and Thursday’s concert.

IN DEPTH: We asked several of those who’ve worked with Heyde over the years to comment on his legacy. Point your smartphone camera at the QR code, then tap the link.