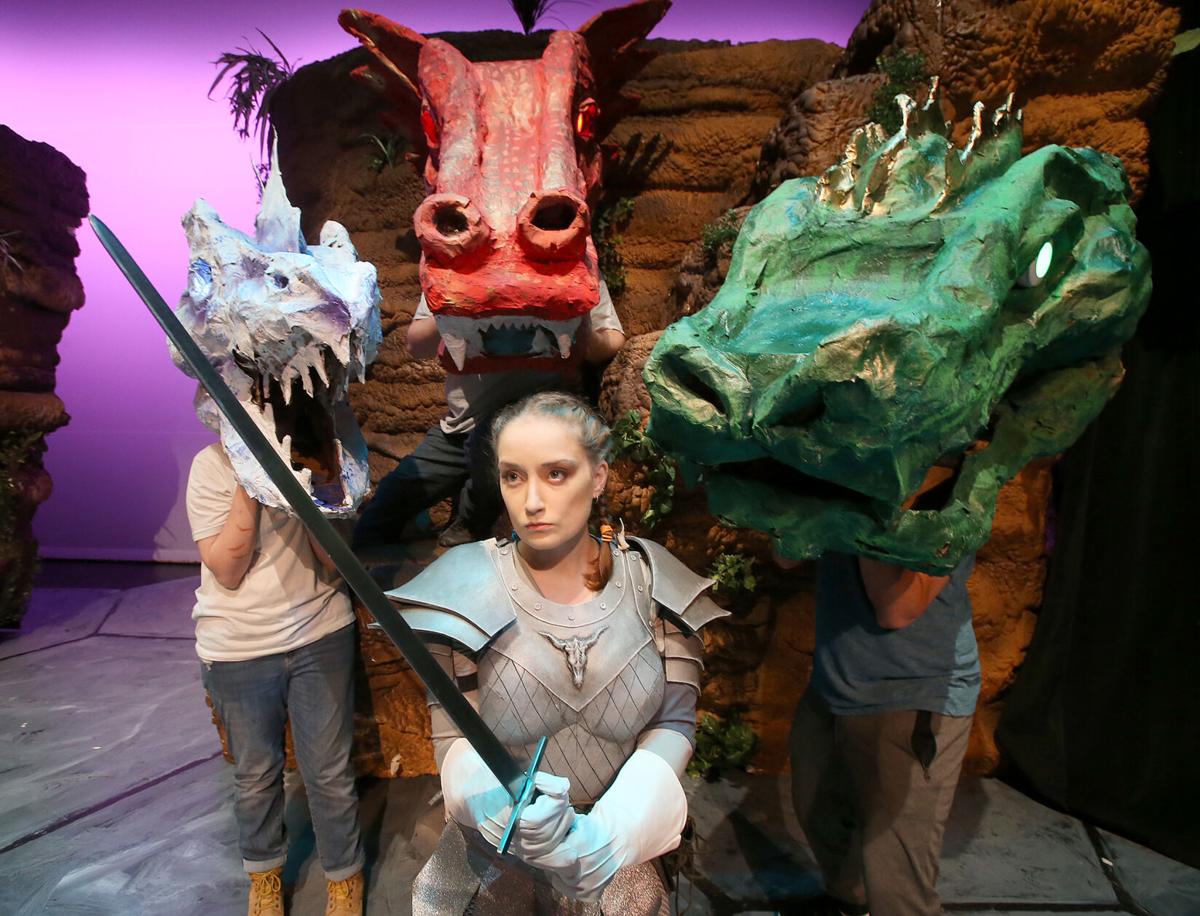 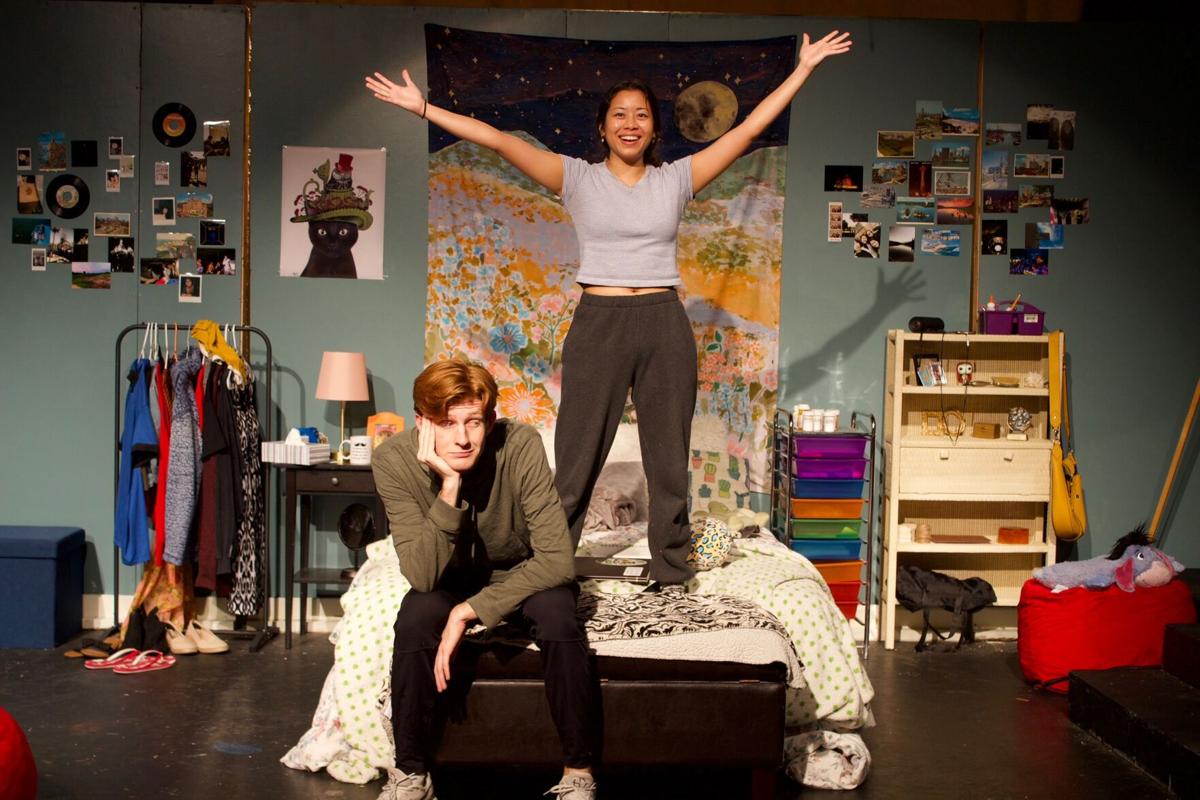 It’s more like a spring thaw this weekend on Waco stages than approaching fall with three productions offering varying mixtures of imagination, relationships, plot twists and music. After a year where most stages were quiet or distanced due to COVID-19 protocols, Waco theaters are expanding their connections with live audiences with more tickets available for sale and masking optional.

For McLennan Theatre, it’s a trip into the world of Dungeons & Dragons with the play “She Kills Monsters,” although familiarity with the well-known role-playing game isn’t essential. The 2011 Qui Nguyen play has Agnes Evans (Melissa Tergerson) exploring the world of her sister Tilly (Kaitlin Riley) after a car accident kills Tilly and their parents. In trying to learn more about a sister she didn’t know well, Agnes finds answers in unraveling Tilly’s time and adventures spent playing Dungeons & Dragons.

As she progresses in the game, encountering online personas of Tilly’s real life friends and acquaintances, Agnes sees a secret side to her sister. “It’s a story about siblings who never connected,” said director Kelly Parker. “It’s about really seeing someone else for the person they are.”

The McLennan Theatre production features a cast of 20, who play both people and monsters, the latter elaborately outfitted by costume designer Kathleen Lundy, a cosplay fan, and her students. The company size, indoor stage and extended costuming represents a return of sorts to the theater’s regular operations after last year’s COVID-19-altered season.

Time also has changed how “She Kills Monsters” plays, Parker noted. The show’s D&D dimension and LGTBQ characters ruffled some feathers when it was performed in educational and more religiously conservative settings a decade ago. Audiences now are more accepting and with many relationships now affected by COVID-19 losses and distancing, the play’s look at sibling relationships after death has a deeper emotional impact. “We’re seeing the world in a different way,” Parker noted.

After the Waco Drama Troupe debuted in June with its production of “A Streetcar Named Desire,” the newly formed theater company returns with a second, smaller production and a new name, Silent House Theatre Company.

Collin Selman, who co-founded the company with Bradyn Braziel, said the name captures some of what the group wants in its future: the experience at play’s end where an audience goes quiet to process what it’s just seen, and the company’s intent to include Waco’s deaf community in its audiences and actors. The latter aspect comes from another company founder and actor Alex Blanton, he added. Silent House also will offer individual acting lessons.

Selman shifts from actor and co-director to director for Silent House’s second production, the two-person play “I and You,” written by Laura Gunderson. The two in “I and You” are high school students Caroline (Ashley-Kate Sanchez) and Anthony (Jack Counseller), who meet at her house for a study project on American poet Walt Whitman.

She’s homebound due to a liver disease that may kill her in months unless she can get a transplant. He’s an athlete and healthy, but with other issues that surface in the course of their conversation. She’s a bit sarcastic and likes photography; he’s more into music and sports. Not much connects them outside of this common class assignment.

It might seem like Hallmark Channel territory for young people, although one with smart dialogue, until a major plot twist that flips much of what has happened before on its side and, perhaps, leaves the audience in silence.

The Silent House will stage its performances at the Jubilee Theatre, with its next production, Craig Lucas’ “Reckless,” planned for December.

The musical theater students in Baylor University’s theater department take on Stephen Sondheim this weekend with a two-performance concert version of his Broadway musical “Sunday in the Park with George.”

It’s a major change of pace for the CaBEARet, an annual revue that raises money for the Leta Horan and Jerry MacLauchlin endowed scholarship for musical theater students. Musical theater instructor Lauren Weber and her colleagues Melissa Johnson and Guilherme Almeida decided to move to a concert presentation of the musical this fall with the department’s scheduling of the musical “Footloose” for the spring.

The concert version, performed by the 24 students in the musical theater concentration, won’t have sets or staging although there are projections and lighting effects, with accompaniment from two pianos and a tympani onstage. The Sondheim musical, with book by James Lapine, concerns artist Georges Seurat (Jarrod Wells and Sam Acey) and his mistress Dot (Mackenzie Nelson and Kaitlyn Bailey) as Seurat prepares his most famous painting, “A Sunday Afternoon on the Island of La Grande Jatte.”

The story also flashes forward from 1884 Paris to 1984 New York as a contemporary artist struggles with similar issues of creativity and realization.

“Sunday in the Park with George,” CaBEARet, 7:30 p.m. Saturday and 2 p.m. Sunday, Baylor University’s Hooper-Schaefer Fine Arts Center. Tickets are a suggested donation of $20, $10 for students, and available at the door.

Celebs dressed to the nines to attend Fashion Awards in London

Mirrors aren’t part of the stage design for McLennan Theatre’s “Passage,” but audience members shouldn’t be surprised if they see themselves i…