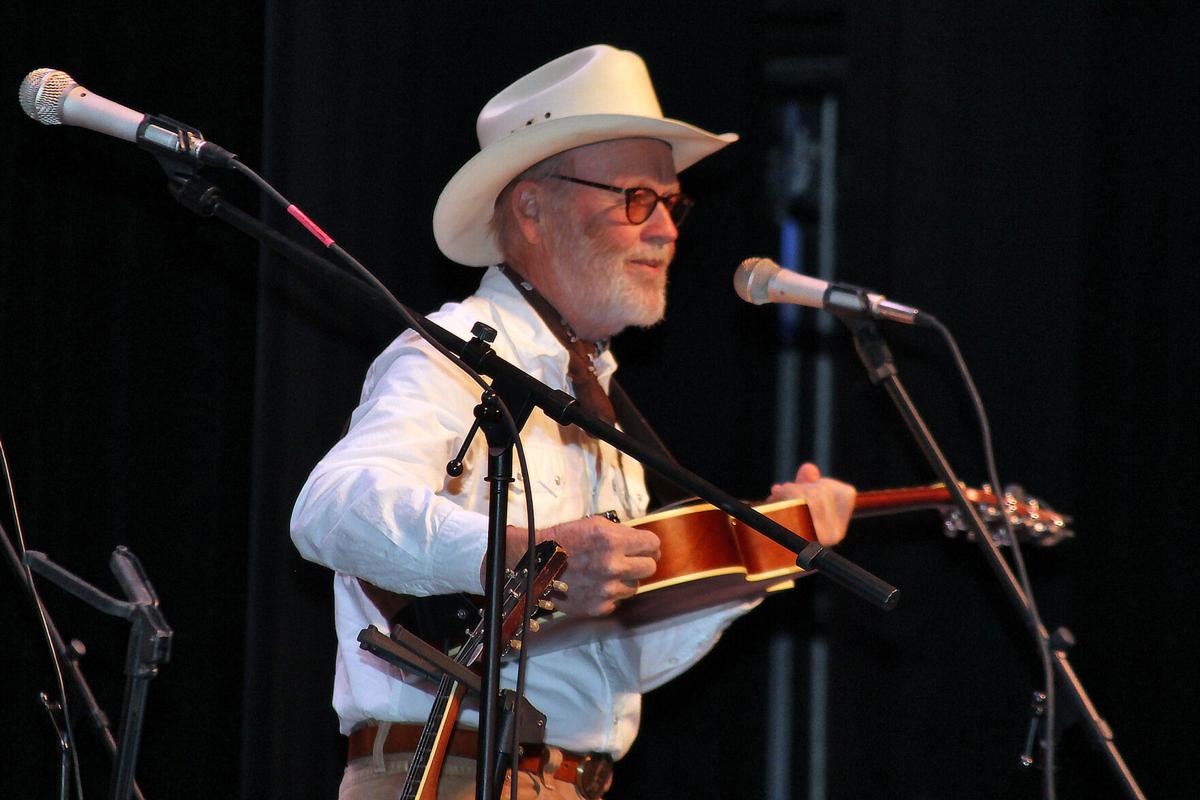 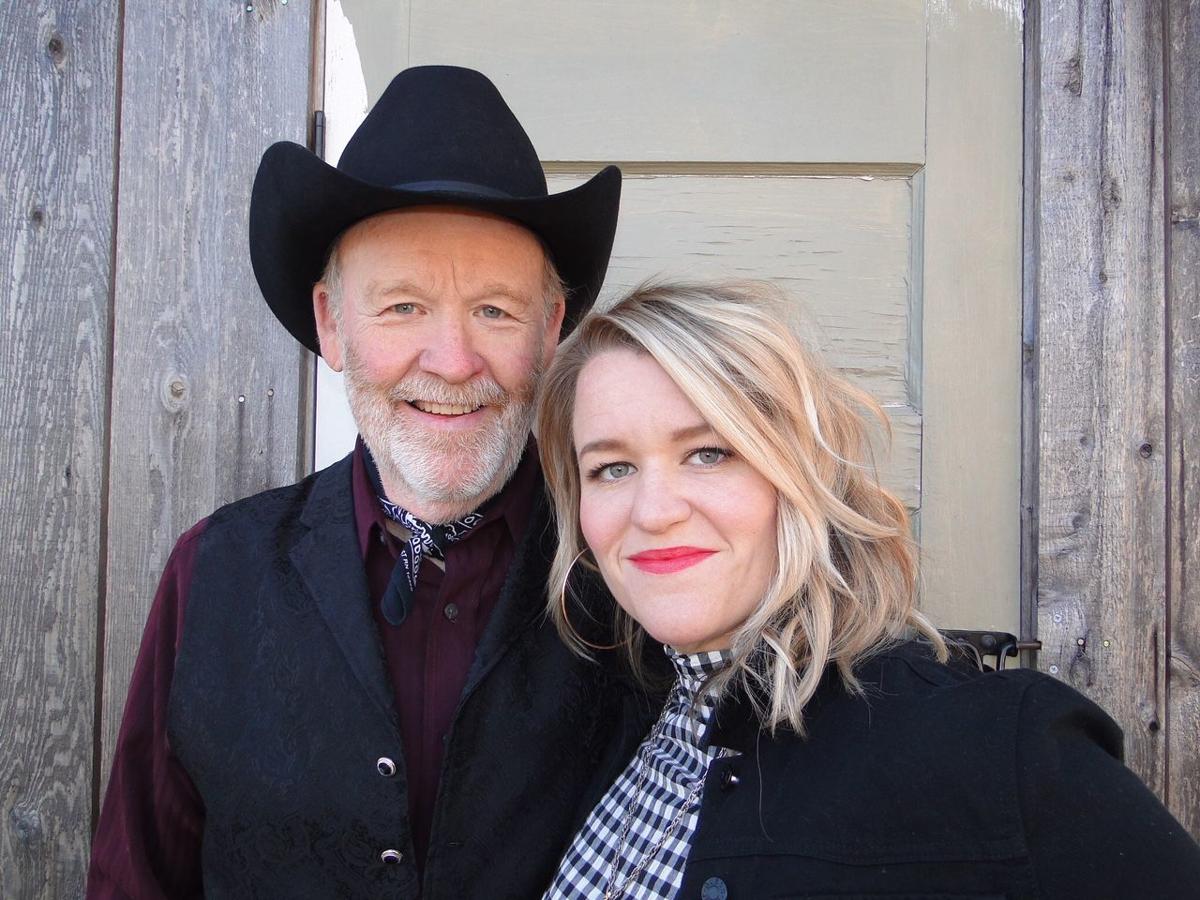 In retirement, Dick Gimble is still performing, often with his accomplished daughter Emily, and aims to use his free time to write and record his own music.

Gimble, 71, retired from MCC on Dec. 7, closing a chapter on a story that began in the summer of 1981 when music instructor Bill Haskett persuaded the Austin bass player to join the faculty of the college’s new Commercial Music program.

Gimble said a combination of teaching last spring during the COVID-19 pandemic and his own health issues led him to submit his resignation last month, a quiet decision with no public announcement or formal reception (yet) due to an avoidance of public gatherings.

As much as he relishes teaching, his experience in shifting that instruction to an online format last March due to COVID-19 concerns left a bad taste in his mouth. “It was the worst three months of teaching music I’ve had,” he said.

Gimble said he also had small blackout episodes in spring and summer that led him to take a family medical leave in the fall for continuing diagnosis and recovery. The combination of health and hybrid instruction led him to consider the time was right to retire, he said.

While Gimble shut down his home recording studio Running Bird Studio about three years ago, he aims to use his free time now to write and record his music, rather than others’. He still performs, often with his daughter Emily, a notable Austin keyboardist and singer, and plans to continue that. “I haven’t written a song and finished it in about 10 years,” he said, adding, “The Lord will bring me something to do.”

The son of famed Texas fiddler Johnny Gimble, the younger Gimble created a considerable reputation of his own during his years in Waco, both for his work at MCC and his public performances as a bassist in western swing and jazz ensembles, several of which, years ago, included his father, Waco guitarist Kenny Frazier and daughter Emily.

Although he lived periodically in Waco while growing up, graduating from Midway High School, Gimble was putting down roots in Austin in the 1970s. A motorcycle accident forced him to quit jazz studies as a bass player at the University of Texas — though he noted that accident fortuitously made him medically ineligible for the draft — and he had tried his hand as a Nashville musician.

He began teaching guitar as a part-time job while in Nashville, his first exposure to working with students, but after playing jazz and western swing music found life as a bass player in Nashville at that time somewhat boring.

Gimble and his young wife Marilynn moved back to Austin to start his music career, one that shifted in 1981 to Waco, raising a family and teaching with Haskett’s offer, despite Willie Nelson’s advice at the time. Gimble was watching a recording session with Nelson and the senior Gimble, Dick said, when Nelson commented during a break, “When I get too old to have a good time, I’ll move back to Waco.”

The music industry has changed considerably since that time, reflected, Gimble noted, in a greater student interest in recording and studio production classes than instrumental performance ones.

Colleagues have divided up his classes this spring and say no one can fully replace Dick Gimble and his contributions to the Music Industry Careers program. “We don’t have a plan to fill the position at this time so we’ll be absorbing it. We didn’t have time to run a search,” explained Lise Uhl, MCC visual and performing arts chairperson. Such a search would have a tough time finding someone matching the blend of talent and experience she saw in him. “What he brought (to MCC) was his vast knowledge of the music business, his connections, his knowledge of performing and teaching students how to promote themselves,” she said.

But some of what Gimble provided is hard to quantify, she added. “Truthfully, he’s one of those people who make you a better person,” she said.

Gimble brought not only years of professional experience to his teaching, but a genuine personal concern for his students, Kutz observed. “As a person, he’s one of the warmest persons you’ll ever meet. You’d think he was a pastor or some sort of social worker. He saved many a student, taking some into his home or finding the resources they needed to continue on. ... A lot of our students lack parental support and Dick was one of those who’d provide it.”

The 5 best Netflix originals coming out in March

The 5 best Netflix originals coming out in March

Two chairs turned Tuesday night for Aaron Konzelman on NBC's "The Voice" and the Waco musician now is on Team Blake.

Last week, the United States passed the half-million mark of COVID-19 deaths, a figure hard to wrap one’s mind around, much less mourn it. Hal…

Bunny Wailer, a reggae luminary who was the last surviving member of the legendary group The Wailers, died Tuesday in his native Jamaica. He was 73.

POSTPONED: Halston to bring Sinatra songs back to Hippodrome

UPDATE: This concert has been rescheduled for March, according to the Hippodrome. A new date is TBA.

Award-winning singer Stevie Wonder told Oprah Winfrey in an interview he is moving to Ghana, citing the political turmoil in the United States.

In retirement, Dick Gimble is still performing, often with his accomplished daughter Emily, and aims to use his free time to write and record his own music.