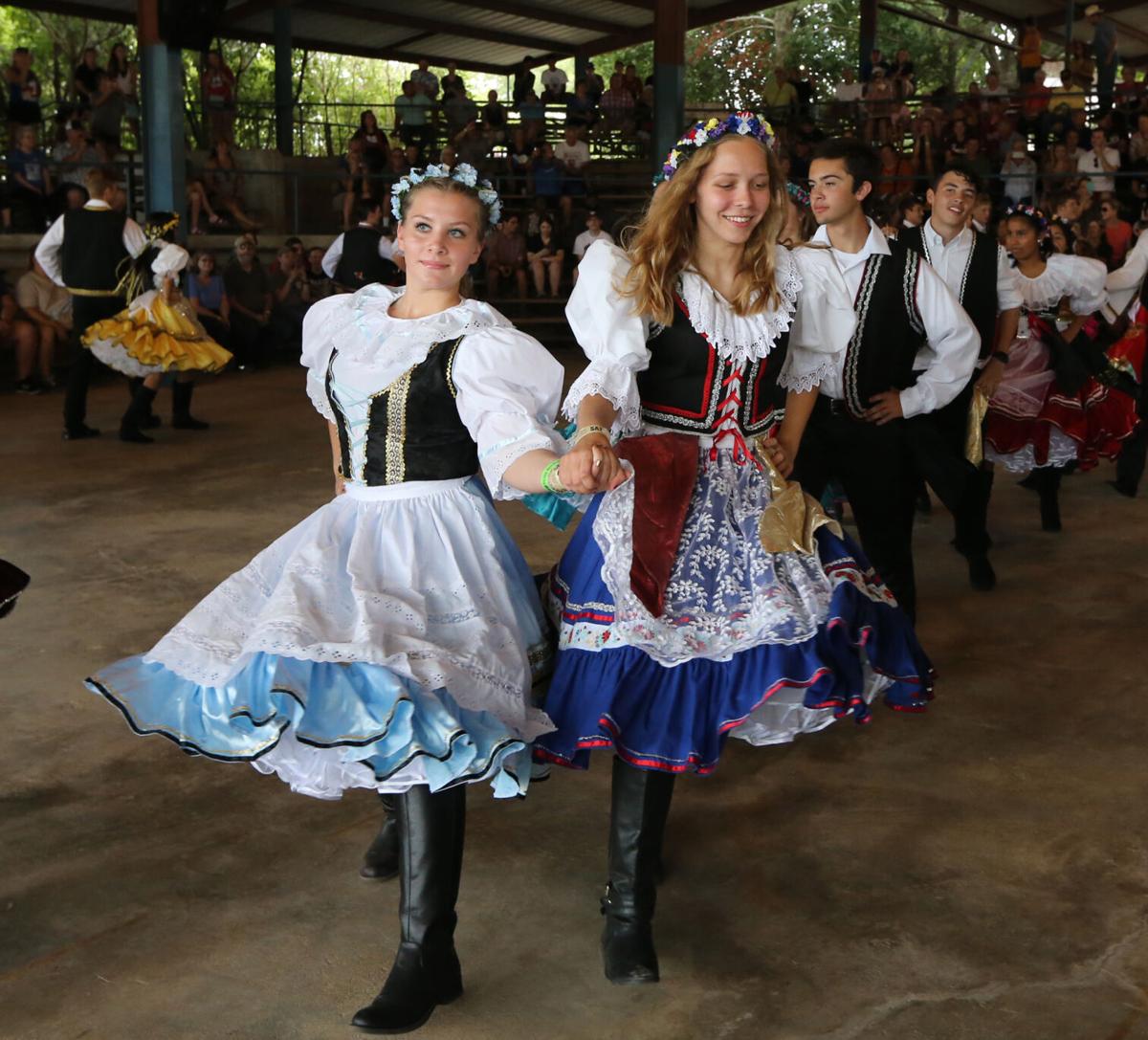 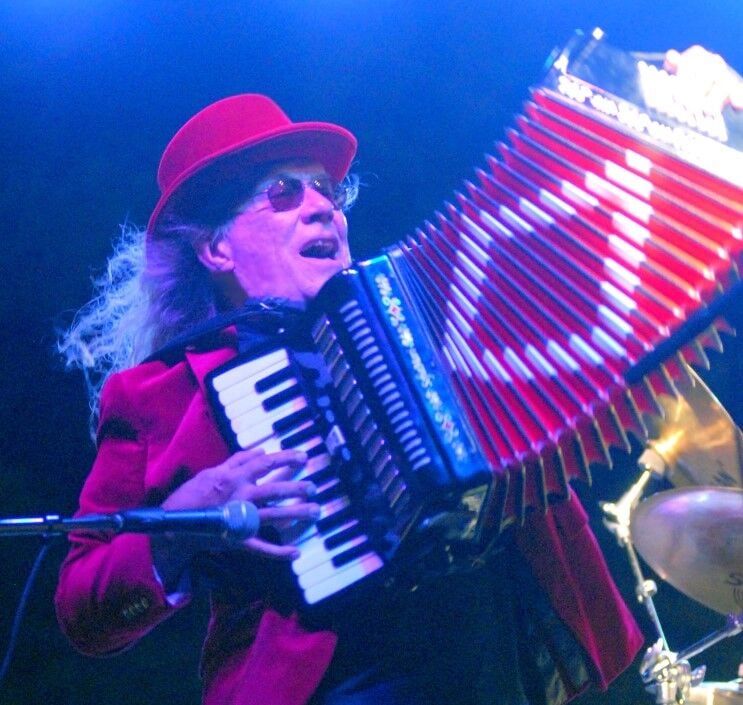 Carl Finch of Denton world music band Brave Combo performs with his band on Saturday and Sunday at Westfest. 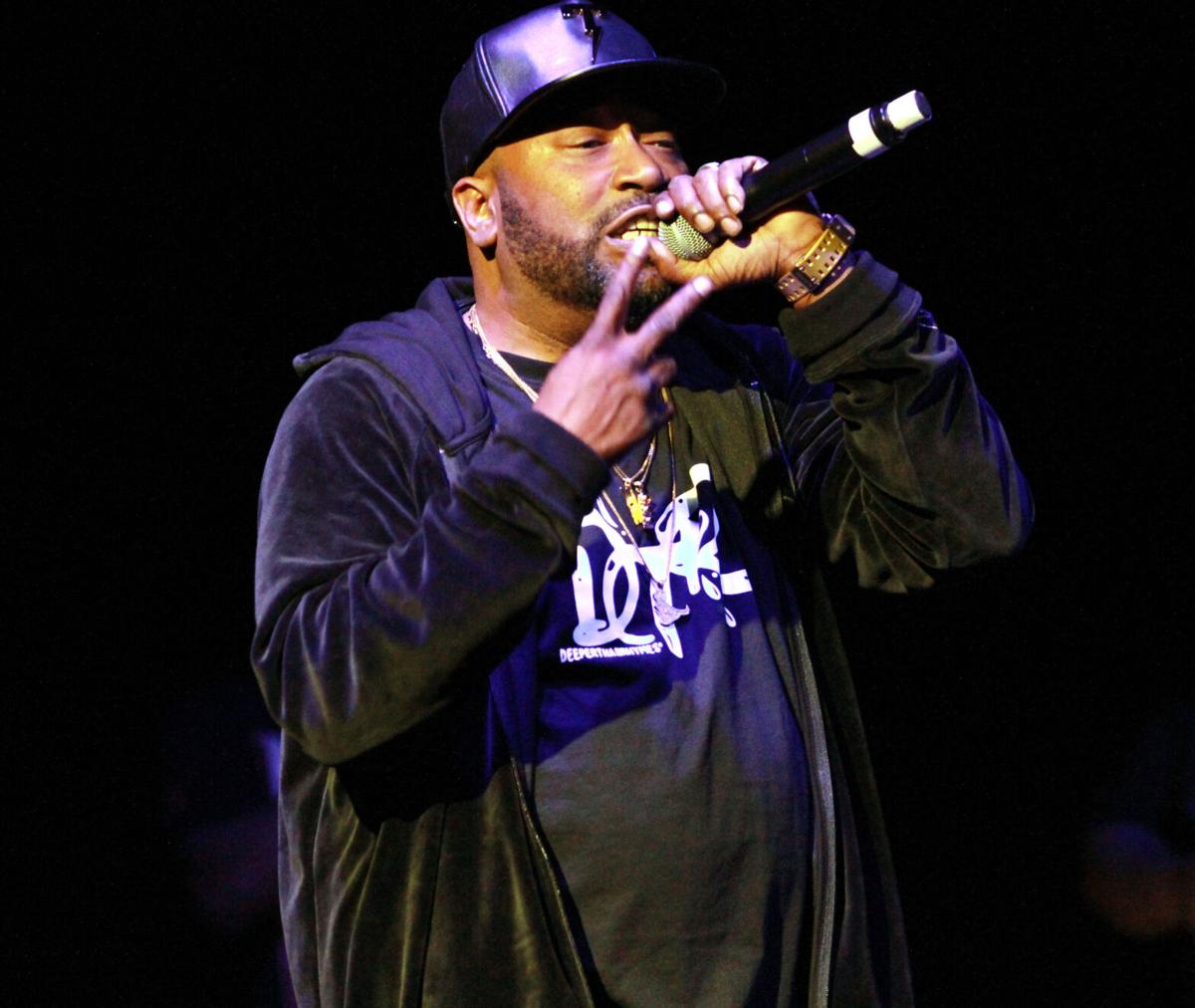 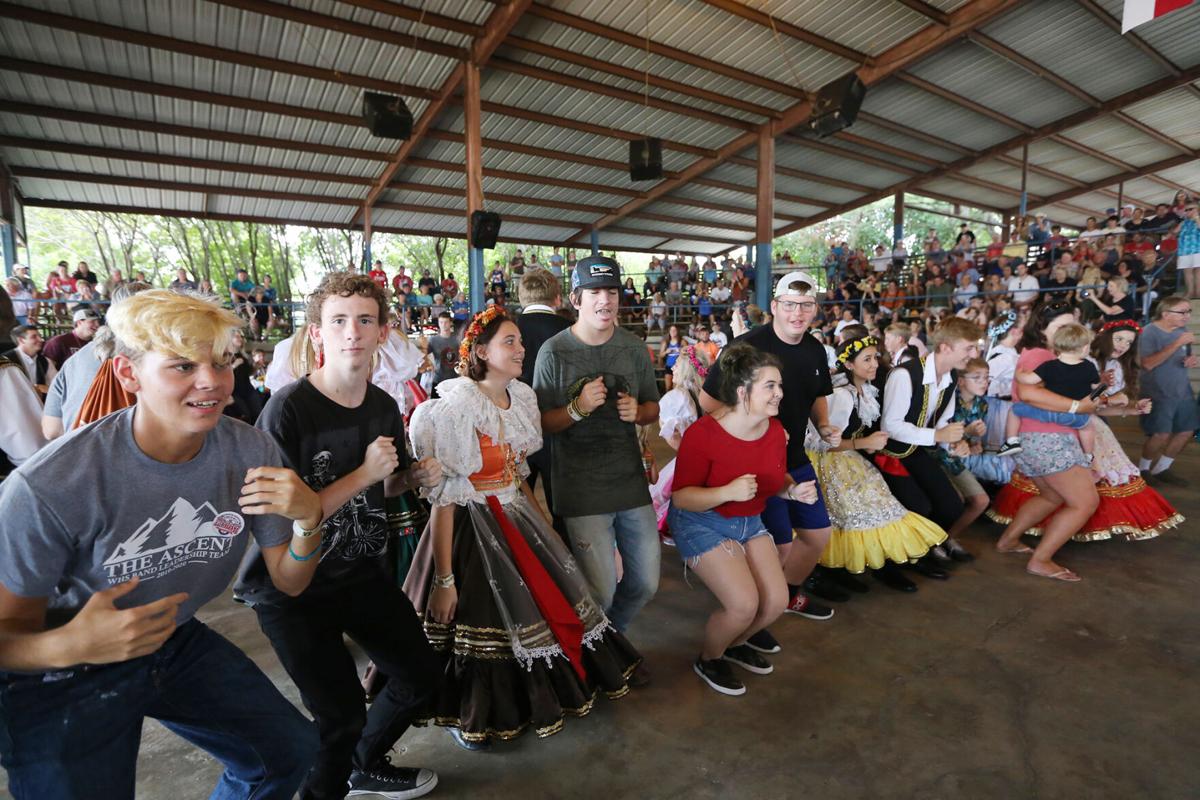 Westfest partiers go through the motions of the popular Chicken Dance.

It’s Labor Day déjà vu this weekend with the return of two annual events, West’s Westfest and Belton’s Central Texas State Fair, after COVID-19 cancellations last year, plus the addition of a rap concert and a craft beer festival to the holiday weekend activities.

Even as McLennan County tops its previous high of COVID-19 hospitalizations this week, event organizers are going forward, with voluntary masking, space for social distancing and voluntary vaccinations the major precautions urged to slow community spread of the now-dominant delta variant of the coronavirus.

The gates open Friday for three days of Westfest, West’s annual celebration of Czech culture and heritage. Last year’s cancellation was the first in 44 years for the annual festival, which drew an average of 20,000 weekend attendees before the pandemic. Past Westfests had carried on through heat waves, heavy rains and a 2013 fertilizer plant explosion that killed 15 and damaged the city only five months earlier.

Organizers anticipate a smaller crowd this year, although the festival’s familiar components are largely intact, from polka music and dancing to Czech food and beer, folk dancing groups, carnival rides, arts and crafts, contests, and more.

Brian Muska, Westfest board vice president for media, said concerns about COVID-19 and travel also had reduced the number of out-of-town folk dancing groups that normally participate each year. This year’s Cultural Tent schedule bears that out with folk dancers largely concentrated on Saturday rather than the usual full two-day lineup.

Beer drinkers accustomed to bringing mugs for multiple refills will find a change in policy this year with beer now served in individual, disposable cups or cans, Muska said. Sanitation stations with hand sanitizer will be located throughout the Westfest grounds as well. Muska noted that the West Fair and Rodeo Grounds on which Westfest is held offer plenty of space for social distancing with live music and dancing primarily held under open-sided tents and pavilions.

Country music opens the weekend at Friday’s Preview Party from 5:30 p.m. to 12:30 a.m. with Randall King closing the evening after music from Oliver Penn and the Huser Brothers. Friday also features the crowning of Miss Westfest.

The festival’s traditional parade travels from downtown to the Westfest grounds beginning at 10 a.m. Saturday. Sunday will feature the Kolache 5K run at 8 a.m., a Polka Mass at 10 a.m. and a kolache eating contest at noon.

Also new this weekend is a Beer on the Brazos Festival from noon to 9 p.m. Saturday at Brazos Park East. The festival features craft beers from 15 breweries, wineries and distilleries across the state, including Waco’s Southern Roots Brewing Company, Brotherwell Brewing, Bare Arms Brewing, Waco Ale Company and Balcones Distillery.

When, where: 6 p.m. Sunday at Waco Convention Center, 100 Washington Ave.

Beer on the Brazos

When, where: Noon to 9 p.m. Saturday at Brazos Park East.

Steve Wariner returns: "I've always enjoyed playing in Waco. They don't care about the trends and they always think I'm from Texas."

VMAs 2021: The full list of winners and top pics from the award show

Country star Reba McEntire expressed gratitude after she had to be rescued from a historic building in Oklahoma after the staircase collapsed.

After a socially-distant show filmed from different locations in New York last year, the 2021 MTV VMAs will air Sunday, live from the Barclays Center in Brooklyn. Here's what to expect.

After more than a year where the sound of silence outweighed any symphonic ones, the Waco Symphony Orchestra aims to get back into a familiar …

Carl Finch of Denton world music band Brave Combo performs with his band on Saturday and Sunday at Westfest.

Westfest partiers go through the motions of the popular Chicken Dance.