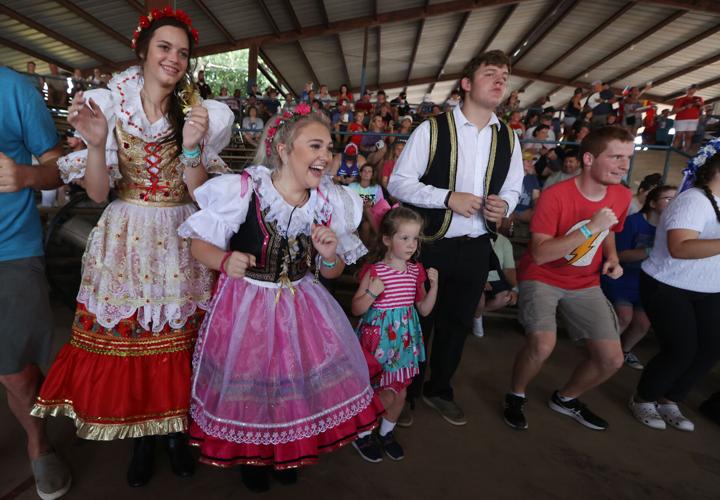 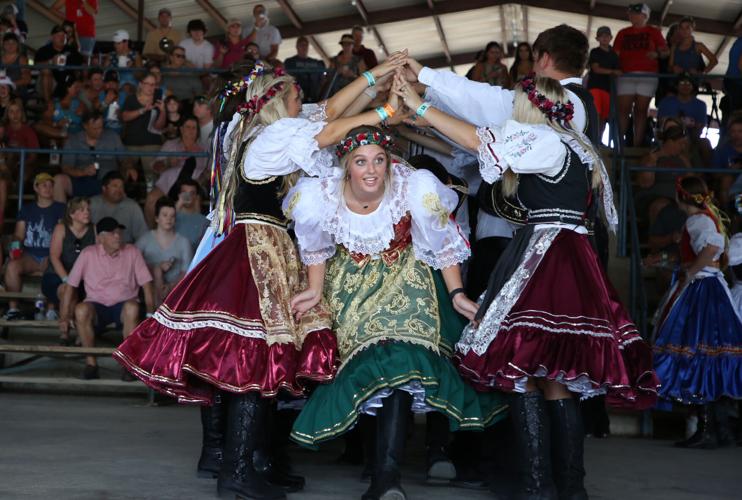 This year's Westfest will feature folk dancing demonstrations on Saturday.

The Central Texas State Fair has some of Texas country’s most popular stars capping the evenings of the fair, with Kevin Fowler, the Eli Young Band and Flatland Cavalry on the lineup.

And Homestead Village’s Sorghum Festival presents its annual mix of craft and agricultural demonstrations on Monday, with the major change a forecasted break in the weather from the blistering heat of past Labor Day weekends in Central Texas.

Westfest organizers hope to build on the turnout from last year’s event, the first after a 2020 shutdown, increasing the number of carnival rides and adding a Carnival Sneak Peek night on Thursday.

“We had a pretty good bounce-back last year, maybe about 15% to 20% less than usual,” noted Brian Muska, board vice president for media. With less than oven-like heat forecast for the weekend, he’s optimistic that this year’s festival will see a turnout closer to pre-pandemic norms of 15,000 to 20,000 attendees. “It’s not going to be dusty. It’s not going to be hot,” he said.

The Westfest parade formally kicks off the festival at 10 a.m. Saturday, proceeding from downtown West to the fairgrounds.

Food and refreshment options will be grouped in a single area, much like a food court, Muska said. New food additions include Fletcher’s Corn Dogs, a State Fair of Texas staple, and carnival offerings joining Czech favorites such as sausage, beer-bread sandwiches and kolaches. Those are added to the festival’s usual culture-crossing mix of street tacos, carnitas, pierogies, gorditas, pizza and hamburgers.

Brewery and hotel Pivovar Waco will provide two special beers drawn from Czech recipes and brewed for the weekend celebration.

Live music bookends the weekend fest, with Friday’s Preview Night featuring headliner Casey Donahew at 10 p.m., with openers William Beckmann and Taylor Branch and the Lone Star Rambers beginning after the naming of Miss Westfest at 7:30 p.m. Veteran Texas singer-songwriter Ray Wylie Hubbard will close out the festival at 10 p.m. at the Shutdown Party on Sunday night, with Tejano musician Sunny Sauceda opening for him at 8 p.m.

As was the case last year, folk dancing and gymnastic demonstrations will take place only on Saturday, from 2 to 5:30 p.m. at the Sefcik Amphitheater. Sunday Westfest activities include the Kolache 5K run at 8 a.m., a polka mass at 10 a.m. and a kolache eating contest at noon.

Concerts will highlight the fair’s evenings at 9:45 p.m. with the Eli Young Band on Thursday, Kevin Fowler on Friday and Flatland Cavalry on Saturday. Austin-based Charlie Crockett, performing in support of his album “The Man From Waco,” closes out the fair on Sunday night.

Fair hours are 5-11 p.m. Thursday, 5 p.m.-midnight Friday, noon-midnight Saturday and Sunday. Admission is $15, free for children 12 and younger, with bull riding tickets priced at $30 for reserved seats, $20 for general admission and children’s seats $20 and $15.

"He's the missing link in the lineage of jazz guitar" — A Thursday event in Waco unearths Snoozer Quinn, an obscure Louisiana musician with a distinctive fingerpicking approach.

The Waco Symphony Orchestra opens its 60th season next Thursday with a concert that hits multiple sweet spots, including its latest guest virtuoso performing a Dvořák concerto "full of surprises."

A centuries-old flute once owned by President James Madison was lent to Lizzo by the Library of Congress for her concert in Washington, D.C.

Performers on Waco stages this weekend will trigger memories for some and create new ones, too, with ’90s hip-hop/rap stars, a country veteran and a young Red Dirt band.

Wynonna Judd can feel her late mother Naomi 'nudging' her

In her first interview since her mother Naomi Judd died by suicide in April, Wynonna Judd is reflecting on trying to move on without her.

Sanders launched his career playing alongside John Coltrane in the 1960s.

Shakira to stand trial on tax rraud charges in Spain

This year's Westfest will feature folk dancing demonstrations on Saturday.