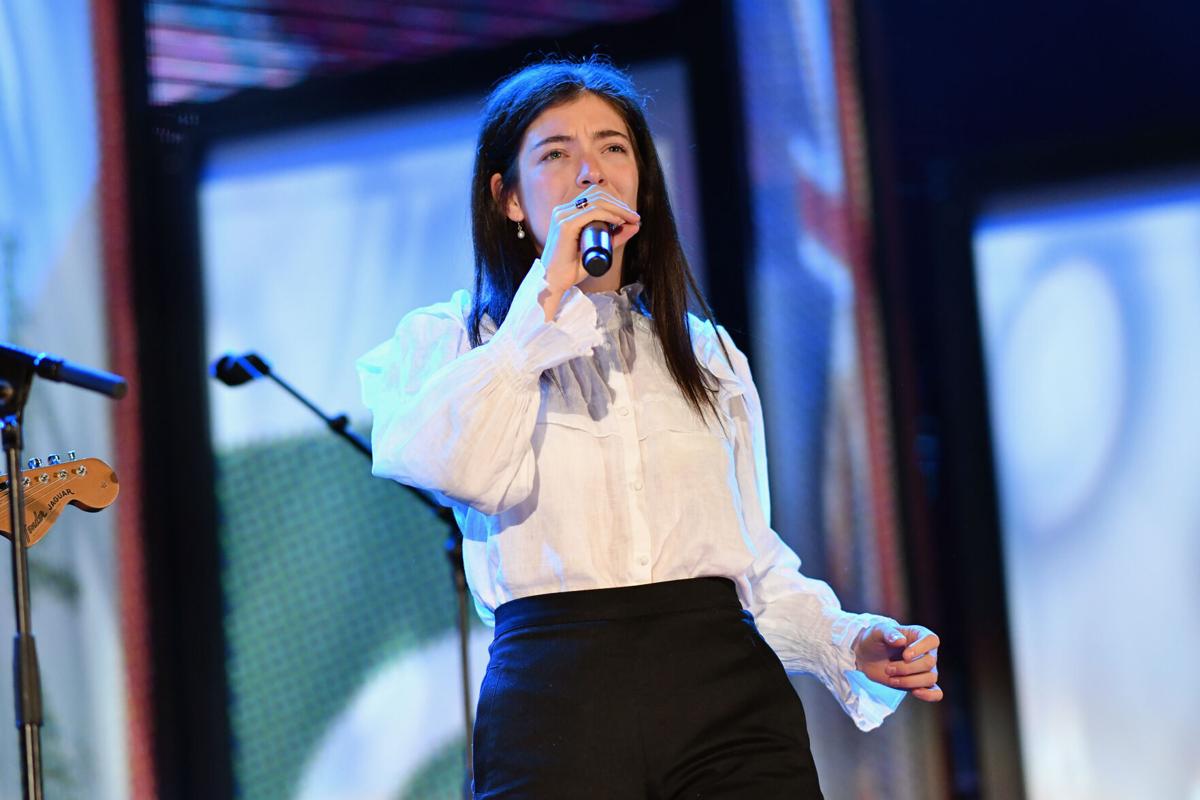 Lorde performs during the You Are Us/Aroha Nui Concert at Christchurch Stadium on April 17, 2019, in Christchurch, New Zealand. (Kai Schwoerer/Getty Images/TNS) 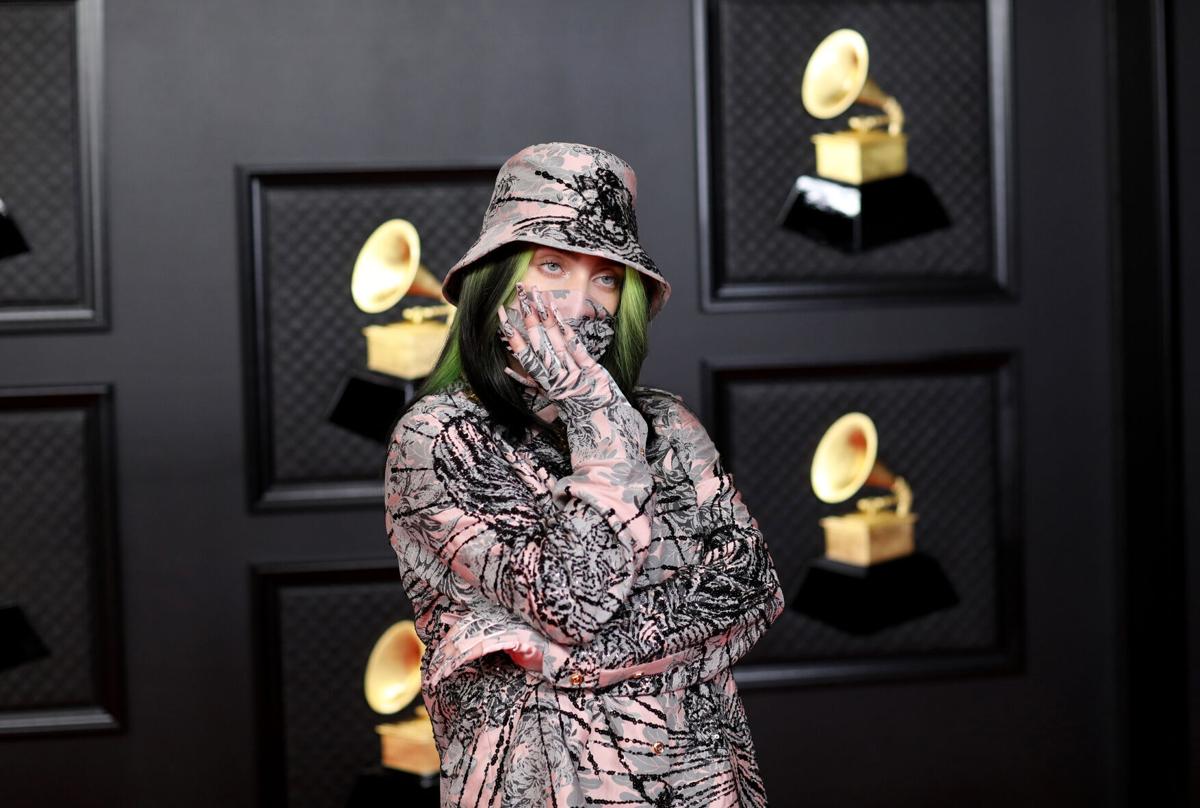 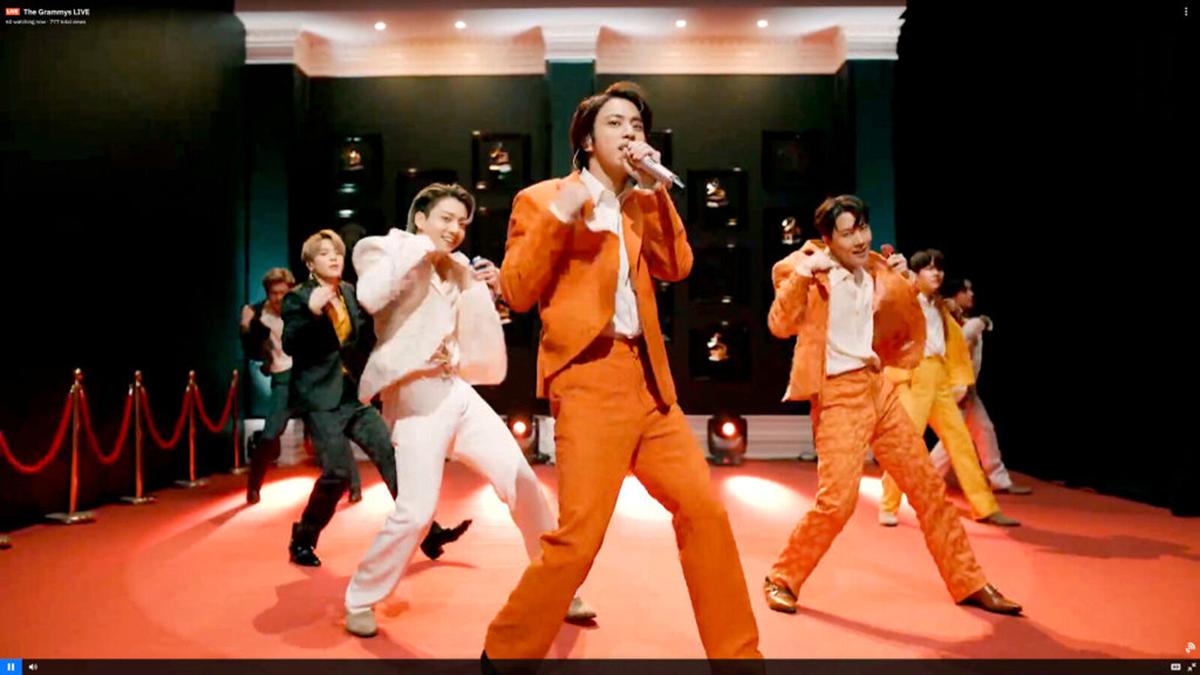 From left: In this screengrab released on March 14, RM, Jimin, Jungkook, Jin, J-Hope, Suga and V of BTS perform onstage during the 63rd Annual Grammy Awards broadcast on March 14, 2021. (Theo Wargo/Getty Images for The Recording Academy/TNS)

We don't get to choose the Song of the Summer. It chooses us.

It's the definitive song of the summer airwaves, the one that you hear blasting out of passing cars, on street corners, and this summer, from collective gatherings, which are returning after the pandemic put a damper on 2020's summer parties.

Last year, that definitive summer song wasn't so definitive. It was either The Weeknd's omnipresent earworm "Blinding Lights," which continued to reign throughout the fall and winter months, and only recently started to recede; Taylor Swift's "Cardigan," an appropriately intimate anthem for a year when everything turned inward; or Fleetwood Mac's 40-plus-year-old "Dreams," which enjoyed an unexpected resurgence thanks to a popular TikTok video, which shows just how unpredictable the Song of the Summer race can truly be.

As long as another song from yesteryear doesn't crash the boards and make a run for summer supremacy (Cyndi Lauper's "All Through the Night," anybody?), here are 10 contemporary candidates for Song of the Summer, 2021 edition.

10 contemporary candidates for Song of the Summer, 2021 edition

It doesn't matter what the calendar says; Lorde says it's summer, so it's summer. The New Zealand mood-pop sensation returned last week with this light, airy, upbeat celebration of the sun, which nods to A Tribe Called Quest ("can I kick it? Yeah, I can!" Lorde says, sounding, gulp, happy) and is genetically engineered by producer Jack Antonoff to get the summer party rolling. You have no choice but to submit.

The latest smash from the worldwide K-pop sensations is a smooth, fun, melty summer dance track that nuzzles right up to its fan base — it's never a bad idea to shout out your fans, in this case the BTS Army, in song — and which happens to go great with a certain limited-time-only value meal at McDonalds.

Can an entire album be the Song of the Summer? Teen-pop sensation Olivia Rodrigo is making a pretty good argument for the case, with her full debut album "Sour" blanketing the charts since its release last month. This punk-pop kiss-off is the current favorite to rule the airwaves — we still need justice for "deja vu," the overlooked middle child between this and "driver's license," but that's another story — which is part of a popular resurgence of guitars (remember those things?) which also includes recent hits by MGK and Willow Smith. Progress!

Bruno Mars doesn't miss. So in teaming with multi-hyphenate performer Anderson .Paak — this is the first offering off the duo's upcoming debut album, "An Evening with Silk Sonic" — he's created a timeless-sounding, retro-R&B love jam that is crafted with care and precision and actually sounds romantic, a quality missing from so many of today's wham-bam odes to hooking up. Here's to hoping the album fully carries on that vibe.

Slamming a loser boyfriend (“I know you think you're such an outlaw," Eilish whisper-sings, "but you got no job"), the 19-year-old (she turns 20 in December!) returns with her most rubbery single since "Bad Guy." One potential roadblock in its path to airwaves dominance, however, is that without it's accompanying girls-night-in video — which finds Eilish and a group of pals dancing, eating potato chips, drinking Faygo and generally having the best time — the song loses a bit of its punch.

With a chorus that borrows its chord progression from Olivia Newton John's former No. 1 knockout "Physical" — songwriters Stephen Kipner and Terry Shaddick are credited on the song — this playful ode to making out features a shimmering disco-lite beat and a bassline that grooves for days and begs for repeat listens. (Warning: explicit lyrics.)

With its hand claps, nostalgic disco feels and nimble contribution from chart-topper DaBaby, "Levitating" is the mirror ball spinning, roller rink anthem that makes you want to glide across the hardwood and spin in circles. It's current and a throwback all at once, the encapsulation of Dua's current "Future Nostalgia" era.

If it's up, then it's up, then it's up, then it's stuck — in your head. Say what you will about Cardi B, but she knows how to make hits that breathe their own air and make their own space in the culture, and she's got no problem releasing them one at a time (see last summer's "WAP"), album cycles be damned. "Up" is catchy, colorful and motivational, and works just as well in the background at a summer cookout (depending on who's around, you may want to opt for the clean version) or at the gym. (Explicit lyrics, to say the least.)

Masked Wolf, "Astronaut in the Ocean"

Australian rapper Masked Wolf's recent Top 10 hit has been hanging around since 2019 but got a recent bump from TikTok, as its opening — which goes silent before Wolf's first line and a hard-hitting beat drop — make it perfect for the video platform. It's the rare song that peaks at the very beginning, which makes it ideal to cross-fade into mixes; you don't need to hear the whole thing to get the full effect.

Is it summer 2021 or summer 1988? Pop-rock survivor Mayer channels Bruce Hornsby on this synth-heavy light-rock throwback, which seems custom built for cracking a cold one after mowing the lawn or taking the dog for a walk. We can't all be late night partyers or cutting edge cool kids, and "Last Train Home" is the sound of enjoying the sunshine at your own leisurely pace. If uncool is the new cool, Mayer's got the summer on lock.

Queen Elizabeth II Zoomed with Prince George on his birthday

Jordan Peele has revealed the title of his next project

Jordan Peele has revealed the title of his next project

Country Star Luke Combs Paid For The Funerals Of 3 Men

Country Star Luke Combs Paid For The Funerals Of 3 Men

Billie Eilish addresses video of herself 'mouthing a racist slur'

'Bad Guy' hitmaker Billie Eilish has responded to an old video of herself mouthing a racist slur.

Lorde performs during the You Are Us/Aroha Nui Concert at Christchurch Stadium on April 17, 2019, in Christchurch, New Zealand. (Kai Schwoerer/Getty Images/TNS)

From left: In this screengrab released on March 14, RM, Jimin, Jungkook, Jin, J-Hope, Suga and V of BTS perform onstage during the 63rd Annual Grammy Awards broadcast on March 14, 2021. (Theo Wargo/Getty Images for The Recording Academy/TNS)