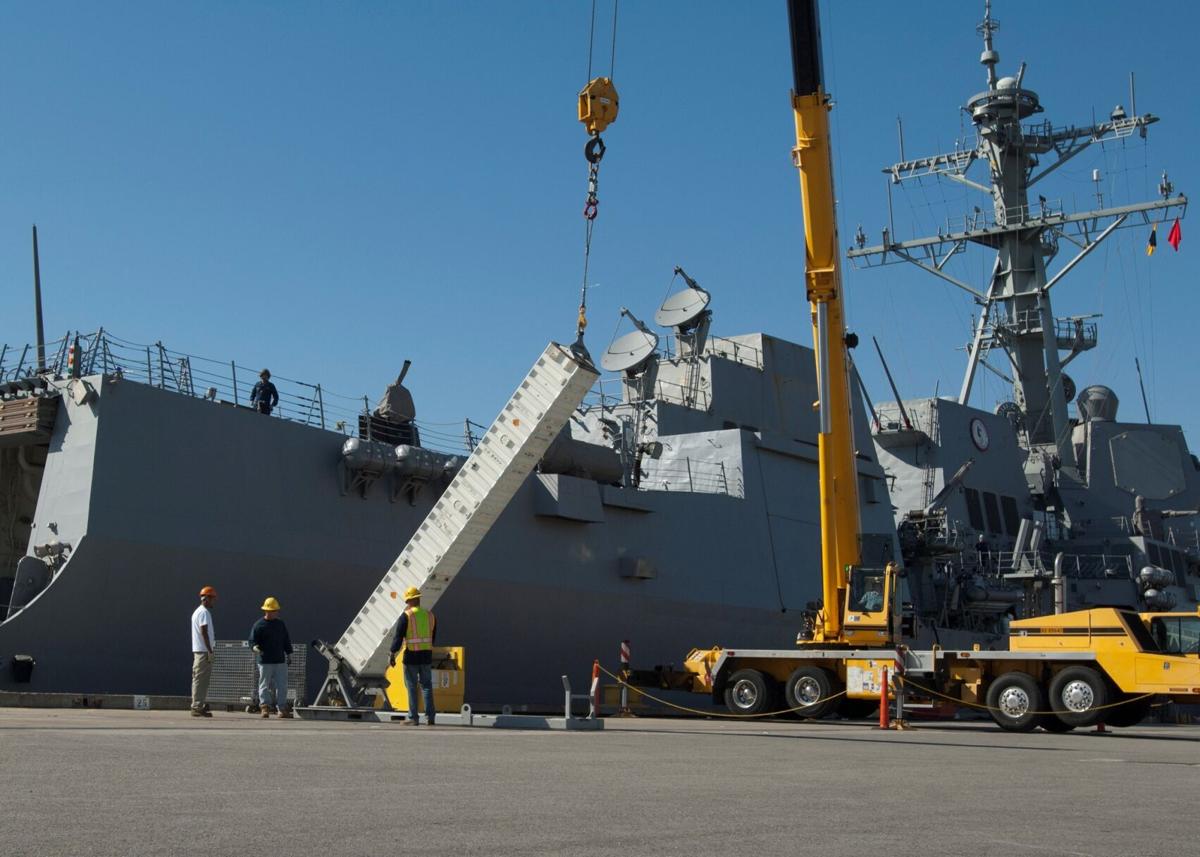 A vertical launching system canister is loaded onto a U.S. Navy ship. As the Navy begins a massive shipbuilding program, it has also cut funding up to 70 percent for its internal auditing department. 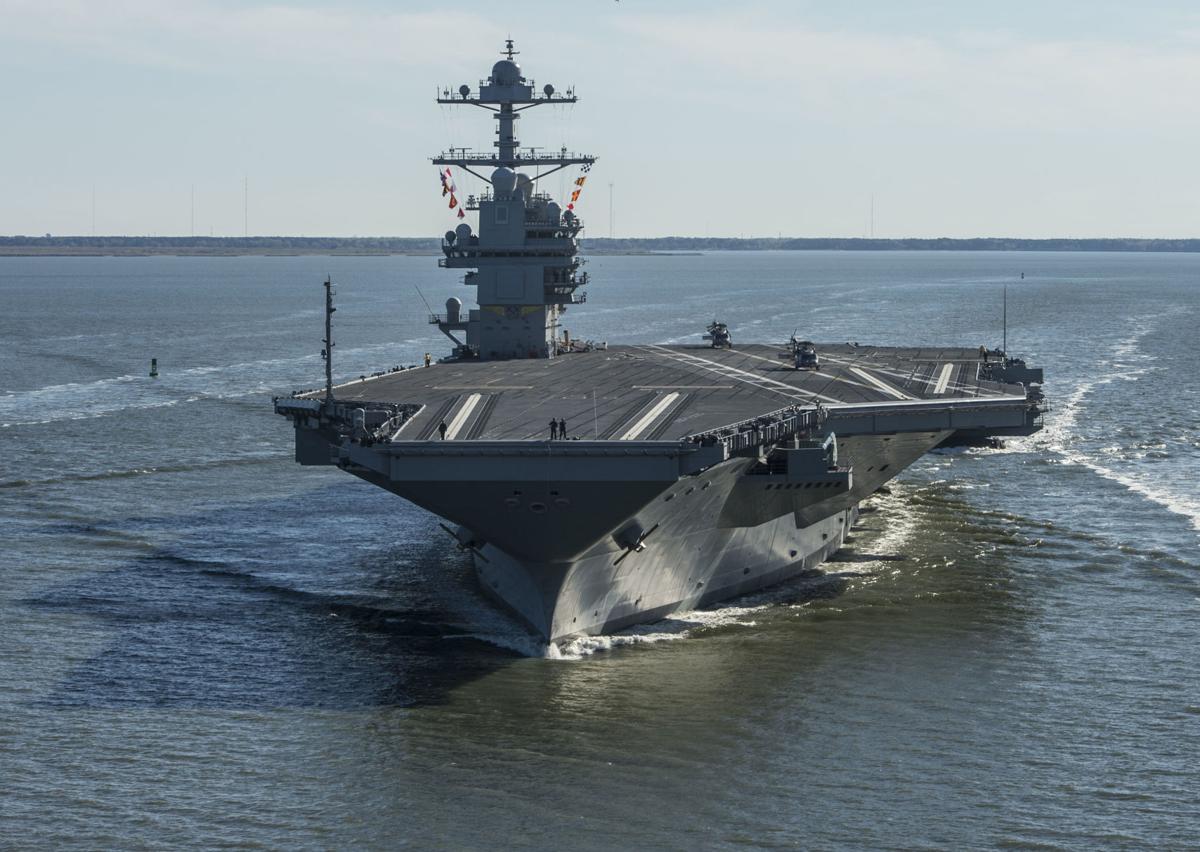 The new USS Gerald R. Ford aircraft carrier’s price tag has ballooned $2.8 billion from its original estimate and is now projected at $13.3 billion, according to Bloomberg News.

The Department of Defense accounts for one of the largest chunks of our country’s overall budget. In 2021, the president’s budget request for national security was $740.5 billion, $705 billion of which went directly to the DOD. This makes America the top international spender on defense, dedicating more to it than the next 10 countries combined.

With a budget that large, Americans ought to know their money is being used efficiently, importantly and effectively. Sadly, that’s just not the case.

Consider the U.S. Navy. The Navy alone has billions of dollars at its disposal. But at a time when it should be strengthening oversight, reports show it’s trying to weaken the Naval Audit Service — just in time to fund a massive shipbuilding plan, effectively tossing a key part of its internal oversight overboard. For Americans worried about spending this country into oblivion, such a move should be deeply concerning.

The Naval Audit Service performs the important role of holding the Navy accountable for how it spends its budget. They independently assess agency operations, find and reduce risk, and advise Navy leadership on ways to save and spend money. In the past five years alone, the office accounted for roughly $2.3 billion in savings for the Navy, including identifying over $70 million in potential fraud, and managed this on an average budget of $45 million per year.

Yet right now, the Navy has been queueing up a 70 percent budget cut to this very group, led by special interests and without congressional approval. The move is unprecedented and it could lead to significant misuse and even greater waste.

With the Navy’s goal to have over 355 ships in its fleet by 2030, the need for an internal audit service is more important than ever. While its dedication to national security remains unquestionable, the Navy’s accounting leaves room for improvement — the force has often underestimated costs and timelines for projects, resulting in significant abuse. The original shipbuilding effort was expected to cost between $120- $130 billion over the next 10 years, but its true cost is estimated to be 31 percent higher.

Frankly, as someone who cares both about the Navy and our national deficit, I am extremely disappointed to see this branch make such sweeping cuts to its audit service. This type of move will eliminate incentives to control costs. And without congressional approval, it circumvents a fundamental principle of our Constitution — the balance and separation of powers.

Most would agree that a country like the U.S., a global leader on several fronts, can’t put a price on national security.

But there is hope. The best way to avoid gross overspending by our military and government leaders is to protect programs like the Naval Audit Service. Auditors provide the unbiased oversight that major departments with large budgets need and will genuinely help the Navy reach its goals while ensuring taxpayer funds are put to good use — not wasted.

The bottom line is that the Naval Audit Service — and other functions like it — help identify fraud, waste and abuse that can run rampant in the federal government, especially among massive spending projects like the new shipbuilding plan. Without oversight, there is simply too much room for bad actors to take advantage of the system and benefit from it at the expense of taxpayers.

Independent organizations — like the Project on Government Oversight — are crucial to shining a light on these political maneuverings and often exposing the real motivations behind them. Now it’s up to Congress to protect the Naval Audit Service — and ensure it remains well-funded and able to perform essential oversight.

I can say this because I know: There’s some seriously dangerous, high-level trolling going on in right-wing media.

I found myself somewhat dismayed as I opened this year’s annual home property tax appraisal information. I generally “steel” myself this time …

History’s record should be honest. It should reflect not only what actually happened but also how the public at the time responded to the even…

By its theme for Law Day 2021, “Advancing the Rule of Law Now,” the American Bar Association seeks to remind us that the responsibility for th…

LETTERS: They knew slavery was wrong as they practiced it

Blake and Burt Burleson: Our letter to Uncle Rufus, confronting Baylor's racist past

This letter is in response to the report by Baylor University’s Commission on Historic Campus Representations regarding Rufus C. Burleson, two…

Donald Kirk: How anti-Asianism explodes in wake of the 'China virus'

Anti-Asian prejudice in the U.S. is an old story with a modern twist. Japanese people were placed in internment camps after Japan bombed Pearl…

Donald Kirk: Is South Korea next in line for US forces withdrawal?

The impending withdrawal of U.S. troops from Afghanistan carries significant implications for Korea. No one surrounding President Joe Biden is…

Dave Anderson: Nine in 20 of us identify as independents. So how can we be polarized?

A vertical launching system canister is loaded onto a U.S. Navy ship. As the Navy begins a massive shipbuilding program, it has also cut funding up to 70 percent for its internal auditing department.

The new USS Gerald R. Ford aircraft carrier’s price tag has ballooned $2.8 billion from its original estimate and is now projected at $13.3 billion, according to Bloomberg News.