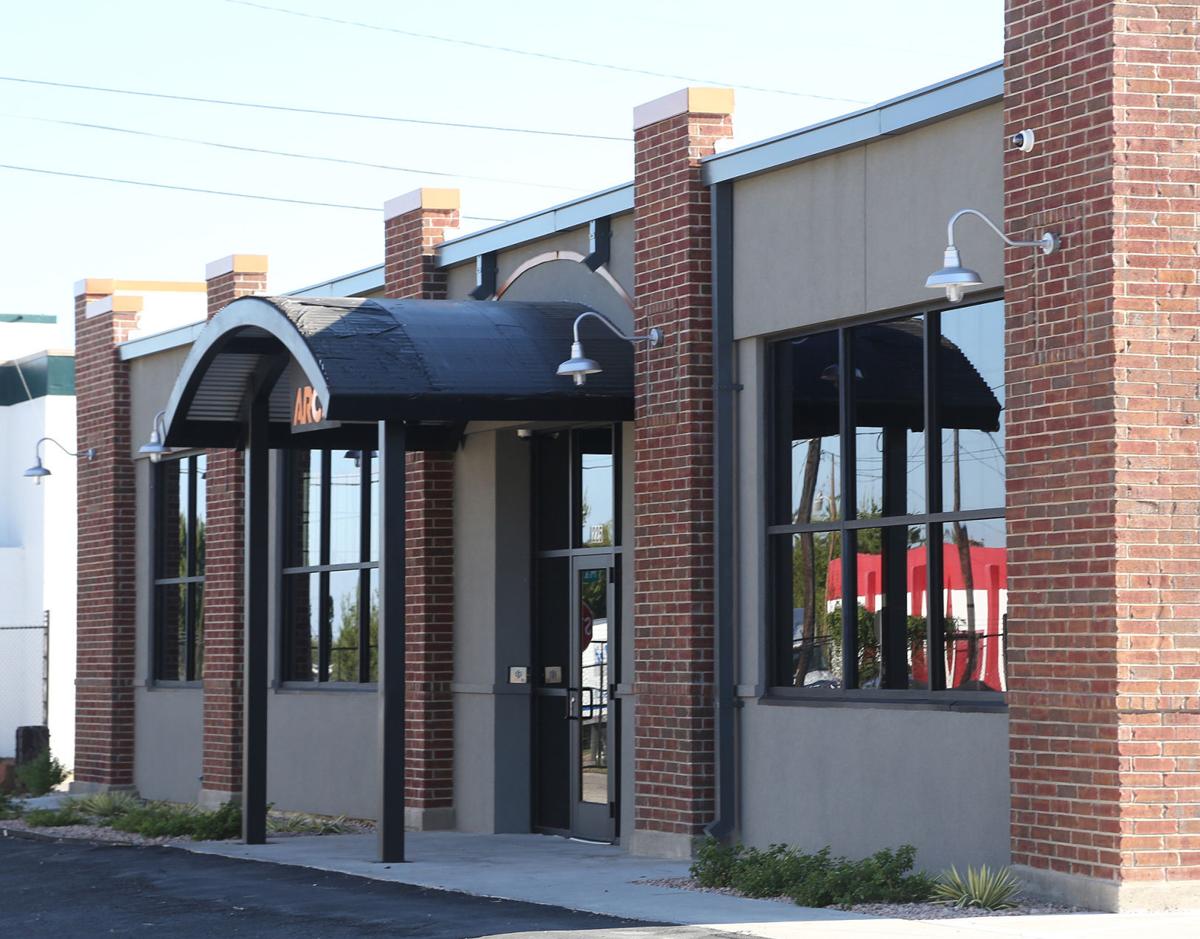 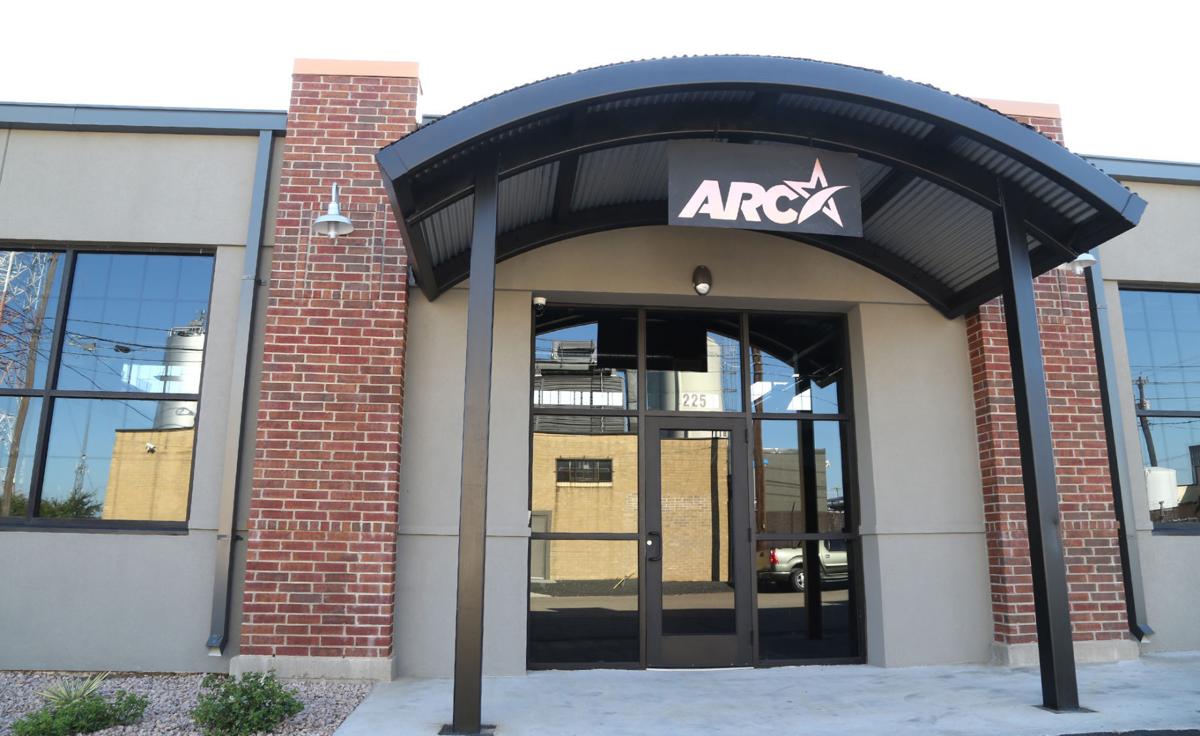 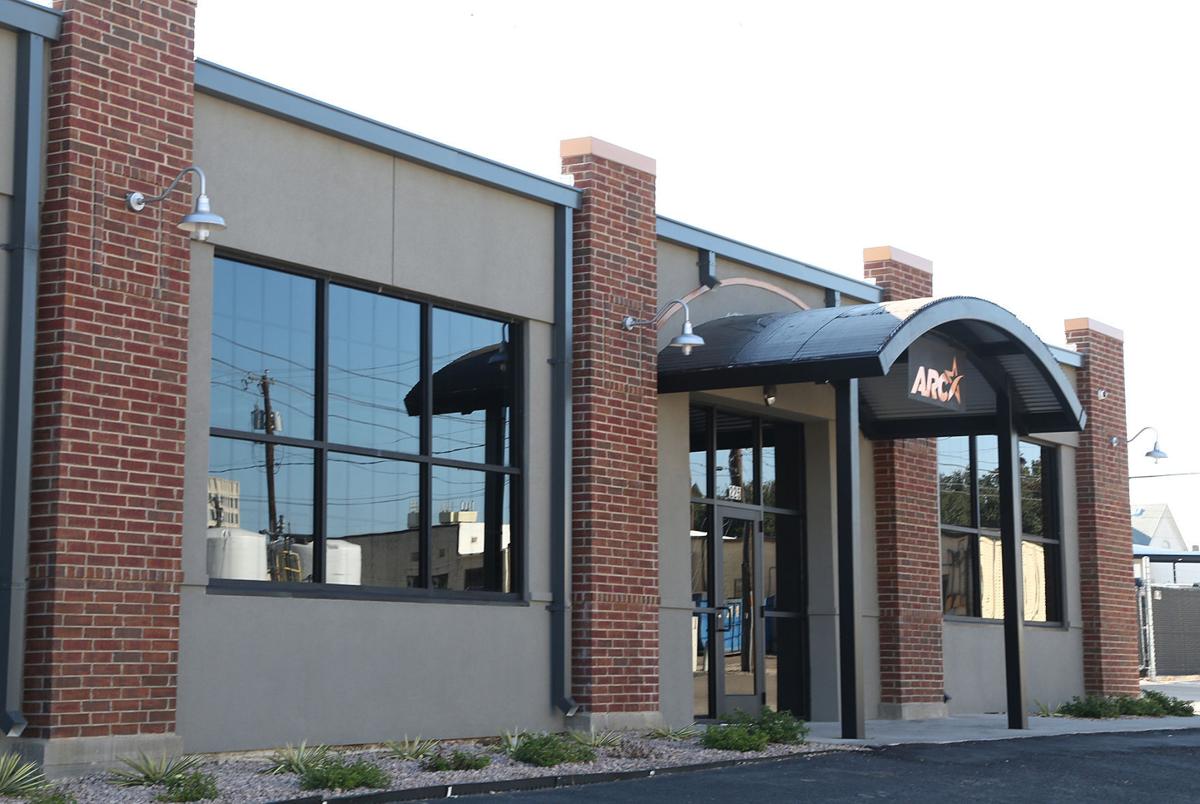 For decades the 1930s-vintage building at South 12th Street and Mary Avenue welcomed Ford automobiles that had seen better times, serving as a body repair shop for the historic Bird-Kultgen dealership that operated downtown before relocating to West Loop 340.

Today, after a $1 million remodeling project that converted the aging structure into an “industrial chic” conglomeration of glass, steel, energy-efficient lighting and lots of windows, it serves as headquarters to Waco-based ARC Abatement, which has grown to eight locations.

“We believe the place has a ‘wow’ factor, because that’s what everyone says when they walk through the door,” said Mike Daniel, brother of ARC Abatement founder Ron Daniel who manages local operations and supervised the building’s transformation.

Greeting visitors is a carefully crafted sign prepared by Reckless Iron Works. It is illuminated by LED backlighting that can change colors or generate a strobelike pulse. Its message informs guests they have entered the nerve center of not only ARC Abatement but also its subsidiaries: ARC Roofing, ARC Industrial Services, Lone Wolf, an environmental services firm, and C&C Coating.

“This proved to be quite a challenge,” Mike Daniel said during a tour of the finished product. “It had no air conditioning and very little electrical and plumbing, so we had to nearly start from scratch. We patched the cracks in the concrete floor, put it through several grindings to smooth it and applied a stain. We installed a new roof. But the original decking, applied when Bird-Kultgen went up with the building in 1939, was in pretty good shape. We only replaced about 50 square feet, and then we painted it all.”

The overhaul and tweaks have produced a setting of exposed and gleaming HVAC ductwork overhead; windows seemingly everywhere in the two-story edifice, allowing natural light to flood the work areas; steel staircases; and fresh structural supports in the private office of founder Ron Daniel on the second floor. It is equipped with a flat-screen television set and affords a grand view of the layout.

“All the lighting is LED, and we placed six inches of foam insulation on the roof and two inches in the walls,” Daniel said.

An area where crews once straightened bent auto-body frames has become the break room. A vault door built in 1897 by Hall’s Safe and Lock leads to nothing important but looks impressive and is a sure-fire conversation starter, Daniel said with a smile.

“We’ve been told there are only 12 doors like this left in the country,” Daniel said. “It still has the original tumblers.”

The nearly 12,000-square-foot structure serves as home base for about 15 staffers and includes 5,000 square feet of office space and a 16-seat conference room that fills when managers from far-flung ARC Abatement locations visit Waco at least once a year, Daniel said.

ARC bought the building last year, spending about $340,000 it made from the sale of its former home at 300 South Second Street to downtown developer Shane Turner, whose plans include retail and restaurant space.

Peter Kultgen now serves as president of the dealership founded by his grandfather, the late J.H. “Jack” Kultgen, a prominent Waco businessman. He said he was amazed to learn of what his childhood haunt has become.

“That was our old body shop, and I started working there when I was 14 years old,” Kultgen said. “It had an old gravel roof that always leaked and that we replaced I don’t know how many times. We enlarged the building a couple of times to add paint booths.”

He said the building “had some structural issues, to say the least,” when Bird-Kultgen sold it and that wooden beams, not steel, supported its frame. He said he hopes to visit the site in the near future.

“I probably had not thought about it in 25 years or so,” Kultgen said with a laugh. “It is right on the railroad tracks, and I can remember trains rumbling by all the time. The street outside was so bad that wreckers hauling cars to the place nearly could not get down them.”

The building’s rise in prominence mirrors that of ARC Abatement, which has grown to 500 employees and locations in Austin, Dallas, Fort Worth, Houston, Denver, Grand Junction, Colorado, and Baton Rouge, Louisiana. It is licensed to operate in 42 states.”

Ron Daniel founded the company in his home on North 60th Street and has seen it grow to an enterprise with revenues of $45 million predicted this year. Locally, the company has tackled work on the ALICO building and the old Raleigh Hotel that now serves as a state office building. It also removed asbestos from Baylor University’s old football home in South Waco, Floyd Casey Stadium, before it was demolished.

“We’ve been involved in just about every major project in downtown Waco in recent years, when it comes to asbestos removal,” Mike Daniel said.

“I can remember finishing a job at 2 in the morning, when I had $1.83 in my pocket and celebrated with a Dr Pepper and a Snickers bar,” he said.

Since then, the company has completed more than 5 million hours of asbestos abatement, according to its website.

And it has a new home to show for it.

Watch Now: How will Biden’s Environmental Protection Agency be different?

Watch Now: How will Biden’s Environmental Protection Agency be different?

As a kid growing up in North Waco, Ron Daniel beat a path to the 25th Street Theatre. He remembers cringing in fear as “Godzilla” screamed and…