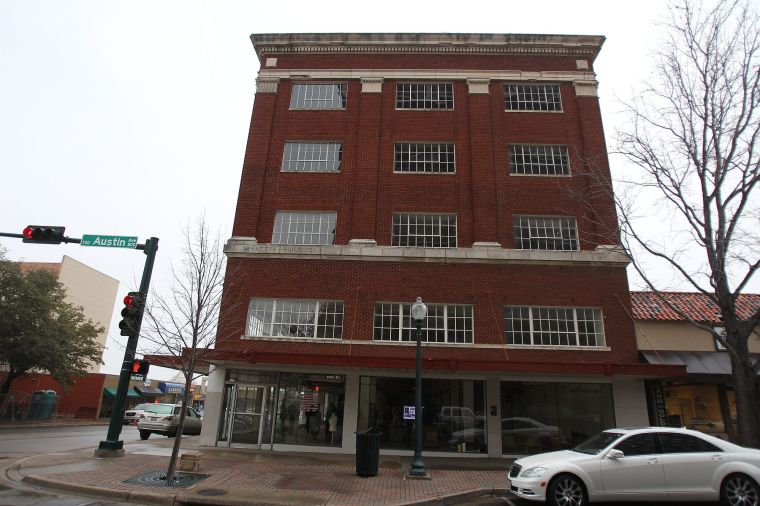 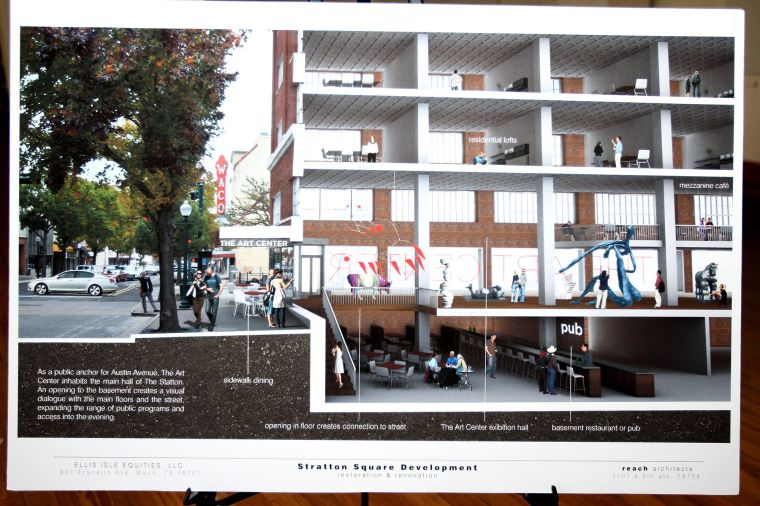 Ellis Isles Equities plans to renovate the historic Stratton building downtown to create gallery space for the Art Center Waco, a basement-level pub, a coffee bar and cafe, and 27 loft-style apartments. The project is expected to be completed by early 2015. 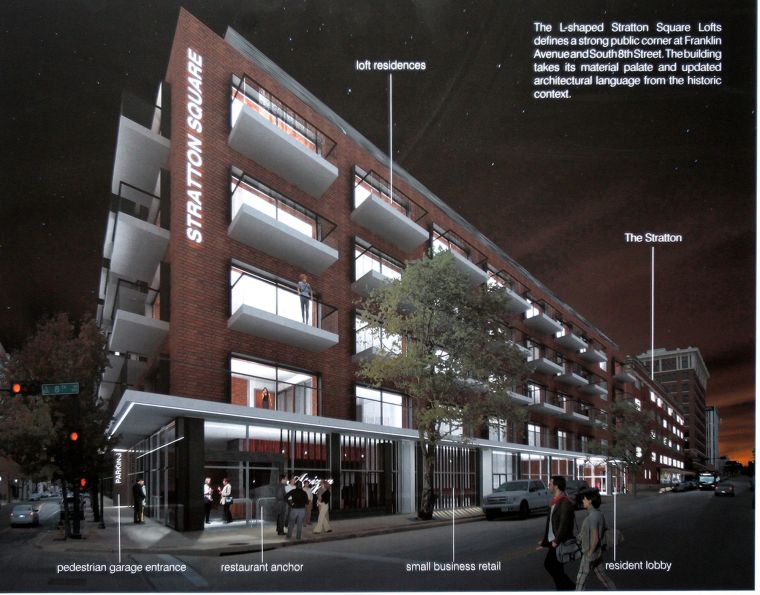 Phase 2 of the Stratton building development is the construction of Stratton Square, to be completed by early 2017. The building will feature an additional 95 lofts, commercial space for up to 10 businesses or restaurants, and a parking garage with a connecting skybridge to the main Stratton building. 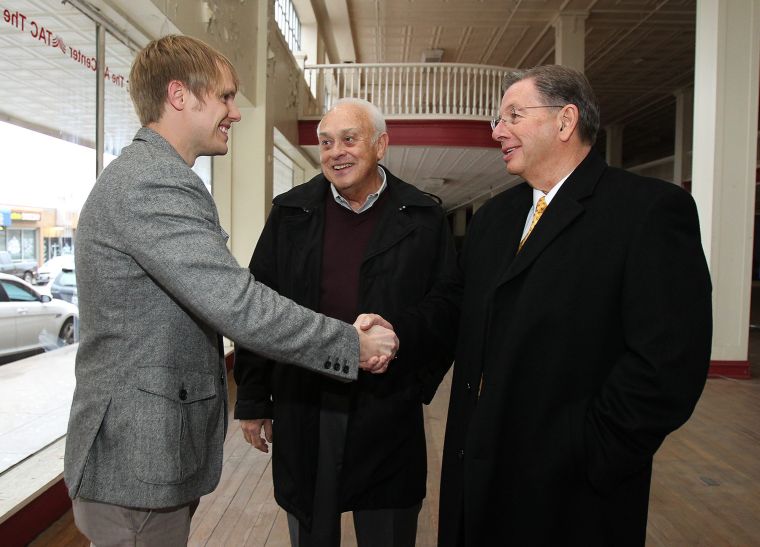 The long-vacant Stratton Building downtown soon will be transformed into a vibrant arts and dining center that officials hope will further anchor development in the heart of the city.

The Business Resource Center and its sister organization the Waco Downtown Development Corp. on Thursday voted to enter negotiations with Ellis Isle Equities to develop the more than 90-year-old building, which sits at the corner of South Eighth Street and Austin Avenue.

The renovated building will include space for art displays, residential lofts, an upscale pub and a coffee bar.

“We see this really as not just complementing, but really being a bookend to the development that’s already going on downtown from the (Brazos) river to here,” said Bob Davis, president of both the Business Resource Center and the DDC board. “We’re really excited. This is a great day for Waco.”

Ellis Isle was one of four companies that submitted proposals envisioning the building as a mixed creative and community space for downtown. Other ideas pitched included a performing arts center, an urban grocery store, an event center, and business and restaurant incubators.

Under Ellis Isle’s proposal, the first level of the five-story building will be converted into a gallery space to be occupied by Art Center Waco. A portion of the main floor will also be removed to expose the basement, which is to be transformed into an upscale pub.

A coffee bar and cafe with seating for up to 50 will be created in the mezzanine. Part of that level also will host art workshops and classes organized by the art center, while the upper three floors will be turned into 27 loft-style apartments.

The proposal also calls for striking design features, such as a three-story wall fountain extending from the basement to the mezzanine level, and exposed brick walls. The art gallery space will support large art installations hanging from the ceiling, as well as movable partitions to display paintings.

Ellis Isle’s proposal also includes a second phase of development called Stratton Square, which would include building an additional 95 lofts, a parking garage with a skybridge connecting to the Stratton building, and commercial space to support up to 10 retail and restaurant development spaces.

The whole project is expected to cost about $15 million, including about $3.3 million in renovations for the Stratton Building that will preserve its historic design.

Peter Ellis, principal for the Ellis Isle, said the company plans to apply for financing and tax credits through the U.S. Department of Housing and Urban Development, as well as seek some funding from the Downtown Tax Increment Financing Zone.

Barring any complications, Ellis said he hopes to have the Stratton Building completed by early 2015, while the Phase 2 Stratton Square development should be finished in late 2016 or early 2017.

Davis said Ellis Isle’s proposal stood out because of the company’s previous history in developing downtown properties as well as the detailed plan for the Stratton Building and the neighboring parking lot at South Eighth Street and Franklin Avenue.

The company already renovated the Praetorian building at South Sixth Street and Franklin Avenue, which includes lofts and Anthem Studios.

The mixed nature of the building also may fuel interest from visitors to explore downtown and support nearby attractions like the Dr Pepper Museum and the soon-to-reopen Hippodrome theatre.

“People look for things to do that they enjoy doing, when they can walk to a downtown venue and enjoy all the things that are there to offer, take in the arts and really get into the soul of the city,” said Willard Still, chair of the resource center’s real estate development and urban design committee, which recommended selecting Ellis’ company. “There’s an awful lot of people that travel to do that all the time, and we just want our share.”

The proposal also included an offer to purchase the building for $250,000, though Davis noted that the final selling price will have to be finalized during negotiations.

The Business Resource Center, which purchased the building and parking lot in 2004 for $200,000, hopes to use the proceeds from the sale to finance loans and incentives for future downtown business development.

Ellis said integrating Art Center Waco into the facility will build upon the growing creative arts scene downtown. He already has preliminary verbal commitments from the center’s leaders expressing their desire to relocate downtown from the McLennan Community College campus.

“The arts really bring the personality of an area to life, beyond just some buildings and economic (development),” Ellis said. “It’s more who Waco is, and gives Waco a good look and life.”

Ellis Isles Equities plans to renovate the historic Stratton building downtown to create gallery space for the Art Center Waco, a basement-level pub, a coffee bar and cafe, and 27 loft-style apartments. The project is expected to be completed by early 2015.

Phase 2 of the Stratton building development is the construction of Stratton Square, to be completed by early 2017. The building will feature an additional 95 lofts, commercial space for up to 10 businesses or restaurants, and a parking garage with a connecting skybridge to the main Stratton building.