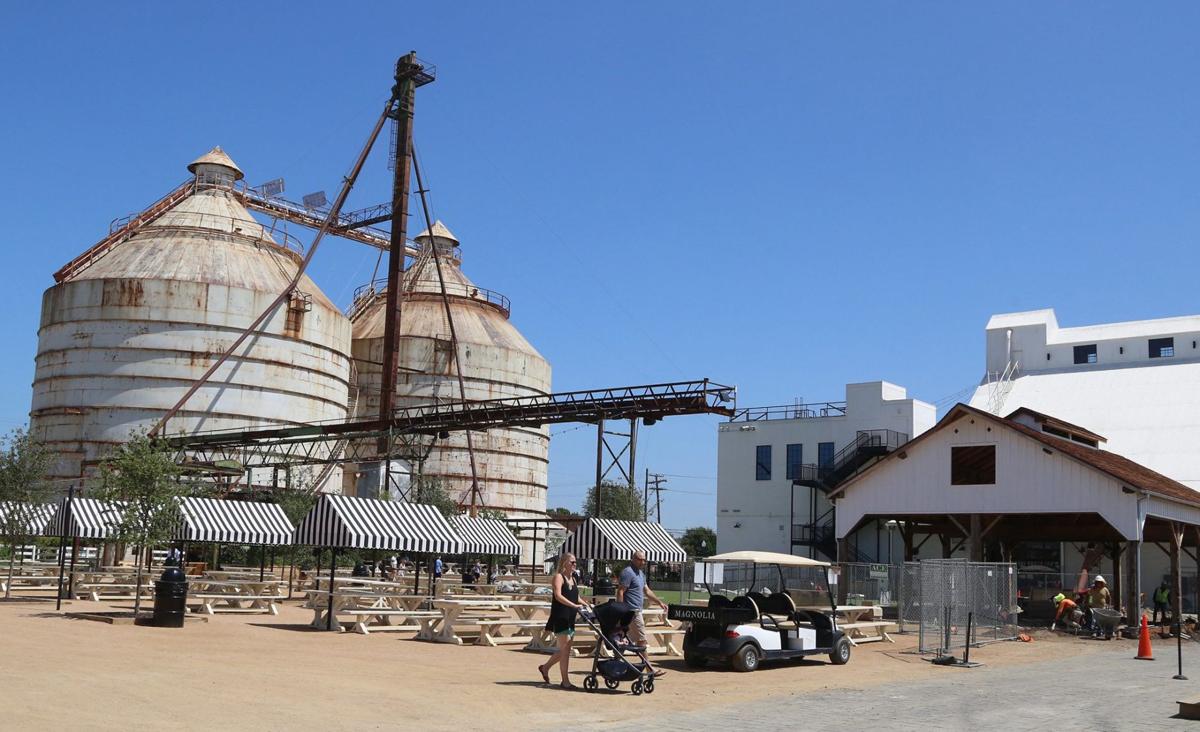 Pearson Construction has won a prestigious state award for its work in transforming the silos at Sixth Street and Webster Avenue into Magnolia Market at the Silos, a booming tourist attraction that brings visitors from across the country to downtown Waco. 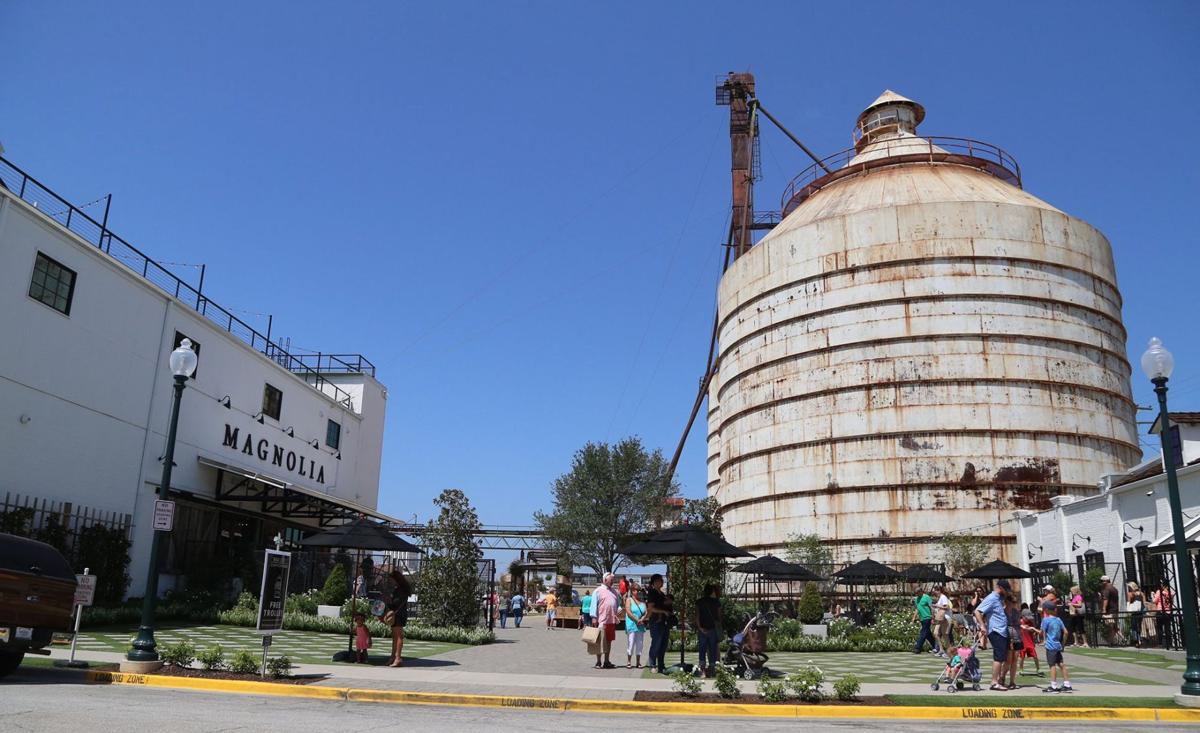 By creating Magnolia Market at the Silos for Chip and Joanna Gaines, Pearson Construction has won a prestigious award from the Texas office of the Associated General Contractors of America. 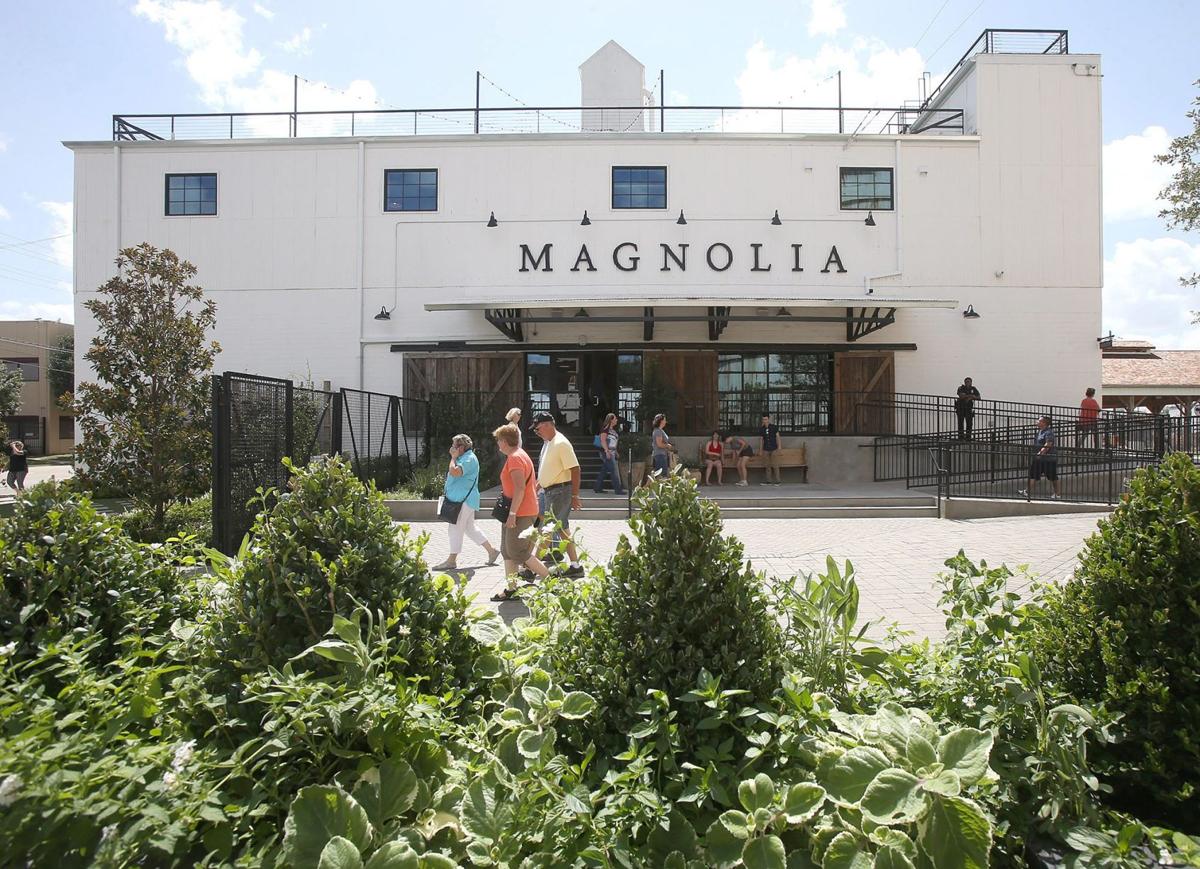 Waco-based Pearson Construction and 12 local subcontractors collaborated with Chip and Joanna Gaines to create Magnolia Market at the Silos, a project that the Texas office of the Associated General Contractors of America honored with the “Outstanding Construction Award for Historical Renovation.”

Pearson Construction, which transformed the hulking, rusty grain silos at South Sixth Street and Webster Avenue into Magnolia Market at the Silos, has received the “Outstanding Construction Award for Historical Renovation” from the Associated General Contractors of Texas for its work there.

The Silos complex attracts 20,000 to 30,000 visitors a week from across the United States, with its sales of furniture, housewares and hardware — much of it with a theme inspired by the “Fixer Upper” television show on HGTV starring Magnolia Market proprietors Chip and Joanna Gaines. Visitors to the complex also can avail themselves of baked goods at the Magnolia Bakery at the Silos, as well as a variety of food trucks, a garden and areas for relaxation.

It took Pearson Construction and 12 local subcontractors about seven months last year to give the 26,000-square-foot barn adjacent to the silos a new look and space for the general store and other retailing nooks and crannies, with much of the work coming under the watchful eye of Joanna Gaines, a decorator.

“Our teams’ creativity and attention to detail did not go to waste during this project,” Pearson Construction says on its website. “The conduits were hand-bent to create a mid-century, postmodern aesthetic throughout the facility. As per the owners’ vision, we utilized century-old reclaimed studs; recovered barn tin pressed by forklifts into ceiling tiles; and placed antique lights throughout the store. High-efficiency LED lighting throughout the building met code while keeping the festive atmosphere.”

Company president and CEO Scott Pearson said he worked closely with Chip and Joanna Gaines to get a feel for what they envisioned, something that would nod to Waco’s past while creating a fun and entertaining slice of life that would appeal to “Fixer Upper” fans and others.

“Any time you’re dealing with 100-year-old buildings, it’s next to impossible to predict issues that will arise during construction,” Pearson said. “But we laid our very detailed schedules so we could get it delivered when they requested. It’s rewarding when you can expect to have issues but still hit the completion date.”

The silos themselves retain their rustic, and rusty, charm, but Pearson said the Gaineses have indicated a desire to tweak their appearance in a future phase.

“So much is happening now, though, that I believe they probably have put that on the back burner,” Pearson said in a phone interview.

K. Paul Holt, president of the local office of the Associated General Contractors of America, said Pearson Construction did Central Texas proud at the awards program held at Horseshoe Bay Resort in Marble Falls. He noted that local general contractors won seven of the 21 “Outstanding Construction” awards presented at the ceremony.

The silos project “is a perfect example of a historical building being preserved and updated simultaneously, new use for an outdated facility,” Holt said. “It is absolutely amazing, and the crowds are mind-boggling. What a great ambassador for Waco the building and the entire Magnolia program has become, including ‘Fixer Upper.’”

Brock Murphy, director of public relations for the Gaineses and Magnolia Market, released a statement about Pearson and its win, saying, “They were an extremely valuable and committed partner throughout the whole project. They were dedicated to making Chip and Joanna’s vision become a reality.”

Bobby Meador, owner of Southern Star Steel in Lorena, provided product for Magnolia Market through an agreement with Palmer Steel in McAllen.

“Getting involved was an absolute blast. I’m old enough to remember when those silos were full of seed and created the sweet smell of molasses downtown,” said Meador, 68. “I don’t think anybody knew what kind of attraction that would become; we certainly didn’t in the beginning.”

City directories show the silos for a time were used by Brazos Valley Cotton Oil Co., which beginning in 1912 accepted truckloads of cottonseed from local gins and extracted oil used in cooking and industrial applications. The meal was sold to local farmers and ranchers as cattle feed.

He said he supplied about 16 tons of steel for the installation of stairs, handrails and other items scattered around Magnolia Market at the Silos.

Parsons Commercial Roofing also served as a subcontractor, placing a Duro-Last lid, gutters and downspouts over the retail and office space.

“The whole Magnolia deal is pretty cool. It has changed downtown Waco,” said Mikki Roberts, an estimator for Parsons, which employs between 150 and 200 people at any given time on projects around the state. It regularly has crews roofing buildings at the University of Texas at Austin and Baylor University.

“We presented the best bid on the Magnolia work, though I don’t know if it was the lowest bid,” said Roberts, adding Parsons often works with Pearson Construction.

H.B. Blake, of Hewitt, installed doors, frames, hardware and bathroom accessories, “most of it twice,” said Reggie Blake with a laugh.

“Joanna would walk through, and if she didn’t like the way something looked, she would tell us to take it out and do it again,” Blake added. “It was taxing at times, but it was a nice job to get involved with, and I still can’t believe the number of people from everywhere who go in there.”

Blake, who attends Beacon Hill Baptist Church, said his church recently hosted a pastor from Magnolia, Arkansas, who presided over a revival service.

“All he wanted to do while he was here was visit some of the ‘Fixer Upper’ houses, so I drove him around for a look,” Blake said.

The Pearson Construction website said renovation of the Silos site appeared in the third season of “Fixer Upper,” adding that the cameras captured a perspiring Chip Gaines raking concrete into position. It said Chip and Joanna also left palm impressions in the fresh mixture for a “little Hollywood commemoration.”

The Gaineses received $208,376 in Tax Increment Financing money to create Magnolia Market, which carried a price tag of more than $1.4 million.

It Just Got Easier to Mine Bitcoin at Home

How Will Your Social Security Benefits Stack Up to the Average in 2022?

Benefits will be increasing next year. How will your checks compare to the average?

How to Beat the Average $1,559 Monthly Social Security Benefit

Don't get stuck with average (or below average!) Social Security checks -- there are multiple ways to increase them, and your future financial security.

Retirees: Here's How Much Your Social Security Checks Will Increase in 2022

You'll receive noticeably more next year from the benefit program -- but there's a catch.

Next year's cost-of-living adjustment is the largest in decades, but that doesn't tell the whole story.

Retirement changes a lot of things, including how you spend your money.

3 Questions to Ask Before You Buy Cryptocurrency

Cryptocurrency, once an obscure corner of the financial world, is going mainstream. It made its debut on the New York Stock Exchange on Oct. 19 in a ProShares exchange-traded fund…

How to get the best Walmart Black Friday 2021 deals

Walmart is rolling out three sales events with its second annual "Black Friday Deals for Days."

Pearson Construction has won a prestigious state award for its work in transforming the silos at Sixth Street and Webster Avenue into Magnolia Market at the Silos, a booming tourist attraction that brings visitors from across the country to downtown Waco.

By creating Magnolia Market at the Silos for Chip and Joanna Gaines, Pearson Construction has won a prestigious award from the Texas office of the Associated General Contractors of America.

Waco-based Pearson Construction and 12 local subcontractors collaborated with Chip and Joanna Gaines to create Magnolia Market at the Silos, a project that the Texas office of the Associated General Contractors of America honored with the “Outstanding Construction Award for Historical Renovation.”