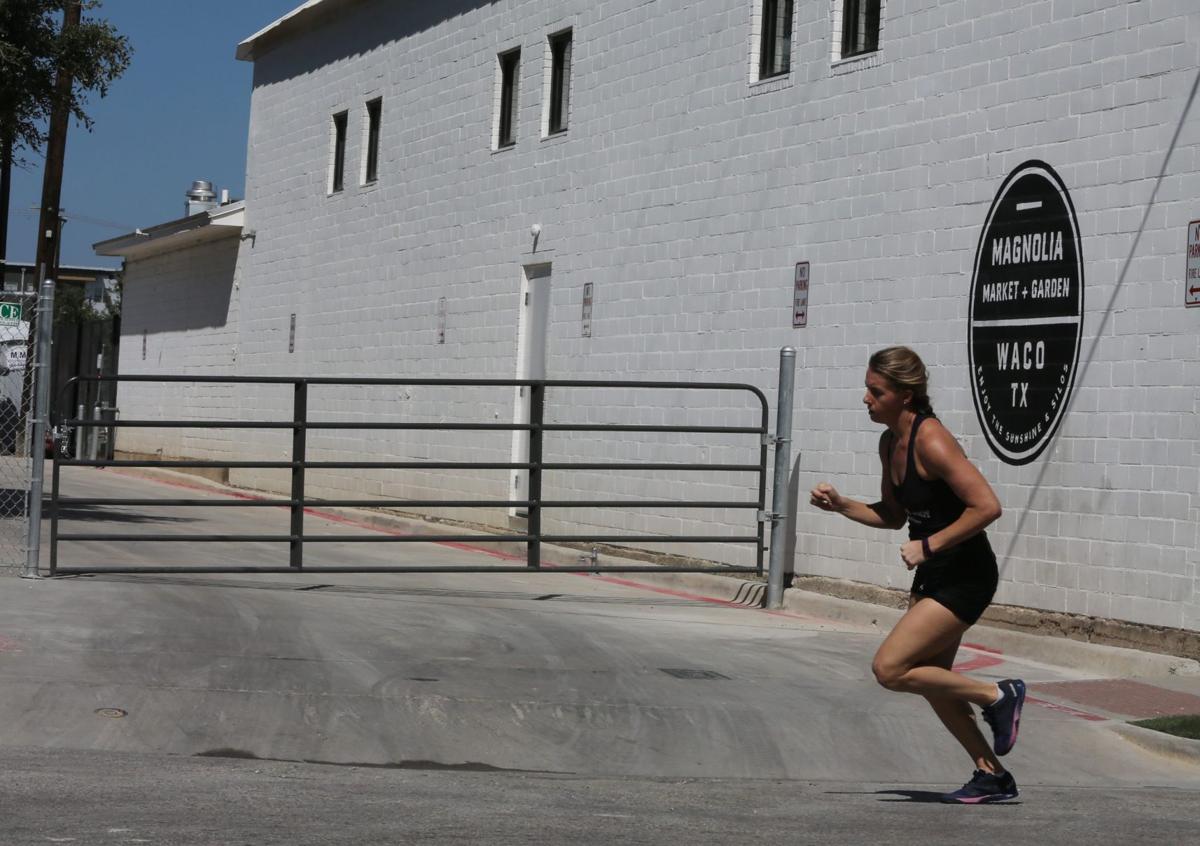 A lawsuit has been filed over a gate that was put up adjacent to Magnolia Market. 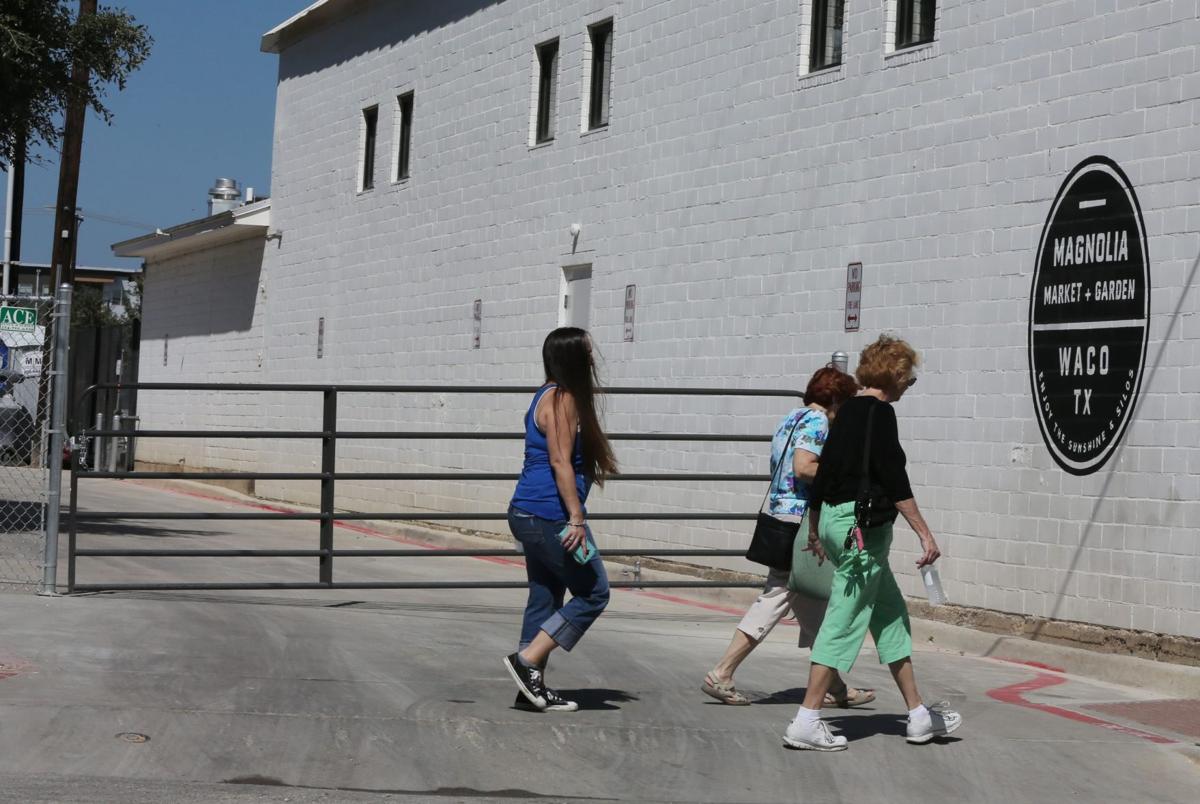 Customers walk by a gate that blocks access to an alley at Seventh Street and Webster Avenue.

> UPDATE: Judge does not sign order for Magnolia Market to remove gate

As Chip and Joanna Gaines prepare to kick off their Magnolia Market Silobration festival, their downtown neighbor is seeking an injunction and alleges that Chip Gaines installed a gate that blocks access to his property.

Daron Farmer, managing member of Head Properties, is seeking between $200,000 and $1 million in damages from Magnolia Silos and Chip Gaines in a suit filed Wednesday in Waco’s 414th State District Court.

Besides the monetary damages, the lawsuit asks Judge Vicki Menard to issue a temporary restraining order that would force Gaines to remove a metal gate across an alley off Webster Avenue that formerly was South Seventh Street before the city abandoned that small stretch in 1977.

David Tekell, who represents Farmer; and Robert Little, Magnolia’s attorney, argued their positions in front of the judge for about 20 minutes Wednesday morning before she asked the attorneys to submit additional case law supporting their positions.

Later Wednesday, Menard said she would take the matter under advisement and possibly would rule Thursday.

The lawsuit hit the courts the day before Magnolia Market at the Silos is playing host to a three-day festival known as Silobration, which begins Thursday. Even larger-than-normal crowds are expected to flock to the event, which features evening concerts, vendors and, of course, the Gaineses, stars of HGTV’s “Fixer Upper” home renovation show.

Farmer, who attended the brief hearing Wednesday morning, said he and Chip Gaines have been negotiating the sale of Farmer’s property, which is adjacent to Magnolia Market. Farmer bought the property in July, but the previous owner had a lease agreement with Gaines for Magnolia employees and its customers to park on the lot.

That lease expired Friday, negotiations between Farmer and Gaines broke down, and Gaines put up the gate across the alley Monday morning, Farmer said.

“Chip is just trying to strong-arm me because he doesn’t want to pay what I am asking for that lot,” Farmer said.

Farmer intended to charge $10 to Magnolia customers who want to park on his lot starting Monday. The gate cut off partial access to that property, he said.

Little declined to respond to Farmer’s comments but said Gaines put up the gate because the Gaineses didn’t want their customers to get the mistaken impression that Magnolia was charging $10 to park there before coming to shop.

Farmer, and anyone else, can gain access to the property, which is at 400 S. Eighth St., from Eighth Street or from Jackson Avenue, Little said.

“All anyone has to do is just drive around the corner, and there you are,” Little said.

Farmer’s petition alleges that “for as long as anyone can remember and for certainly more than 10 years, the old South Seventh Street alleyway has been open for ingress and egress for pedestrian, automobile and other traffic accessing” the property.

“Despite repeated demands, defendants have failed and refused to remove this barricade and continue to block access to plaintiff and plaintiffs’ customers from entering the property from Webster Avenue using the Seventh Street alleyway,” the lawsuit states.

The Magnolia Market expects a larger-than-ever crowd this weekend as its Silobration returns with a three-day festival featuring concerts, loc…

The inaugural ride for Waco’s newest public transportation, the Silo District Trolley, rolled off with standing room only at the beginning of …

A new free shuttle aimed at solving parking issues and promoting tourism is expected to roll into downtown as early as Friday.

Judge does not sign order for Magnolia Market to remove gate

A judge considering whether to issue a temporary restraining order against Chip Gaines and Magnolia Silos for putting up a gate across a downtown Waco alley left the order unsigned Thursday.

No injunction for Gaines, gate at Magnolia Silos

A judge has ruled Chip Gaines, star of HGTV’s “Fixer Upper,” does not have to remove a gate across a downtown Waco alley near the Magnolia Mar…

A lawsuit has been filed over a gate that was put up adjacent to Magnolia Market.

Customers walk by a gate that blocks access to an alley at Seventh Street and Webster Avenue.