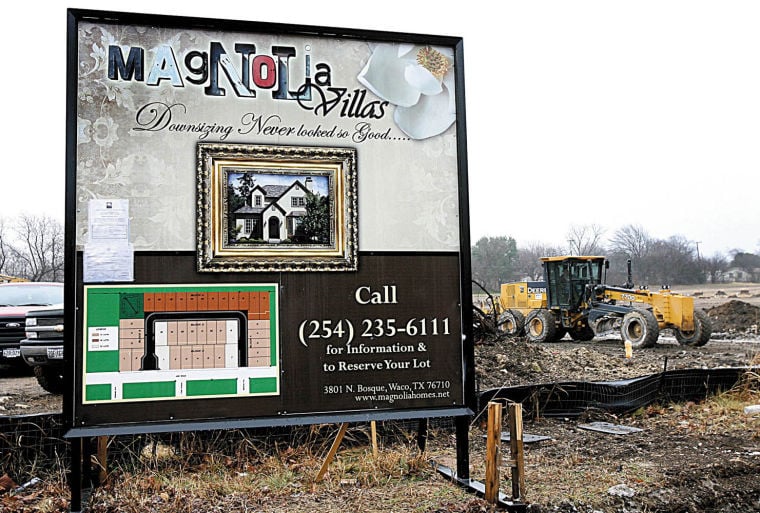 Work is under way on the Magnolia Villas on North 46th Street. 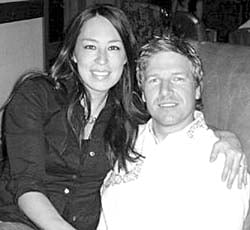 Chip and Joanna Gaines see themselves as a team, and not just because they are married and have four children under age 6.

They have created a business called Magnolia Homes, and they have undertaken what they consider their signature venture — a 37-home, gated community off Bosque Boulevard called Magnolia Villas.

“So far, we have five units accounted for,” Chip Gaines said. “We will have one model home and we will take responsibility for that. Two others have been taken by empty-nesters, two more by pre-nesters.”

The pair thought the homes would be popular with couples whose children have moved away. In fact, an on-site promotional sign reads, “Downsizing never looked so good.”

But two families of young professionals have committed to building there, Chip Gaines said.

“One couple drives a BMW and a Hummer. They own a business, have no children and want to travel,” he added.

Chip Gaines said he hopes to sell at least 10 lots a year. He will oversee construction of each home to ensure quality and architectural integrity. He and his wife have blueprints of several styles.

Some area residents may know Joanna Gaines as the daughter of Jerry Stevens, a longtime local Firestone tire dealer.

She and the rest of her family appeared in TV commercials for the business.

In 2003, Joanna Gaines opened a boutique called Magnolia. Chip Gaines was involved in real estate at the same time, and they later formed a company called Magnolia Homes.

With heavy emphasis on unique designs, Joanna Gaines said, they would buy and fix up homes to “flip,” or resell. They also got involved in remodeling and new home construction.

When their second child was born, the Gaineses converted the Magnolia boutique into the headquarters for Magnolia Homes.

Joanna Gaines began to sell her merchandise in the homes of friends.

Chip Gaines said he acquired land on South Third Street with thoughts of housing for Baylor University students. Just as he was getting started, a group from Fayetteville, Ark., approached him about buying the land. They also envisioned student housing and completed an enterprise called Aspen Heights.

“That was my first rodeo and I watched every move they made, learning what I could,” he said.

He is now launching his own subdivision, Magnolia Villas. Land clearing has begun on 6 acres behind OakCrest Funeral Home on Bosque Boulevard, not far from the Extraco Events Center.

It will have sidewalks connecting the free-standing homes, lush landscaping, a community garden and a neighborhood association to which residents will pay $100 to $150 a month, Chip Gaines said.

Asked why he wanted to build on land sandwiched between a funeral home and what appears to be a communications tower, he said, “The more we prayed about it, the more we felt peace this was the deal for us.”

“We can see the potential in every home and project,” Joanna Gaines added.

Israel: Who is Naftali Bennett?

Persons of the Year: Chip & Joanna Gaines showcase Waco in all they do

It’s their uplifting take on the city, one that they are quick to share with others, that earns them recognition as the first Persons of the Year by Waco Today magazine.

A stretch of Bosque Boulevard near the Extraco Events Center is experiencing a renaissance, with a vacant bowling alley becoming a church and …

NEW YORK — With all the joking and hamming for the camera that Chip Gaines does on "Fixer Upper," it's hard to believe that he initially was t…

The grand opening of the downtown Magnolia Market is nearly two months away, but fans of the growing home décor empire already are flocking to…

Cable viewers Tuesday can see the Season 3 debut of “Fixer Upper,” the HGTV home improvement reality show that continues to make its own reali…

Work is under way on the Magnolia Villas on North 46th Street.