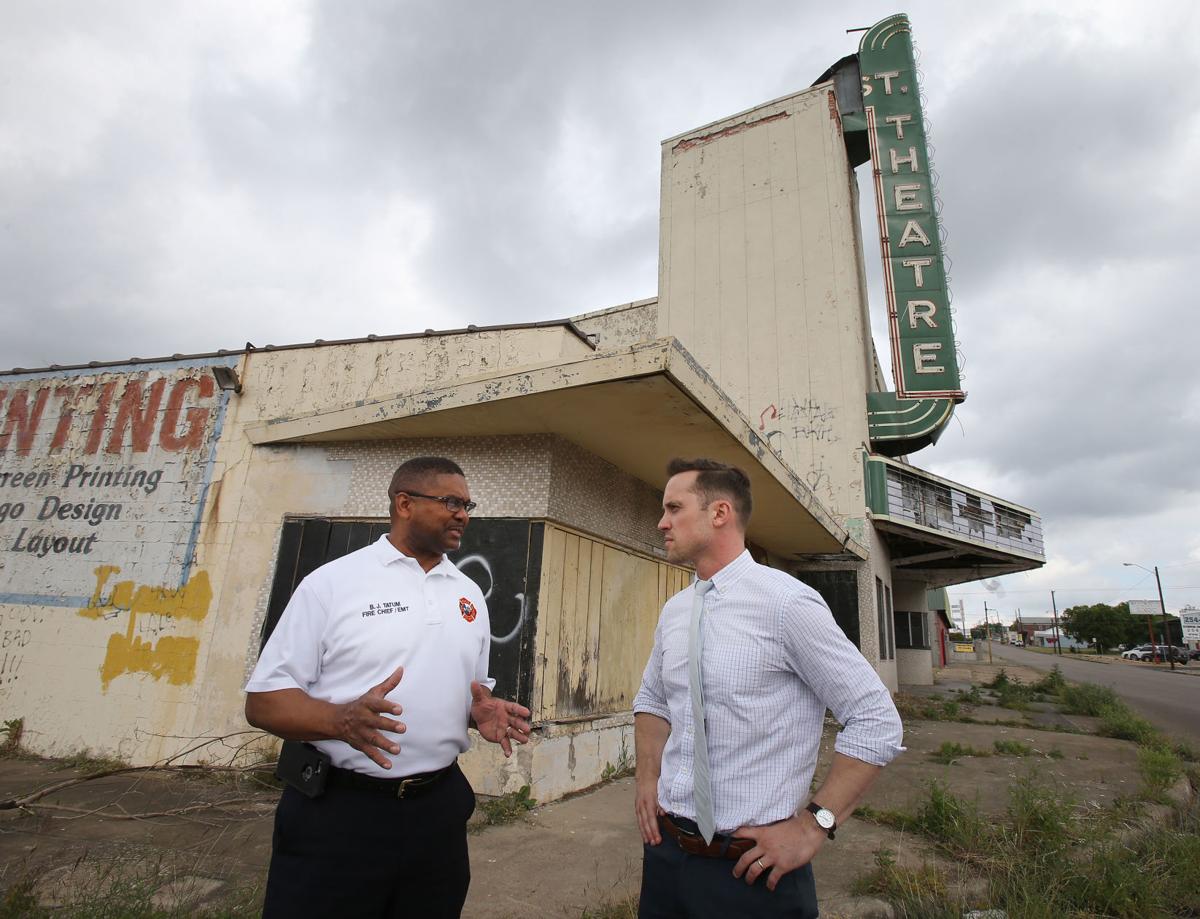 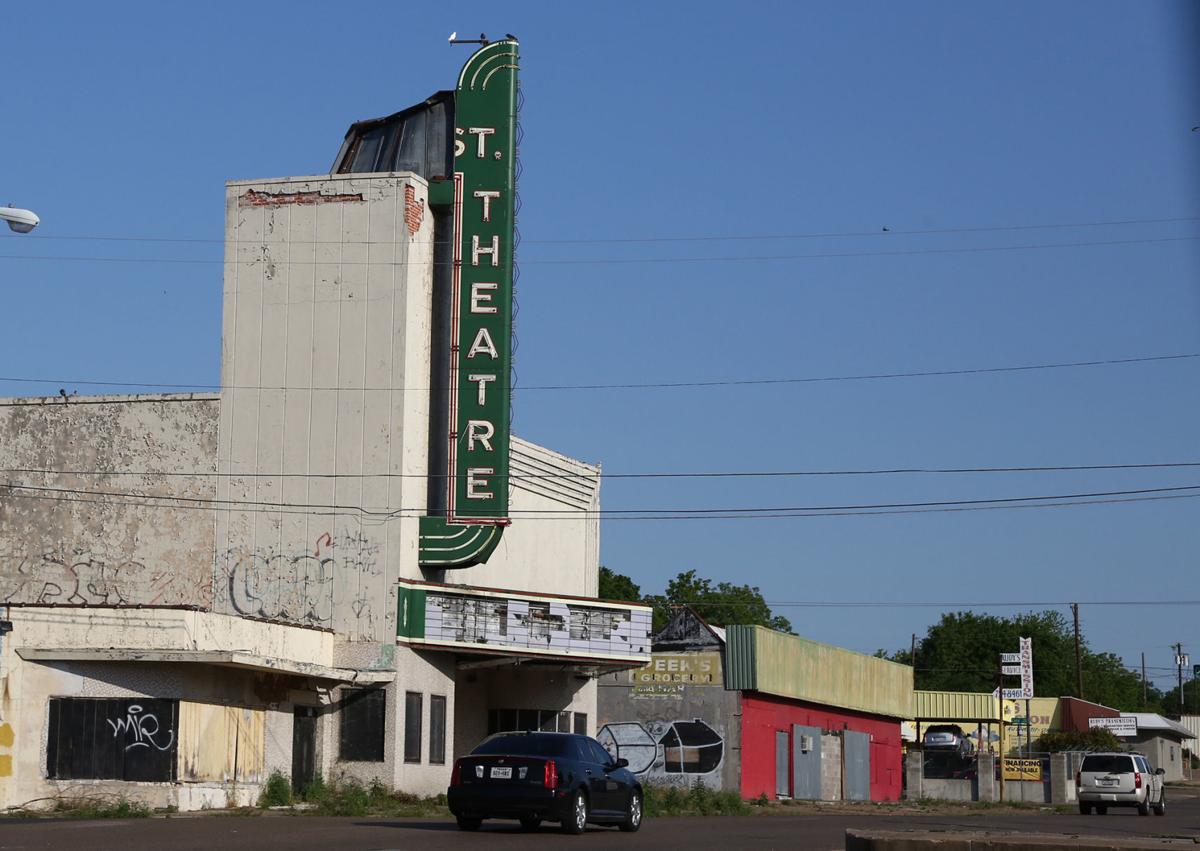 The city of Waco is poised to buy the 25th Street Theatre and spend more than $5 million turning the blighted building into a fire station.

The 73-year-old building at 1006 N. 25th St. would become the new home of Waco Fire Station No. 6, which would move a few blocks away from its longtime home at 2800 Bosque Blvd.

A real estate deal to buy the theater for $88,000 goes to the Waco City Council at its 6 p.m. meeting Tuesday at the Waco Convention Center’s Bosque Theatre.

“I’m really excited about the opportunity here,” said District 4 Councilman Dillon Meek, who has pushed for the deal. “That is a landmark that is loved by so many in our community and so many in that neighborhood. And I’m excited for the city to attain control of that property to be able to hopefully allow that spot of land to have a positive future.”

Fire Chief Bobby Tatum is asking for $5.1 million for the fire station project. He said it’s uncertain how much of the abandoned building can be saved, but he would like to maintain at least the facade and possibly the landmark sign on 25th Street. He also hopes to include a community room where neighborhood groups could meet, and memorabilia from the theater could be displayed there.

“We will definitely not lose that iconic building,” he said. “We will memorialize it in some way or another.”

Tatum said the new fire station will be “an anchor for revitalizing the community.”

“It’ll be a huge difference,” Stem said. “It’ll be very positive for that part of town.”

Stem said he attended the theater’s first screening of “Star Wars” in 1977.

The theater opened in 1945 with 780 seats, air conditioning, a wide screen and elaborate murals inside. A neon sign marking the theater was a cornerstone of the Sanger-Heights neighborhood. It closed in 1982, unable to compete with more modern, multiscreen theaters.

The building operated as a popular nightclub from 1986 until it closed in 1993, then fell into decline. The city of Waco has had the building tagged as unsafe since 2001. Over the years, various parties have discussed renovating the building, but ownership disputes have obstructed any progress.

An organization called the Texas Museum of Theatre and Broadcast, Inc. has a claim to be part-owner of the building. The heirs of the former nightclub owner, Richard Olsen, have questioned the legitimacy of that claim, saying the group hasn’t paid taxes on the building.

Trey Concilio, the local head of the theater group, is a cinema buff who has long advocated for the theater’s renovation. Concilio did not return a voicemail on Friday.

Fire officials hope to open the new Station No. 6 at the site in 2020. The existing Station No. 6 on Bosque Boulevard is Waco’s smallest station but one of its busiest, responding to more than 60 percent of the city’s structure fires.

Chief Tatum said the department has been looking to relocate Station No. 6, which has access issues and could not easily be expanded. Plans for the new station are only conceptual for now, but it would likely have access on both 26th Street and Grim Avenue, he said. The new station might even house the fire department’s administration and fire marshal’s offices, he said.

Tatum said the $5.1 million price tag reflects skyrocketing construction costs. He noted that the new Station No. 5, which is under construction at 4515 Bagby Ave., cost $2.75 million.

Raul Vallejo, a developer and business owner, said the new station would help reduce crime in the area and attract developers to nearby properties.

“It would almost do wonders like it did over in East Waco,” Vallejo said, referring to Fire Station No. 1 on Peach Street.

Meek said he hopes the giant theater sign can be saved. If not, some aspect of the history will be incorporated into the facility.

“The city is ruthlessly committed in honoring the legacy of the building that was there and making sure that the history is preserved through the construction of the new facility,” he said.

City of Waco budget to use tax windfall for street program

As a kid growing up in North Waco, Ron Daniel beat a path to the 25th Street Theatre. He remembers cringing in fear as “Godzilla” screamed and…

25th Street Theatre will be razed for new fire facility

Residents got a sneak preview of the coming attractions for the former 25th Street Theatre on Wednesday.

Trump threatens executive action if no stimulus is passed

What we can learn from Covid-19 for the climate crisis

What we can learn from Covid-19 for the climate crisis 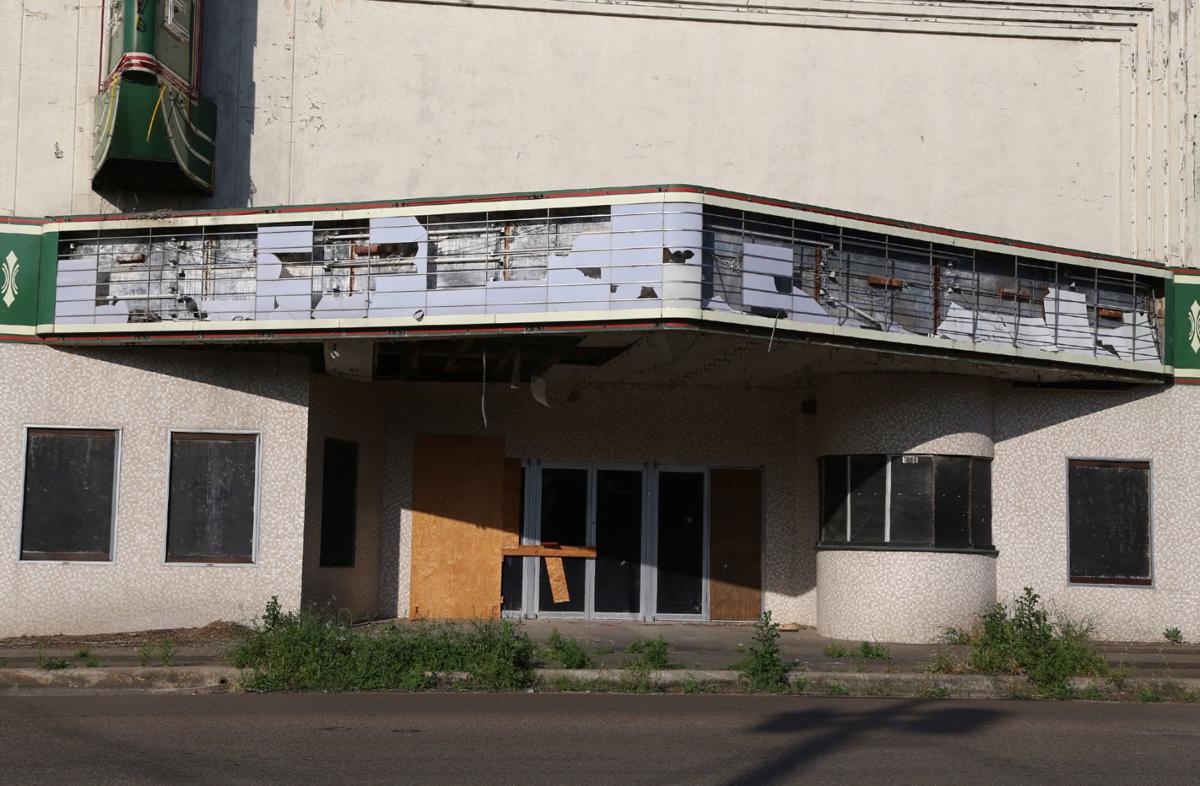 The 25th Street Theatre has been empty since 1993 and was declared unsafe by city inspectors in 2001. 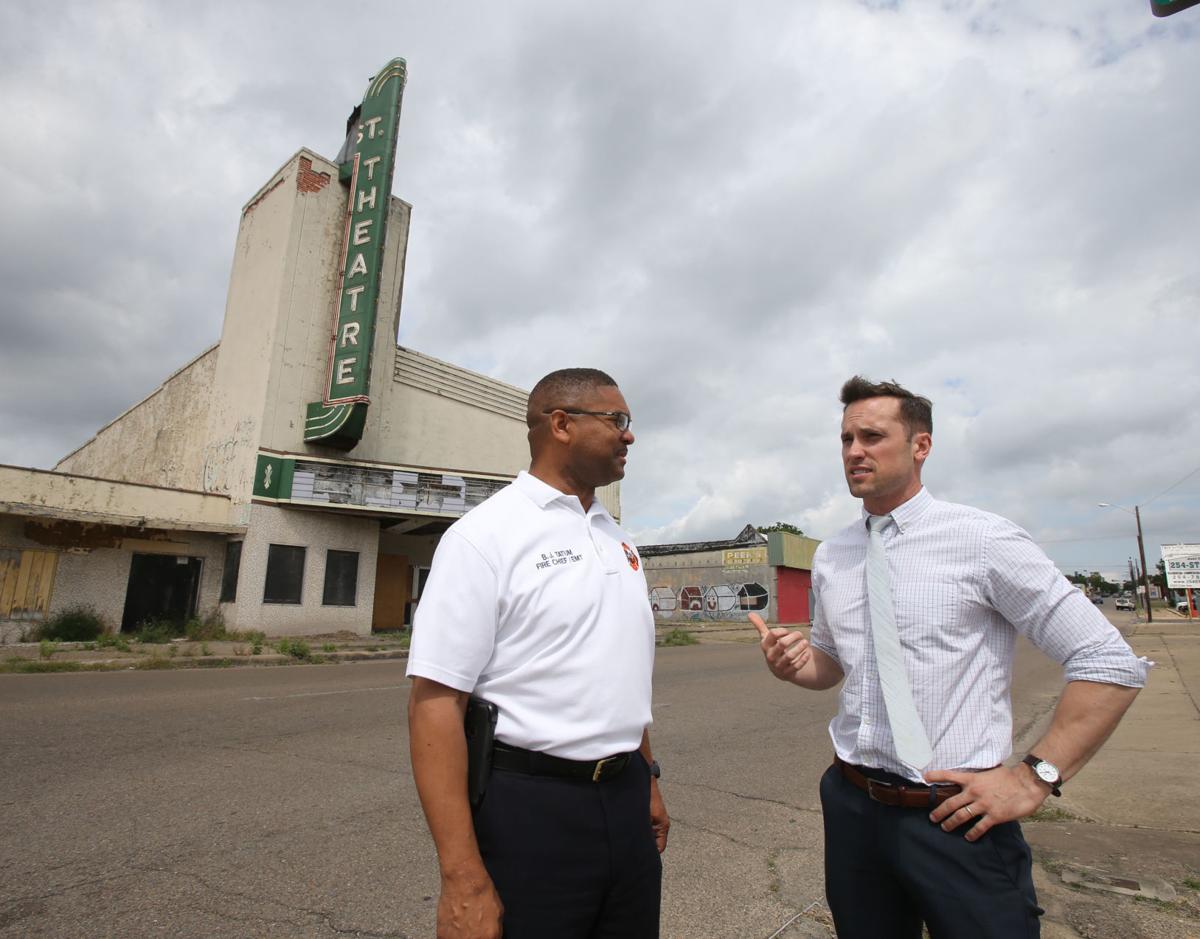 Waco Fire Chief Bobby Tatum (left), standing with District 4 Councilman Dillon Meek, said it's uncertain how much of the abandoned building can be saved, but says he would like to maintain at least the facade and possibly the landmark sign. Tatum hopes to include a community meeting room where memorabilia from the theater could be displayed. 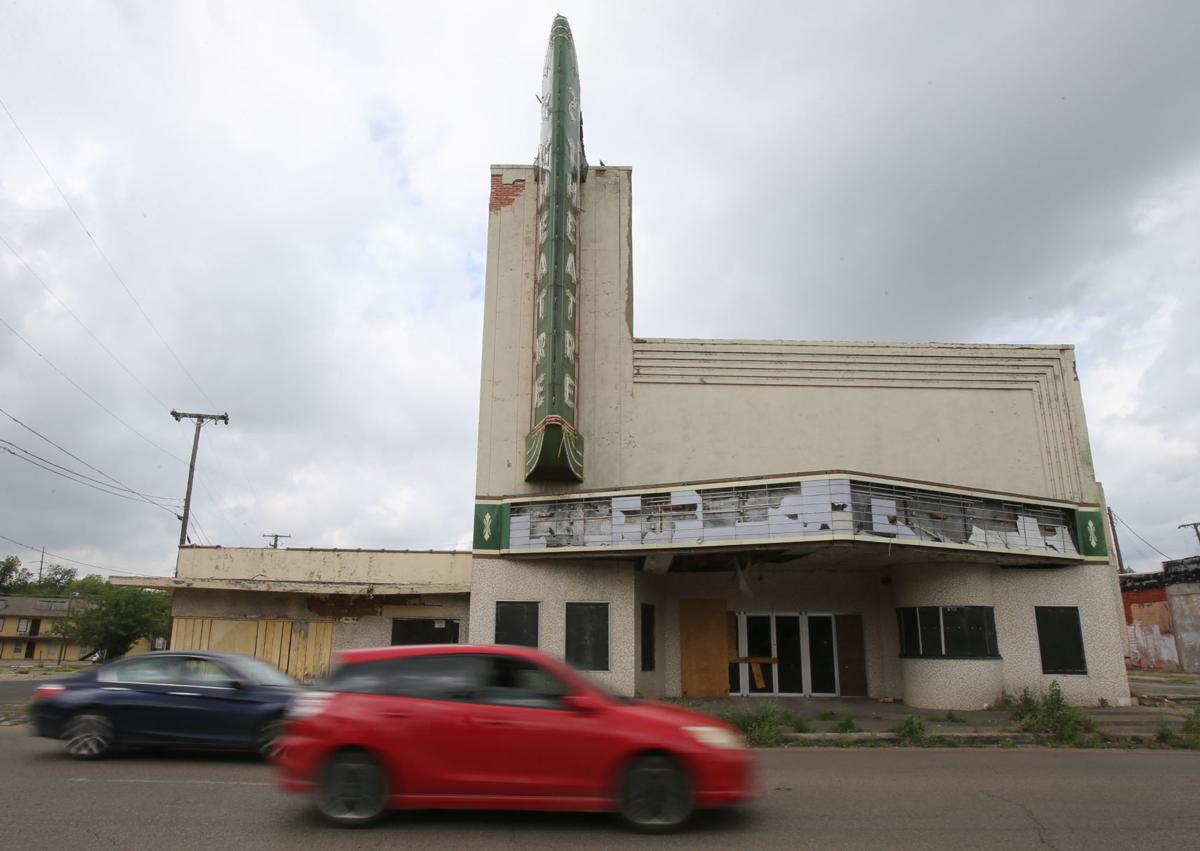