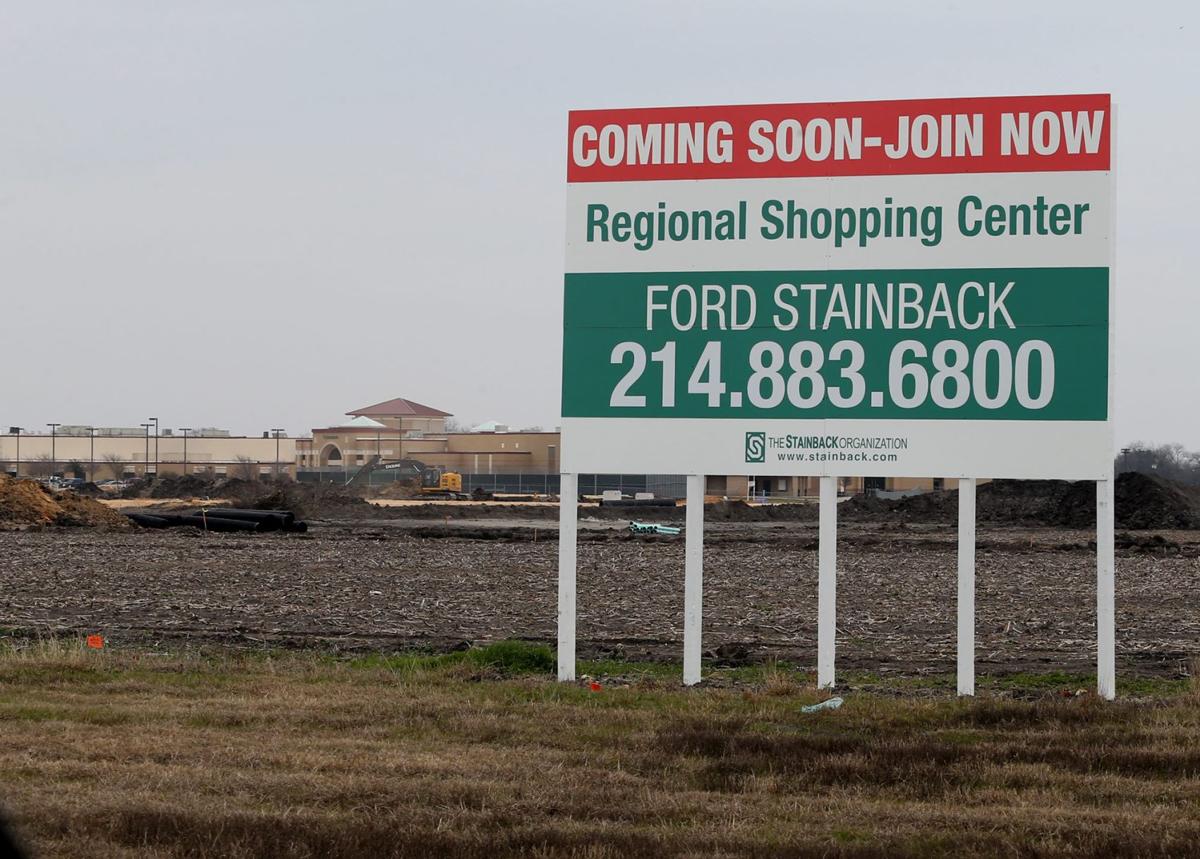 The Dallas-based Stainback Organization hopes to place a shopping center at Interstate 35 and Loop 340, across the interstate from Central Texas Marketplace. 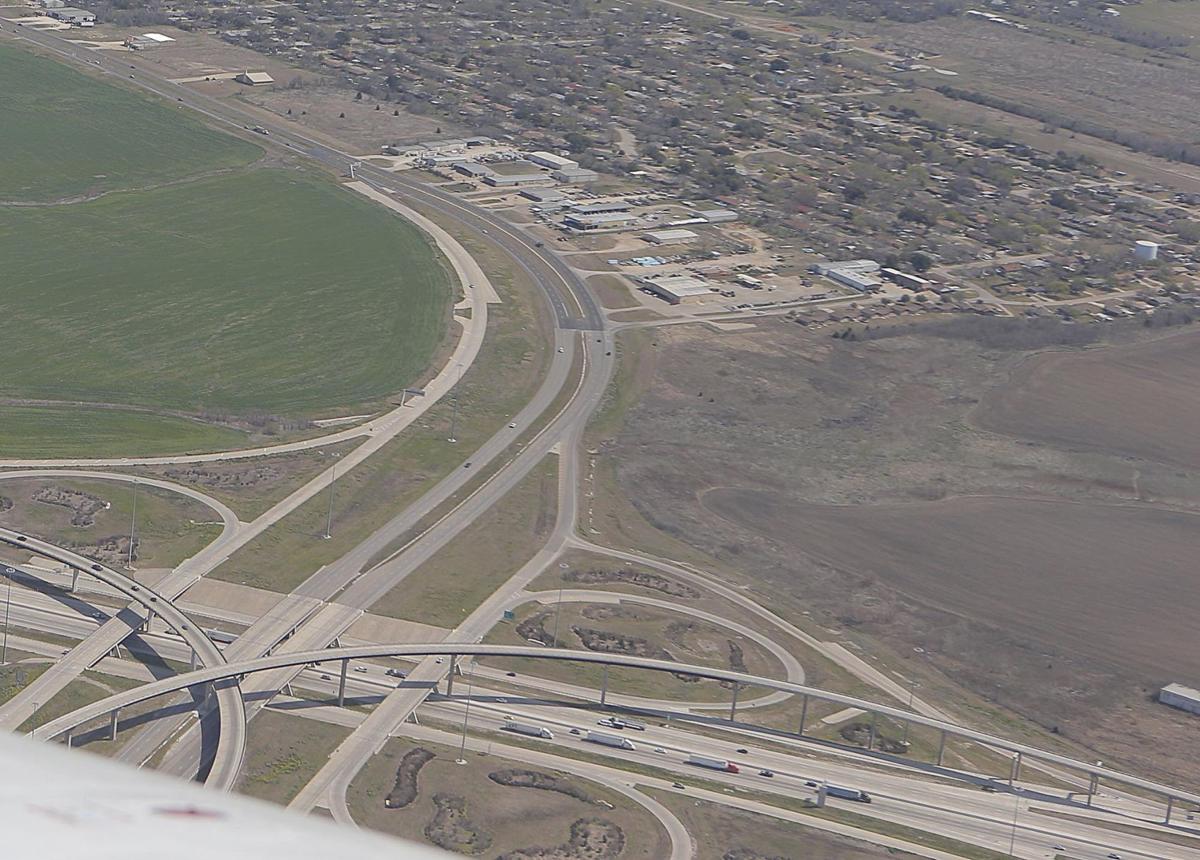 The Dallas-based Stainback Organization hopes to place a shopping center at Interstate 35 and Loop 340, across the interstate from Central Texas Marketplace. A slice of the site Stainback hopes to develop is at the top left with green cover.

The Stainback Organization of Dallas hopes to place a shopping center with high-end retailers, restaurants, family entertainment venues and a hotel or housing development on 200 acres at Interstate 35 and Loop 340, across the interstate from Central Texas Marketplace.

Stainback Chairman and CEO Kent Stainback said he hopes to buy the land as he secures commitments from potential users.

“We already are getting inquiries,” said Stainback, a Baylor University graduate. “I’ve watched this market over the years and I believe it remains underserved when it comes to retail. If you will do an analysis of other markets around the country comparable in size to Waco, and I have, you will find that to be true.”

He said a new center could create a niche for itself but also complement the marketplace nearby bounded by I-35, State Highway 6 and Bagby Avenue. Retailers started moving into a 487,000-square-foot strip there in 2004, and anchors including Kohl’s, Belk, Best Buy, Ross and Marshalls have seen the steady arrival of new stores and food attractions.

But Stainback said he thinks Waco deserves and would support a wider range of retail options, especially if they were featured in a “lifestyle” center that would include a “Dave-and-Buster’s-type concept,” high-end restaurants new to Greater Waco, possibly a fitness center, hotel and a venue that combines movie watching with dining.

“If I’m a large retailer looking at Waco, where would I go now?” Stainback said. “There is no place that matches this site for visibility and access.”

Cromwell, who is marketing 350 acres that includes Stainback’s site, said the project “already has a lot of traction, and Kent is excited about how things are coming together. Kent is continuing to work on the design phase for the roadways and utilities and he’s anxious to get some commitments.”

Stainback wants to buy 200 acres within a 350-acre tract on the northeast corner of Loop 340 and I-35, which is owned by investors from Waco and elsewhere. The group bought the land in 2013 from the families of John and Jeff Bowden. The asking price was $18 million, but the parties have declined to confirm the sales price.

The acreage “is the best vacant commercial corner on Interstate 35 between Laredo and Minneapolis,” Cromwell said, repeating a claim he made four years ago.

Commercial real estate agent Pat Farrar is not involved in the Stainback venture but said he has heard of the project.

“I’ve heard rumblings they are working on something big,” Farrar said.

He said the site Stainback has chosen to develop is prime, but he questioned the interest big-box retailers have in Waco at this time. Farrar said the area has exploded with retail development in recent years, “which is great,” but said he could not name a specific retailer now considering the Waco area.

Central Texas Marketplace has seen the arrival of Cabela’s, Havertys, La-Z-Boy, World Market and Five Below in recent years, and new restaurants including Buffalo Wild Wings and Old Chicago have helped change the landscape there, increasing the developed area to 995,000 square feet over 170 acres, according to information provided by the McLennan County Appraisal District. Those figures do not include an assisted-living village behind Central Texas Marketplace just off Bagby Avenue.

As for new restaurants Waco residents crave, Farrar said he and other commercial agents, including Cromwell, have tried to persuade brothers Chris and Harris Pappas, of Houston, to place a Pappas Bros. Steakhouse, Pappasito’s Cantina or Pappadeaux Seafood Kitchen in Greater Waco.

“The answer has always been the same, that we’re just not big enough to generate the business they need,” Farrar said. “But maybe perception is changing among the cats who have held off Waco, who have considered us a tertiary market. Maybe the ‘Fixer Upper’ phenomenon has had such an impact.”

Like Farrar, veteran commercial agent Jon Spelman said the Stainback site carries great potential, “if there is more retail out there that Waco needs.”

“I still believe Waco would be well served by having a Costco, though I don’t know if that fits into the center Stainback has in mind,” Spelman said.

Costco Wholesale operates a popular chain of members-only stores that sell a wide selection of merchandise in bulk.

A regional shopping center such as that proposed by Stainback may have a competitor in Legends Crossing, the mixed-use development across State Highway 6 from Central Texas Marketplace and directly behind Baylor Scott & White Medical Center. Amenities there include a small lake spanned by an attractive bridge popular with photographers wanting to capture the setting. Its developers have sought to create an upscale look and feel in attracting restaurants including Saltgrass Steak House and Chuy’s Tex-Mex.

Real estate agent Jimmy Banks, who promotes the 75-acre development, recently said three restaurants new to Waco are considering locating there. Banks also said four of the five remaining lots fronting the lake “are under contract or letter of intent” for purchase, and a new 15,000-square-foot strip is planned next to Saltgrass Steak House.

Cromwell said it is his understanding the regional shopping center Stainback plans would include flourishes such as water features.

Stainback, meanwhile, said his development would have an advantage over Central Texas Marketplace in terms of interstate frontage.

“When you take everything together — the retail, the potential for an entertainment venue, the hotel rooms and more — I think tremendous synergy would be created,” Stainback said. “I think people would willingly drive 20 to 30 minutes to something like that and not fight their way into Dallas or Austin.”

Ford Stainback, who has joined his father in promoting the development, said when he played baseball at Rice University, on road trips the team would stay “where the bus could be parked and the players could walk to a variety of attractions. I see the same one-stop convenience for our shopping center.”

The land to be developed lies right across Loop 340 from a 635-acre site the Bowdens sold to the Waco Industrial Foundation in June 2013.

Kris Collins, senior vice president for economic development at the Greater Waco Chamber of Commerce, said about 100 acres in the 635-acre site have been earmarked for commercial development. She said the foundation is creating a master plan for its development.

Parts of Iowa get blasted by a derecho

The Dallas-based Stainback Organization hopes to place a shopping center at Interstate 35 and Loop 340, across the interstate from Central Texas Marketplace.

The Dallas-based Stainback Organization hopes to place a shopping center at Interstate 35 and Loop 340, across the interstate from Central Texas Marketplace. A slice of the site Stainback hopes to develop is at the top left with green cover.