How do you sample a city’s life and people? Drive down its main street and view its buildings and houses? Drill down in various places and take a cultural coring?

For Waco visitors and residents alike, tours and walks offer ways to get a sense of what makes Waco Waco, from a feet-on-ground sense of the city and its architecture to drive-by views of significant homes, shops and buildings, from shopping stops to bites and sips from Waco eateries.

More than a few organized ways of looking at the city and its history have sprung up in recent years. Here’s a sample of the various views of Waco provided by tours and public walks.

What: A roughly 1.5 mile walk from the McLennan County Courthouse to the Brazos River and back, with stories of Waco history told along the way. About 2.5 hours long. Suggested $20 donation.

On the way: The McLennan County Courthouse, Waco City Hall, the Freedom Fountain, the ALICO Building, the downtown path of the 1953 Waco tornado, Indian Spring Park, the Waco Suspension Bridge, the Waco Vietnam Veterans Memorial, stories of the Reservation red light district, the Jesse Washington lynching and the shooting of William Cowper Brann in downtown Waco.

When: First Saturday of the month.

“You notice so much when you walk,” she said.

On the way: Past walks have been through parts of Waco Creek; Reynolds Park; the path of the 1953 Waco tornado; a “river walk” of local water sources; Castle Heights and Sanger-Heights neighborhoods; Elm Avenue.

When: Information on upcoming walks can be found on the Waco Walks Facebook page and an email list run by group members.

What: A look at Waco, its history and culture; the Magnolia Market at the Silos and “Fixer Upper” houses; museums such as the Texas Ranger Hall of Fame and Museum, Dr Pepper Museum and the Mayborn Museum; Baylor University and McLane Stadium; Waco churches; and neighborhood transformations. A separate food tour visits local restaurants with food and drink samples and meet-the-chef opportunities. $79, $69 for children 12 and younger, food tour $89.

“We want people to see not only the heart of Waco, but its people,” she said.

Part of that involves stories of city and neighborhood transformation as well as attention to churches and their work. Tourist interest has caused Waco Tours to expand to six tour vans, she said.

“Our goal is to help make Waco the No. 1 destination in Texas,” Seibert said.

Founder Scott Byrne started his tours in November out of a personal love for Waco and aims to introduce visitors to Waco history, neighborhoods and culture, he said. He has discovered a welcoming audience in tour participants.

“One of the side benefits (of leading the tours) is seeing how good the people are. They’re so warm and excited to be visiting Waco,” Byrne said. “There’s no red state/blue state, just good people.”

What: A look at possible sites in Waco that filmmakers might want to consider when making a movie.

Contact: Schedule with Carla Pendergraft, director of marketing with the Waco Convention Center and Visitors Bureau, by calling 750-5810.

What: Two-hour tours of downtown Waco and East Waco on a pedal-driven party bus with bar top. $25 Sundays through Wednesdays, $35 Thursdays through Saturdays.

Tour founder Jake Cockerill started Waco Pedal Tours in December as a fun way to tap into city nightlife, dining, drinking and shopping. In addition to out-of-town visitors, it has proven popular for birthday parties, nights out and corporate entertainment, he said.

The wine country around Waco

What: A look at area vineyards and their operations, complete with wine tastings and a picnic lunch in a vineyard. $90 per person.

Joey Bagnasco, general manager of Valley Mills Vineyards, started this tour last fall to show off the local wine industry and finds his customers roughly split between Waco-area locals and out-of-town tourists. Given the seasonal shift of work at a vineyard — planting, growing, harvesting and the like — what’s shown in the tours varies slightly over the year. Vineyards flower in the spring and are at their loveliest then, he said.

What: McLennan County Paranormal Investigations’ downtown Waco walk from City Hall to South Eighth Street, with an emphasis on buildings with ghost stories, sightings or sounds. $20.

On the way: 28 stops including Waco City Hall, Heritage Square, the Bank of America building (formerly the St. Charles Hotel), Liberty Building, Woolworth Suites, the Waco Hippodrome, “Bankers’ Alley” between Austin and Franklin avenues, and Fourth Street and Franklin where the ghost of a woman killed in the Waco tornado reportedly has been encountered.

Mike Jacobus of McLennan County Paranormal Investigations combines Waco downtown stories from the late 19th century to the Waco tornado with photos and drawings of former downtown buildings and audiovisual findings from his group’s monitoring of certain locations.

What: The Waco History phone app, available for iPhones and Android phones. Interactive map of Waco providing historical notes and, in some cases, audio. Free.

On the way: More than 70 locations in Waco and surrounding communities. Many downtown Waco buildings and sites, including buildings downtown, in East Waco and Cameron Park.

When: Anytime and any place you want to walk or drive. 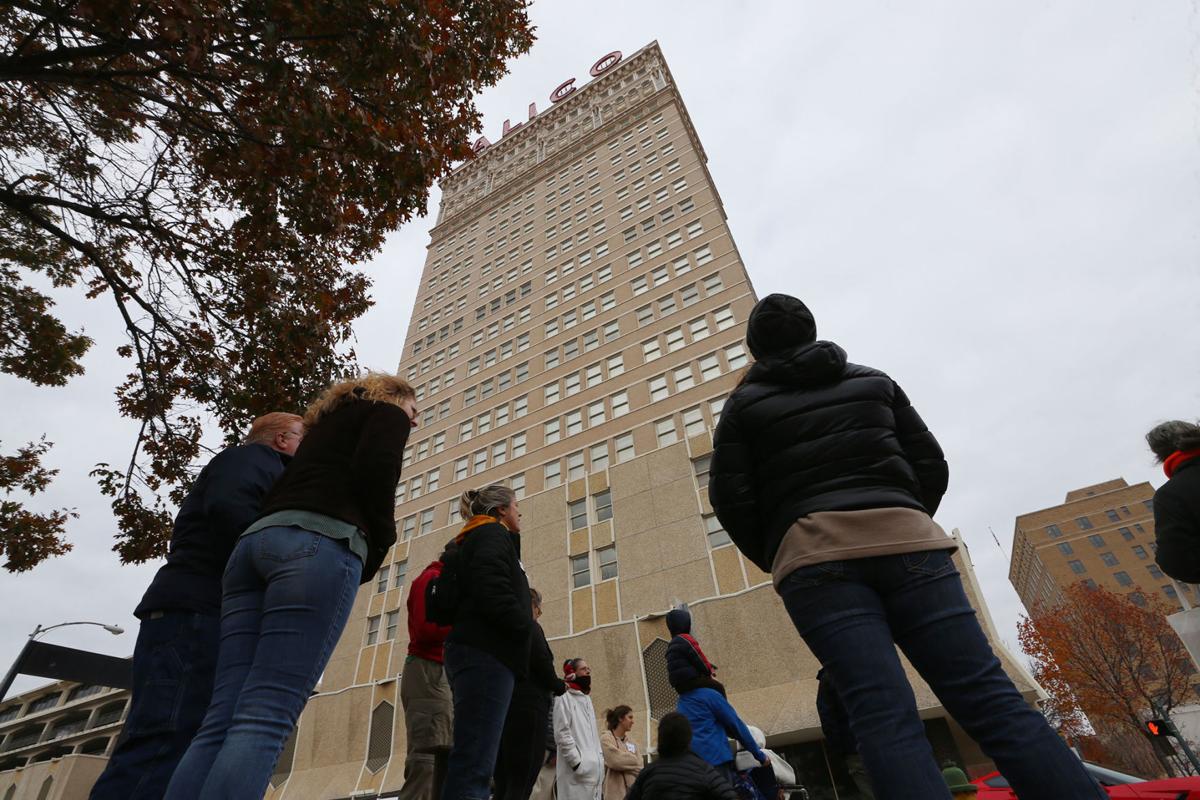 The ALICO Building, an iconic Waco landmark, is a familiar sight and stop on several Waco tours. 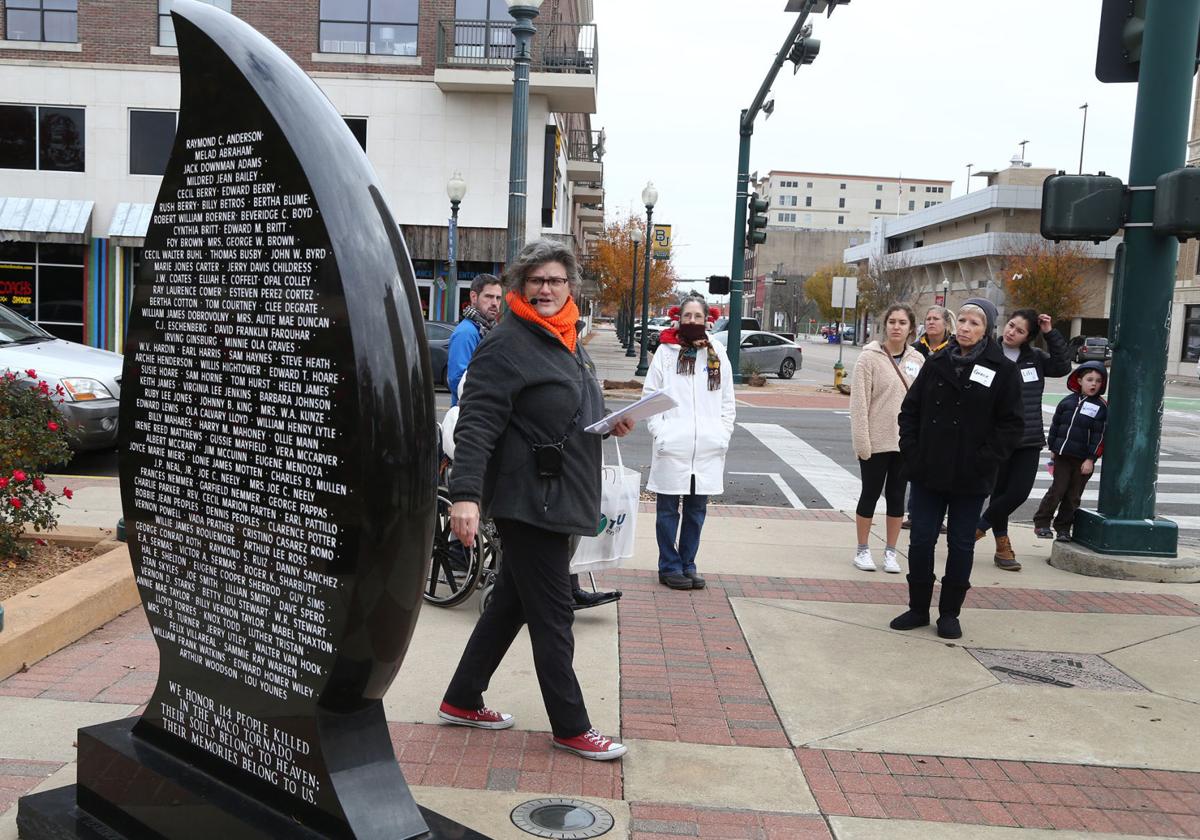 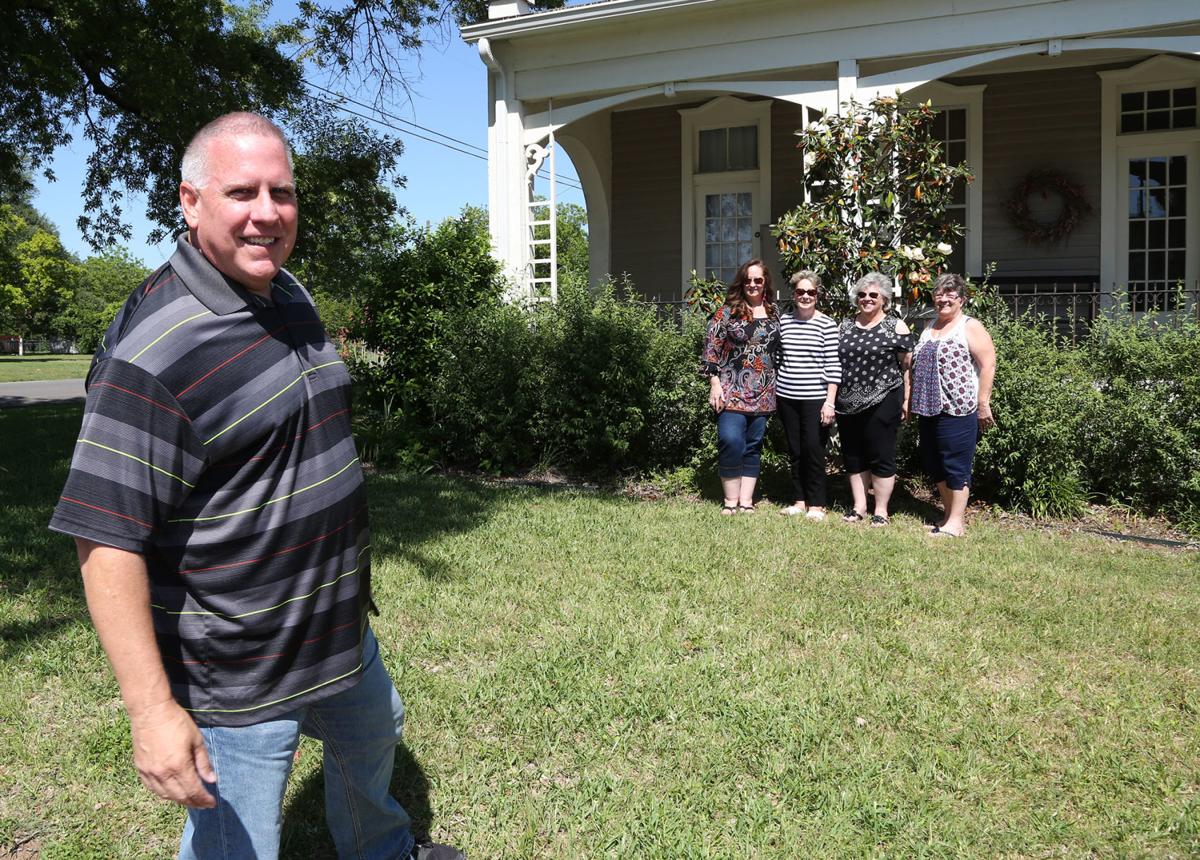 Scott Byrne with Brazos Tours stands with tour participants outside a house that was renovated on the first season of “Fixer Upper.” 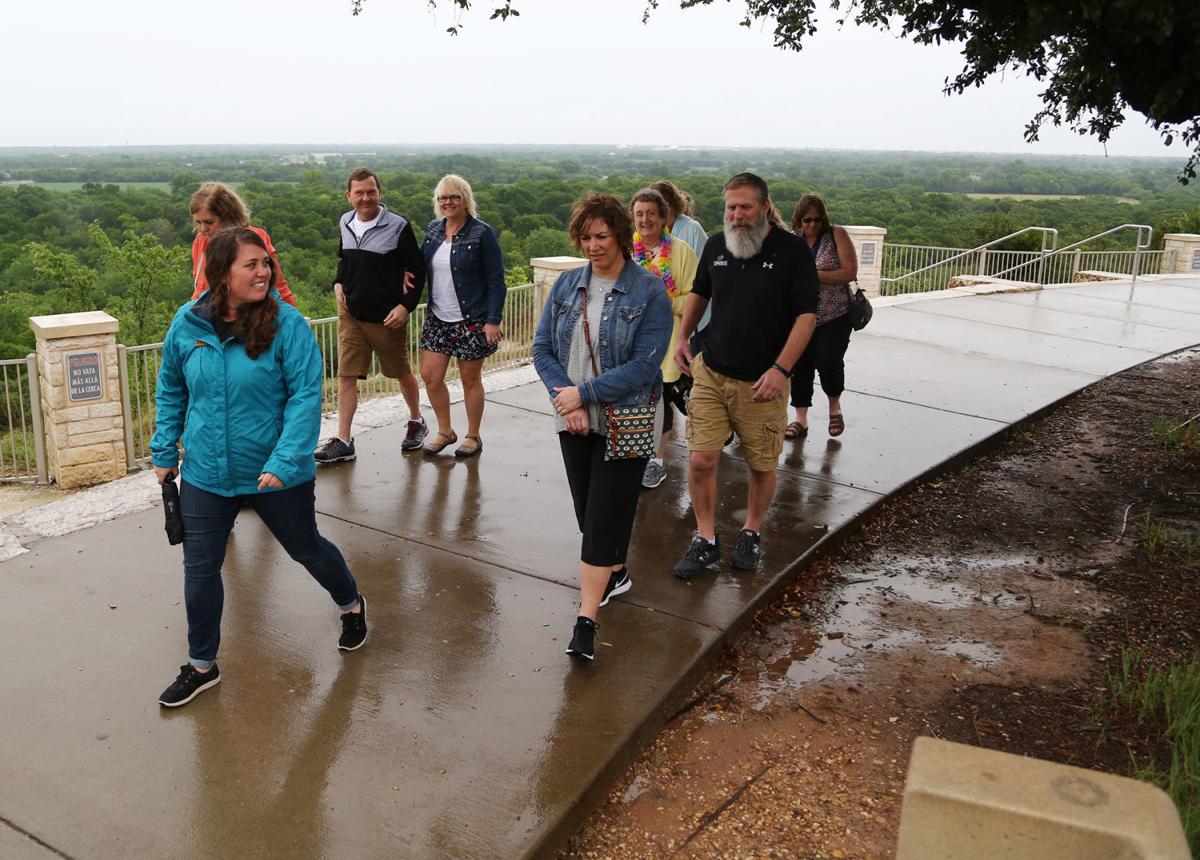 Waco Tours’ Chantel Klimko gives her tour group a view from the top of Lovers Leap in Cameron Park. 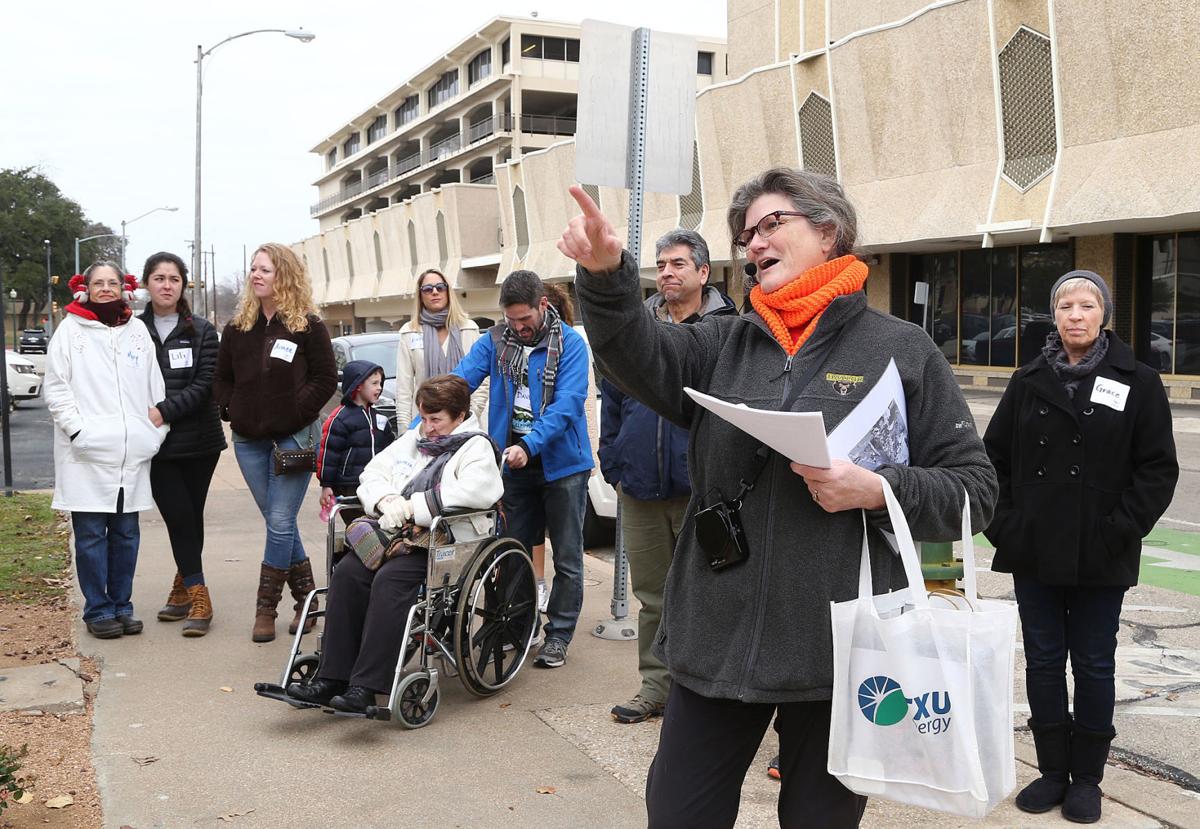 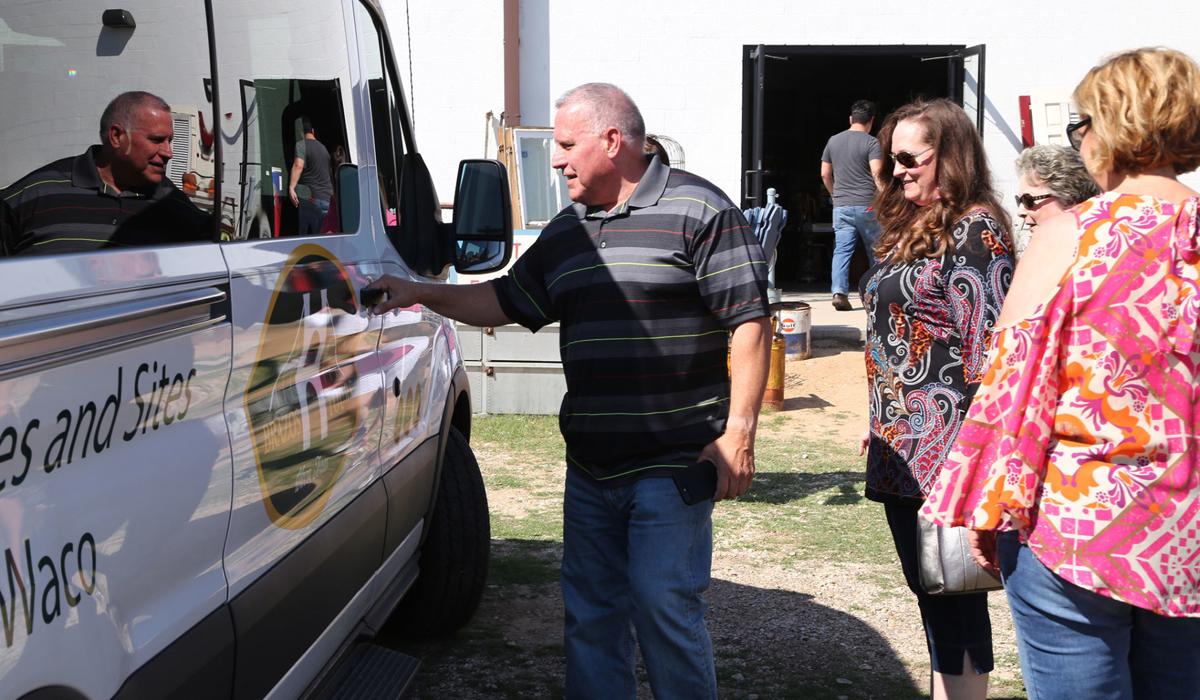 Brazos Tours’ Scott Byrne gets ready to give his passengers a look at Waco. 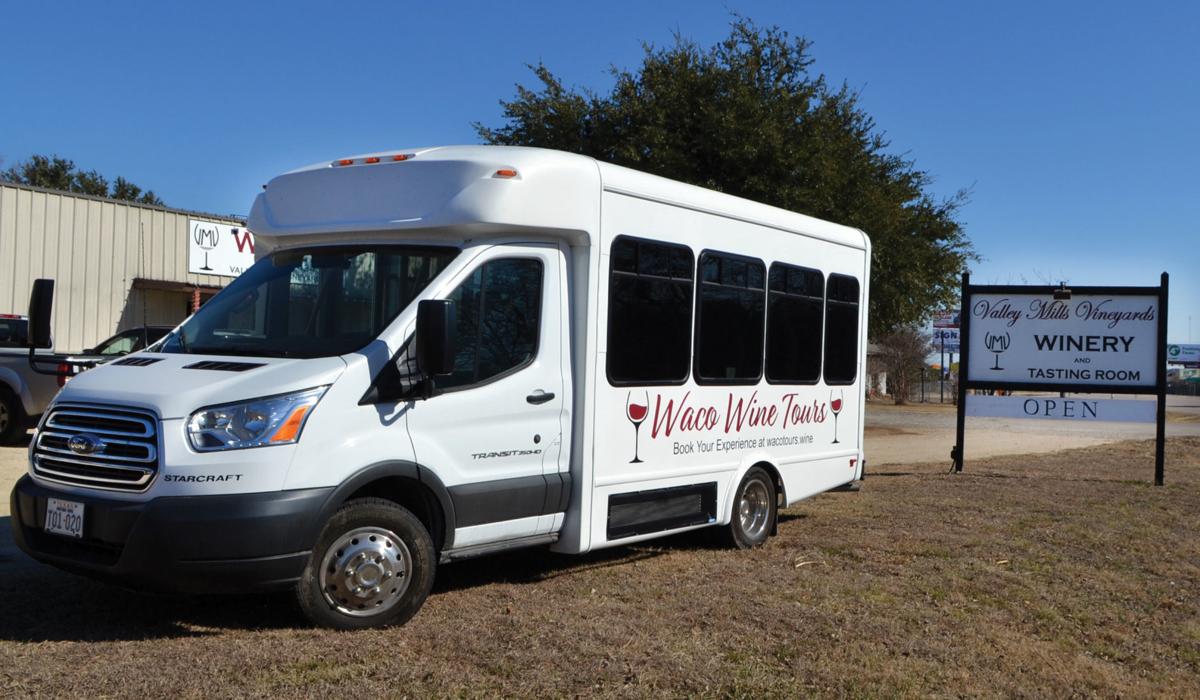 Waco Wine Tours takes its passengers to three wineries and tasting rooms in Waco and Clifton.