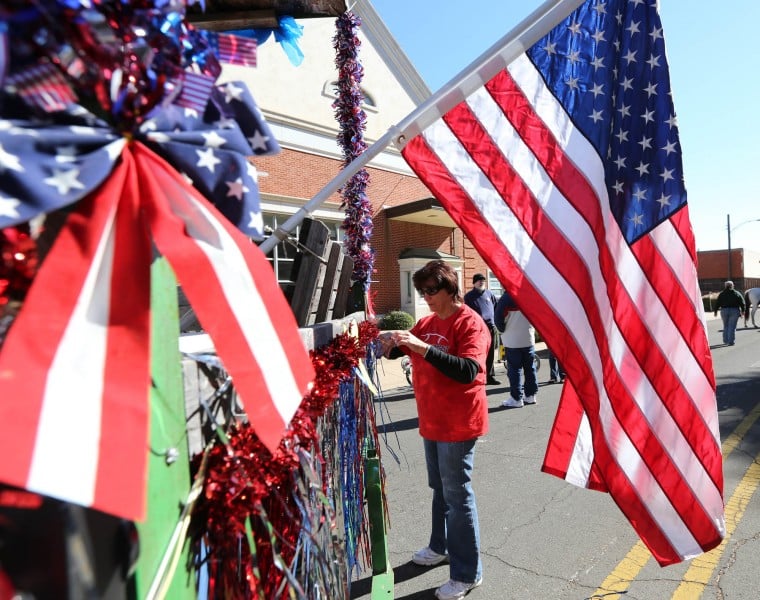 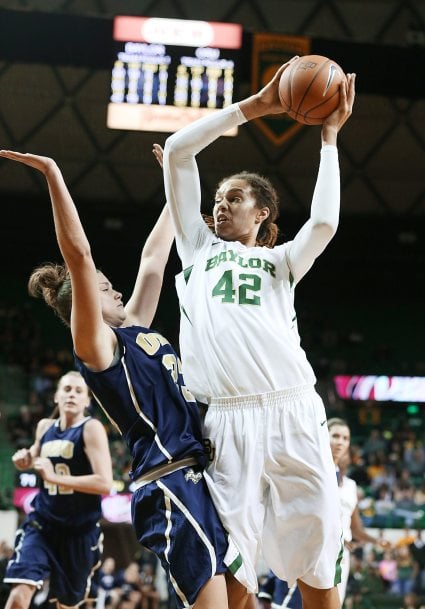 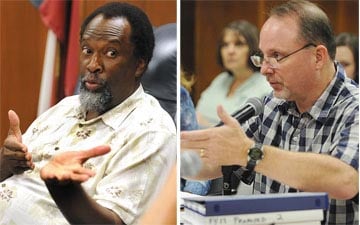 A proposal by Commissioner Lester Gibson would eliminate the two-man budget office and transfer its duties to the larger county auditor’s office — an option in state law for counties with more than 225,000 residents.

Budget officer Adam Harry and his assistant, Norm Fulmer, could lose their jobs or be transferred to work for County Auditor Stan Chambers under the plan.

Budget officer Adam Harry (right) and his assistant, Norm Fulmer, could lose their jobs or be transferred under a proposal by Commissioner Lester Gibson (left) to eliminate the budget office.

“We can’t afford to go with this hodgepodge budget process that we went through the last three years,” Gibson said. “That’s no disrespect to Adam . . . but I think that Stan Chambers is where it needs to be, and the statutes say that.”

The commissioners court is expected to discuss the proposal when it meets at 9 a.m. today at the McLennan County Courthouse.

Gibson appeared to lack the three votes needed to pass the measure. In interviews Monday, Commissioners Ben Perry, Joe Mashek and Kelly Snell said they planned to vote against it, although they agreed the budget process needs improvement.

“For checks and balances, I think we should have a budget officer,” Mashek said. “But my opinion is they need to work more closely with the auditor’s department before they present the budget to make sure everything is covered.”

Newly appointed County Judge Scott Felton said he was waiting to hear a full discussion before deciding how to vote.

Felton replaced Jim Lewis, who announced his retirement immediately after the budget passed.

“I want to hear it out because I was not here (during budget meetings) and these gentlemen were,” Felton said.

Gibson first made the proposal in August, but commissioners couldn’t act right away.

State law gives counties a four-month window to abolish a budget office, starting with the first day of the fiscal year’s second month, or Nov. 1.

Harry, who could not be reached for comment, faced criticism for summer budget meetings that some saw as disorganized and meandering.

Snell blamed much of the problem on Lewis, who insisted on using paper copies instead of Harry’s computerized budget program.

That meant commissioners tracking the process on their computers often saw different information than Lewis was presenting, Snell said.

“The budget process wasn’t confusing when (Harry) was going by the electronic version,” Snell said. “He was trying to accommodate too many people.”

Snell said Harry is highly capable and will have more time to focus on the budget this year.

Commissioners are shifting investment duties from the budget office back to the county treasurer’s office now that former five-term treasurer Bill Helton has returned, Snell said.

Volcik resigned for health reasons in September, leading commissioners to appoint Helton as his replacement.

Also, Snell said Harry will play a key role as the county expands its budget planning this year under the leadership of Felton, a former bank president.

“We need him now more than ever,” Snell said.

The move came as the county’s population reached the 225,000 threshold under state law to either appoint a budget officer or transfer budgeting duties from the county judge’s office to the county auditor.

The office has a budget of about $176,000 this year, with most of the cost in salary and benefits.

The county auditor has a $1.26 million budget and 16 assistants.

Gibson said he thinks the budget office lacks enough staff to do the job and that merging the two offices would be more efficient.

“We’ve got a duplication of service,” he said.

Chambers could not be reached for comment but previously said he was prepared to do whatever the court decides.

Unlike Harry, Chambers is independent from the commissioners court.

By law, commissioners appoint the budget officer, while the county’s state district judges appoint the auditor.

Despite that difference, Gibson said commissioners would continue having the final say on budget matters under his proposal.

If it passed, commissioners would have to decide whether to move the budget office employees under the county auditor or to eliminate the positions, he said.

Commissioners balked at the rate hike and spent a month trying to reduce it through spending cuts before rejecting the budget by a 3-2 vote Aug. 28.

Hours later, they voted 3-2 to approve a hastily prepared budget proposal from Gibson and Chambers that largely held spending to projected 2012 levels and lowered the tax rate increase to 2 cents, or 4.3 percent.

The budget left some areas with too much or too little money for 2013, which required multiple amendments.

Commissioners still are considering how to answer requests from department heads for items that didn’t survive the spending cuts.

The full meeting agenda is available online at www.co.mclennan.tx.us.