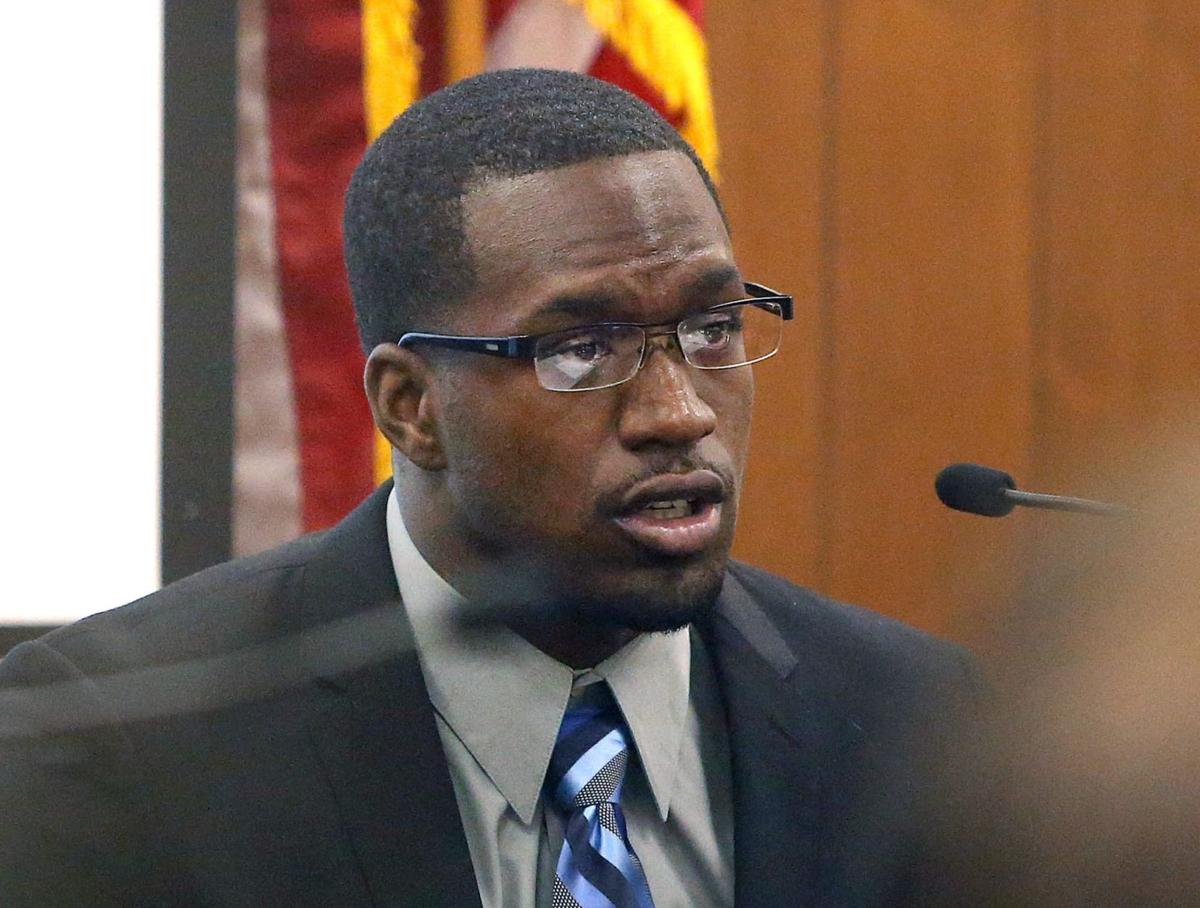 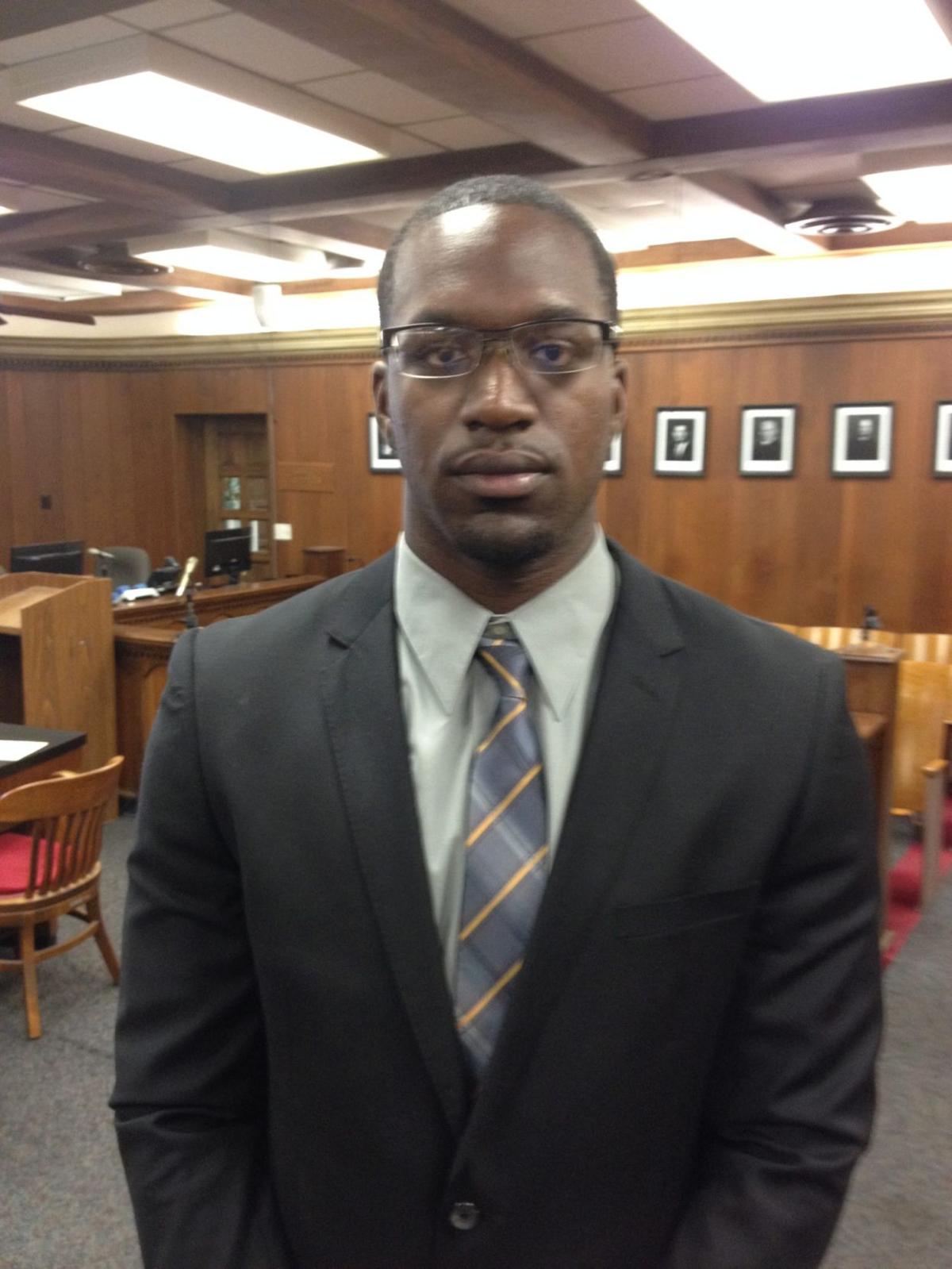 STATEMENT: Art Briles on the transfer of Sam Ukwuachu

Jurors in Waco’s 54th State District Court deliberated about 5 1/2 hours before finding the 22-year-old defensive end from Pearland guilty of one count of sexual assault.

Ukwuachu took off his glasses and sobbed loudly as Judge Matt Johnson polled the jury following his conviction. After court recessed Thursday night, the judge found Ukwuachu’s bond insufficient and ordered him jailed.

Ukwuachu testified Thursday that his sexual encounter with the then 18-year-old freshman was consensual and that he has too much respect for women to treat one that way.

That opened the door for prosecutors Hilary LaBorde and Robert Moody to call Ukwuachu’s former girlfriend at Boise State, who told the jury Ukwuachu punched her in the head several times, choked her, physically restrained her from leaving and had a violent temper.

Ukwuachu denied that he ever struck her or any woman.

Ukwuachu is seeking probation, and faces from two to 20 years in prison.

The woman, who is now 20 and playing soccer at another Texas university, testified she met Ukwuachu through the Baylor athletic tutoring program and they struck up a friendship.

She said she went with him to his apartment following a Baylor homecoming party and he sexually assaulted her in the bedroom of his South Waco apartment.

She said she screamed and yelled “no” constantly during the assault but he sexually assaulted her before falling asleep, leaving her scrambling to find a way home.

Baylor investigated the incident, but Associate Dean Bethany McCraw testified outside the presence of the jury that she determined “by a preponderance of the evidence that there was not enough evidence to move forward.”

Ukwuachu was not arrested until the case was forwarded to the district attorney’s office. Baylor had cleared him to play until he was indicted, according to defense attorney Jonathan Sibley.

After Ukwuachu’s conviction, Baylor released a statement from spokeswoman Lori Fogleman that said Baylor is committed to “maintaining a safe and caring community.”

“Acts of sexual violence contradict every value Baylor University upholds as a caring Christian community. In recent years we have joined university efforts nationally to prevent campus violence against women and sexual assault, to actively support survivors of sexual assault with compassion and care, and to take action against perpetrators,” the statement says.

Ukwuachu is taking graduate courses at Baylor and Sibley said before trial that Baylor would allow Ukwuachu to play if acquitted. He has not played at Baylor since transferring from Boise State in 2013 after he was dismissed from the team for violating unspecified rules.

Ukwuachu said the woman had spent the night at his apartment before and he expected her to stay again after they had sex. He said she did nothing to indicate to him that she was upset or that the sex was anything but consensual.

The woman testified Tuesday that Ukwuachu told her “this is not rape” during the assault and asked her afterward if she was going to report the incident to police.

During their deliberations, jurors asked to see a report from the nurse who performed the sexual assault examination, which noted signs of sexual assault.

McCraw, the Baylor dean, testified she did not review the nurse’s report or review Boise State disciplinary records before making her determination in the case.

Ukwuachu said he was “shocked” when he found out about her allegations three days later.

Under cross-examination from Moody, Ukwuachu acknowledged that he reposted on social media a picture from his friend that showed a woman shielding her face with her arms and the caption, “Real men don’t rape.”

He said he posted it because he thought it was funny and that Baylor officials asked him to take it down.

Ukwuachu acknowledged that he did not describe the same specific sex acts with police or Baylor officials that he testified about Thursday. He explained that he thought anything short of penetration is considered oral sex.

“You are a college graduate and you don’t know the definition of oral?” an incredulous Moody asked.

“What was your favorite part about the event?” Moody asked. “Was it when she was screaming ‘no,’ ‘stop?’”

“I would not do that,” Ukwuachu said. “I respect women.”

That response allowed Moody to ask about incidents at Boise State with his former girlfriend, Jacquelina Wonenberg. Ukwuachu denied he ever hurt her.

“Why did you have to take anger management classes at Boise State? She is here to testify. Do you want to tell this jury the truth?”

Ukwuachu said he was not thrown off the Boise State team because of his volatile relationship with Wonenberg.

He said he stutters and it made him depressed and suicidal. He was hospitalized for three days. After he got out, he said he got drunk and punched a window and cut himself.

He said the coaches were worried about his state of mind and asked him to leave the team.

Art Briles has taken his chances on several transfers with troubled pasts throughout his eight years at Baylor.

Rushing to judgment and throwing a rope over a tree limb is an American vice. So it goes in condemning judge, jurors, police, coaches, adminis…

Baylor inquiry into handling of sex assault finished, school to enlist outside investigator

IN DEPTH: Baylor to undertake independent inquiry into handling of Ukwuachu sex assault

Baylor University released the following statement to the media at 5:30 p.m. Friday:

Baylor athletics released the following statement to the media at 5:54 p.m. Friday:

Baylor recruited Samuel Ukwuachu out of Pearland High School, but he wanted to go out of state to play college football.

Sam Ukwuachu’s dismissal from Boise State University was not related to any acts of violence toward women, Boise State said in a statement rel…

Baylor announced Friday night that it will hire an independent attorney to investigate the school’s handling of the incident and is creating a new position to oversee athletes’ behavior.

Coming into perhaps the most anticipated season in school history, Baylor coach Art Briles and his players found themselves defending the foot…

For as long as I can remember, Baylor has been fiercely protective of its reputation, both as a university and an athletics program.

Baylor University’s board of regents announced Wednesday that it has hired a Philadelphia law firm to conduct a “thorough and independent external investigation” into how the university handles cases of alleged sexual violence.