Baylor University settled a Title IX lawsuit Friday that was filed by a former volleyball player who alleged four to eight football players drugged and gang raped her in 2012.

Several Baylor officials did not properly respond to her claims, the unnamed plaintiff said in her lawsuit filed 14 months ago in Waco’s U.S. District Court.

The case reflected the complicated nature of Baylor’s sexual assault scandal, through its various conflicting accounts of who knew which details about the assault, and when, in the months and years after the incident.

It is the fifth Title IX lawsuit Baylor has settled. The only remaining suits filed by alleged sexual assault victims are led by Waco attorney Jim Dunnam and Houston attorney Chad Dunn. They represent 15 former students.

“Baylor University understands that survivors of sexual and interpersonal violence seek resolution in many ways,” according to a university statement. “In reaching a legal settlement, we acknowledge the challenges this survivor has endured and realize it’s a small step in the healing process.

“Under new leadership, Baylor has taken significant actions in response to past reports of sexual violence within our campus community and implemented 105 improvements to our Title IX policy, processes and procedures. We remain steadfast in our commitment to properly respond to incidents of sexual assault, interpersonal violence and harassment.”

The lawsuit contained explicit descriptions of the alleged gang rape. Players yelled, “Grab her phone! Delete my numbers and texts!” following the rape in an off-campus apartment, and the plaintiff recalled glow-in-the-dark stars on the ceiling, according to the complaint.

Freshman football players were tasked with bringing women to the parties, where they would be drugged and gang raped, “or in the words of the football players, ‘trains’ would be run on” the women, the plaintiff, referred to as Jane Doe, alleged.

She accused the players of hazing, burglary, harassment and dog fighting in the complaint, the seventh Title IX lawsuit Baylor faced since March 2016.

Doe’s Houston lawyer, Muhammad Aziz, did not return a request for comment.

In June, the university moved to dismiss the suit, saying the complaint “reads like an extended press release … attempting to use inflammatory allegations and speculation about sexual assaults of other women, unrelated in time or place to her own alleged sexual assault, to bolster her claims and unfairly prejudice Baylor.”

Football players tried dissuading Doe from thinking she was raped, according to the suit. One player told her she “wanted it” and said another had photographed her nude during the incident, according to the complaint.

The plaintiff and her family received harassing text messages from players who created fake numbers, she said.

One football player allegedly told her she was too “easy” for him to be attracted to her and that a football coach once said the players “don’t want easy.”

Players then burglarized her apartment, stealing money and a necklace, according to the suit. No charges were filed with Waco police because of an understanding the players would return her belongings, she said in the suit.

According to the suit, the plaintiff personally told Art Briles, the head football coach who was fired in May 2016, about the burglary. Briles allegedly “hurried the meeting along” and did not act. Briles does not remember such a meeting, his lawyer told ESPN’s Paula Lavigne and Mark Schlabach last year, and he later kicked two connected players off the team when he heard they were involved. The lawyer also said the plaintiff asked an assistant coach to reinstate one of them.

The players allegedly tried to justify the burglary by spreading the rumor Doe stole their dog.

According to the suit, Doe took a player’s dog to a veterinarian earlier that year because it was injured in a dogfight organized by football players.

Doe told her mother she had been raped four moths after it happened, according to the suit. Doe’s mother met with an assistant football coach and listed the players who were involved, the lawsuit states. ESPN identified that coach as former strength and conditioning coach Kaz Kazadi.

Kazadi allegedly then spoke to two of the players, who said there was consensual “fooling around” with the woman and compared the incident to “a little bit of playtime.” Kazadi later told Briles the mother was concerned about her daughter “partying” with football players. Briles’ lawyer told ESPN the first Briles heard it was a rape allegation was from her coach, Jim Barnes, in April 2013.

Aziz wrote in the suit that three Baylor regents described these developments in an unrelated legal filing in February 2017. Other football coaches heard about the incident and engaged in victim-blaming, according to the suit, and no action was taken. A hostile educational environment was created for the plaintiff because she would see the alleged rapists around campus and in her classes, according to the suit. The lawsuit also said she told a Baylor counselor about the assault and the players involved, but the counselor did not inform her of her rights or options to report it.

In April 2013, Doe and her parents met with Barnes and an assistant coach, and the details of the alleged gang rape, including the names of the players, were mentioned, according to the suit.

Barnes then passed the information to then-Athletics Director Ian McCaw and to Briles, who allegedly said, “Those are some bad dudes … why was she around those guys?” This quotation by Briles was also revealed in the February 2017 legal filing by the regents.

Barnes told ESPN Briles wanted her to file a police report, as did Barnes. The Fort Worth Star-Telegram reported last month that Barnes said Briles never intended to cover up the report.

McCaw incorrectly believed there was nothing Baylor could do if Doe would not press charges, according to the suit. According to Barnes’ account to ESPN, McCaw suggested Barnes call the judicial affairs office. Barnes told ESPN the person who answered his phone call told him only the alleged victim could make the report.

According to the lawsuit, Doe or her parents never said they did not want to report the incident to judicial affairs.

During a May 2013 mission trip to Africa, a football player allegedly told Doe that up to eight football players had raped her. She then withdrew from the university when she returned.

In February 2015, then-Title IX Coordinator Patty Crawford informed top officials of three alleged gang rapes by football players, and McCaw allegedly denied having prior knowledge of the incident in 2013, according to the suit.

McCaw later admitted to the falsehood in 2015, according to the suit. Meanwhile, current and former athletic department employees tried to prevent Doe from speaking to reporters about her case, the plaintiff said.

In November 2016, the case took a turn when the university confirmed to the Dallas Morning News that no one — including Briles, McCaw, Barnes or another sports administrator — reported the allegation to Baylor’s judicial affairs office.

Baylor President Ken Starr was also fired in May 2016 after a law firm found “fundamental failure” in Baylor’s Title IX implementation campuswide and a football program operating “above the rules,” regents reported. The regents’ legal filing laid out more allegations of Briles’ tendencies to keep players out of the school’s disciplinary system.

Crawford, the former Title IX coordinator, said in November 2016 that the university drove a discriminatory culture and would not fund her office. The university strongly denied her claims.

In a deposition last month, McCaw said regents had pinned the scandal on black football players and a launched a “smear campaign” against the athletic department.

Baylor has also reached settlement agreements with at least three women who did not file lawsuits. 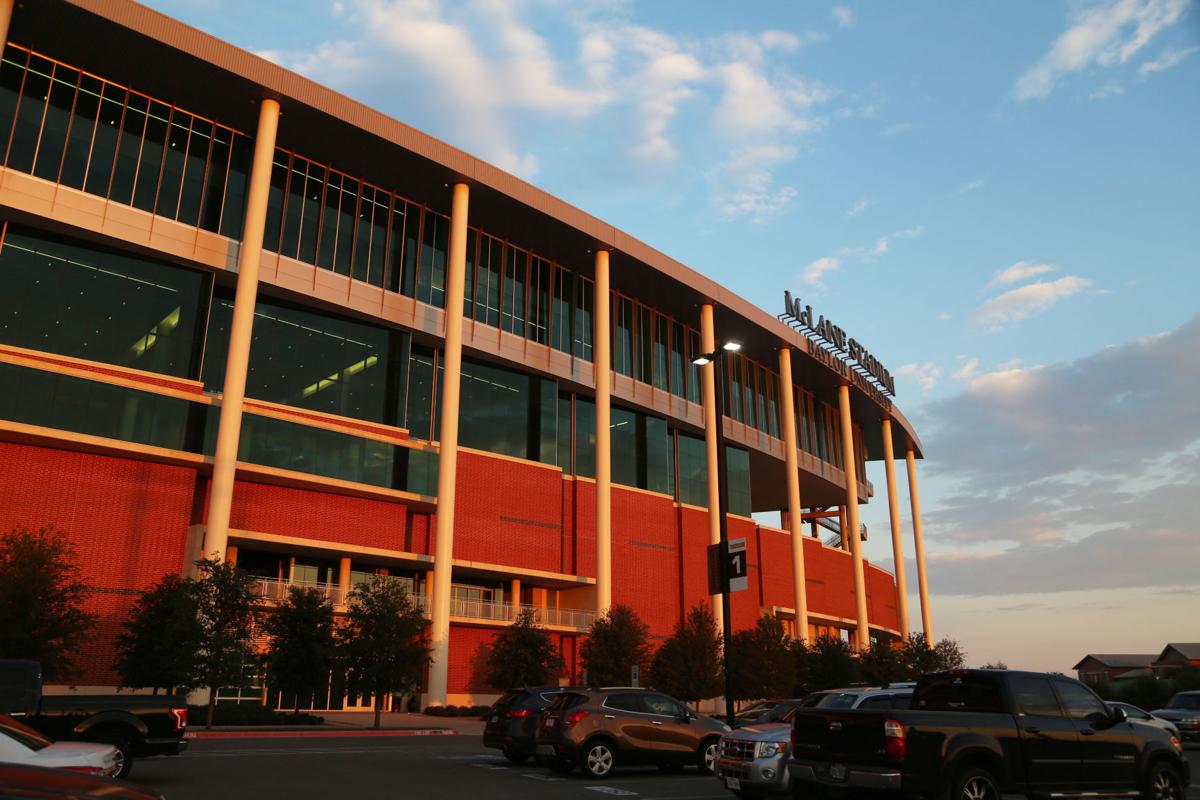 Baylor University settled a lawsuit Friday with a former volleyball player who alleged four to eight football players gang raped her in February 2012. 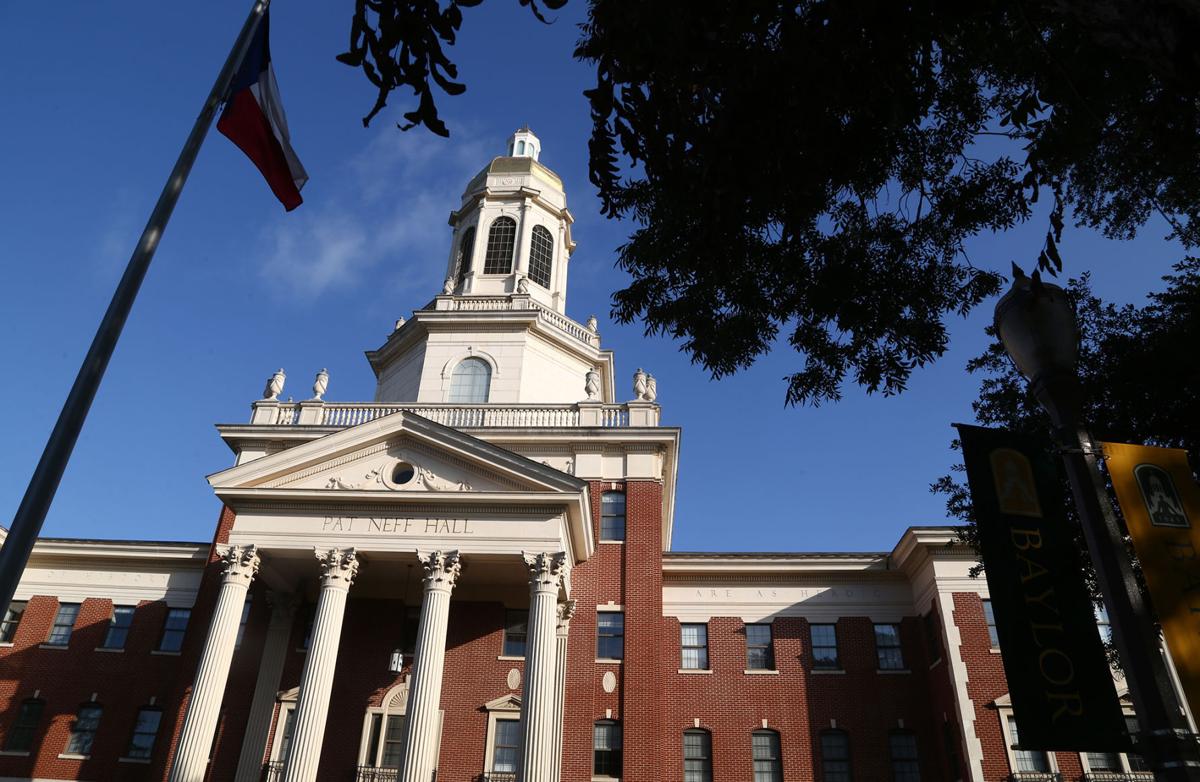 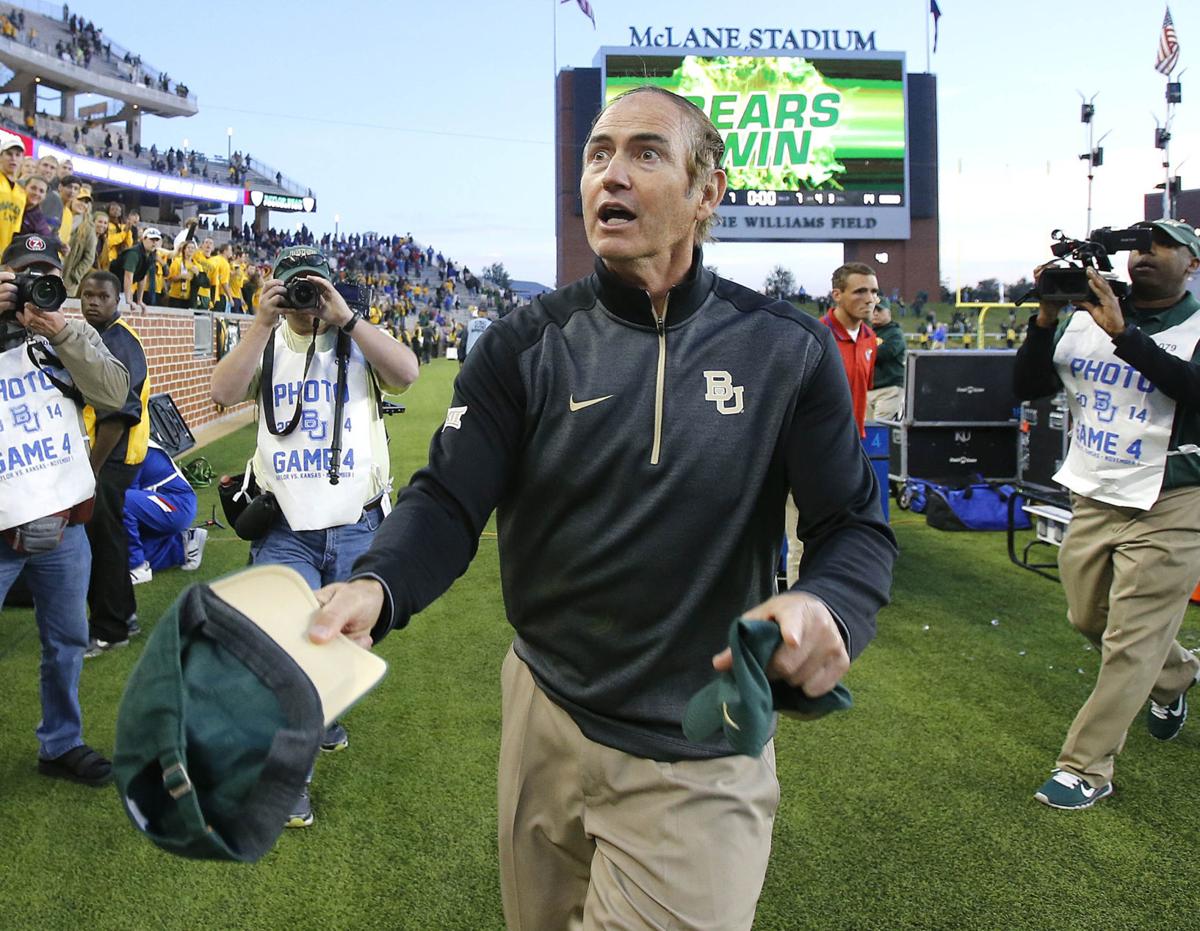 Baylor University head football coach Art Briles has yet to secure a job after he was fired in May 2016 amid a sexual assault scandal.