An Arlington man who terrorized a Crawford woman and her family before killing her in 2015 and wounding one of her sons was sentenced to life in prison with no parole Monday.

In a plea bargain that spared him a potential death sentence, James Ray Brossett, 50, pleaded guilty to capital murder in exchange for prosecutors waiving the ultimate penalty.

Judge Matt Johnson of Waco’s 54th State District Court accepted the plea agreement and sentenced Brossett, who formerly owned a masonry company in Tarrant County, to life in prison without the possibility of parole.

Brossett pleaded guilty in the July 2015 shotgun slaying of Laura Patschke, whom he once dated before stalking her and terrifying her children and neighbors.

At the time of Patschke’s death, Brossett was free on two bonds related to stalking and violating the conditions of his bonds, which ordered him to stay away from Patschke.

McLennan County District Attorney Abel Reyna, who initially said he would seek the death penalty in the case, told the court at a previous hearing that Brossett drove from Arlington to Crawford that night, knowing that Patschke’s son Trevor and his younger brother and sister had just returned to their mother’s home from a holiday visit with their father. Brossett intended to kill the whole family, Reyna said.

Reyna left the hearing to meet with Patschke’s family and did not return phone calls Monday seeking comment about the case.

After sentencing, Brossett bowed his head and cried during victim-impact statements from Laura Patschke’s sister, ex-husband and neighbor.

Taking the witness stand, Patschke’s older sister, Elizabeth Baumgart, of Austin, glared for several seconds at Brossett before asking him, “I look a little bit like her, don’t I.”

“This wound cannot heal,” she said. “We can only draw closer and live our lives as Laura would have wanted us to do.”

Baumgart was critical of the McLennan County Sheriff’s Office, saying deputies were aware that Brossett’s behavior was becoming increasingly erratic and failed to protect her sister. She said it is called the criminal justice system, not the victims’ justice system, and her sister and the family found that out the hard way.

“The system let her down. It let us all down,” she said. “I’ve been told by a member of the sheriff’s office that this case will haunt them forever. It should. Maybe now they will do more for the next woman who finds herself in this kind of situation,” Baumgart said.

Calling Brossett a “monster,” Baumgart said he deserves to be executed.

“You viciously killed my sister and then hunted my nephews like animals in the woods,” Baumgart said. “ I hope that you will forever be tormented by the sounds of Laura and the children screaming. I hope you rot in hell, for this is what you have chosen for yourself.”

McLennan County Sheriff Parnell McNamara, who attended the hearing with several of his deputies, declined comment about Baumgart’s statements.

“He is a very coldblooded, sadistic killer. One of the worst I’ve ever dealt with,” McNamara said Monday of Brossett.

McNamara, along with his deputies, tracked Brossett to Burleson, where he was hiding at a friend’s house in the early-morning hours after the murder.

Brossett’s attorneys, Walter M. Reaves Jr. and Michelle Tuegel, said Brossett made a “terrible mistake” that he “will have to live with the rest of his life.”

“He has expressed a deep sense of remorse to us for the pain he caused this family, and yet he knows no matter how remorseful he is, it will never replace what he took from this family,” the lawyers said in a statement. “We believe and have seen that James Brossett’s life still has value, and that James is more than the worst thing he has ever done. James now has the merciful opportunity to live the rest of his life in prison, and for that he is grateful.”

Brossett, who has been in the McLennan County Jail since July 2015, had sent Patschke more than 200 harassing text messages on the day he was freed from jail the last time. He also showed up in her driveway on numerous occasions and acted like he was going to run over Patschke while she and her friend and neighbor, Amy Maddox, walked through the previously quiet neighborhood.

“You introduced evil to a small community where everyone knows each other and all the kids are friends,” Maddox said in her victim-impact statement. “After this, the whole community of kids were scared and filled with anxiety, wondering if something like this was going to happen to their mothers.”

Maddox said that despite his camping out in her driveway, sending texts, stalking and harassing Patschke, refusing to leave her alone and forcing her to install security cameras and new locks, neither expected him to kill her.

‘Who can fathom such evil?’

“Who can fathom such evil?” she asked. “Still, you did not win. You may have taken Laura from us, but she still lives on in the smiles of her children and the laughter of her friends and family.”

Because of the harassment, Patschke’s sons slept with loaded weapons near their beds because they were aware of Brossett’s violent tendencies, Reyna said at the previous hearing.

The morning of Patschke’s killing, Brossett kicked open a door and went to Patschke’s bedroom and fired a shot at her. The boys ran from their rooms with guns, and Brossett shot Trevor Patschke in the arm, Reyna said.

As their sister hid in her room, the boys fled the house, Reyna said. Brossett then returned and fired two more shots at Patschke, striking the 47-year-old at close range with his 12-gauge shotgun.

Brossett had a flashlight taped onto his shotgun barrel and went outside to look for the children to “finish what he had started,” the district attorney said.

Brossett later found the keys to Patschke’s car, which he drove to where he had parked his truck, Reyna said. Brossett left her car and drove his truck to the Fort Worth area, where authorities arrested him.

Brossett served three years in prison after pleading guilty to assault-family violence with bodily injury in 2003 and has a 1997 conviction for violating a protective order. He has three other arrests relating to violence against women dating back to 1987, prosecutors said.

An intermediate appellate court in Waco has reduced the bail for an Arlington man charged in the July shooting death of a Crawford woman, ruli…

An Arlington man who authorities say became obsessed with a Crawford woman after their breakup was indicted Wednesday in the woman’s July slaying. 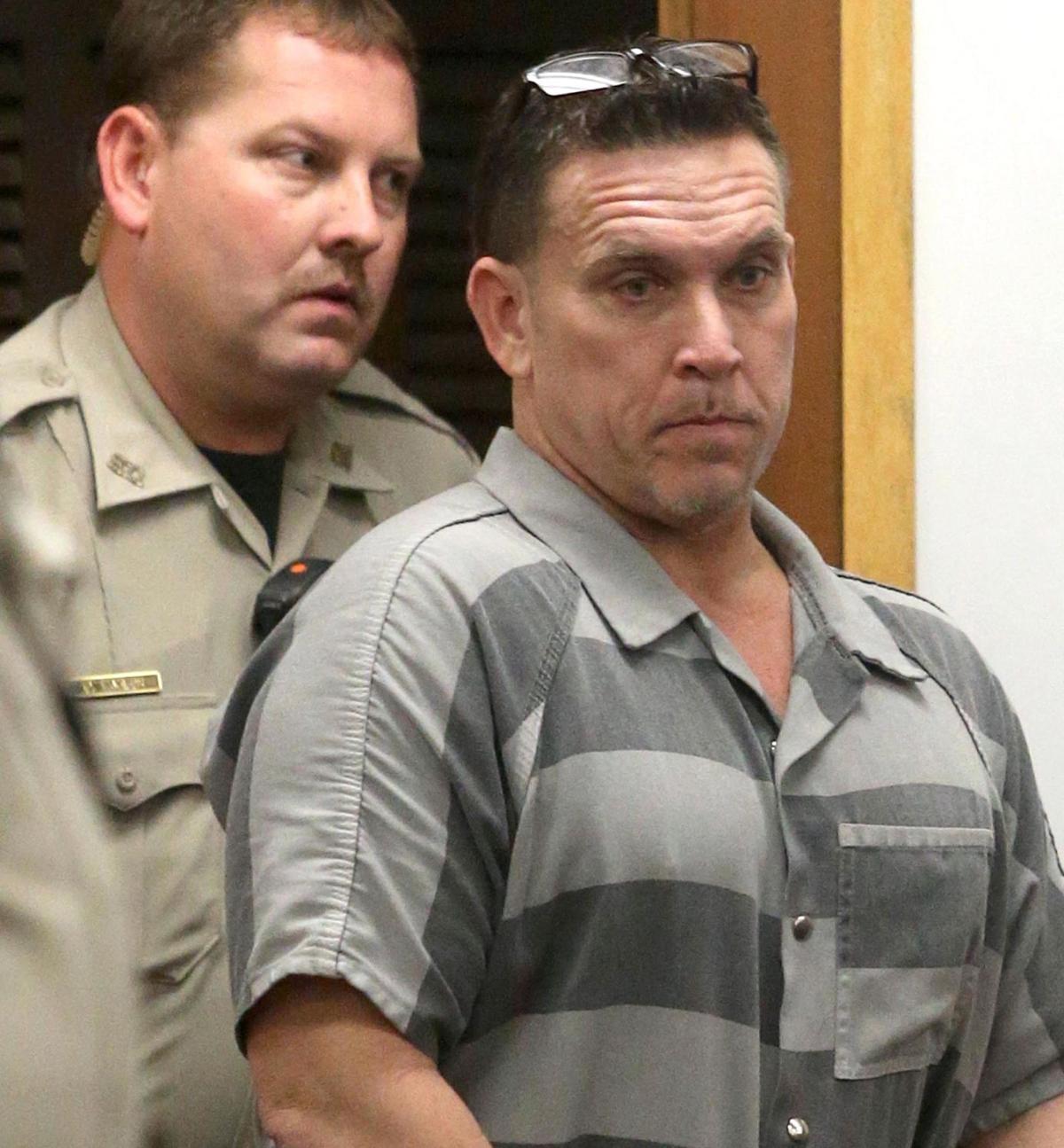 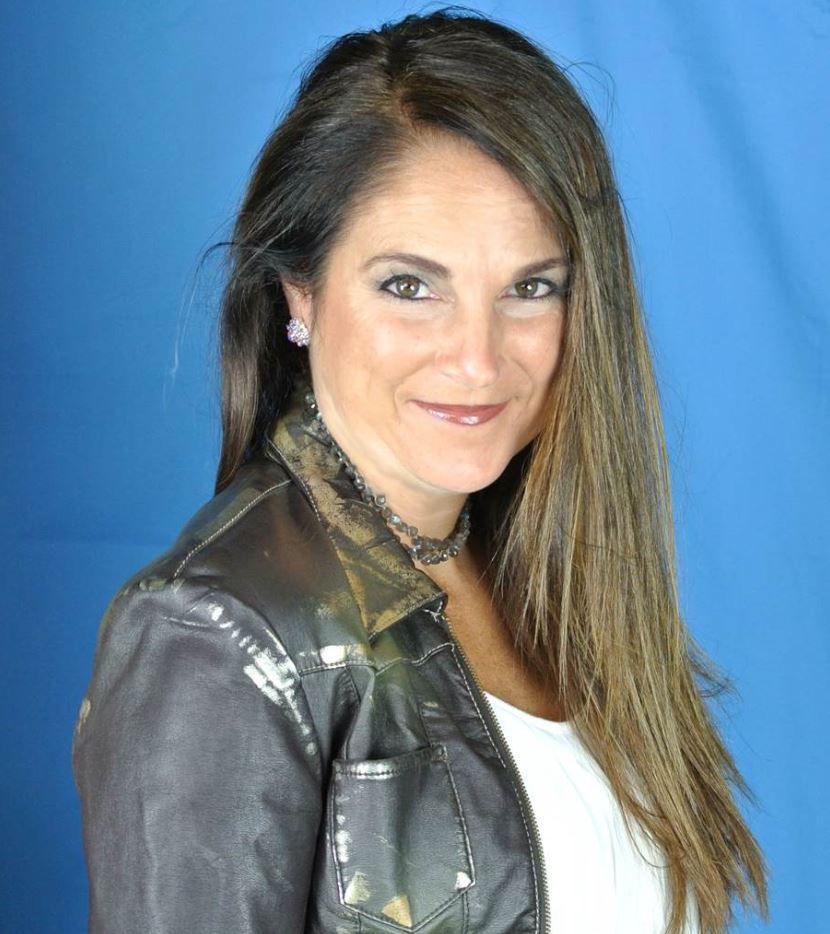