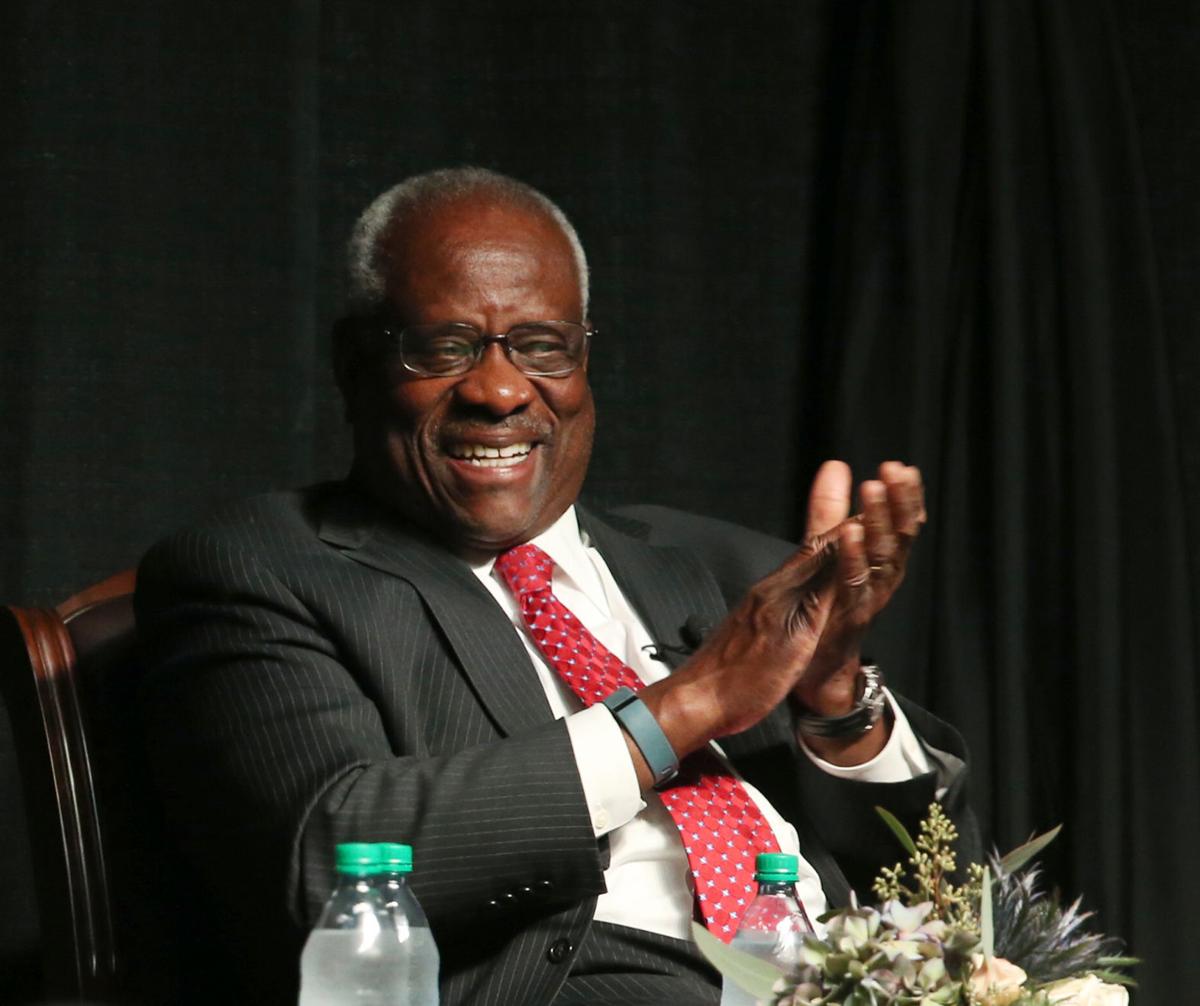 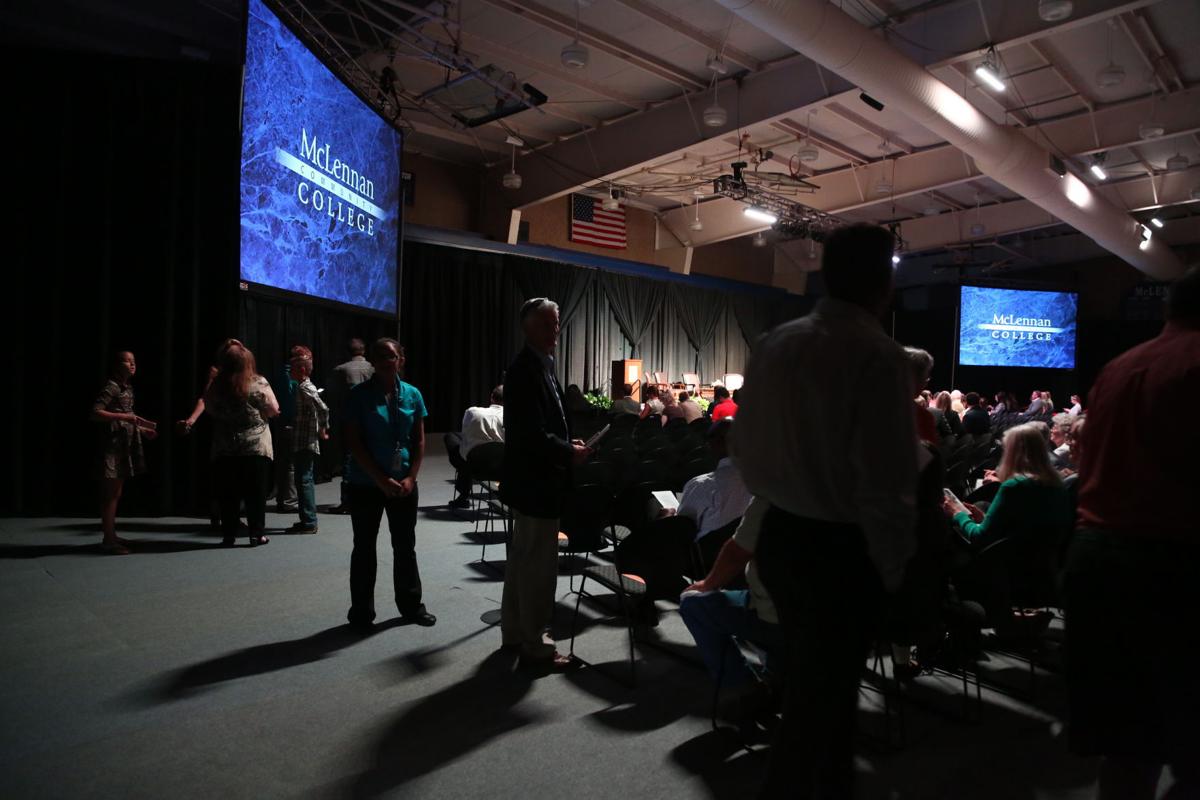 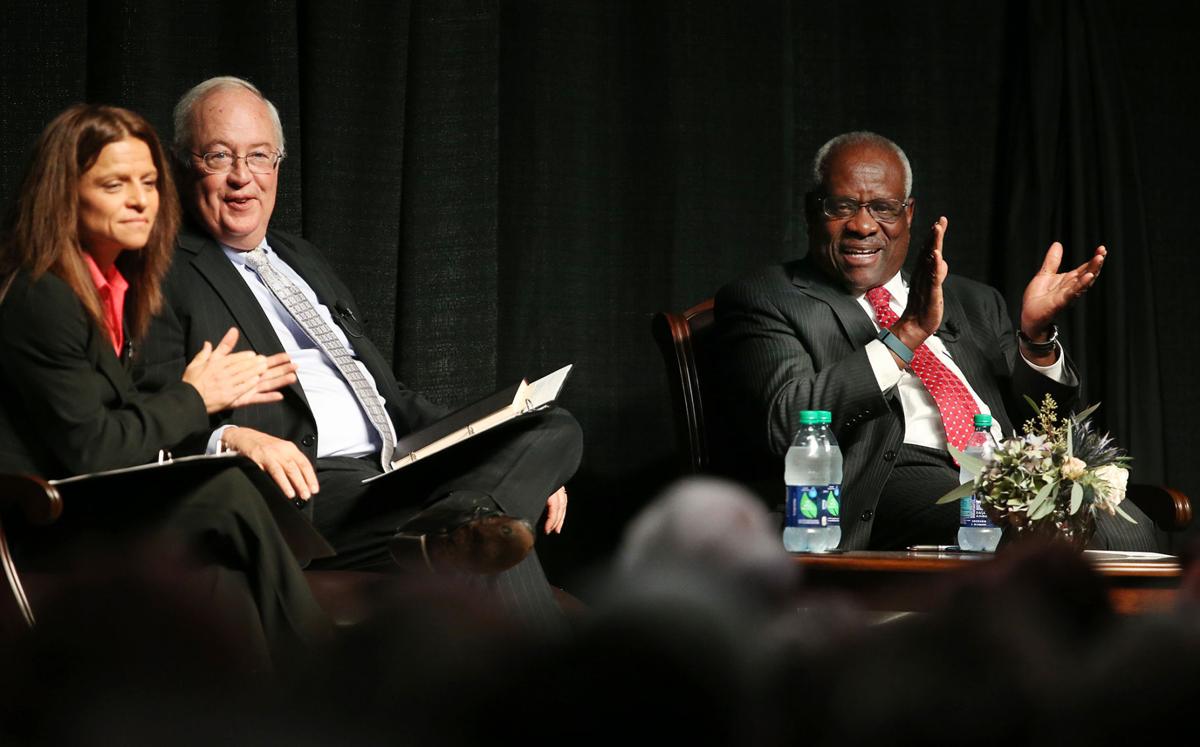 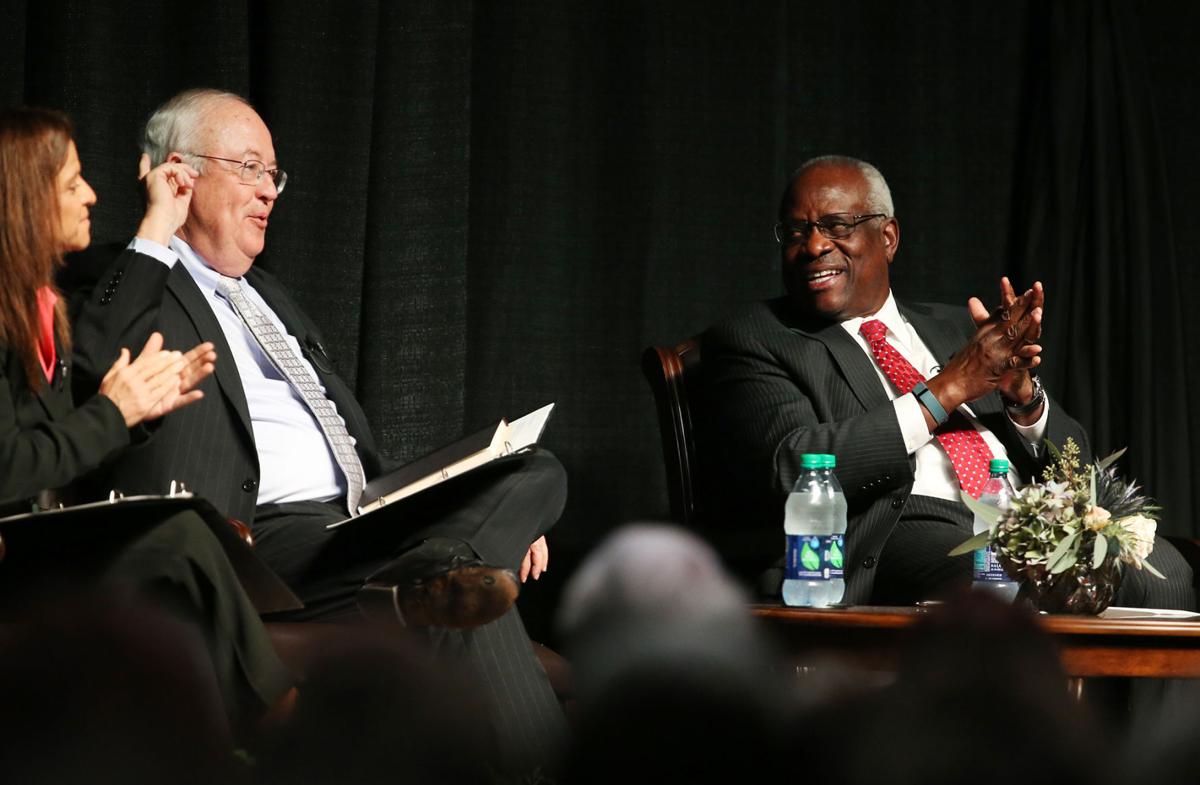 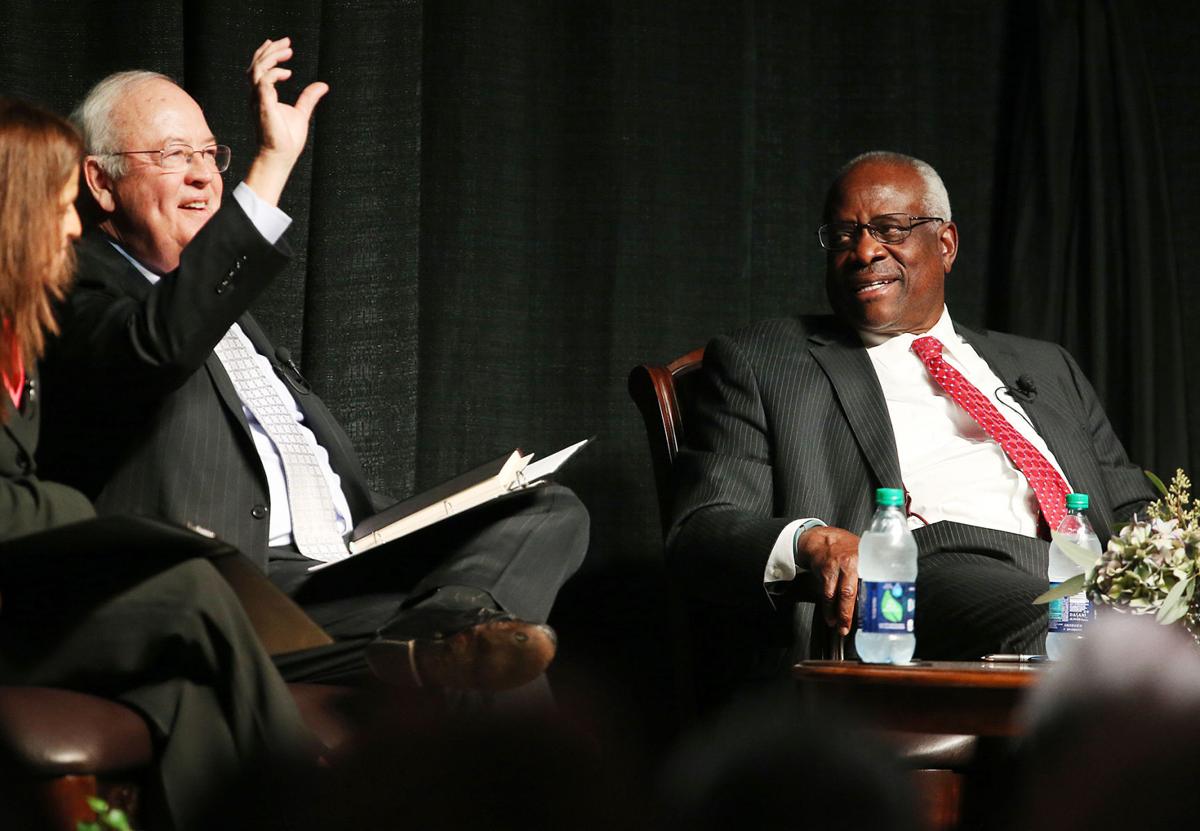 U.S. Supreme Court Justice Clarence Thomas said poverty and bad education know no race and that “systematically disenfranchised regular people” should have better access to the documents that shape government, as he addressed an audience Thursday night at McLennan Community College.

Thomas, considered a conservative member of the country’s highest court since his 1991 confirmation, discussed his rural Southern upbringing, explained his tendency toward simplicity and encouraged public civility during a discussion with former U.S. Solicitor General and former Baylor University President Ken Starr.

More than 2,000 people attended the free event at MCC’s Highlands Gym, where Thomas took the stage for an hour and a half with Starr, MCC history professor Ashley Cruseturner and MCC government professor Andi Ramon.

“I lived the most miraculous life, and it started with my grandparents,” Thomas said.

He spoke of his grandparents in Georgia accepting him and his brother in 1955 after Thomas’ house was burned down.

Thomas is known for his silence on the bench and recently broke a 10-year streak of not asking a question during oral arguments.

“If I’m not participating, maybe there’s nothing going on,” he said Thursday.

MCC President Johnette McKown, who has said Starr raised the idea for the event more than a year ago over coffee, introduced the pair of Washington, D.C., friends who were first acquainted during Ronald Reagan’s presidency. Thomas was chair of the Equal Employment Opportunity Commission while Starr was chief of staff to the attorney general.

Thomas spoke longingly for his grandfather, who would tell his grandson, “Poor is poor,” he said.

Thomas said things “elites in the North” have said about him are worse than any prejudice he faced growing up in the segregated South, and he said he was never called a racial slur at his high school where he was the only African-American.

“I don’t think it’s fair to others who have struggled to minimize or trivialize their struggles from poverty simply because they happen to be another color,” he said.

Cruseturner linked Thomas to President Abraham Lincoln because both men share a love of the Declaration of Independence.

“We’re inherently equal,” Thomas said. “We have certain inalienable rights: life, liberty and the pursuit of happiness. But in order to be governed, we give up some of those rights, but only so much as we need to give up to have a government.”

Starr, Ramon and Cruseturner praised Thomas for clarity in his opinions, to which Thomas said “systematically disenfranchised regular people” should have greater access to the founding documents that shape their government.

The panel transitioned from Thomas’ taste for simplicity to his reputation of being a “textualist” on the Supreme Court.

“They say you’re a textualist if you read the words of the Constitution,” Thomas said. “So why did you have the thing written if it wasn’t supposed to be read?”

Thomas joked that “you’re probably a progressive” if you read a “Stop” sign and believe the message applies whenever you want.

Starr asked Thomas about a lack of freedom of speech on college campuses, which some have said limits rights under the First Amendment.

“I think that we are going to have some very, and I don’t want to get too far on this, I think we’re going to have people who are picking and choosing who gets protection, and that’s precisely what the First Amendment was to avoid,” he said.

“Common bonds of shared experience” unite the Supreme Court in an age of increased political polarization, Thomas said. Justice Antonin Scalia, who died in 2015, and Justice Ruth Bader Ginsburg would each “light up” when the other one entered a room.

“There’s much more than whether I thought blue was a good color or red is a good color, or whether I thought the First Amendment meant this or you thought it meant something different,” Thomas said. “I think, in the court, we have an environment where people think the constitution and the institution of the court and your rights are much more important than our opinions about them.”