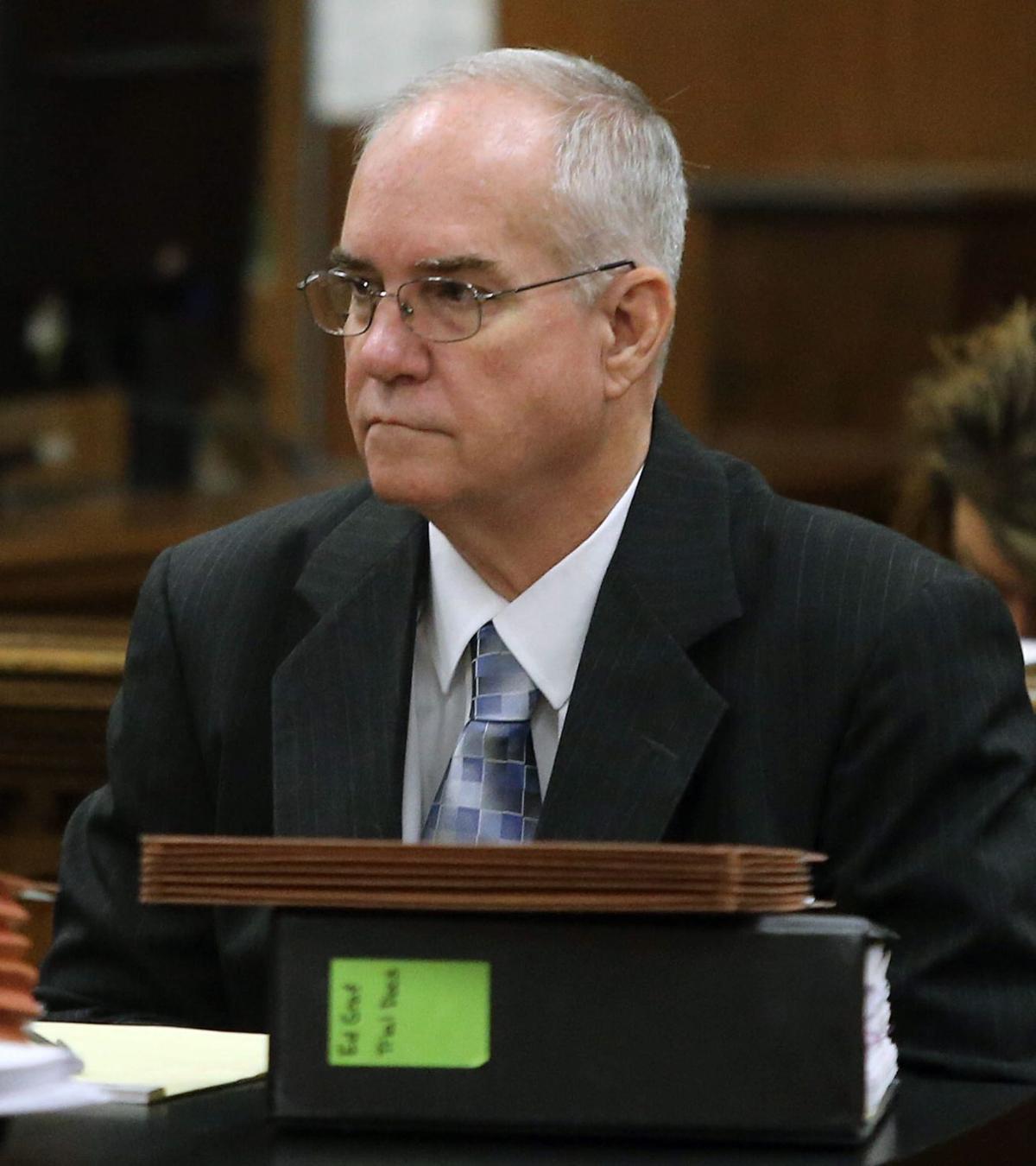 Ed Graf is seeking to have an ankle monitor removed as a term and condition of his parole. 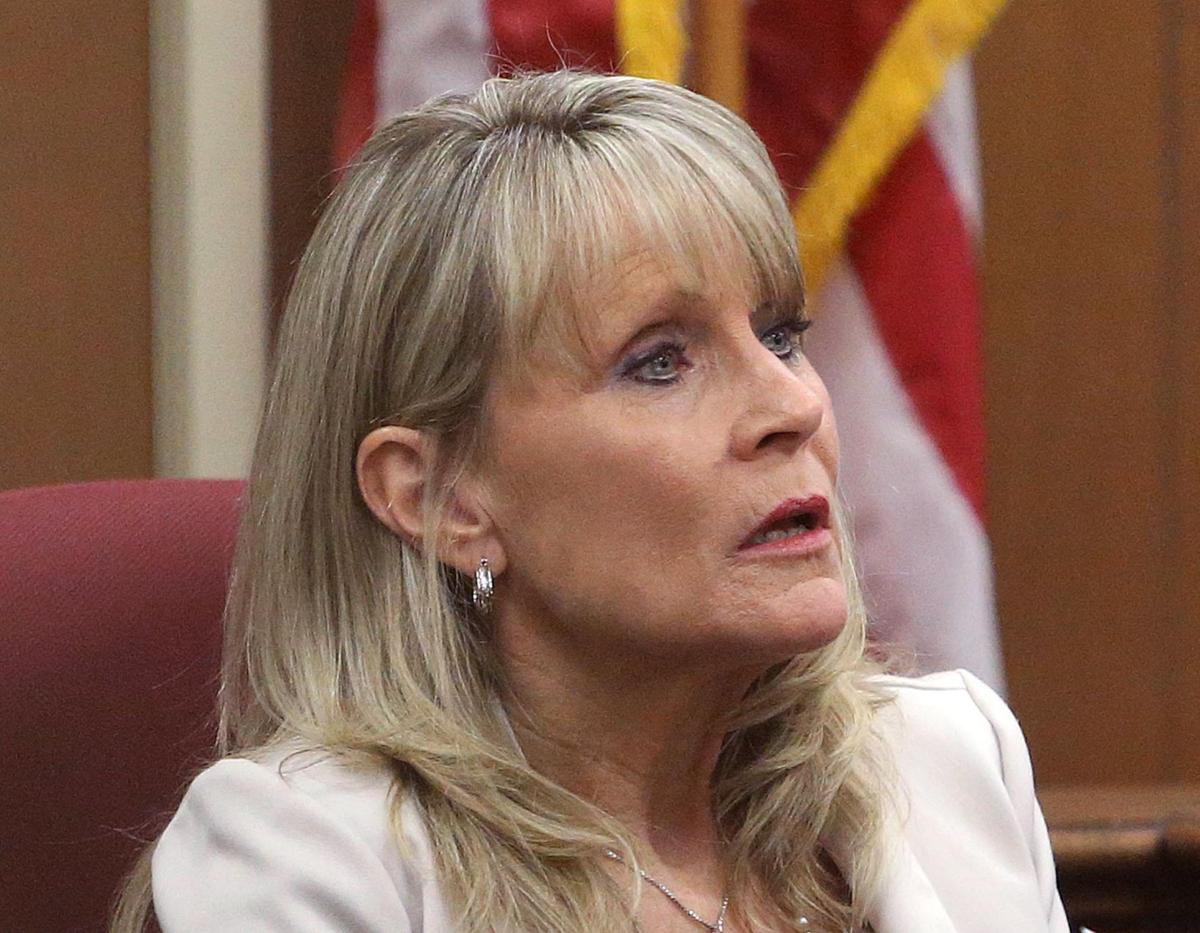 Clare Bradburn, the mother of the Jason and Joby Graf, testifies at her ex-husband’s capital murder retrial. She is asking the state to continue requiring Graf to wear a GPS ankle monitor as a condition of his parole.

Clare Bradburn is still not happy her ex-husband, Edward E. Graf Jr., is not in prison.

But if the confessed double murderer has to be out on parole, Bradburn wants him to continue to wear a GPS ankle monitor so parole officials can keep close tabs on him.

Graf, 64, was sentenced to 60 years in prison in October 2014 and will be on parole until 2048. He was released on mandatory parole seven days after he pleaded guilty in 2014 to killing his two adopted stepsons in Hewitt in 1986.

As a condition of his parole, Graf was placed in the Super-Intensive Supervision Program and ordered to wear a GPS ankle monitor. Graf has travel restrictions and has been forbidden from entering or living in certain counties, including McLennan, Denton, Dallas, Harris, Wichita and Henderson counties.

Graf sought to have the ankle monitor requirement lifted last year, but parole officials say the volume of protest letters and emails they received swayed their decision to deny Graf’s request.

The condition is up for review each year, and Bradburn again is trying to mobilize opposition forces. She is asking others opposed to Graf’s request to write the Board of Pardons and Paroles in Austin.

Bradburn said it is frustrating to have to fight the battle each year. But, it is one she will continue because she feels strongly that Graf remains a threat to her and her family and possibly others.

“It is time again to protest the removal of electronic ankle monitoring from the murderer of my little boys,” Bradburn said. “Ed Graf committed the ultimate heinous crime of burning two children alive. How much worse could it be? And he wants to be free of having to submit his daily activities and not wear the device? We stand strong together to fight for our protection. Family, friends and others who testified against Ed will continue this protest process indefinitely.”

Graf spent three months at a halfway house before parole officials approved his new residence in Kerrville. He is working a construction job there, officials said.

Graf served 25 years in prison after his 1988 conviction in the deaths of the boys, who died in a shed fire behind Graf’s home in Hewitt. The Texas Court of Criminal Appeals awarded Graf a new trial in March 2013, ruling the arson evidence at his first trial was flawed.

At his retrial two years ago, Graf was sentenced to 60 years in prison after he struck a deal with McLennan County District Attorney Abel Reyna moments before a jury reached a guilty verdict after 11 hours of deliberations.

One of Graf’s retrial attorneys, Michelle Tuegel, said she wrote a letter to the parole board in September asking officials to allow Graf to remove the GPS monitor because he has complied with the terms and conditions of his parole.

Bradburn said those wanting to write the board should use Graf’s TDC number, 00484971, and send emails to victim.svc@tdcj.texas.gov. Emails should say “Attention: Analyst.”

Convicted double-murderer Edward E. Graf Jr. must wear a GPS ankle monitor while on parole for at least another year, after his request to hav…

The Texas Board of Pardons and Paroles is considering whether to allow convicted murderer Edward E. Graf Jr. to remove a GPS tracking device f…

Convicted murderer Edward E. Graf Jr., who was sentenced to 60 years in prison in October, is settling into his new apartment in Kerrville, mo…

After family members, lawyers and the media waited all day Monday for Edward E. Graf Jr. to be released from a Huntsville prison, Graf was qui…

Graf held in prison another day while awaiting parole certificate

Freedom proved to be elusive for convicted murderer Edward E. Graf Jr. on Monday as prison officials waited on paperwork and delayed his expec…

Edward E. Graf Jr. will be released from prison Monday and sent to a Travis County halfway house, six days after he admitted killing his two a…

Graf on ‘fast track’ to freedom after transfer to Huntsville

Edward E. Graf Jr., was transferred to prison Friday morning and appears to be on the fast track to freedom, likely within a week.

Edward E. Graf Jr. is eligible for mandatory release from prison, likely to come within 30 days of his return to the facility, a parole expert…

After proclaiming for 26 years that he was wrongfully convicted, Edward E. Graf Jr. admitted Tuesday he killed his two adopted stepsons.

Ed Graf is seeking to have an ankle monitor removed as a term and condition of his parole.

Clare Bradburn, the mother of the Jason and Joby Graf, testifies at her ex-husband’s capital murder retrial. She is asking the state to continue requiring Graf to wear a GPS ankle monitor as a condition of his parole.