The parents of a toddler who drowned two years ago in a “dilapidated” swimming pool near a home the family was leasing have filed a lawsuit against the property owners and a lawn care company who maintained the yard.

The Watsons’ 2-year-old son, Bentley Daniel Watson, drowned May 16, 2016, when he awoke early, managed to get out of the house while his parents were asleep and fell into the murky pool. Both parents have since pleaded guilty to felony child-injury charges in their son’s death.

Jess Mason, an attorney with O’Conor, Mason and Bone in Houston who represents Dwyer Investments, said he is “very surprised” the Watsons filed the lawsuit.

“The story of the parents has changed several times,” Mason said. “Originally, they pointed the finger at their roommate, claiming the roommate left the door open and unlocked. Now, they are pointing the finger at Dwyer. They are just trying to avoid responsibility for their actions. It is a tragic circumstance. We feel badly about what happened to this family, but, ultimately, the parents are responsible for what happened and their guilty pleas certainly support that.”

When the Watsons moved in as tenants, the pool had a high fence around it with a sliding gate that was padlocked with a chain, Mason said. The Watsons had the key to the padlock, he said.

“The only way to get in there was to unlock it, and somebody did that, but it was not Dwyer Investments,” Mason said.

Travis Clark said he had no knowledge of the lawsuit and declined comment.

The lawsuit was filed on the Watsons’ behalf by Houston attorney Dwayne Newton, who did not return phone messages Friday. According to the suit, the couple leased a home at 201 Tennessee Ave. from Dwyer Investments in February 2016. Adjacent to the property, also owned by Dwyer, is a “rundown, dilapidated swimming pool” that had not been maintained for many years, the suit states.

“As a result, the fence meant to secure the pool was falling down as well as the gate to the pool,” the suit alleges. “Both were virtually impossible to properly secure and as such constituted an extremely dangerous condition, particularly to small children. Despite actual knowledge of the pool’s unsecured and dangerous condition, Defendant Dwyer never made any effort to repair or properly secure the pool and surrounding area.”

The suit states that while Dwyer excluded the pool and its surrounding area from the rental property, the lease required the Watsons to maintain the lawn around the pool.

“Although Dwyer was on notice that a small child would be living immediately adjacent to its unsecured and dilapidated pool, the company made no effort to eliminate or repair the pool and its surrounding fence and gate,” the lawsuit alleges.

The suit claims employees from Travis Clark’s Lawns of Texas failed to properly secure the gate after mowing the grass the week the boy drowned.

Tiffany Watson, 22, and Matthew Watson, 24, both pleaded guilty to injury to a child in their son’s death. Judge Ralph Strother of Waco’s 19th State District Court placed Tiffany Watson on deferred probation for 10 years in February.

According to records filed in the criminal case, Tiffany Watson told police she was asleep until about 9:45 a.m. When she woke up, she could not find her son and searched for him before calling police at 10:30 a.m.

Police searched for the toddler and found a blanket on the pool’s diving board. Police noticed the water appeared to be disturbed, but they could not immediately see the boy because the water was cloudy.

Mother pleads guilty to injury to a child for drowning death of son, 2

A Waco mother of a 2-year-old boy who drowned in a family pool last year pleaded guilty Monday to injury to a child for her role in the incident. 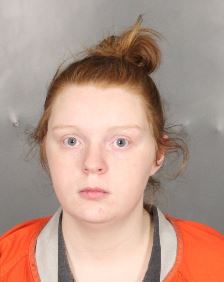 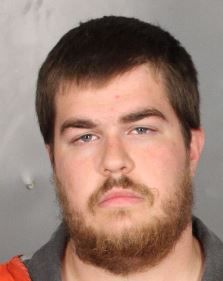