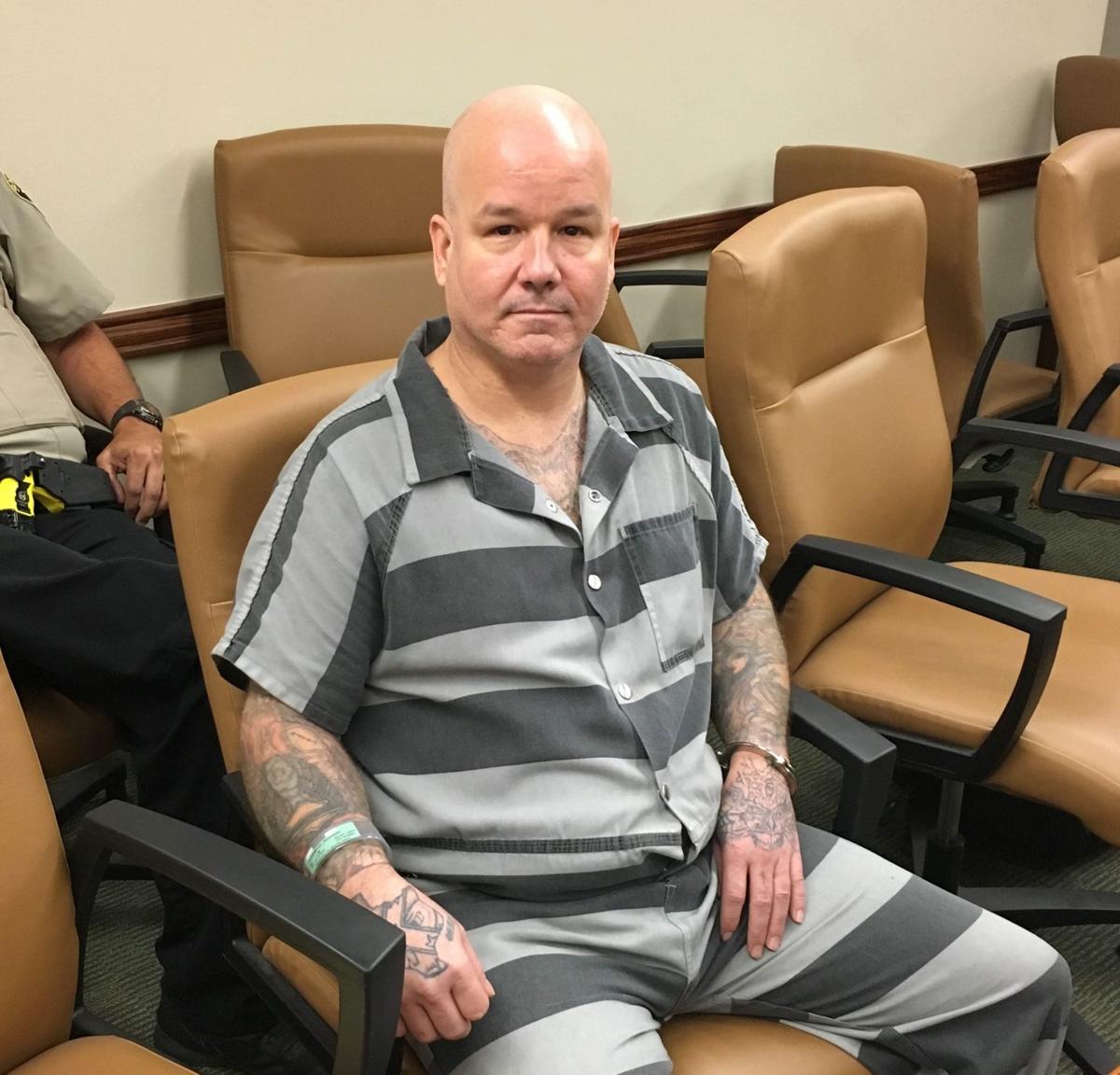 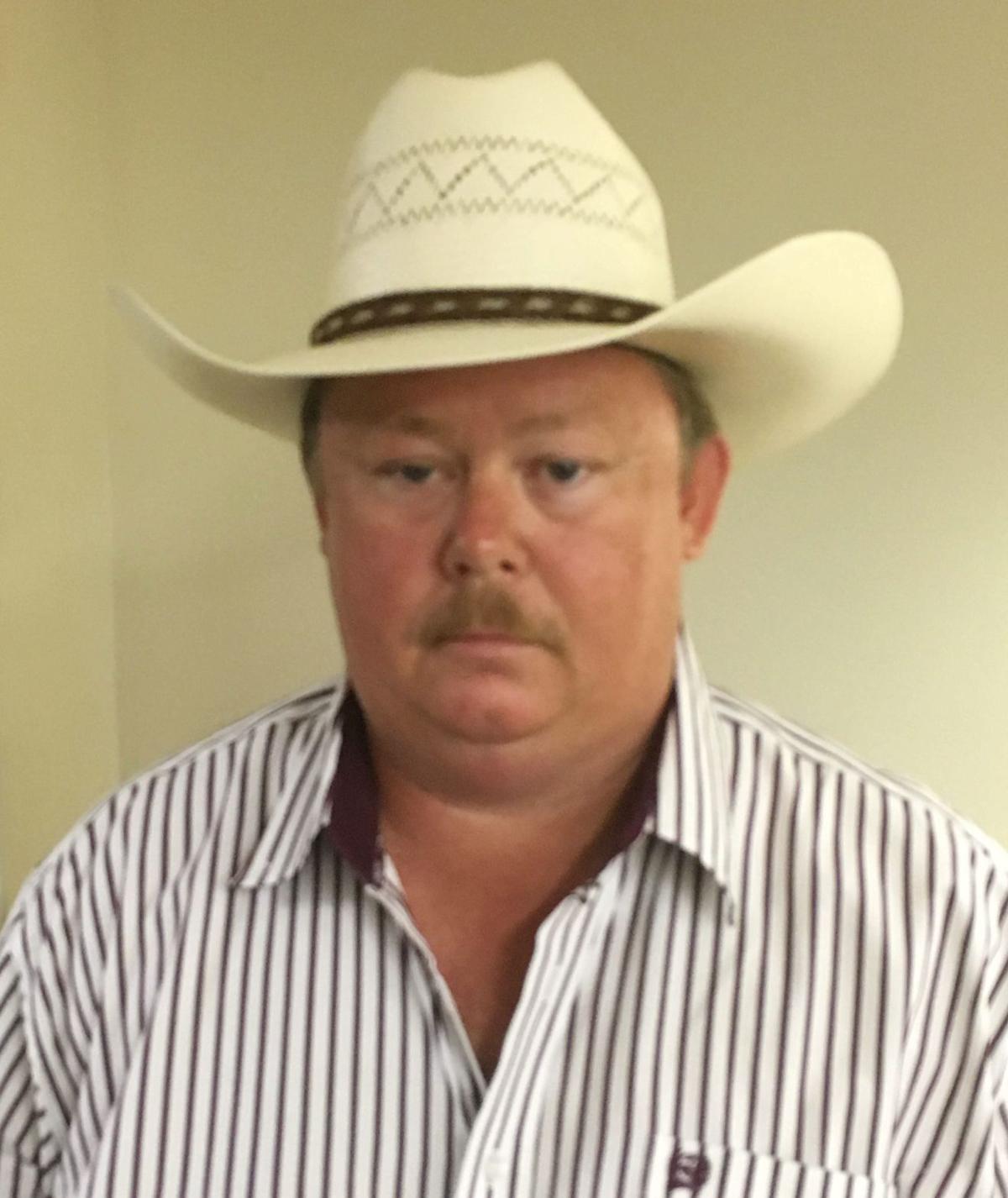 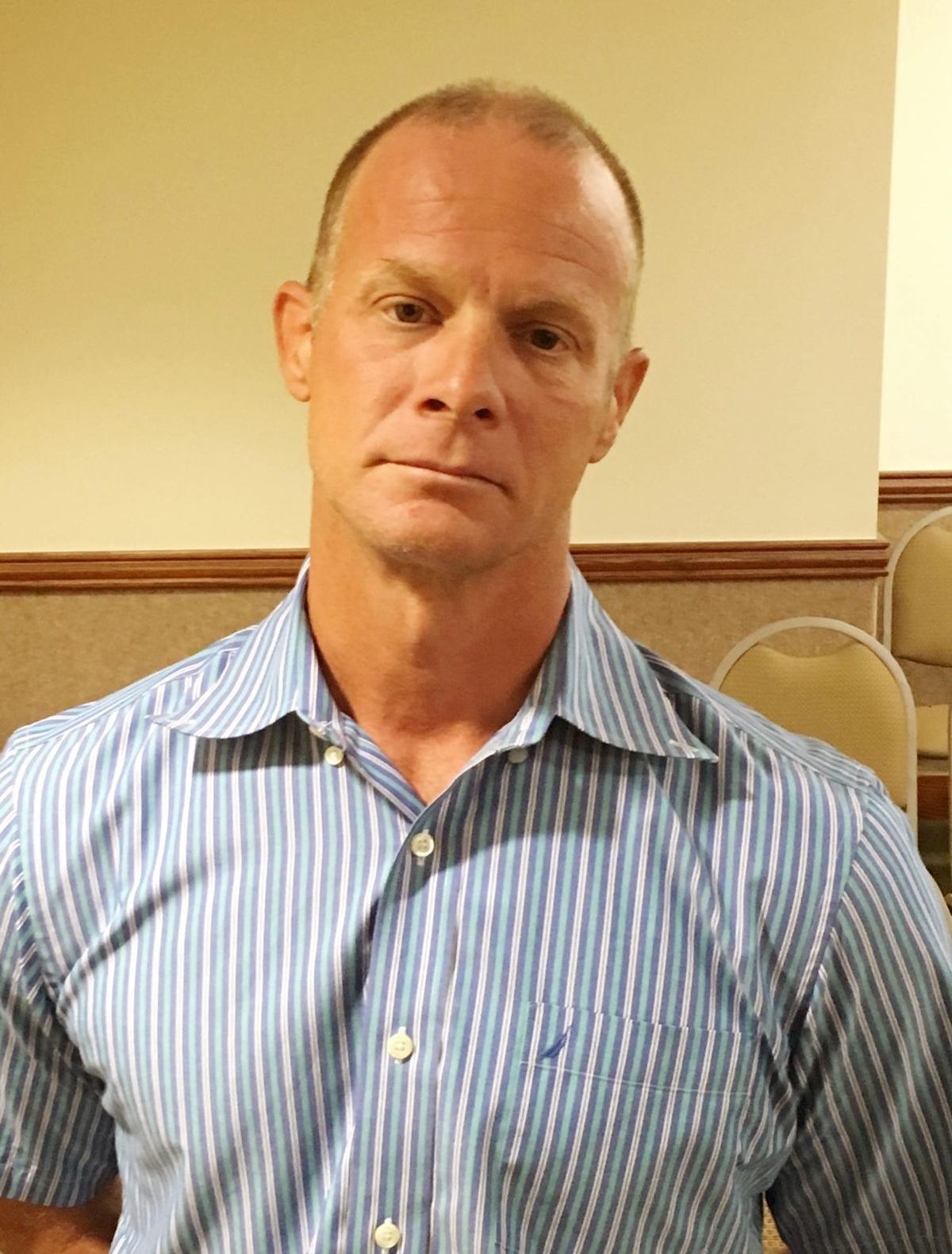 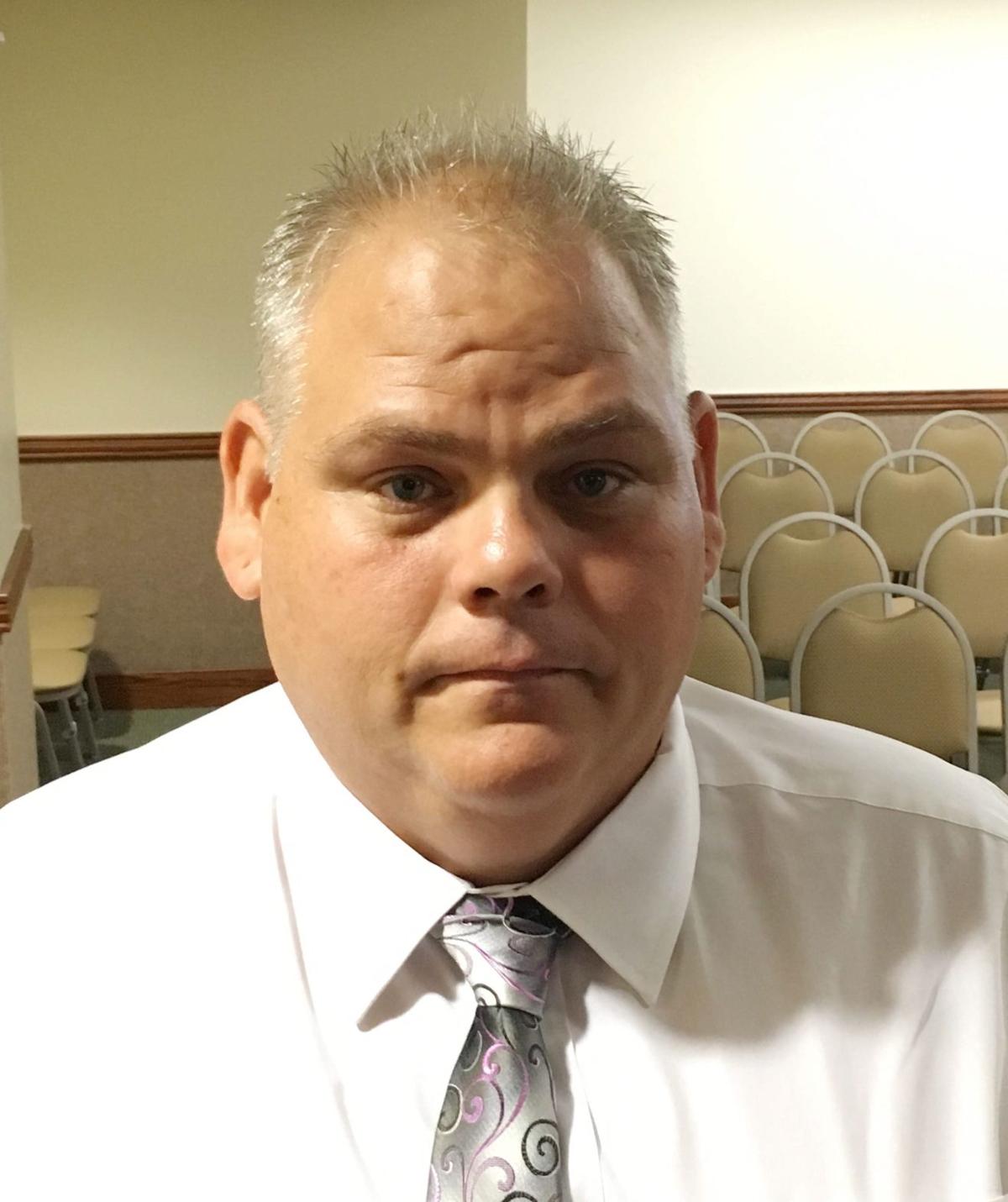 Richard Bryan Kussmaul’s three co-defendants testified Wednesday that they gave false confessions at Kussmaul’s capital murder trial 22 years ago because they were coerced by a deputy who threatened them with the death penalty and promises of probation.

Kussmaul is serving a life prison term in the 1992 shooting deaths of Leslie Murphy, 17, and Stephen Neighbors, 14, in a mobile home near Moody.

James Edward Long, Michael Dewayne Shelton and James Wayne Pitts Jr. testified at Kussmaul’s 1994 trial in Waco that all four of them raped the girl before Kussmaul shot both victims in the back with a high-powered rifle.

Long, Shelton and Pitts recanted their confessions soon after they were sentenced to 20 years in prison for sexually assaulting the girl.

Long and Pitts both served their full 20-year terms, while Shelton served 17 years before his release. All three testified Wednesday at a hearing ordered by the Texas Court of Criminal Appeals on the four defendants’ claims that they are innocent of the crime and that DNA evidence excludes all four in the sexual assault.

The four are hoping for a finding of actual innocence, which would put them in line for a big payout from the state of Texas and relieve them of further requirements to register as sex offenders. The next- best outcome from the hearings could be a ruling from the Court of Criminal Appeals that they deserve a new trial.

Retired State District Judge George Allen, who presided over Kussmaul’s trial in 1994, ruled at a hearing two years ago that if modern DNA testing had been available in 1992, it is “reasonably probable” that Kussmaul and the three co-defendants would not have been convicted. That ruling was affirmed in May 2015 by Waco’s 10th Court of Appeals.

After an appeal by the McLennan County District Attorney’s Office, the Court of Criminal Appeals ordered the trial court to conduct additional hearings in the case, which will continue Thursday.

Attorney Scott Brister, a former justice on the Supreme Court of Texas, is representing Shelton.

“Nothing that happens here today can change what the DNA says, and it says this woman was sexually assaulted and it wasn’t any of these four people,” Brister told the judge. “There is no way the three men who testified committed the sexual assault because the DNA belongs to somebody else.”

Long, Shelton and Pitts told similar stories Wednesday. All charged that former McLennan County Sheriff’s Detective Roy Davis threatened them with the death penalty and coerced them into signing 15-page confessions that he wrote. They charged he tailored their stories to match the evidence and that later, former prosecutor Mike Freeman, who is now a McLennan County court-at-law judge, got them together so their stories would be consistent during their trial testimony against Kussmaul.

Davis, who was in court Wednesday, said he could not comment on the accusations because he is a potential witness at the hearing. Freeman also declined comment Wednesday.

“I confessed because I was scared of going to prison or, worse, getting the death penalty,” said Long, who now works as a refrigeration technician in Odessa.

Davis told him to confess or he would ensure that he got the death penalty, Long said, adding that Davis grabbed his arm, pointed to a vein and promised that is where the needle would be inserted. He said he signed the confession, which was not truthful, because Davis and Freeman promised he would get probation.

“I was willing to say anything they wanted me to say because I thought I was getting probation and no prison time,” Long said. “I had two small children and I was afraid of going to prison for life or, worse, getting executed.”

After the three testified in graphic detail about the killings and sexual assaults at Kussmaul’s trial, Allen rejected the plea offers for probation and gave the men a chance to withdraw their guilty pleas. They declined, and the judge sentenced them to 20 years in prison, the maximum penalty for sexual assault.

Long, who went to school with Kussmaul and lived near him between Moody and Eddy, turned to Kussmaul during the hearing and said, “I feel sorry that I ruined your life along with mine.”

Kussmaul did not testify Wednesday.

Under cross-examination, prosecutor Michael Jarrett asked Long how someone could tell if he was lying in 1994 or lying now, adding that he and the others are opening themselves up to possible aggravated perjury charges.

Jarrett said if Long’s story is to be believed, he and the others were victims of a “massive conspiracy” involving most of the McLennan County criminal justice system. He asked if the story was made up, why did the three decide that Kussmaul shot the teens?

Shelton said he is a heavy machine operator in San Antonio. He said he took at least two polygraph exams after Davis identified him as a suspect, but he was never told the results of either.

“(Davis) was cussing at me and told me he knows I did it and he said if I don’t come clean, he was going to make sure I got the death penalty,” Shelton said. “I had a 2-week-old daughter at the time, and he said he would make sure she would be turned over to CPS and my ex-wife would go to prison because she must have known something about the murders, too.”

Shelton said on the night of the murders, he and Kussmaul were at the trailer home near Moody with two women playing cards and drinking beer. He said they had nothing to do with the murders.

“He deserves to be out,” Shelton said. “He didn’t have anything to do with it.”

Pitts, 45, said he is living in Dallas and is having a hard time finding a job because of his sex-offender status. He said Davis kicked him in the stomach, grabbed his face, slammed his head against a wall and threatened him with execution.

“That’s when I told him what he wanted to hear,” Pitts said. “I was scared I was going to be charged with capital murder and sentenced to death.”

In his previous ruling, Judge Allen wrote that an unknown man’s DNA was found on a number of clothing items from the victims and that the four defendants in the case were excluded as contributors of the DNA.

Allen also noted that a hair that couldn’t have belonged to the four defendants was collected from the victims’ bodies.

“The probative value of the testimony given by Long, Pitts and Shelton at Kussmaul’s trial is outweighed by the persuasiveness of the physical evidence . . . for two primary reasons,” the judge wrote.