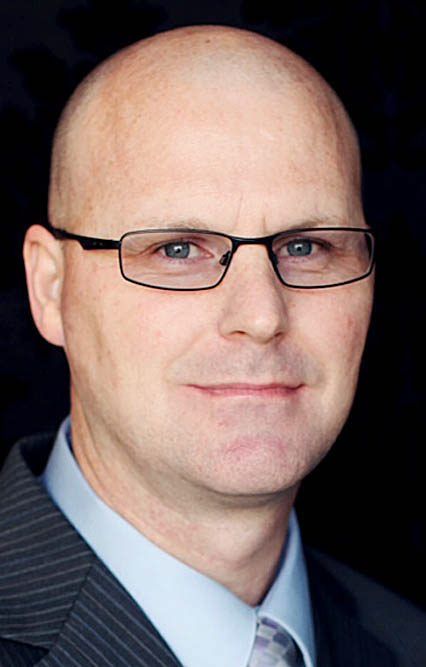 Hill County Sheriff Michael Cox, a captain and a jailer are free on bail after their arrests Wednesday stemming from an investigation by the Texas Commission on Law Enforcement into an alleged law enforcement licensing scandal.

Arrest warrants were issued Wednesday for Cox, 39, a former Hillsboro police officer who became sheriff in January 2013, and two of his top administrators.

Cox’s chief deputy, Mark Wilson, also is charged and was reported to be turning himself in at the Parker County Jail, but there was no record of that Wednesday afternoon.

Cox is charged with three counts of tampering with a government document — a felony punishable by up to two years in a state jail facility.

While Cox vows to fight the charges, a judge issued an order temporarily removing Cox from office Wednesday and appointed an interim sheriff.

Wilson, 61, is charged with six counts of tampering with a government document and one count of breach of computer security, also a state jail felony.

Cox, Rodriguez and Winget surrendered themselves Wednesday afternoon at the Johnson County Jail.

Before a judge temporarily removed Cox from office, Dallas attorney Pete Schulte, who represents Cox, said he is confident that Cox will be back at work Thursday and that he will prevail in this legal battle.

“I have to say that the charges are laughable,” Schulte said. “I am disappointed in that they went through this investigation and got these arrest warrants without even talking to Sheriff Cox.

“They are making a bunch of assumptions and jumping to conclusions without getting the full story. As a former police officer, licensed by this very agency, I am very disappointed in their investigative skills.”

TCOLE is a state agency charged with training and licensing peace officers. Gretchen Grigsby, an agency spokeswoman, did not return phone calls to her office Wednesday.

Count 2 alleges that Cox filed a false report with the Texas Commission on Jail Standards by ordering another office employee to lie about reports that county jail inmates were seen in downtown Hillsboro in October 2014.

The third count alleges the sheriff used the Texas Commission on Law Enforcement data distribution system to obtain a telecommunicator’s license that he reportedly knew to be fraudulent.

The complaint against Wilson alleges he also coerced an employee to take Cox’s telecommunicator’s online exam for him, which charges he defrauded TCOLE and that Wilson notarized and submitted to TCOLE appointment certificates for five sheriff’s office employees without Cox’s original signature.

“When the documents were signed, the sheriff’s signature was stamped instead of bearing a true and correct original signature,” the complaint alleges, adding that the documents are required by TCOLE as notice that the employees were appointed to work in a licensed position.

The counts against Rodriguez and Winget allege that Rodriguez provided his computer password and user name to Winget, who reportedly took and passed the basic jail certification course for peace officers in Rodriguez’s name.

As a result, 40 hours of course work was credited to Rodriguez and he was awarded his county jailer’s license in January, according to records filed in the case.

Hill County District Attorney Mark Pratt said he was aware of the TCOLE investigation and has since recused his office from handling the cases.

Judge Lee Harris of 66th State District Court appointed Waco attorney David Deaconson as special prosecutor in the cases. Harris said he is “weighing his options” about whether to recuse himself from hearing the matters.

Morgan granted the temporary order and appointed sheriff’s office chief investigator Jess Collins as interim sheriff. No hearing date has been set for a final removal hearing, but Schulte said Cox will fight the motion “vigorously.”

Markwardt, who managed the sheriff’s office property room, is charged with stealing $560 that was seized in a criminal case in October 2013 and then deleting any reference to the seized funds on offense reports using a county computer.

His alleged crimes came to light when the wife of the man whose funds were seized asked that the funds be returned. Officials thought she was lying about the money because there was no report of it being seized, the records state.

But Hill County officials called in the Texas Rangers to investigate after the woman produced a copy of the sheriff’s office report, which reflected the seized assets.

A former Hill County sheriff’s deputy, the father-in-law of suspended Hill County Sheriff Mike Cox, was placed on deferred probation after his…

Wes Collins knows it is going to take some time, but he says he is confident the Hill County Sheriff’s Office can recover from the “black eye”…