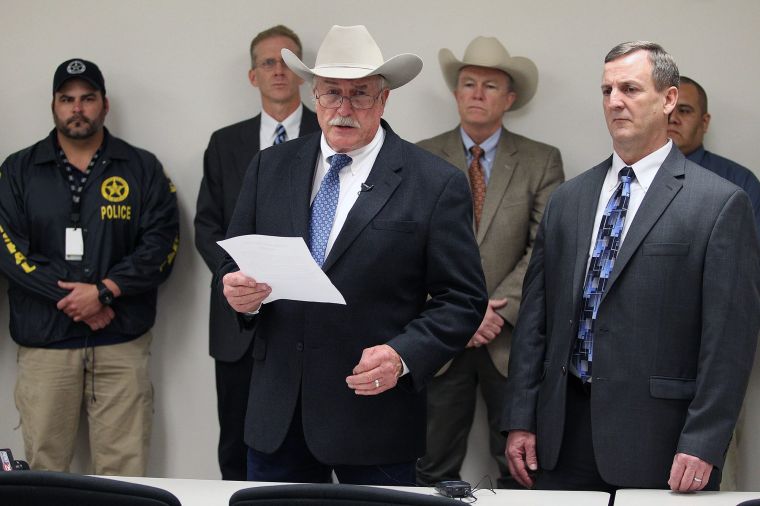 McLennan County Sheriff Parnell McNamara, center, said in a press conference Thursday morning that an investigation shows inmate William Ray Phillips, 63, tried to hire a hit man to kill the judge who sent him to prison. 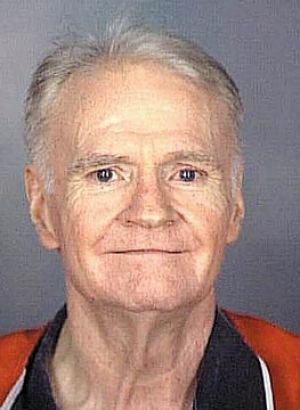 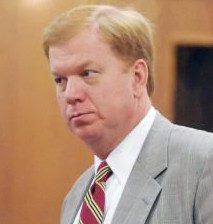 A sex offender sentenced to 10 years in prison was charged Wednesday in an alleged scheme to hire someone to kill the Waco judge who sent him there.

Sheriff Parnell McNamara said in a press conference Thursday morning that the investigation shows Phillips initially wanted to kill three Waco public officials, but was willing to pay for only one — a judge.

McNamara said the three officials were notified and appropriate security measures were taken.

Johnson sentenced Phillips to 10 years in prison in January 2013 after Phillips insisted on representing himself at his trial for ignoring his lifetime requirement to register as a sex offender.

According to arrest records, Phillips was in the Jack Harwell Detention Center in July and was overheard talking to another inmate about hiring a hit man to kill the judge in his case.

The inmate told Sheriff’s Office Detective Eric Carrizales that Phillips told him he wanted to find someone to kill the judge, records indicate.

Carrizales wrote in an arrest complaint that he contacted an undercover police officer, who met with Phillips and “a contract was arranged.” On Feb. 11, Phillips met with the undercover officer and hired him to kill Johnson for $30,000, according to the arrest complaint.

“Phillips was given several opportunities to abandon this endeavor,” the complaint states. “Phillips maintained his intent to carry out this murder.”

The complaint does not mention Johnson as the intended target, and the sheriff did not identify the judge. Johnson confirmed Thursday morning that he was the target and said he recused himself about six weeks ago on any matters involving Phillips’ post-conviction appeals.

McNamara credited a joint investigation conducted by the sheriff’s office, the FBI, U.S. Marshals Service and the Bureau of Alcohol, Tobacco, Firearms and Explosives.

“This is yet another example of what can be accomplished when all law enforcement work together for a common goal,” McNamara said.

Phillips was sentenced to 46 months in federal prison after his conviction in 2002 for possessing more than 800 images of child pornography on his computer, including photos of a relative. Because of that conviction, he was required to register annually as a sex offender for the rest of his life.

Phillips also was convicted in state court in 2007 and sentenced to 99 years in prison for the sexual abuse of that relative.

The Texas Court of Criminal Appeals overturned that 2007 conviction last year, and Phillips was released after the court determined that the statute of limitations to arrest Phillips expired 14 years earlier.

Phillips said he thought his obligation to register ended when his state conviction was overturned.

Phillips also is being held on allegations that he violated the terms of his federal supervised release, officials said.

McLennan County Sheriff Parnell McNamara, center, said in a press conference Thursday morning that an investigation shows inmate William Ray Phillips, 63, tried to hire a hit man to kill the judge who sent him to prison.